The move to Tajikistan has come with a handful of unique experiences. Even in just the past three months I’ve done some things I don’t think I would ever do anywhere else. The most fun thus far has been participating in Vogue Dushanbe 2015. 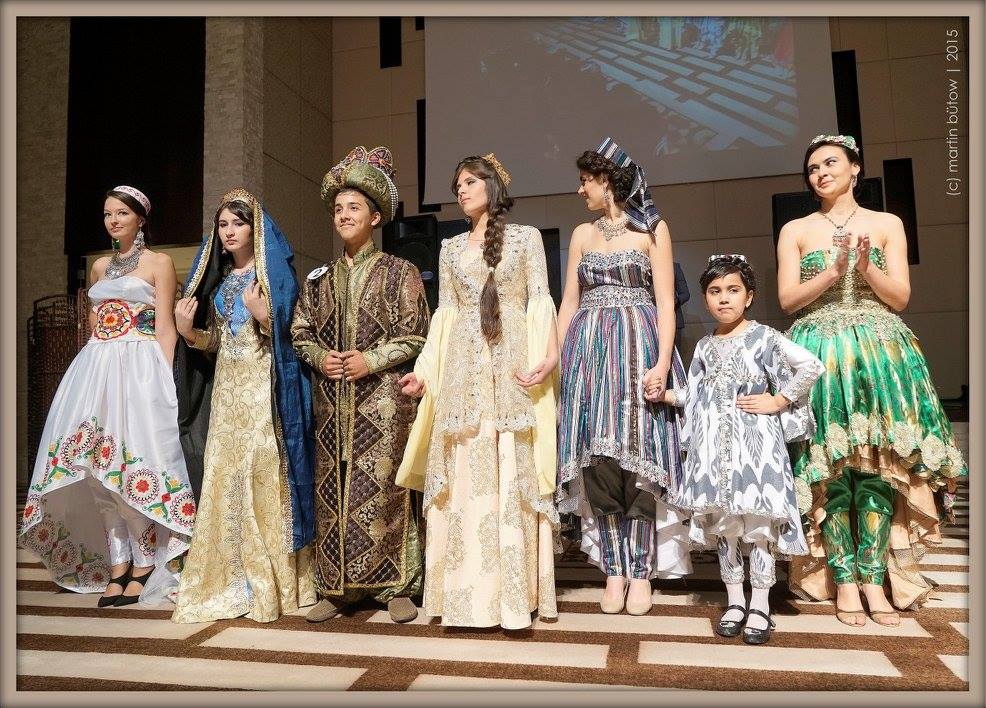 I was approached by Manuchehra Shaknamova at Ambassador Elliott’s farewell. She asked if I’d like to model in a show at the Hyatt. She’s a designer in Dushanbe and has been making dresses for the Ambassador for years. I of course said heck yes! Who wouldn’t want to do a fashion show?!

Then it dawned on me. I would have to walk. In heels. Probably high high high heels. In front of who knows how many people. In a dress. In heels. At the Hyatt. With people watching me. In HEELS.

My head was spinning.

Did I mention I tend to walk like a newborn deer in heels? Yeah. Seriously. Picture a brand new baby deer. That’s me.

But Manuchehra and my wonderfully supportive Embassy community encouraged me to go for it. We had a few rehearsals before the big day. I understood approximately 10% of what was being said but I found some girls who spoke English who helped me out immensely.

Then came the big day. 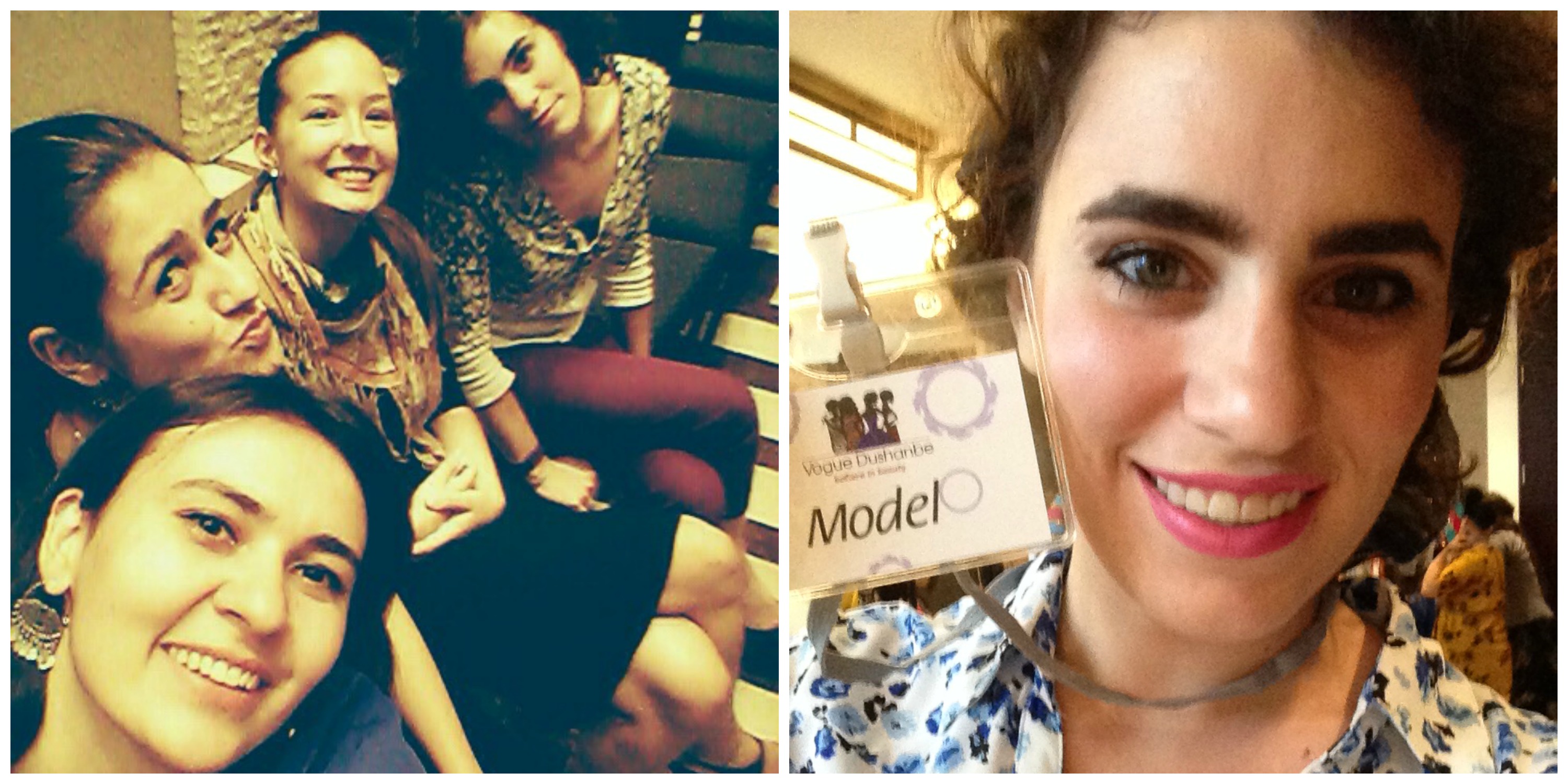 The idea of the show was a celebration of fashion and family. Each designer had a different stage of life. Dating, marriage, pregnancy, mother and child, etc. I happened to be in the wedding group and let me tell you the dresses were absolutely amazing. 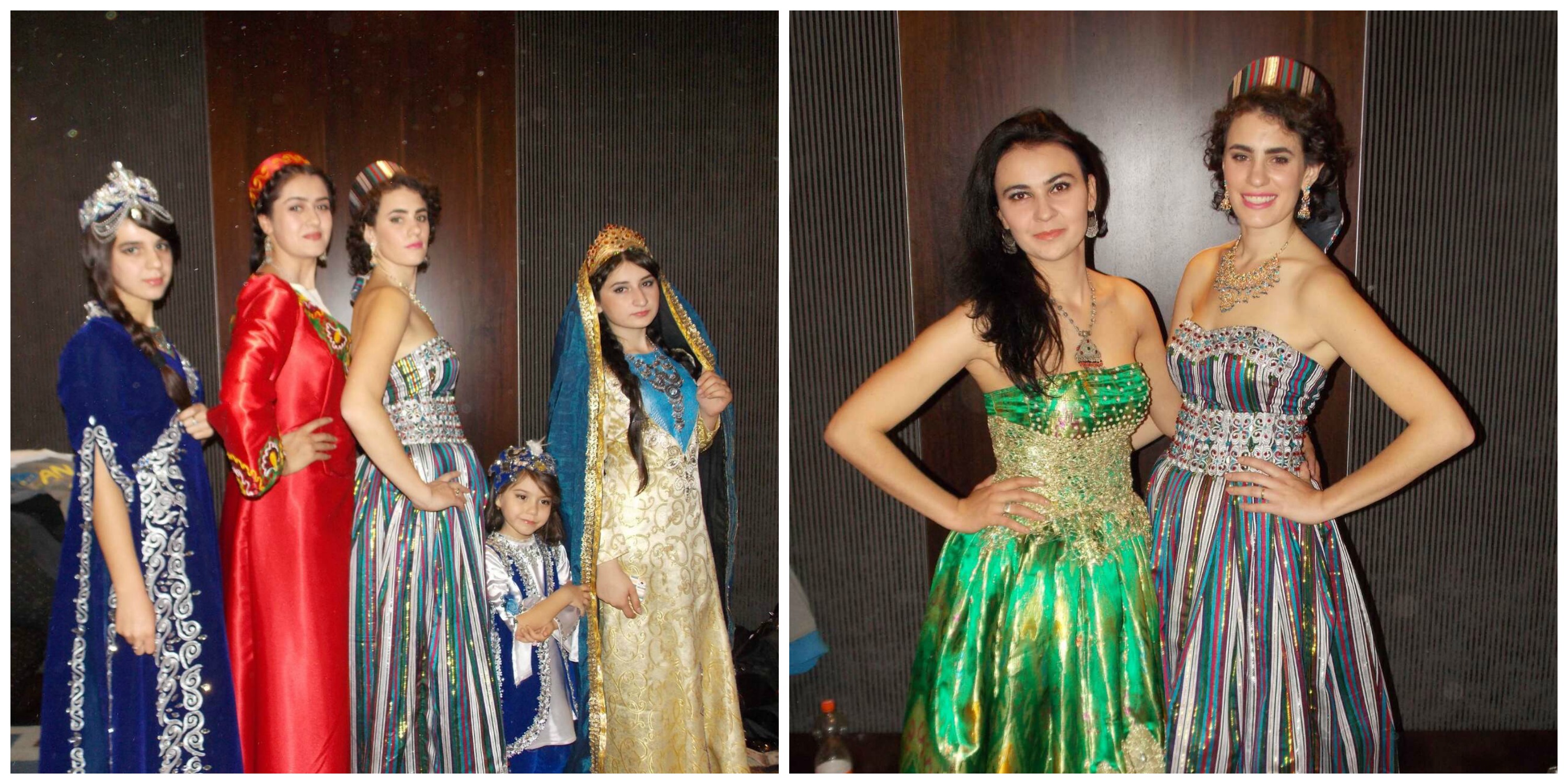 It was also a completion for best young designer in Dushanbe. Being in the show was amazing but I do wish I could have also watched it since I saw everyone else as a whirlwind of color backstage. I did find an album with most of the looks here*, but I’m sure it pales in comparison to watching it all live.

Walking wasn’t nearly as scary as I though it would be. I actually got to pick my own shoes so baby deer was a lot less pronounced than I feared. 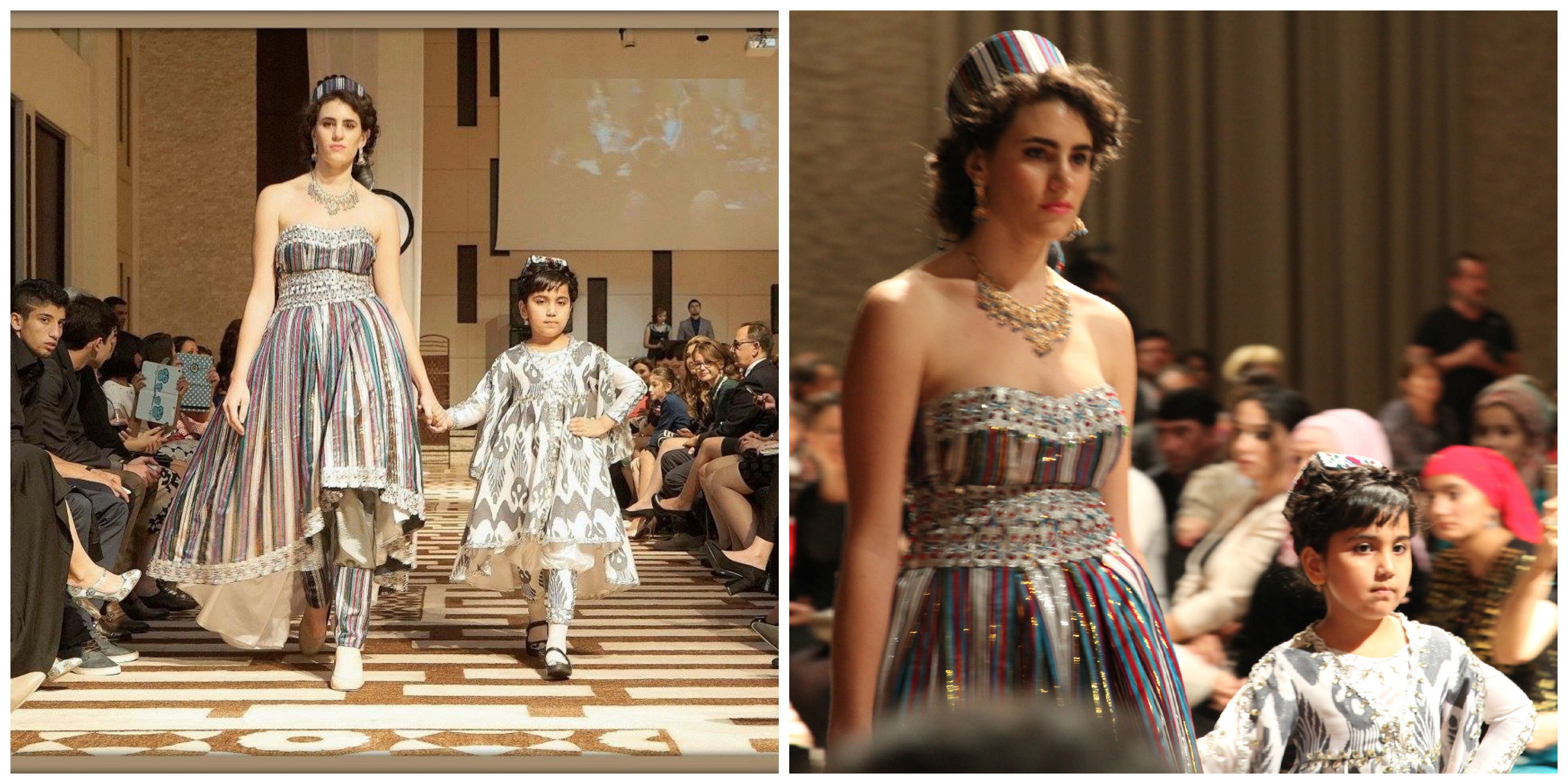 The mastermind behind the entire endeavor was Manuchehra. I can’t imagine how many hours she spent on everything and it went off beautifully. I was also lucky enough to model one of her designs at the end of the show. She hadn’t met me when she came up with the design, but it couldn’t be more my style.

The skirt had pockets for goodness sake. 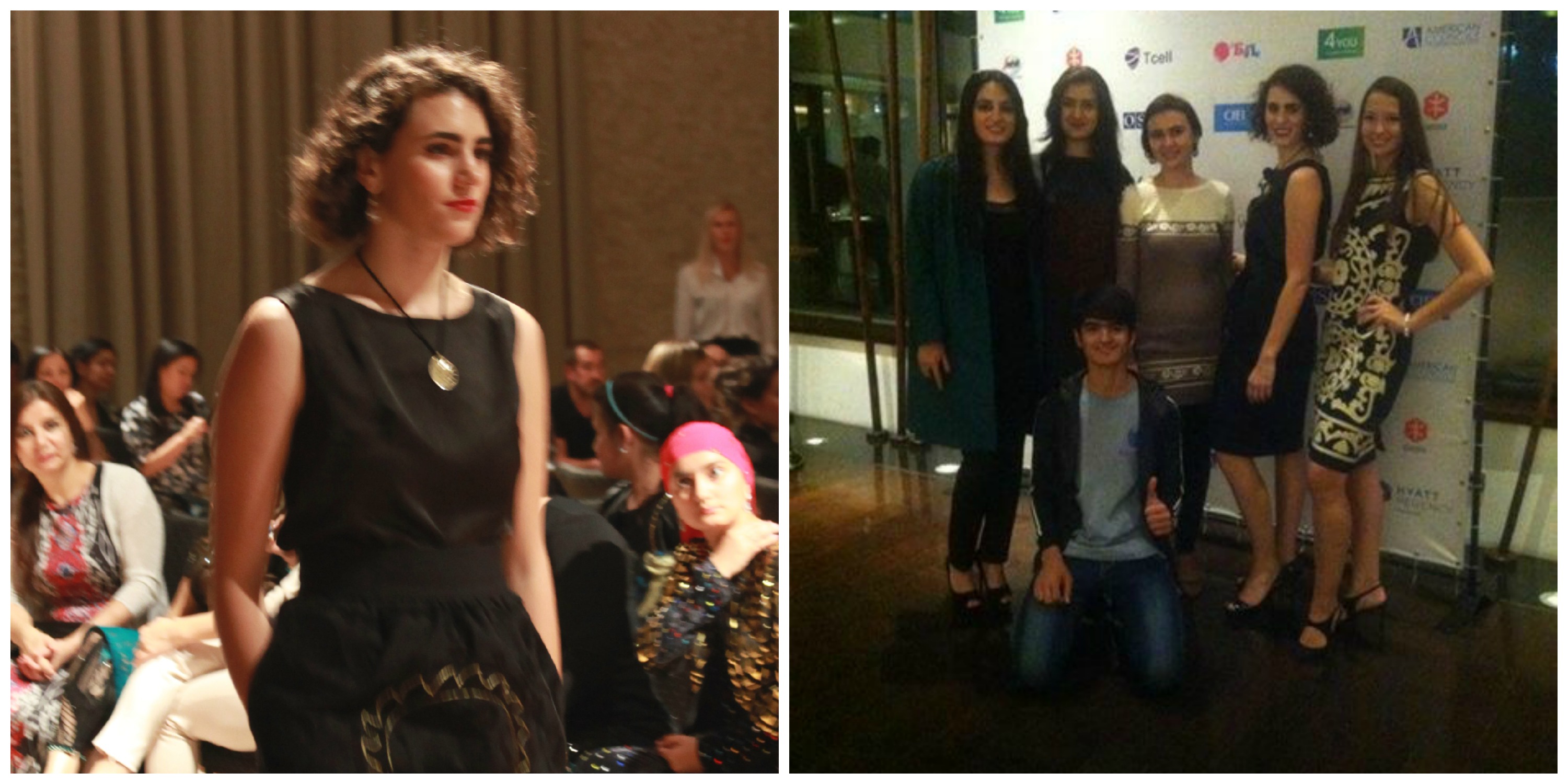 I will say, the best part of this was the friends I made throughout the process. These people were fun to hang with, patient with my horrendous Russian skills, and some of the most beautiful people I’ve met, inside and out. 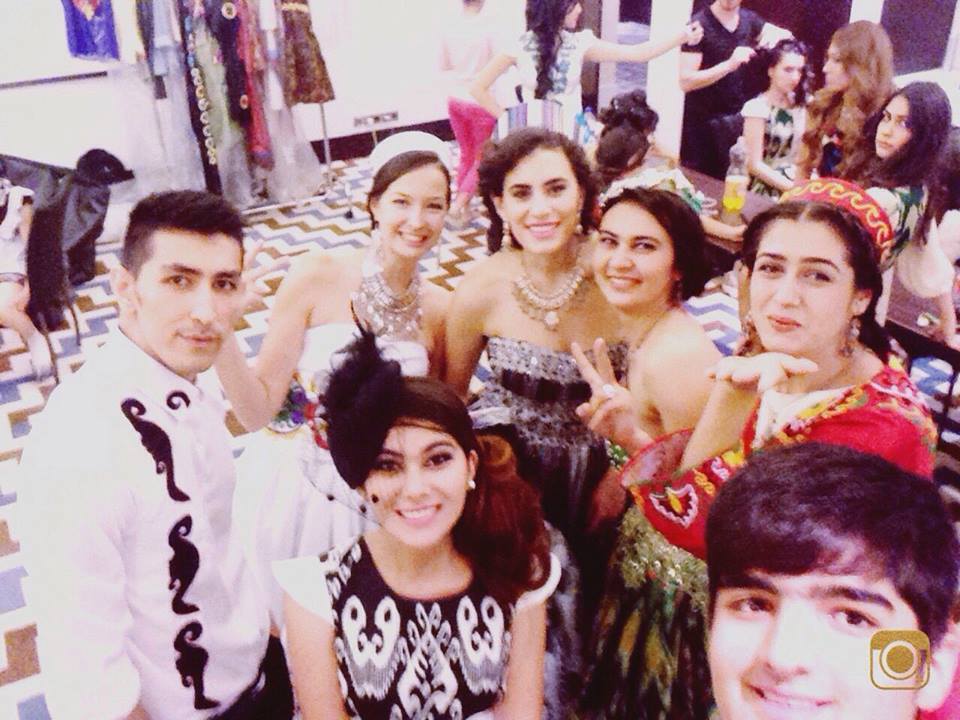