Before we arrived I was adamant. No matter how many sad and abandoned animals we saw, there was absolutely no way I was going to rescue any of them. I’m probably the biggest animal lover you’ll ever meet, so that realization was hard for me. But we had three young, healthy pets and I couldn’t endanger their lives by bringing a diseased or aggressive animal into the mix.

In the States if you see an abandoned animal, you bring it to a shelter. It’s fairly simple. We also have excellent veterinary care with doctors that are used to seeing abused, abandoned, aggressive animals and know how to deal with them.

Tajikistan doesn’t have such services. There’s really no such thing as an animal shelter. And it absolutely breaks my heart every single time. Street animals are everywhere. Thankfully, the cats usually seem to be in pretty good shape. I have a soft spot for all animals but cats have my heart wrapped around their little paws.

No, it’s the dogs who suffer here. The dogs who look at your with their sad eyes. Or the dogs who are so friendly you can’t help but want to pet them even though they are probably rabid. Both are hard to face on a daily basis.

My resolve was wearing thin. There was a friendly dog who looked EXACTLY like Izzie in the gardens. We saw her about three times a week and she always wanted to be around humans. One of our friends, Tony, christened her Roxy and at that point there was no going back. One of us was going to end up rescuing her.

I had just wrapped my head around the idea of having two dogs when Tony made the move and took her home. She immediately took to her collar and happily followed him. After seven baths, some good food, and vet care she looked like a totally new animal. I was happy she had a loving home, but I was a bit sad she wasn’t going to be Izzie’s new friend.

And then, Soya wandered into the right yard at the right time. 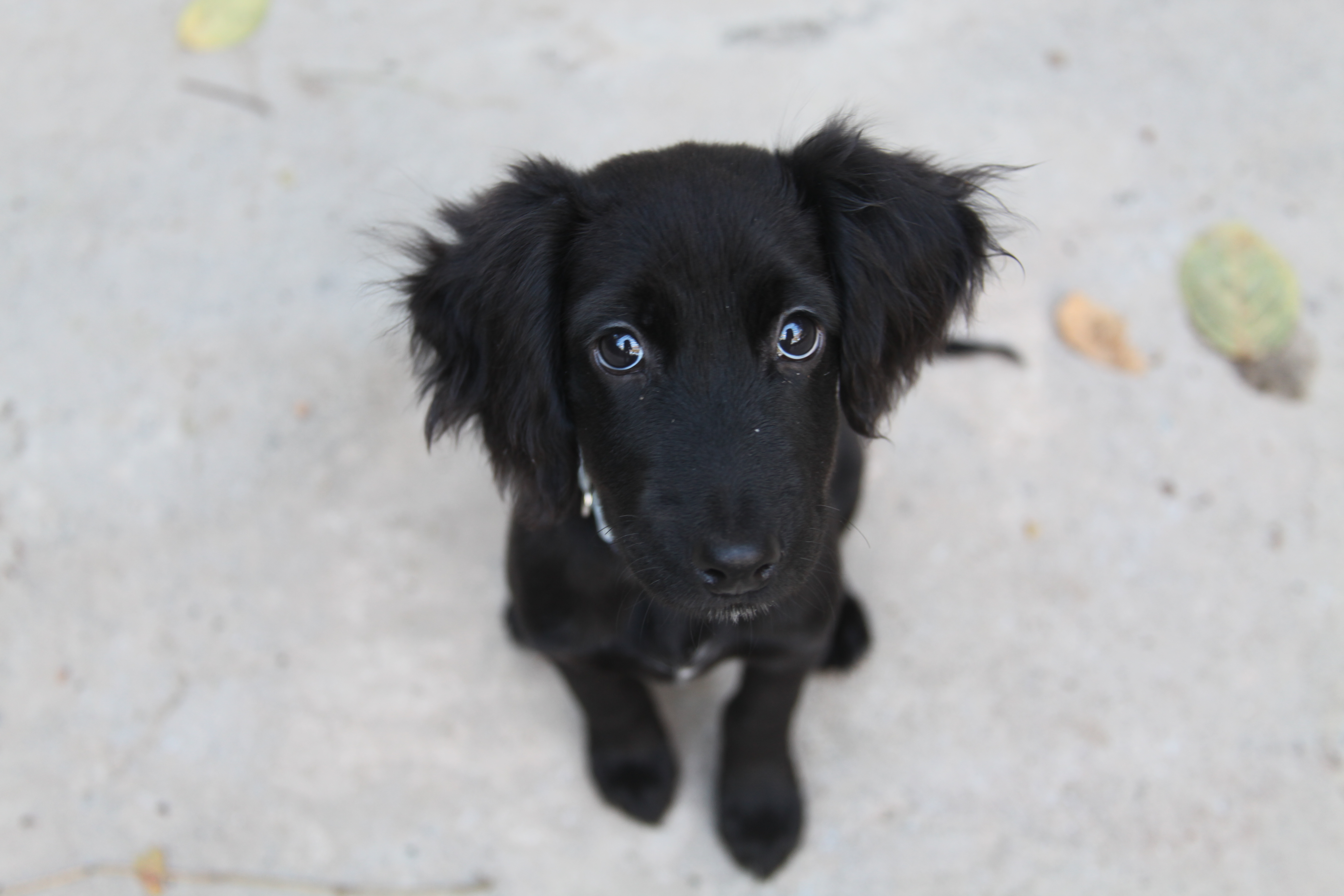 It was raining. And dark. And cold. We showed up at Charge Hayden’s after the fashion show a month ago and there she was. A teeny tiny black puppy out in the rain. She had followed some of the guys into the yard and sat there shivering and looking miserable. 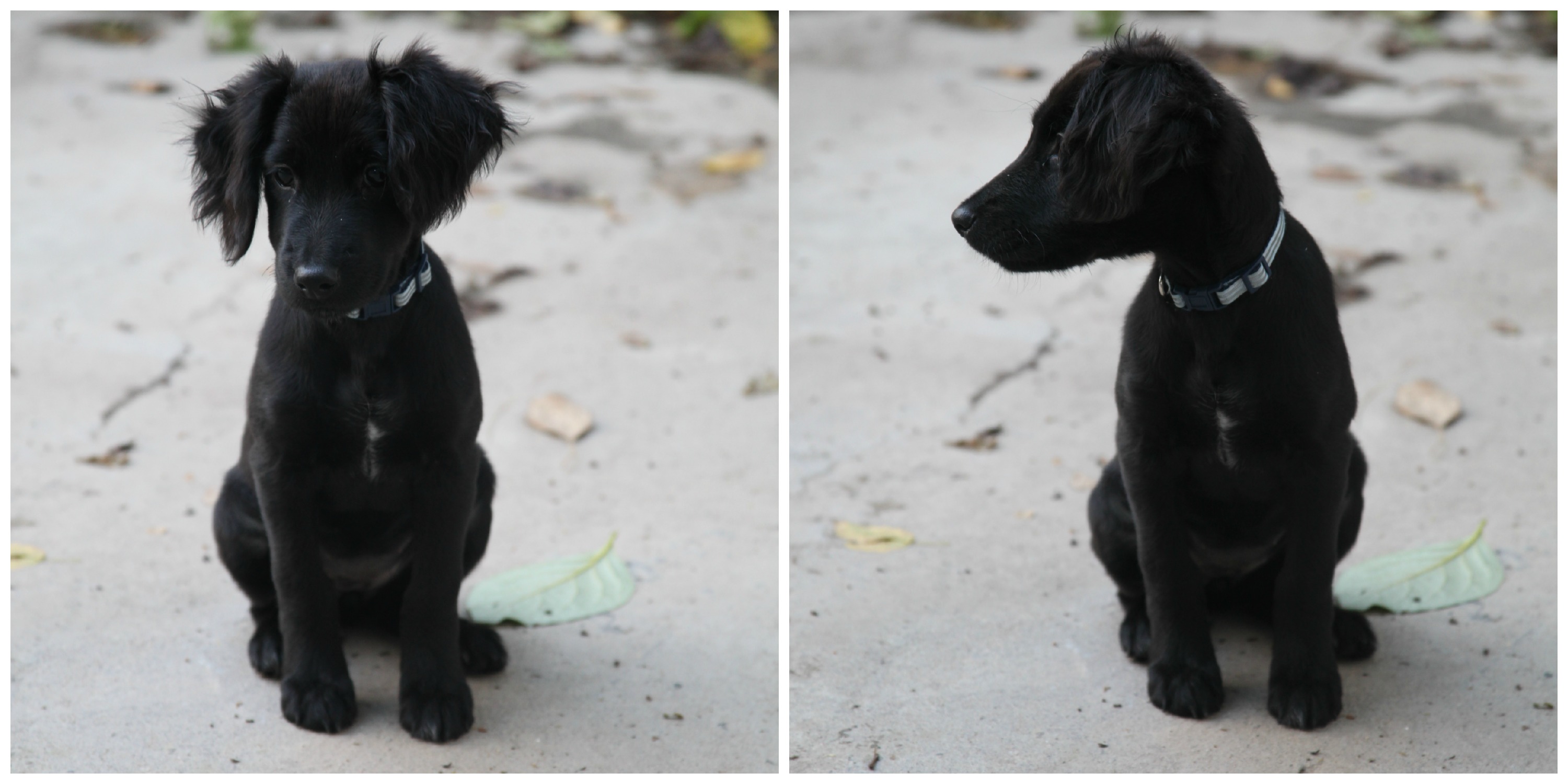 Izzie is absolutely beside herself with happiness. And she’s such a good big sister about 80% of the time. She’s still a puppy herself so we can’t be too surprised when she perpetuates the stereotypes that come when you are suddenly displaced as the family baby. 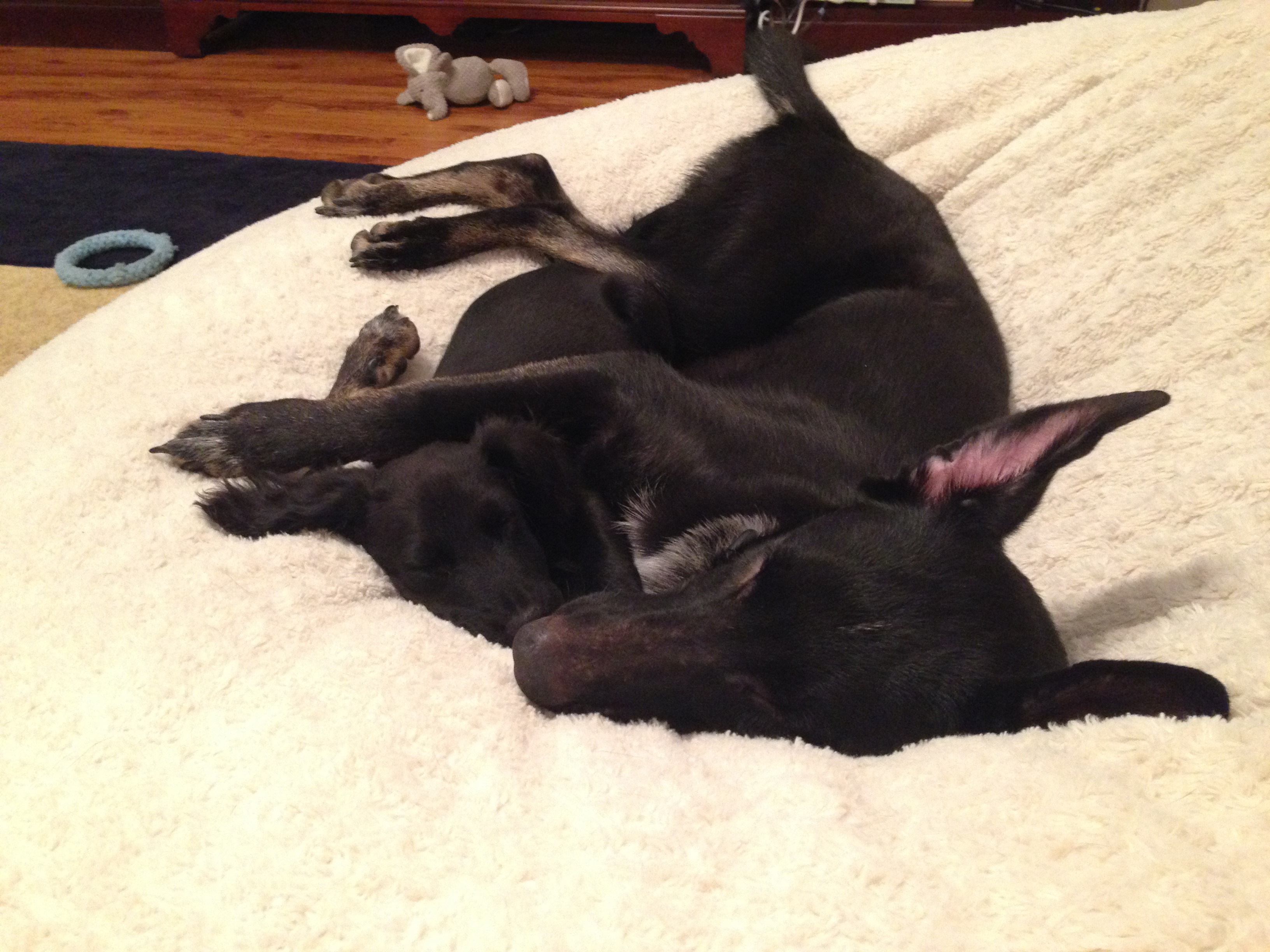 So now the Crocker household has five furry creatures. Four of which walk on four legs, one of which is called Sean and usually walks on two.