I’ll just go ahead and be up front with you guys. I have almost no patience for museums, historical sites, and touring around churches and cathedrals. I much prefer a quick browse, a few photos, and then to be on my way. And by on my way I usually mean back to eating.

Sean lives for history. He could spend hours and hours reading through every tiny museum plaque at least twice and still feel like he missed something. This often leads to a very grumpy Kristen.

But then, we went to Samarkand.

Samarkand is one of the oldest cities on the Silk Road. It has withstood centuries of assault from various conquering armies for hundreds of years, and is home to some of the most stunning sites anywhere in the world. We were to follow in the footsteps of Amir Timur, a Turko-Mongol conqueror and first ruler in the Timurid dynasty.

I’d of course never heard of him before. 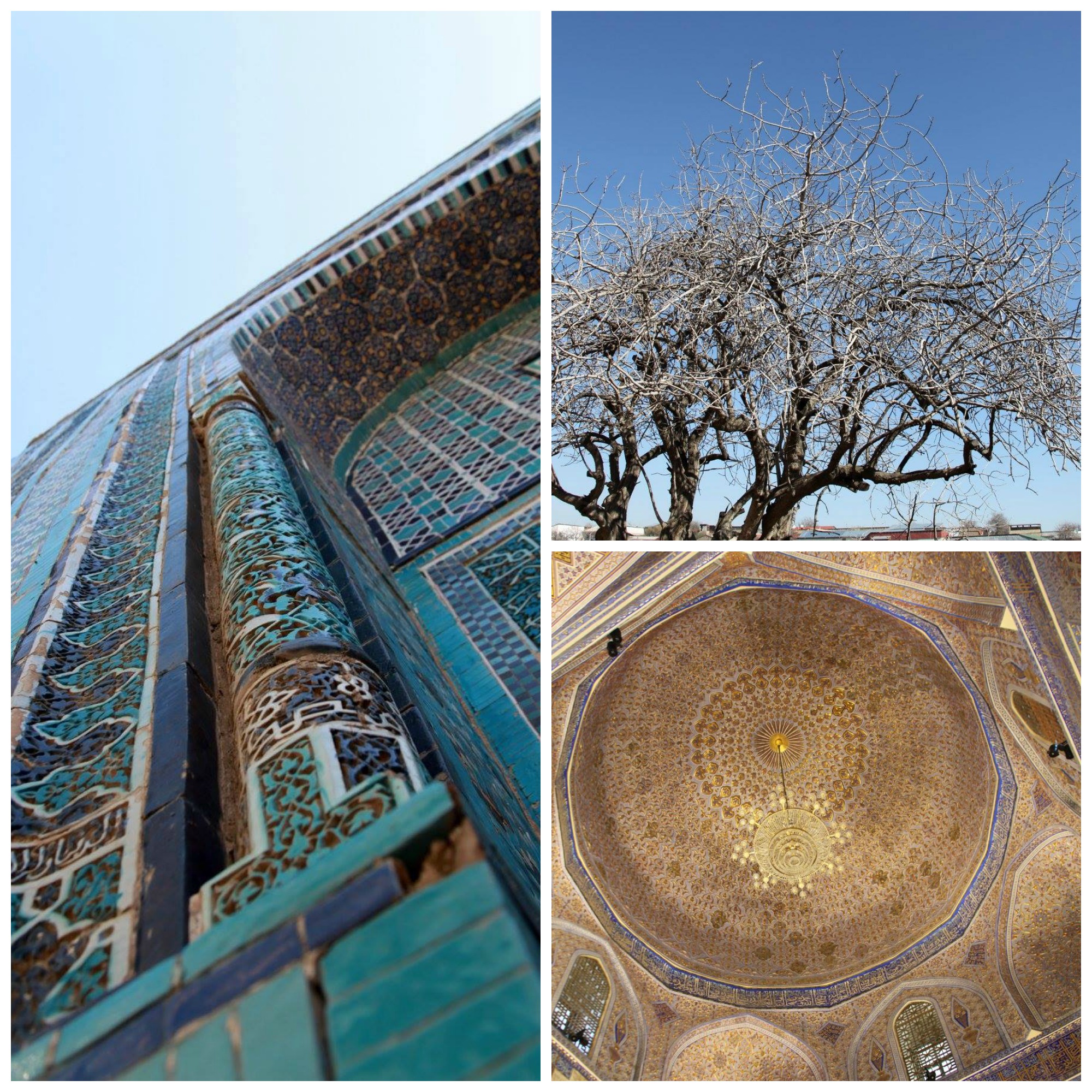 After piling into a bus, our very energetic guide, Denis, started our day at Ulugh Beg’s observatory. Ulugh Beg was a 13th century astronomer whose greatest achievements included an enormous star catalog and a nearly perfect calculation of the length of one year.

Ok, if you mix science and history, I’ll at least humor you.

As we drove, Denis told us more and more about Amir Timur. He had been wounded at a young age and his injuries had crippled him for life, resulting in not-so-flattering nicknames such as Timur the Lame and Tamerlane. These injuries didn’t stop him from expanding his empire to include Persia, Central Asia, and some parts of present-day India. He also outlived many of his children and grandchildren before passing away at the age of 69.

We visited several sites associated with Amir Timur including the Gur-e-Amir, Shah-i-Zinda, and the Registan which consists of the Madrasah of Ulugh Beg, Sher-Dor Madrasah, and Tilla-Kori Madrasah. Stop after stop I was in awe. I’ve never seen anything like these buildings before, and truthfully, I probably won’t see anything like this ever again. 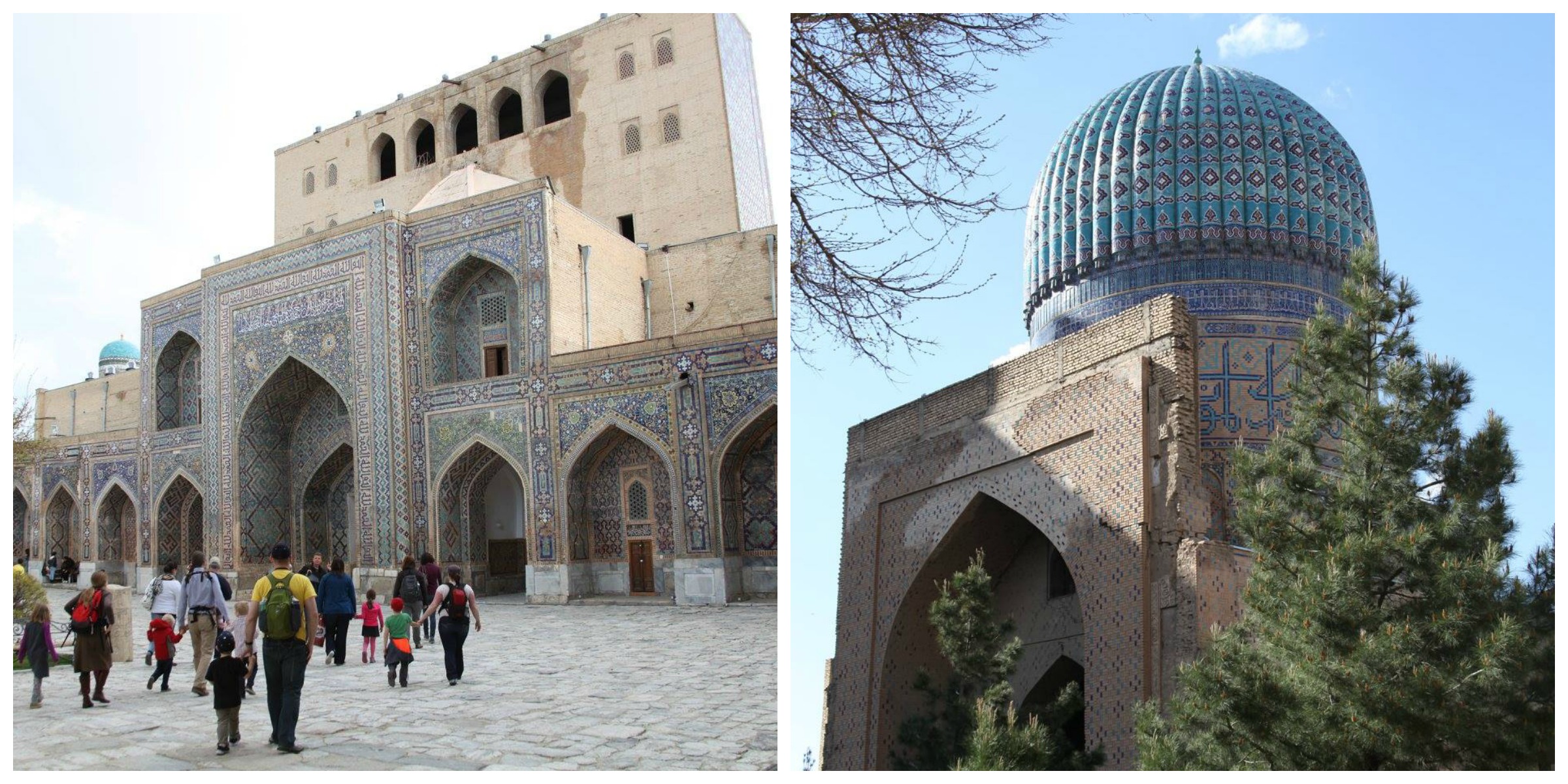 After a long day of touring we were grateful for a delicious dinner of grilled chicken and salads. Dinner came with a show, however, when two locals started arguing about the bill. After watching the situation escalate for a few minutes, we handed our waiter a large wad of cash and scurried out the door. It must have been quite a sight to see 30 Americans suddenly burst out of a restaurant and hurry onto a bus.

Then it was the part of the day all the adults were waiting for. We dropped the kids off at the hotel and tried not to full-on sprint to the local winery for a tasting. Suffice it to say, the wine was interesting (Uzbekistan isn’t known for wine after all), but it did the job well enough that we decided to go out for karaoke to “treat” the locals with our stunning renditions of “Wanted Dead or Alive,” “Papa Don’t Preach,””I Love This Bar,” and many others. 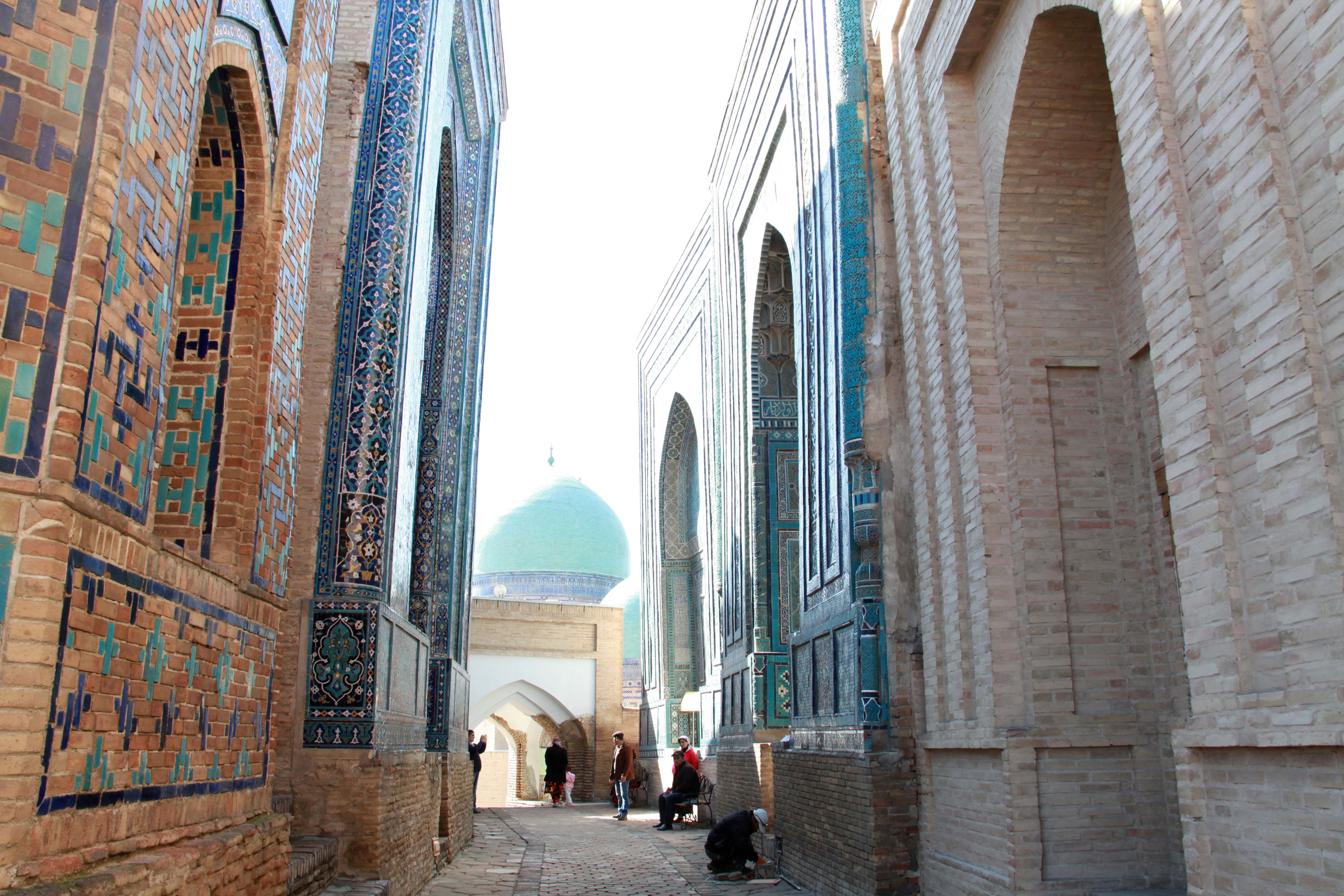