I was sick on Thursday (nothing major, just a quick 24 hour bug that knocked me down for a day) so I didn’t notice until the afternoon. After ignoring them as long as I could, I summoned the strength to walk downstairs and let the dogs out. Until that moment I was glued to the couch alternating between sleeping and watching the Spongebob Squarepants Movie.

The light was really weird. 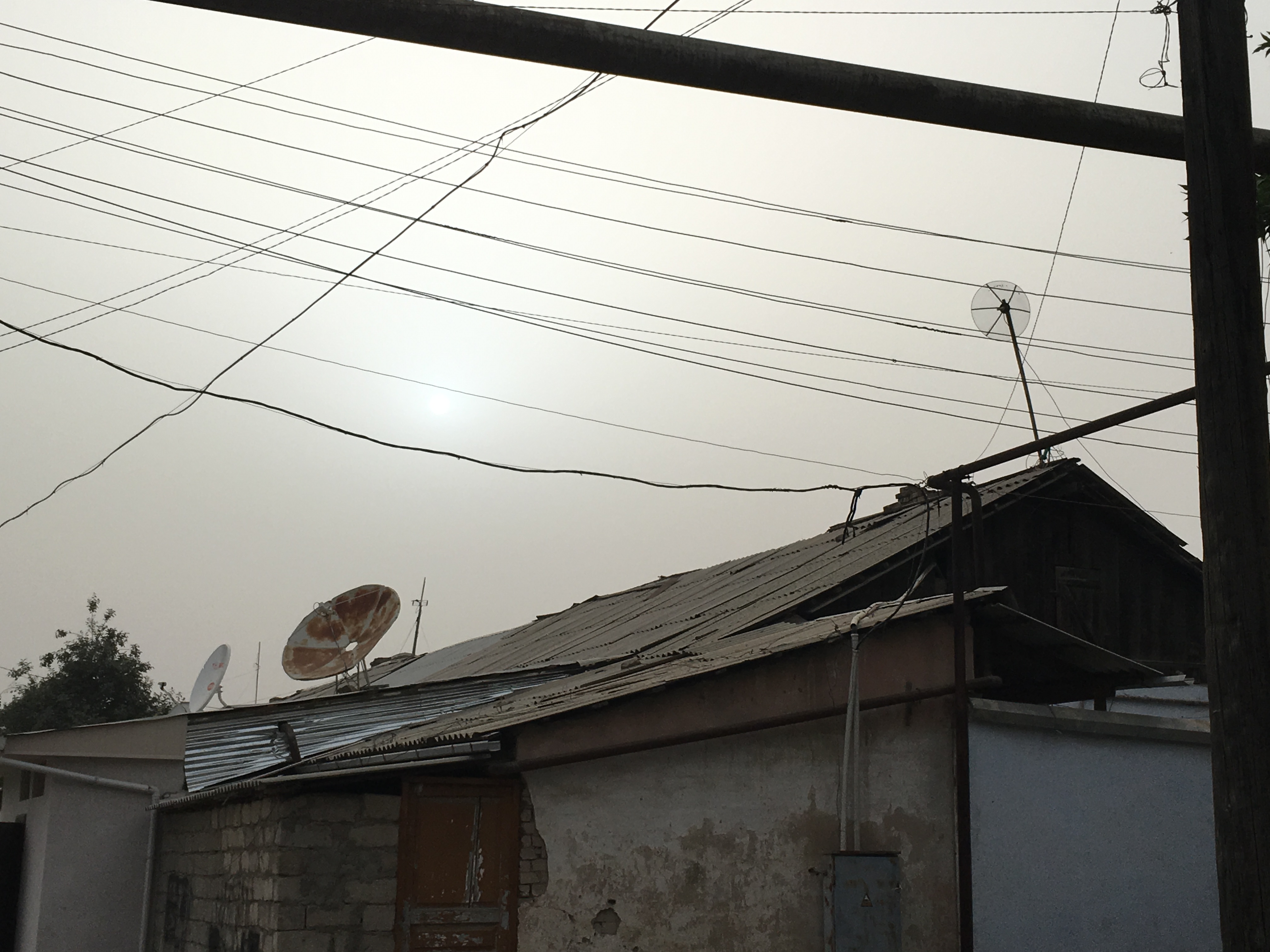 We periodically get dust storms here. Some say it blows in from Afghanistan, some say from Uzbekistan. Some say it’s pollution. Personally I don’t really care where it comes from, I just know I don’t like the eerie light that accompanies it.  Nor am I a fan of the toll it takes on my breathing.

It’s like being in a cloud, but a very dirty one. And instead of water droplets it’s all dust – or worse. A few friends were leaving post this weekend and their flight got delayed due to lack of visibility. The mountains we usually catch glimpses of are completely obscured. Everything feels very dense and closed in.

It’s now day four of this storm. It’s much better than it was on Thursday, but still lingering. Hopefully we only have a few more days of haze before the return of blue skies and mountain views. 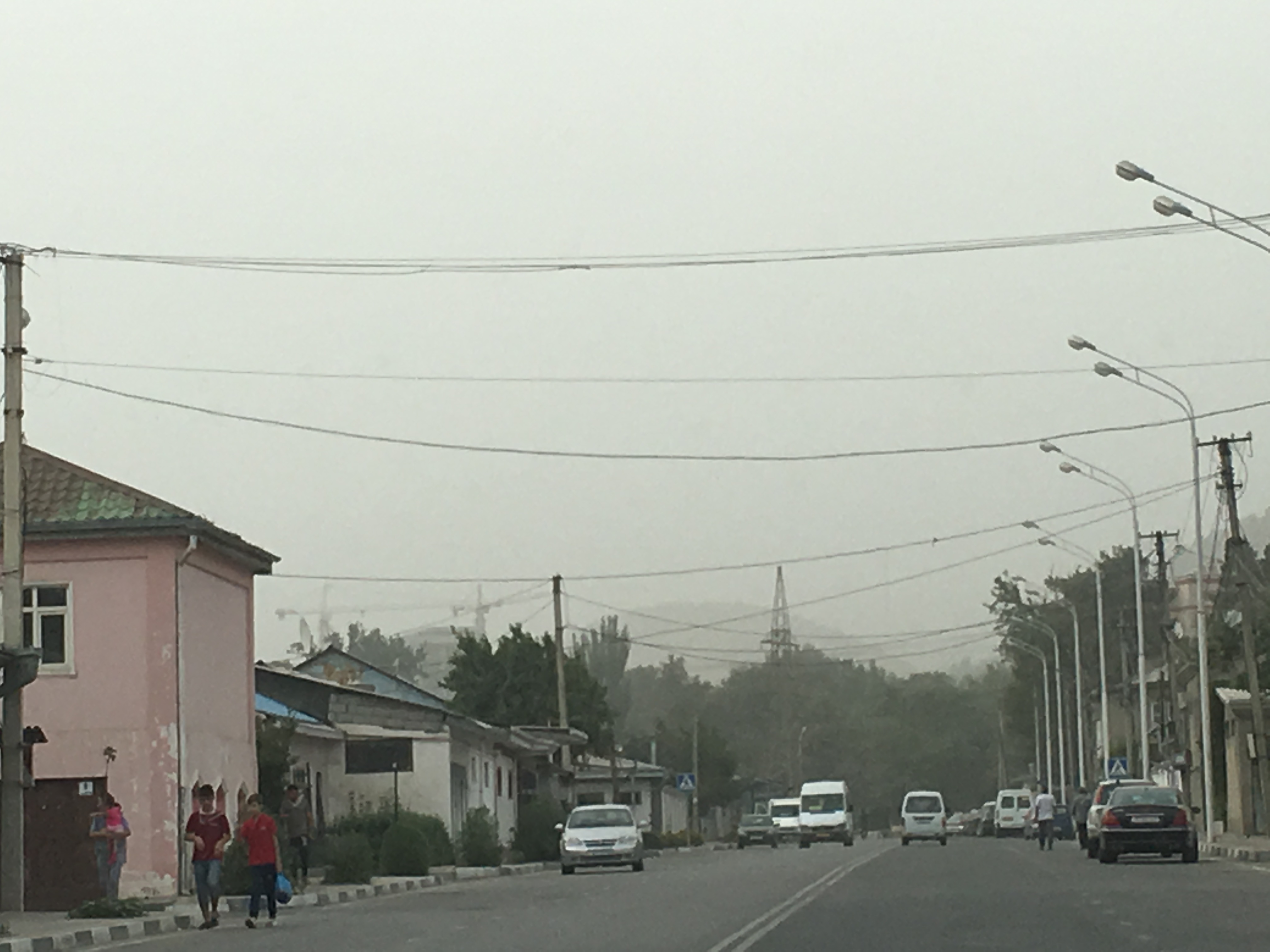 One thought on “Dust”