You may be wondering why I’m lumping three cities together in one blog post. A few reasons, really. One, if I blogged about every city individually I would have to change the name of this blog to KMCNewZealand: a place where we only talk about one trip forever and ever. And two, if I blogged about each of these cities on their own each post would be incredibly short, just like our time there.

We didn’t spend a great deal of time in Queenstown. It was primarily our landing place as we bounced around the area to Milford Sound, Dunedin, and Oamaru. It’s sad really, since Queenstown is absolutely adorable and has a lot of fun things to offer including luge, bungee jumping, and skiing in the winter. It’s definitely on the list of places to return to whenever we get back down that way. 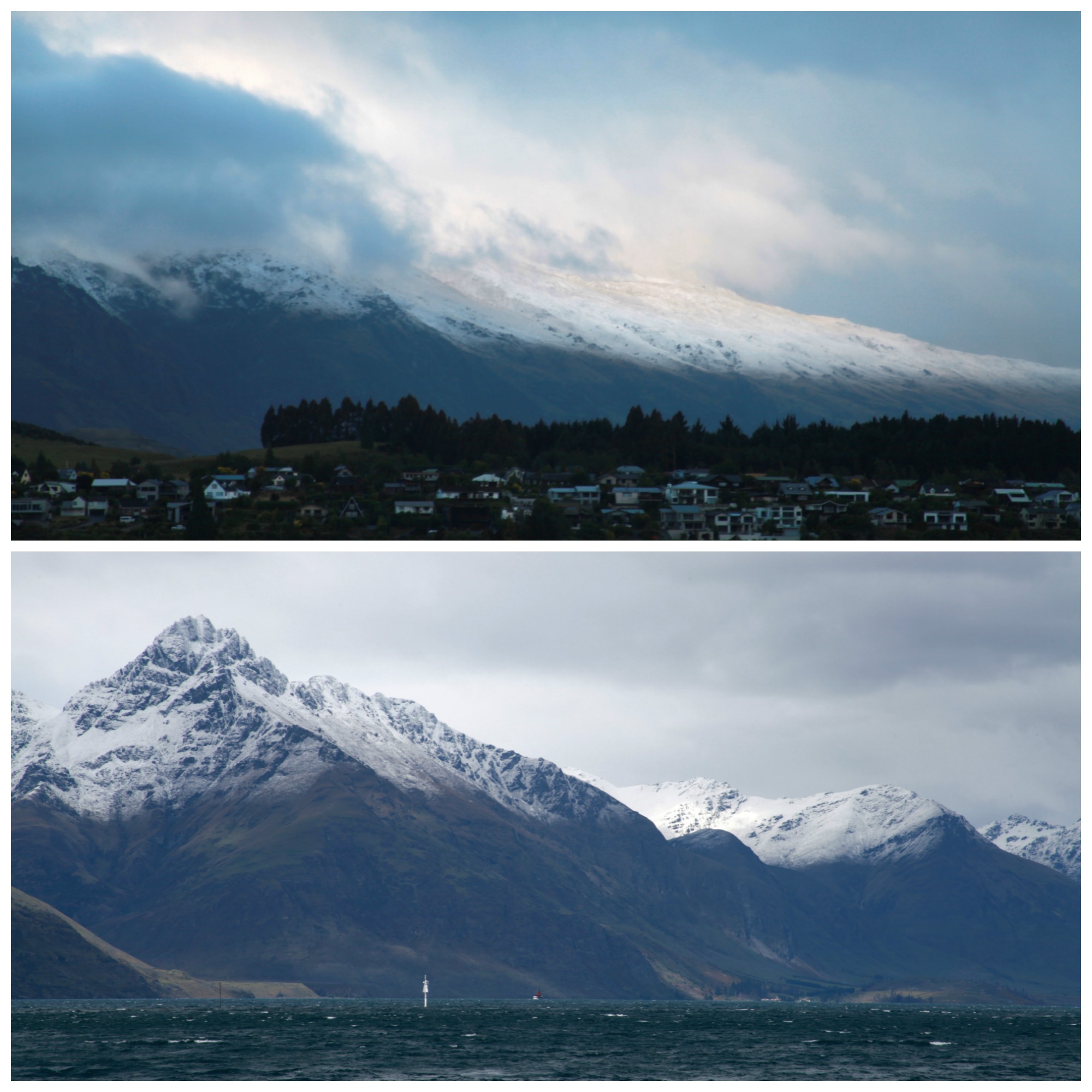 The thing about Queenstown is it feels a lot like what I would image a little mountain town in Colorado would feel like. Appropriate, since it’s apparently a sister city to Aspen. It has a cute little downtown area that’s quite touristy but, hey, we’re tourists after all. The scenery is breathtaking with a large lake and snow-covered mountains.

After spending the night here, we headed over to Dunedin. On the way, we hit the southernmost part of our trip just due to the way the road went. I think I got more enjoyment out of that then Sean did.

We also didn’t spend a lot of time in Dunedin itself. We went there with the goal of hiking Tunnel Beach. And let me tell you, it was worth it. 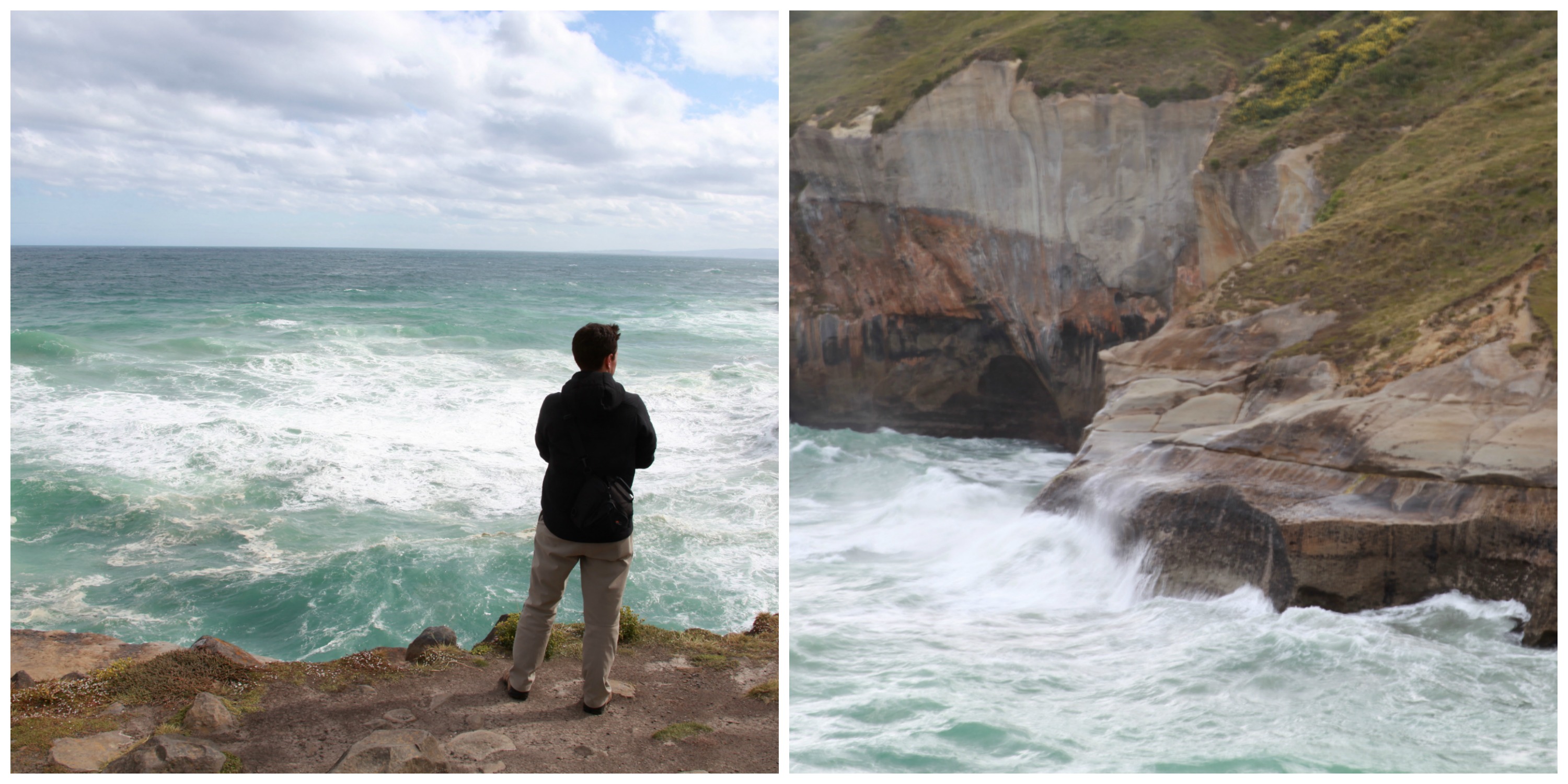 This is a rather odd hike. The guidebook says “15 minutes down, 45 minutes back” which seemed very weird to me. Why would their be a huge discrepancy in an out-and-back hike?

Terrain. Terrain is the answer.

Once we got out to the peninsula it really felt like we were on the edge of the world. There weren’t many people out there with us and between the wind and the endless ocean you suddenly realize you’re standing on a tiny island in the middle of the Southern Pacific and about 3,000 miles south lies Antarctica. I have a fascination with the White Continent, and this was the closest I’ve come to date. 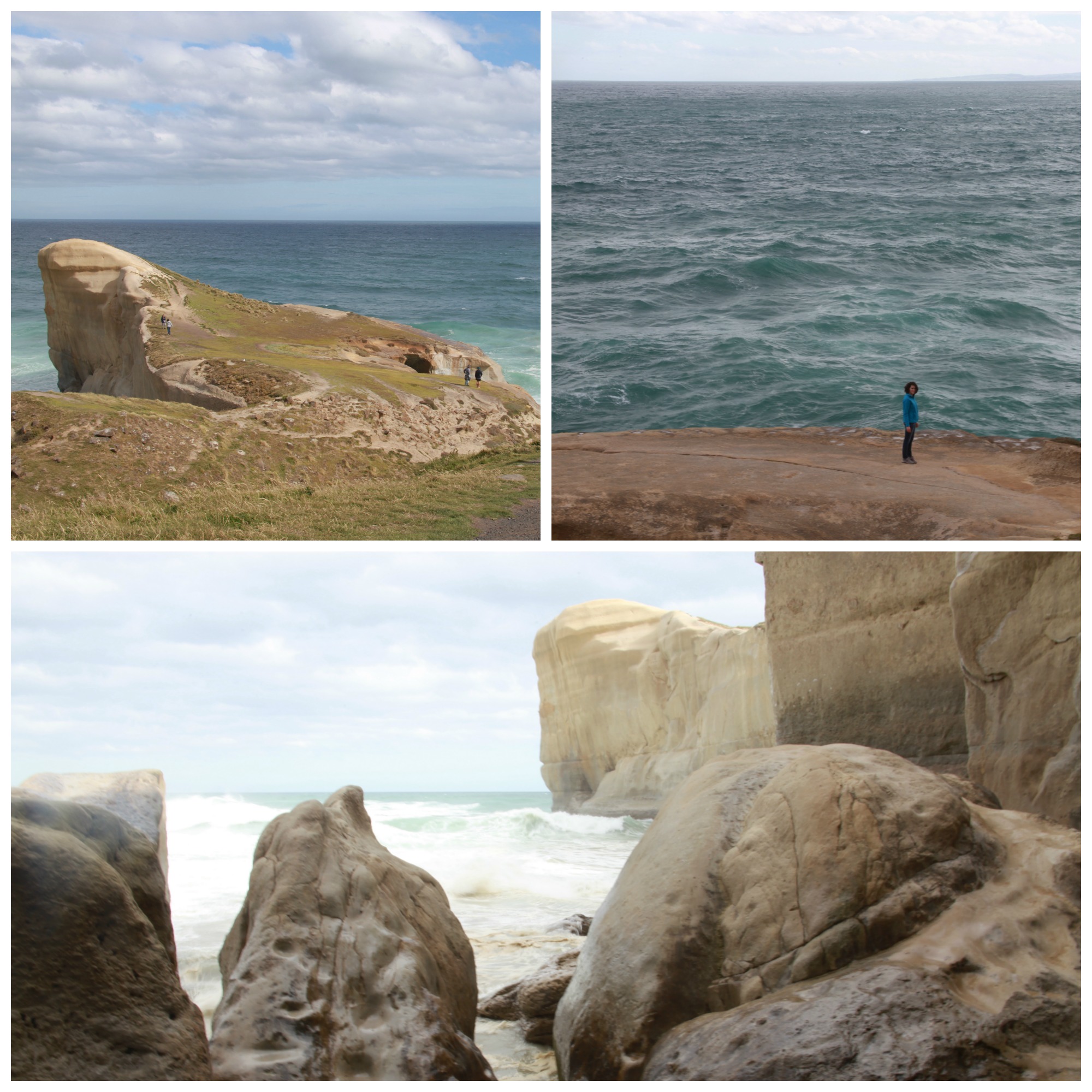 Then we headed to Oamaru for penguins. Yes, you read that right. There’s a blue penguin conservation project in Oamaru where you can pay to watch these little clumsy birds come ashore at night and return to their nests. We were lucky and visited on a night where over 200 birds washed ashore, stumbled up the beach, and hobbled to their little homes.

Unfortunately no photography was allowed during the viewing, but my favorite part was actually walking back to the entrance. They have you wind through the colony itself on a boardwalk and as you go there are penguins literally inches from  your feet. They paid us no attention but it was fun to get that close to the guys.

We stayed at this old Victorian-style hotel/bar in town. After grabbing a drink we headed to our room to turn in for the night. Suddenly we heard penguins shrieking outside our window. Apparently some of them nest in the cracks of the wall in the building next door. Normal things, you know.

The next day we wandered around town before taking off for Mount Cook. Did you know Oamaru is the Steampunk Capital of New Zealand? Neither did we. After a bit of coaxing from Sean I agreed to humor him on a trip to the Steampunk HQ museum. It was actually pretty cool, I’ll admit. 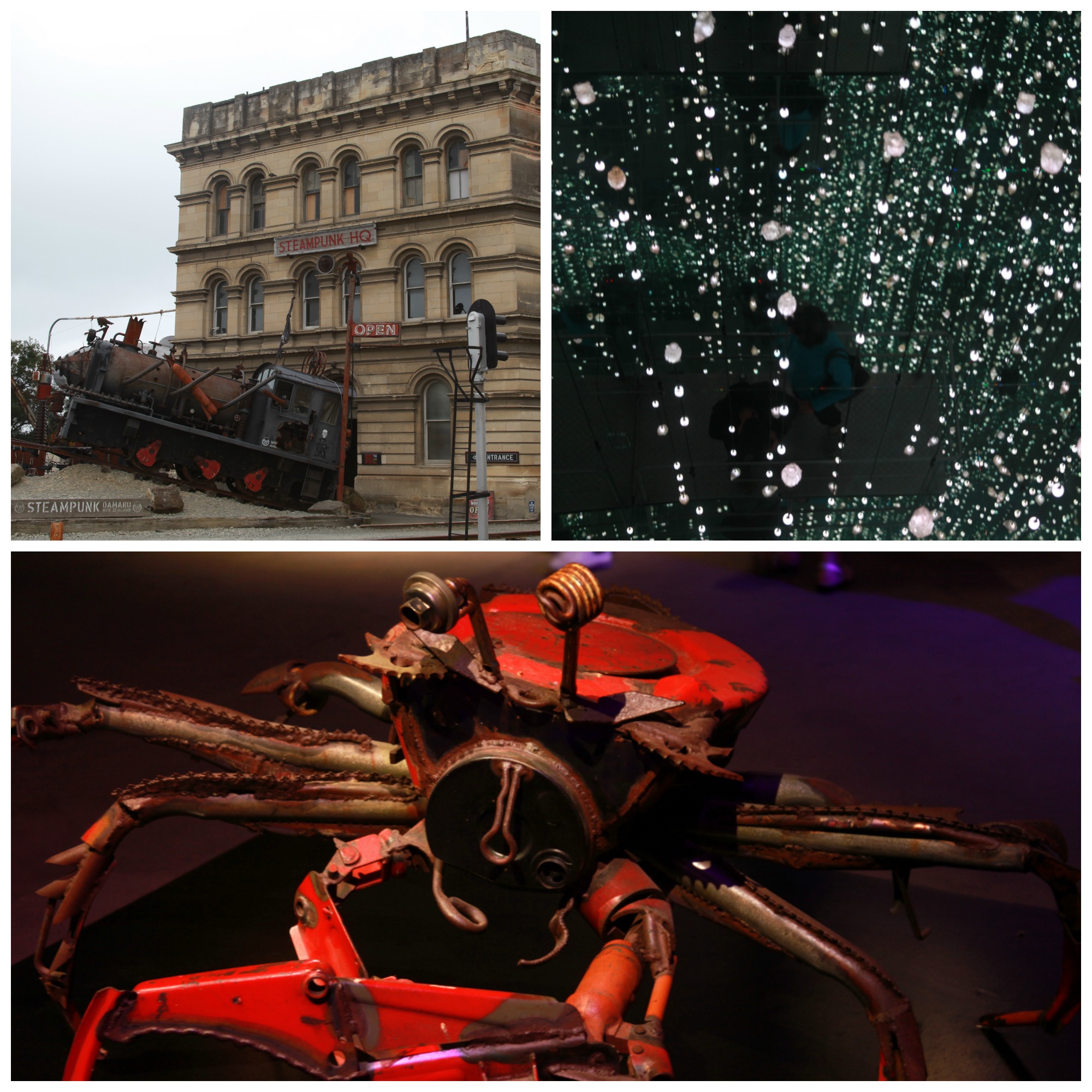 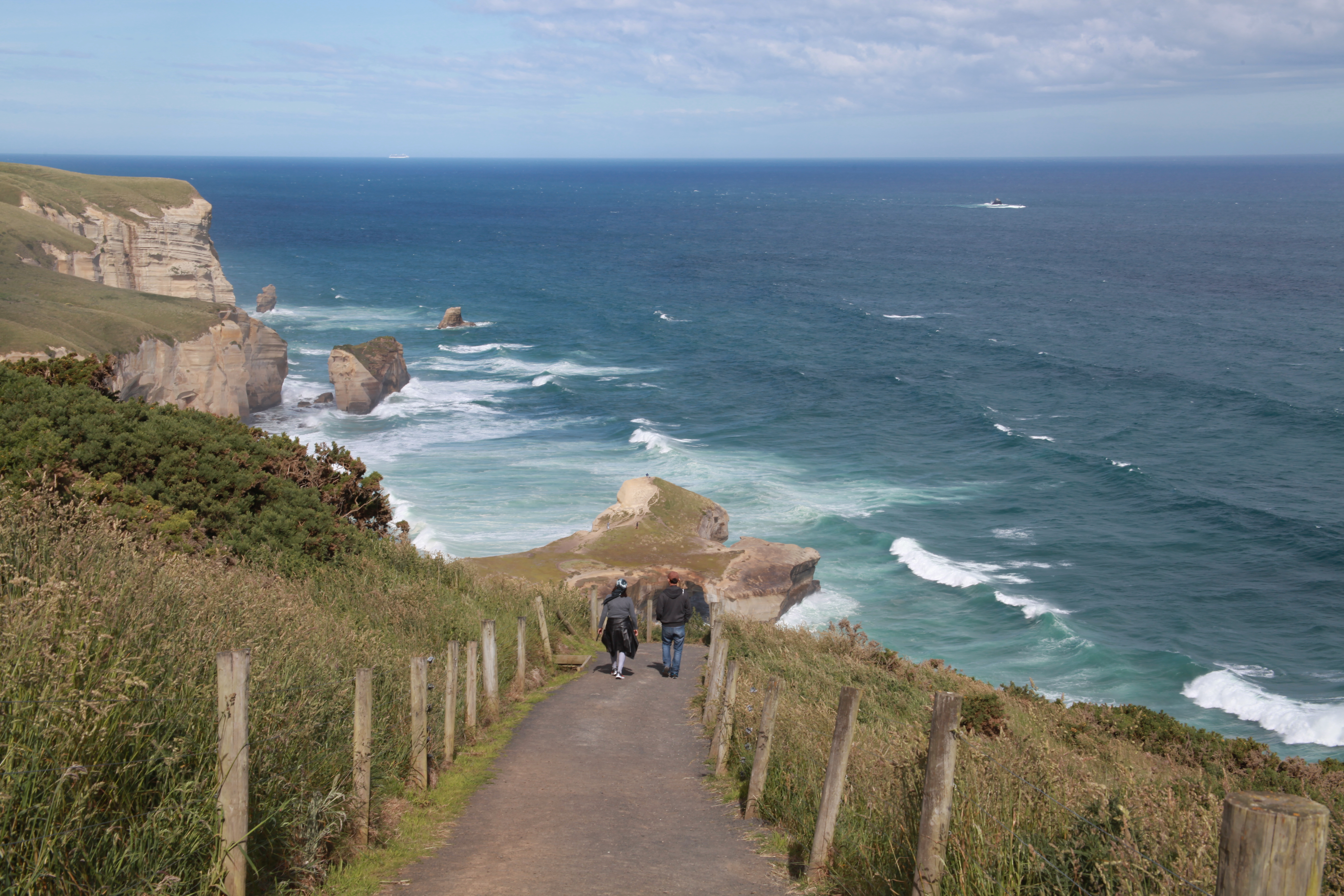