It’s been my dream to swim with dolphins since I knew that was such a thing. They are beautiful, intelligent, playful animals. Who wouldn’t want to hang out with them?!

Then, in 2010, I saw The Cove. My lifelong dream of swimming with dolphins was gone. There was no way I would support an industry that partakes in a yearly slaughter of some of my favorite animals. I would just have to admire them from afar.

Fast forward to 2016. In the beginning stages of planning for this trip, Sean and I ordered a Lonely Planet guidebook off Amazon to give us a bit of direction as we attempted to tackle these two islands. After a week or so, he came to me and said seriously, “in Kaikoura you can swim with wild Dusky Dolphins.” I, like any sane, grown adult, proceeded to hyperventilate. 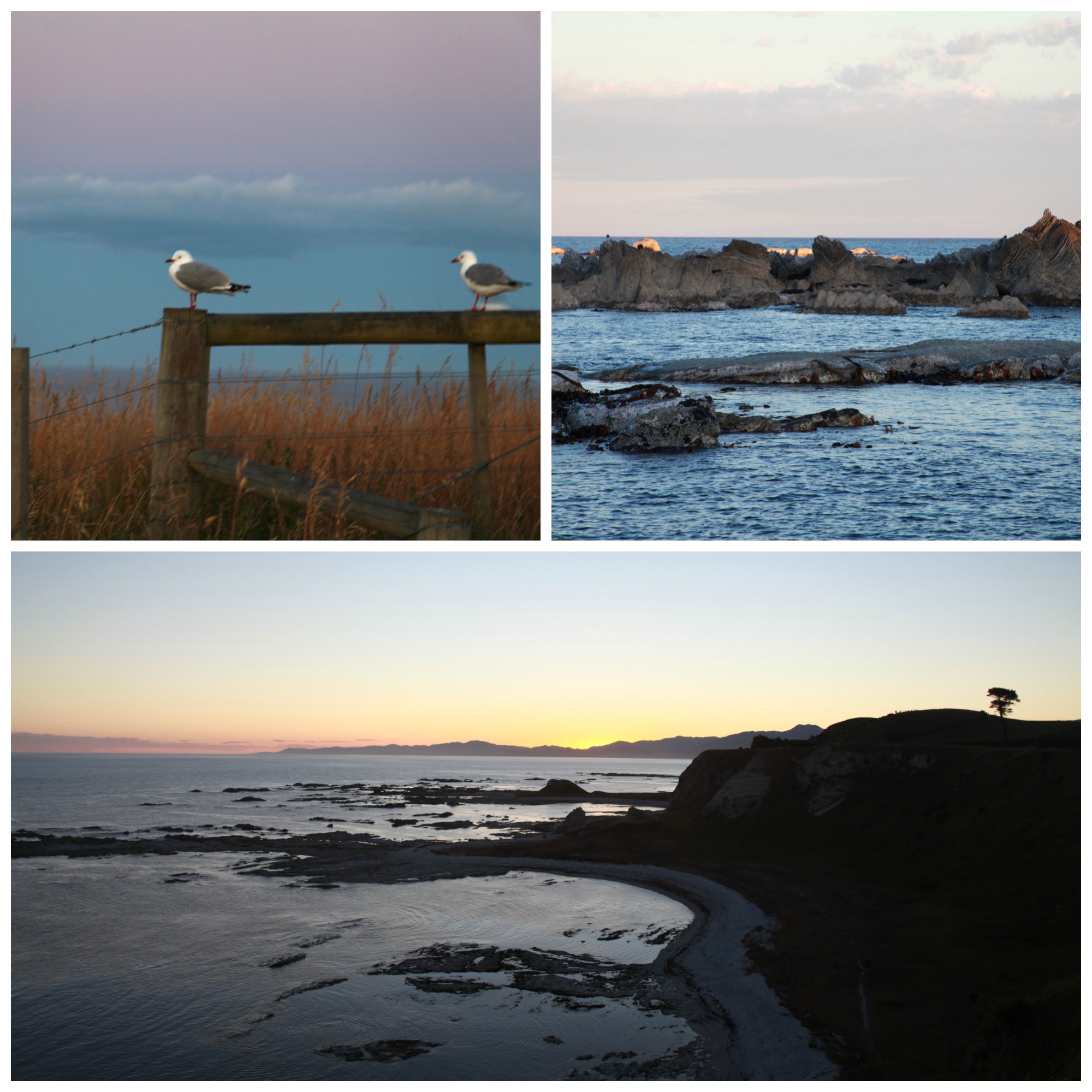 Getting to Kaikoura was an adventure.We ended up flipping the entire itinerary to land in Kaikoura on the right day for the dolphin swim since Encounter Kaikoura doesn’t run the tours each day. No problem! Everything else seemed to fall in line nicely, it just made the first day a little more stressful. Nothing we couldn’t prepare for.

What we couldn’t prepare for came in the form of a 7.8 magnitude earthquake two minutes after midnight on November 14, 2016.

If you look at the geology of New Zealand, you’ll see the islands sit right on top of several active fault lines. This quake was unique in that the initial epicenter activated several of these fissures, and as the quake jumped from fault to fault the waves amplified with the worst shaking happening in Kaikoura.

There was major damage. We woke up on November 14 to reports of massive road closures to the north and south of the city. There were your “typical” landslides of course, but the craziest images were of Highway 1 along the coastline. The seabed and coastline had risen. In some places as high as 10 meters. Things that were once underwater were now suddenly exposed, and roads that once connected now jumped 20 feet in the air.

In spite of the news, we tired to remain optimistic. We got in touch with our B&B and Encounter Kaikoura a few days after the quake and were relieved to hear everyone was doing fine. With the risen seabed, Encounter was nervous to see if the dolphins relocated due to the changes. About a week after the quake they were happy to report the dolphins were there, and seemed very happy to see their human friends. Tours resumed (only once a day to account for high tide) and they would be happy to have us as long as we could get there.

With all the good news coming out of Kaikoura, we were determined. Trouble was, the roads were still in terrible shape. Our best hope was Inland Route 70. It had sustained the least amount of damage and there was a slim chance it would reopen in time.

We watched the travel updates like hawks. We wanted to wait until the last possible minute to cancel. Two weeks before our date (December 19), they reopened the road for caravans only. You had to register with the government and be part of a convoy that left at 6:00 a.m. and departed at 6:00 p.m. or something like that. Of course, there was a chance of getting stuck. Of course, there was a chance of not getting in to the convoy that day. Our chances were not looking good.

As we were planning this trip and the list of excursions got longer and longer, Sean and I discussed our “must-do’s.” For him, it was white-water rafting, hiking, and a Maori cultural experience. For me, there was only one: swim with dolphins.

Then, somehow, the stars aligned. We woke up in Oamaru to a new travel update. Beginning December 19, Inland Route 70 would be open. No more convoys, no more registering, just open for business. We confirmed with our B&B and with Encounter Kaikoura: we were coming.

On the morning of December 20, 2016, my lifelong dream was fulfilled. I donned a wet suit (super sexy), willingly dove into the open Pacific Ocean, and spend just under one hour playing with wild Dusky Dolphins. 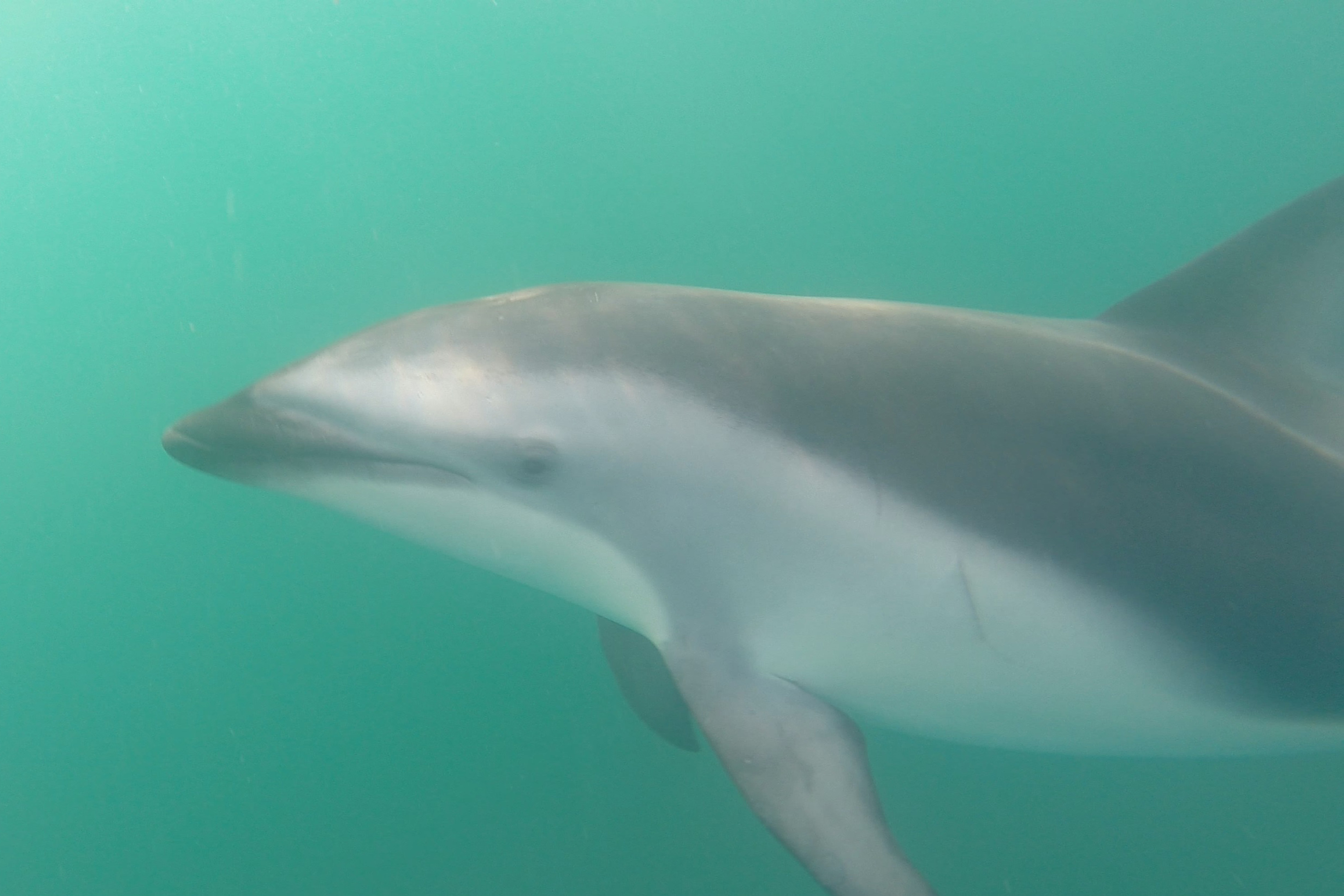 It was an incredible experience. What made it even more special to me was that these dolphins were hanging out with us because they wanted to. No one was enticing them into the area. They were there of their own will and seemed to have just as much fun as we did. 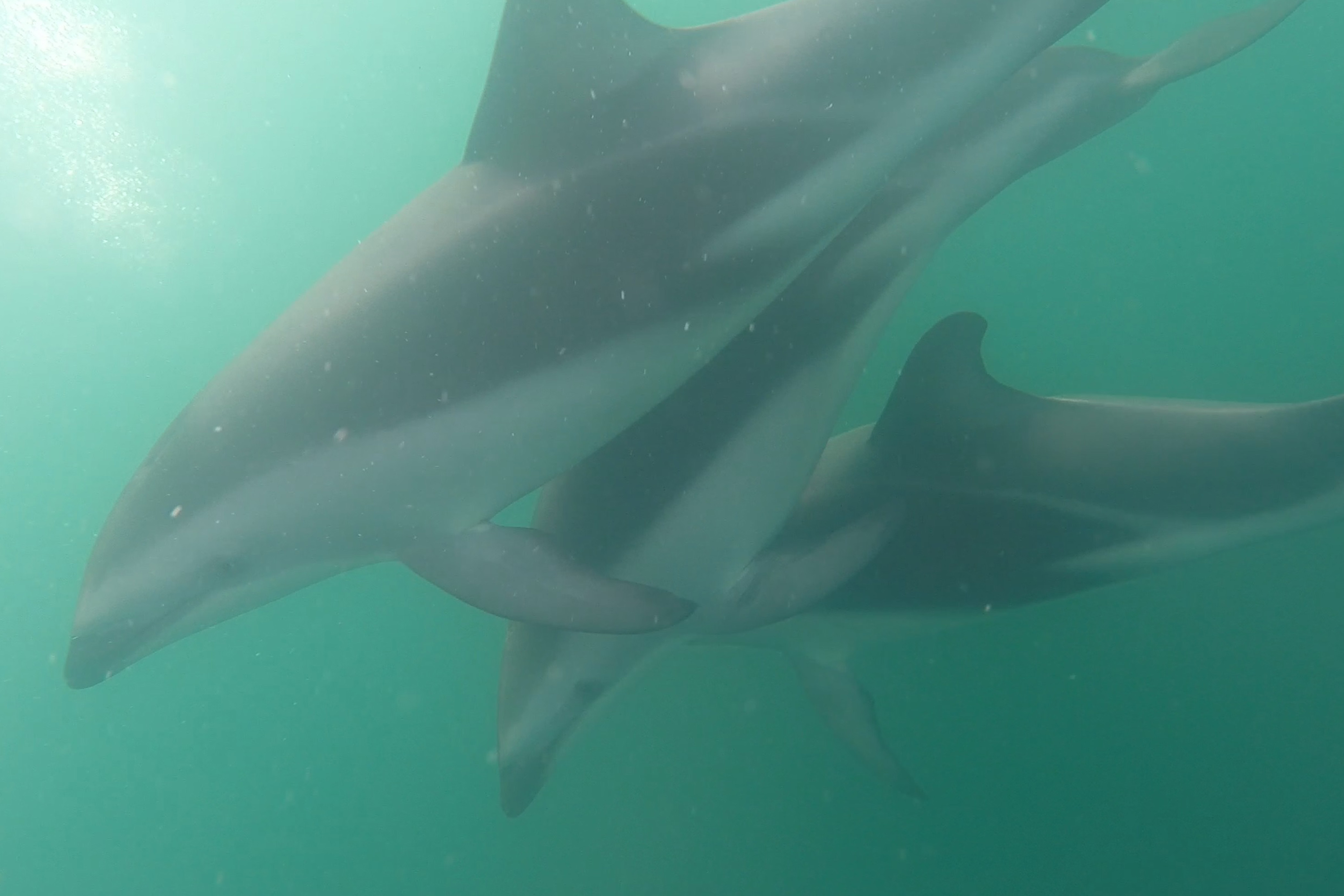