Normally on Christmas morning, Sean and I would be with one of our families opening presents. At the very least, we’d be at home in Dushanbe with the furbabies watching them tear through their presents because yes we are those crazy pet parents who get their babies gifts on Christmas. Fight me about it.

This past year was just a little different. Not only was it summer weather since we were in the Southern Hemisphere, we also picked December 25 to complete the 19.4 kilometer (12 mile) Tongariro Alpine Crossing. 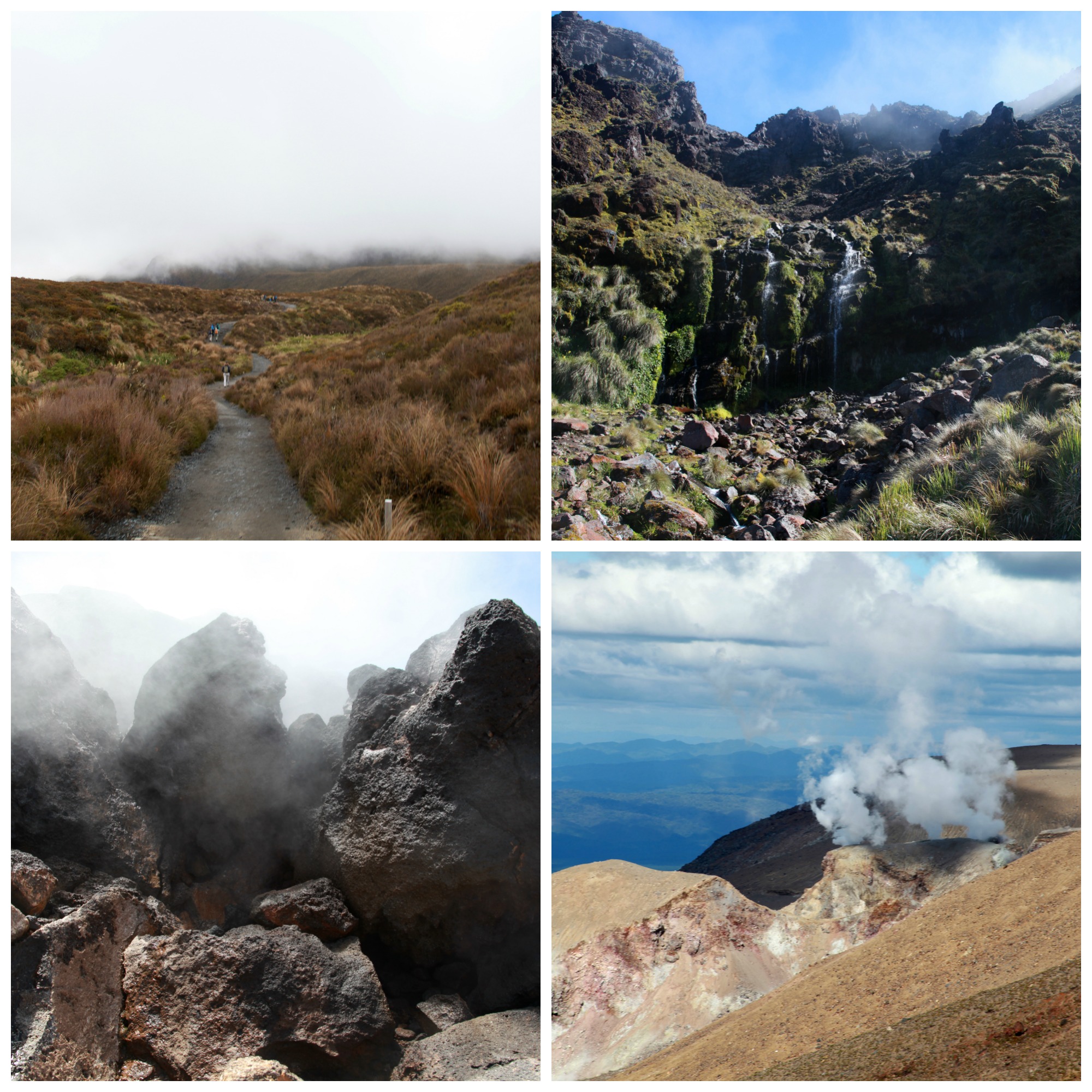 Tongariro National Park is New Zealand’s oldest national park and dual World Heritage area. Within the park there are several Maori religious sites and many of the parks summits are considered sacred. It’s also home to three active volcanoes  Ruapehu, Ngauruhoe, and Tongariro.

The terrain is quite, well, for lack of better word, weird. Besides the three volcanoes, there are large craters that look like a Martian landscape, sulfur pools, and areas of volcanic ash that look otherworldly.

Kind of like Mordor if you catch my drift. 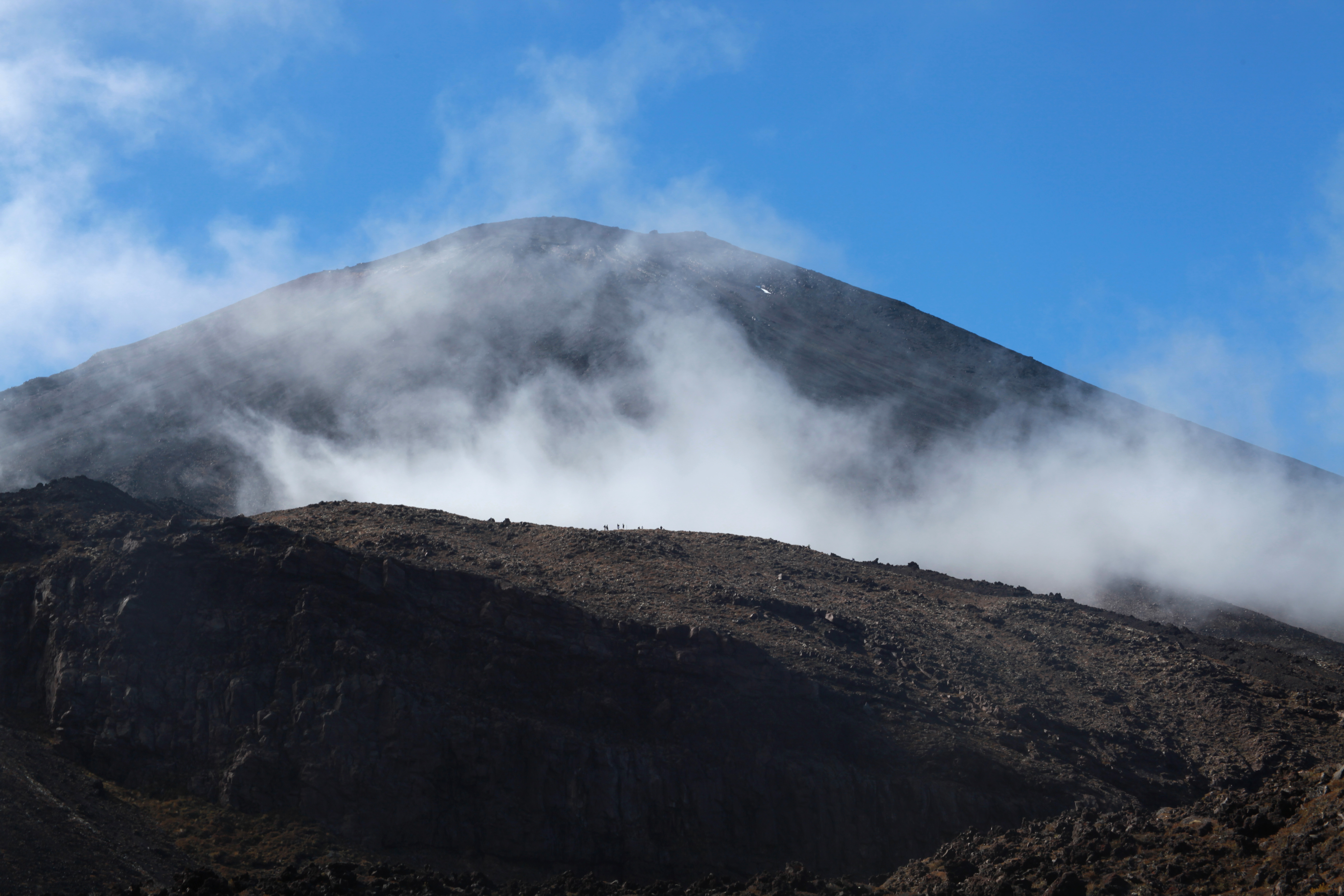 We were both really excited to tackle this hike. It’s not for the faint of heart, that’s for sure. Aside from the 19.4 kilometer distance stamp there are portions of the hike that go straight up, then straight down, then straight up again. Plus there’s optional summits of two of the three volcanoes.

About two hours in to the right you see a turnoff for Mt. Ngauruhoe, the more impressive of the two volcanoes you can climb. It’s also one of two mountains used in the Lord of the Rings films for Mount Doom. At this point in the hike we were feeling pretty good so we decided to go for it. 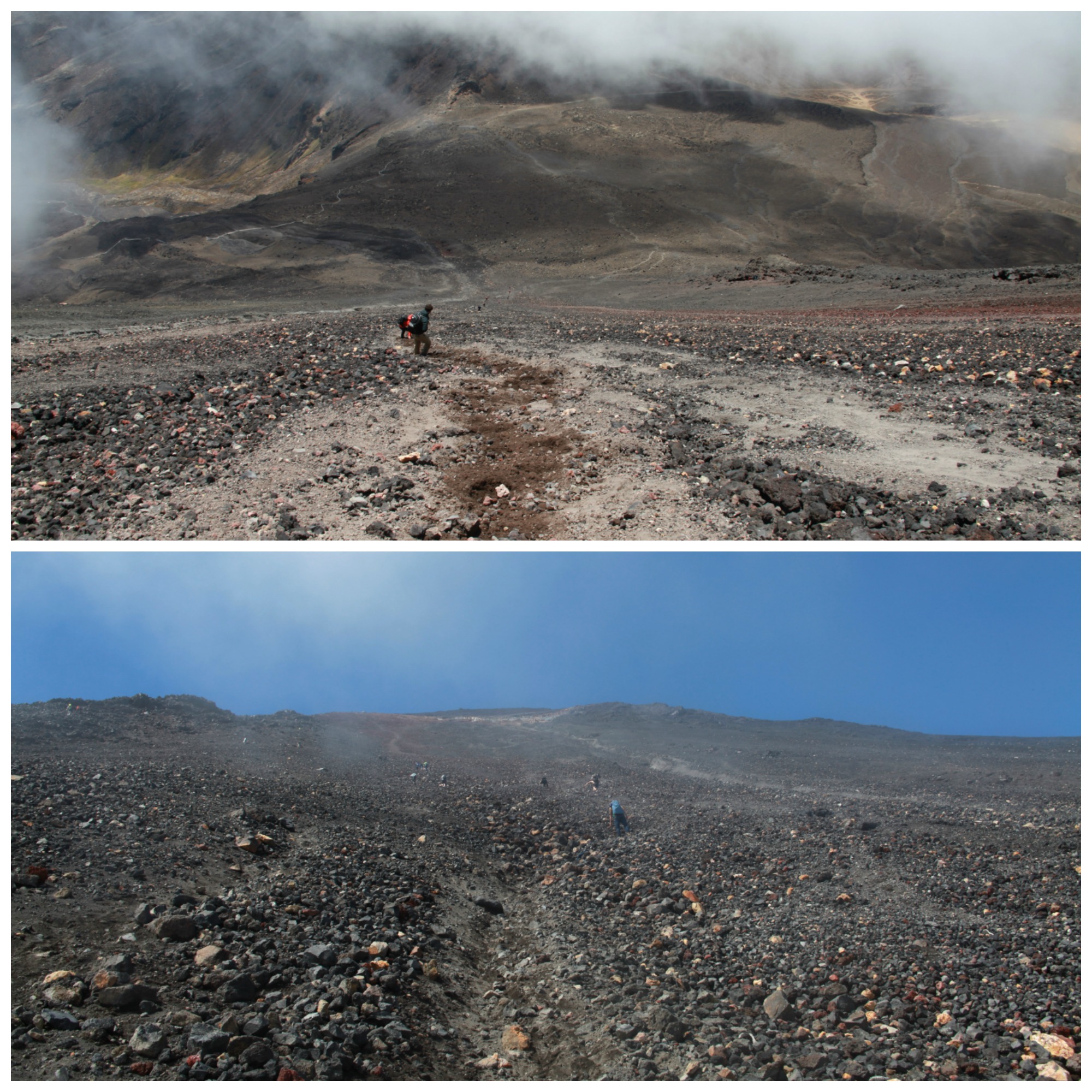 If you’re wondering what it’s like to climb up Mount Doom allow me to enlighten you. You know that scene in Lord of the Rings: Return of the King where Sam stands up and says the epic “I can’t carry if for you, but I can carry you!” line? Yeah. That’s bullshit. The fact that he is able to stand while climbing Mount Doom is a total lie.

Basically you’re trudging up loose volcanic ash that feels like you’re on a treadmill. There’s no marked trail and no way to get good footing. Plus the ash gets everywhere. Your shoes, your hair, your eyes. Everywhere.

Once you finish the loose ash portion you are “rewarded” with solid(ish) ground. Trouble is the rock ledge is steep and sharp so you end up destroying your hands as you scramble the rest of the way. Awesome. The whole trudge took four hours up and back.

I will say, the view from the top was worth it. Nothing like eating Christmas lunch on the outer rim of an active volcano. 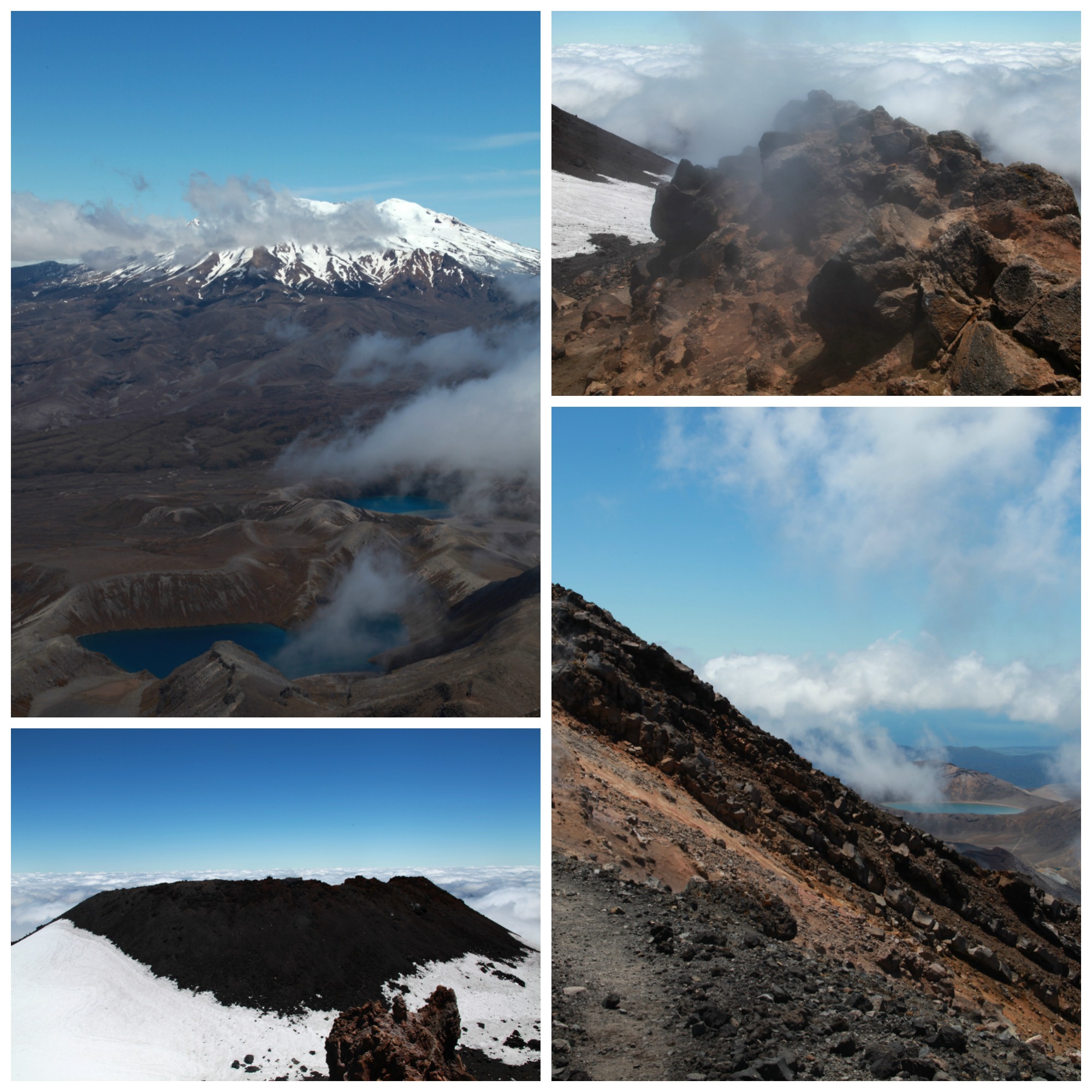 Once we finished the Ngauruhoe summit, we still had about four hours worth of the hike to finish. This meant climbing up and down the rims of the South Crater, Red Crater, and skirting around the Emerald and Blue Lakes. Definitely a weird but beautiful landscape. 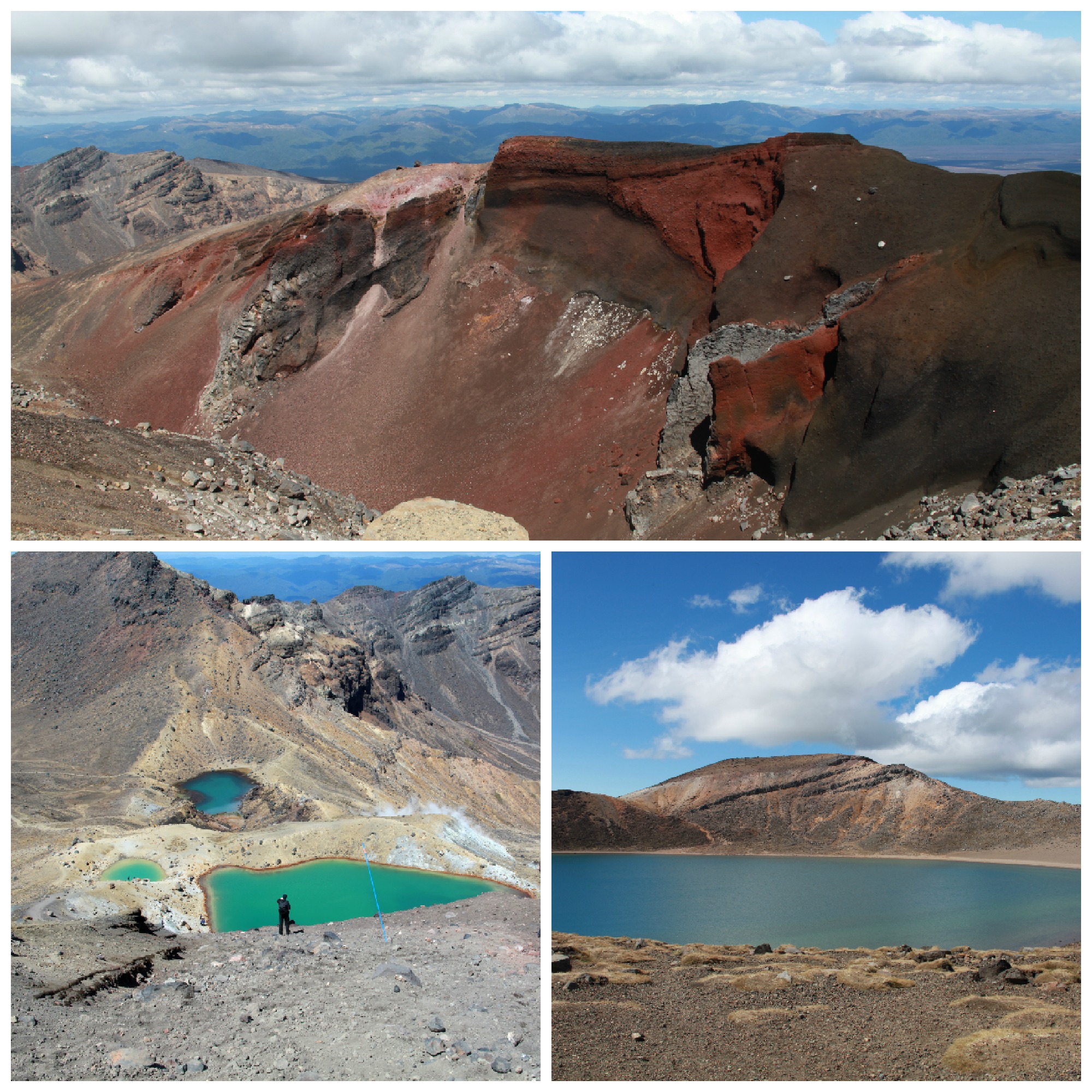 The last three hours of this hike were what did me in. We descended a full three hours to the car park. I could feel my left foot deteriorating, and with about an hour left I knew my toenails were in jeopardy. Somehow descending hurt more than the four-hour summit of Ngauruhoe, and by the time we rounded the last bend I was ecstatic to see the car.

We then drove about an hour to our hotel. We had another early morning the next day so we were trying to split the distance between the National Park and Waitomo. After Christmas dinner of sandwiches (which was awesome by the way) feeling finally returned to my feet and we completely passed out. 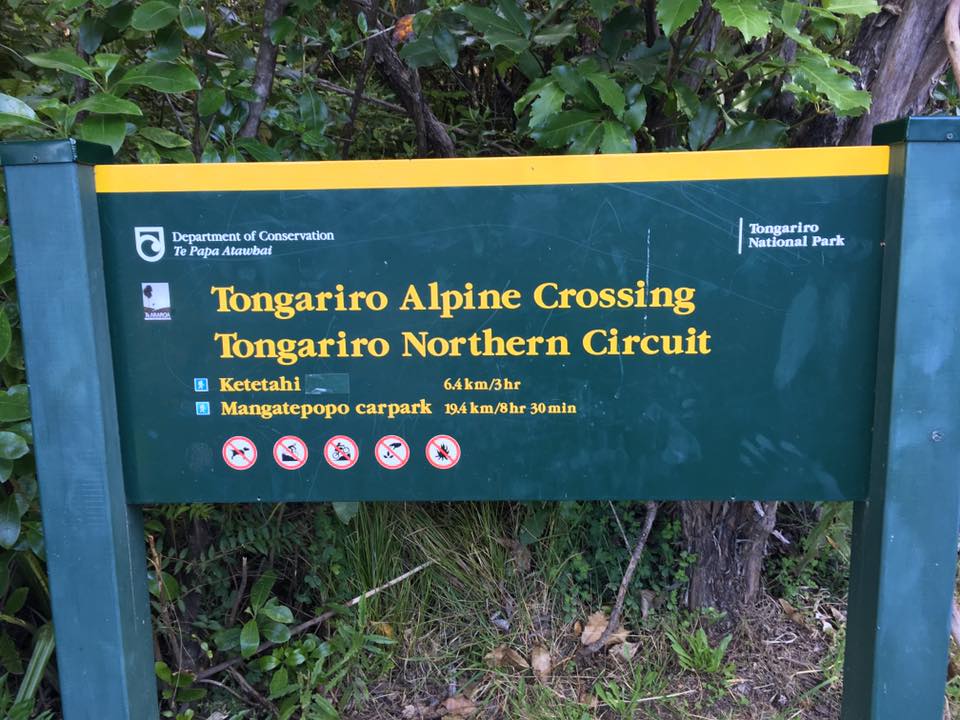