Now I know the title of this one is weird. Two very different things crammed together: black water caving with glow worms and frolicking around a movie set for Lord of the Rings and The Hobbit. Opposite as these two things are they did happen on the same day, and it was only a little crazy.

After an excellent night sleep (we were exhausted from Tongariro the day before), we awoke bright and early to drive to Waitomo, a town famous for the network of caves running below ground that happen to be home to glow worms.

This would be our third and final wet suit adventure. We choose to do one of the longer tours which involved abseiling (repelling) down a 130 foot shaft to enter the caves. I, again, was terrified – though it doesn’t translate into the pictures. Apparently I fake it pretty well. 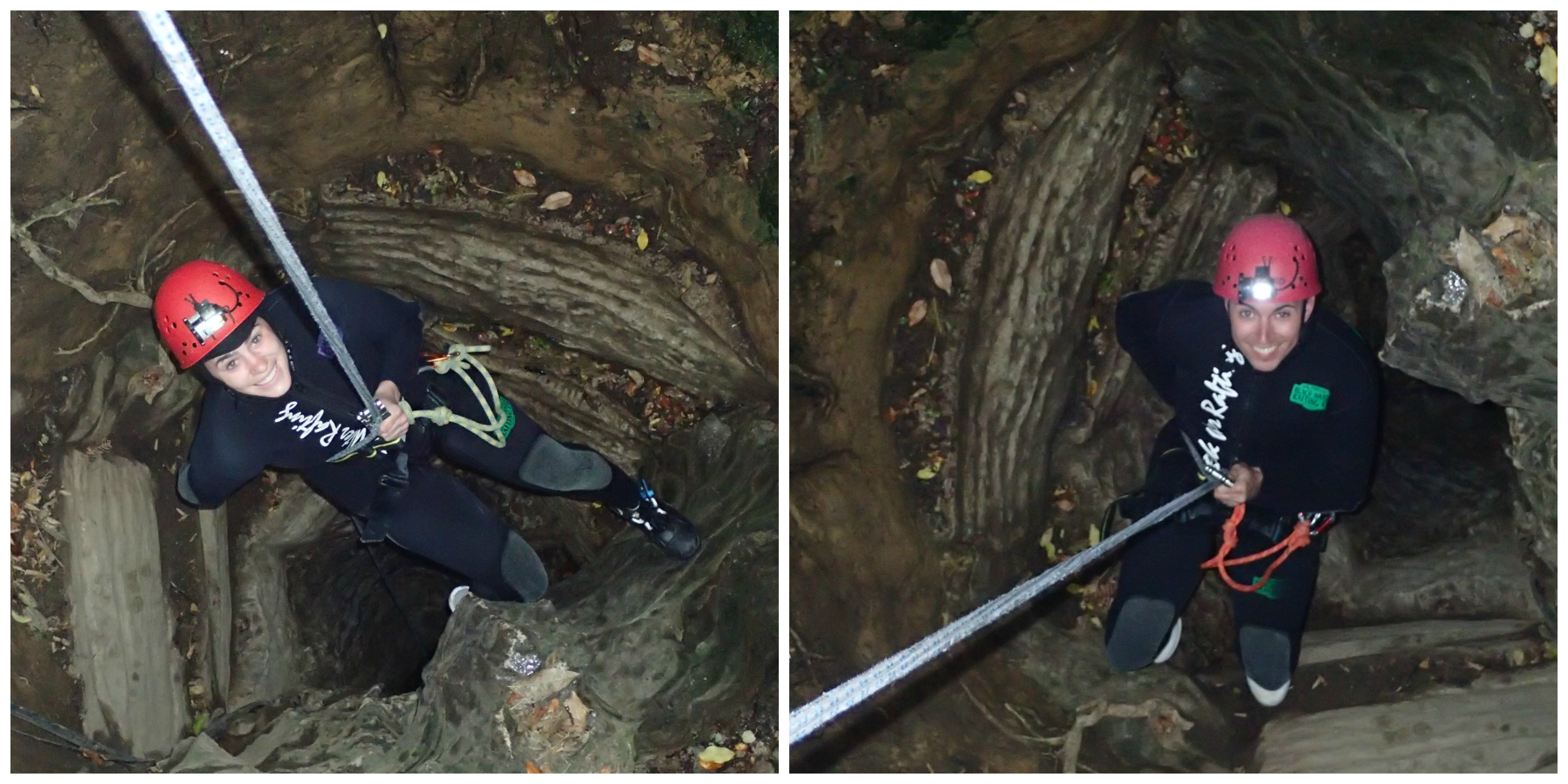 After surviving the descent, we made our way through the caves. This involved zip-lining, tubing, wading through waist deep water, and climbing up two waterfalls to get out. It really was an exciting trip. Oh, and we did see some glow worms which was pretty incredible. 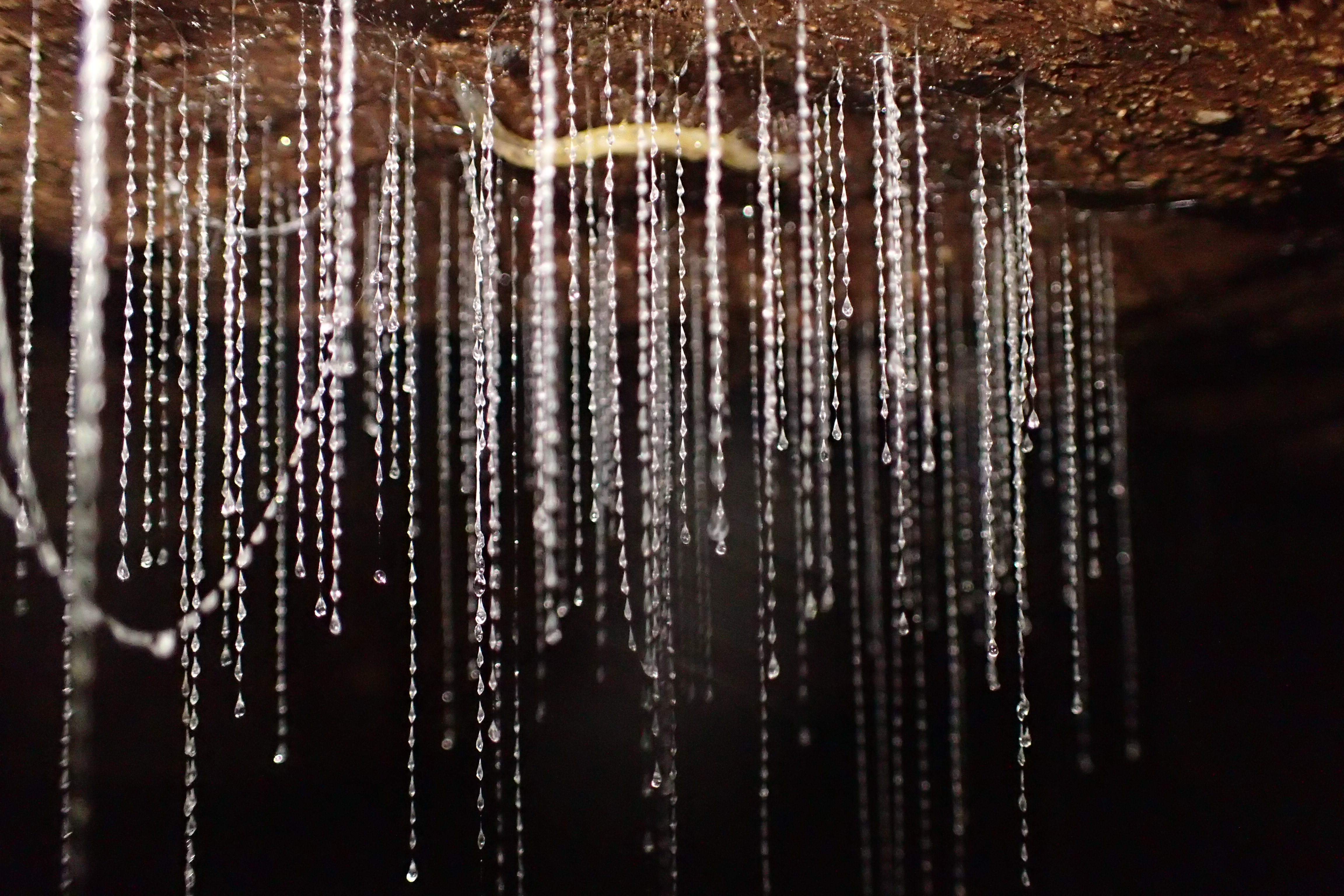 From here, we ate a quick lunch in town, then left for Hobbiton and some Lord of the Rings magic.

The Hobbiton movie set is actually part of the Alexander family farm, a 1,200 acre property of rolling grassland. Peter Jackson first saw the farm from an aerial scouting trip and fell in love with it. 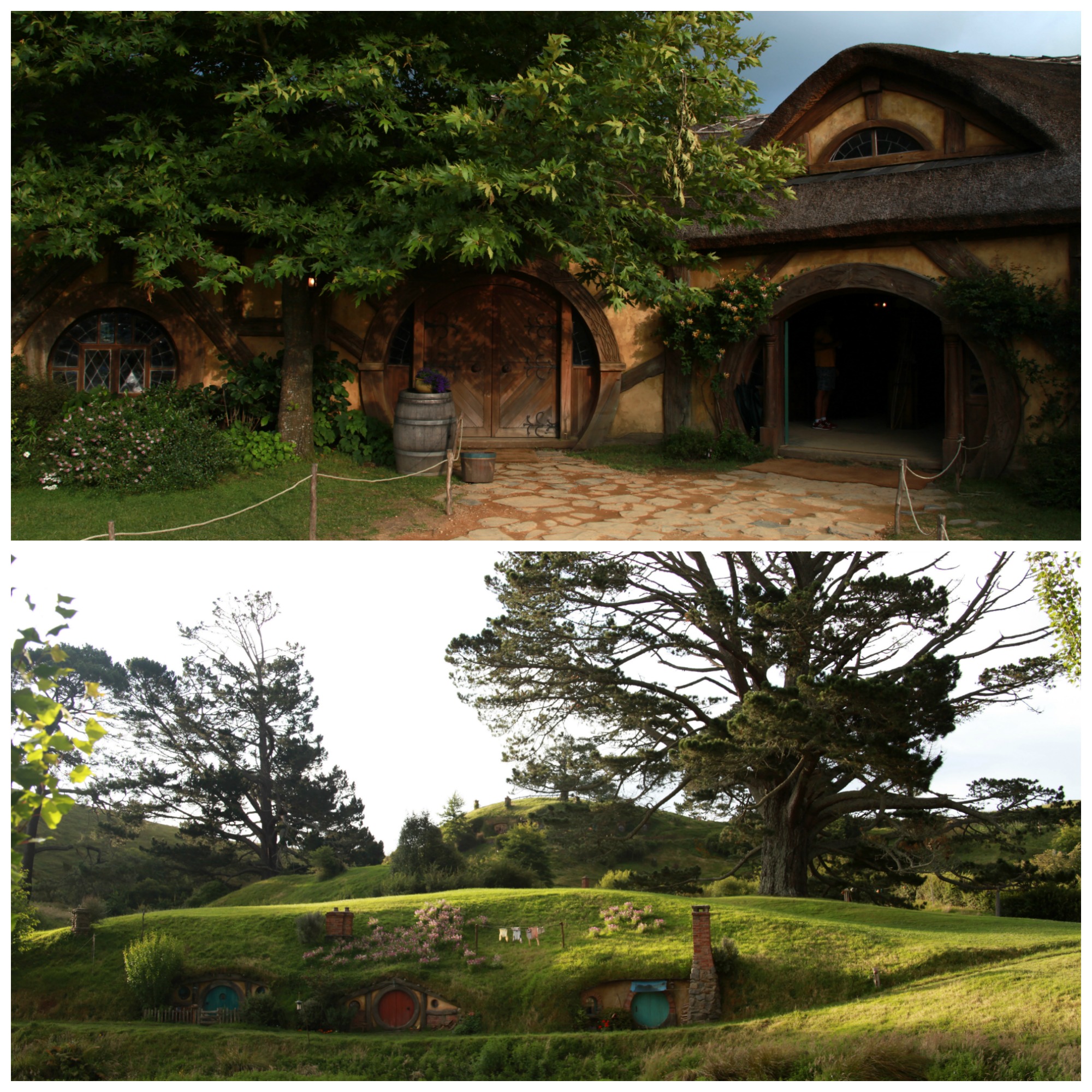 When Lord of the Rings was filmed, the set was made of disposable materials and was completely restored to it’s original state once filming finished. When they returned for The Hobbit, the Alexander family negotiated to have the set constructed from permanent materials so that it could remain as a fixture for New Zealand and the world. 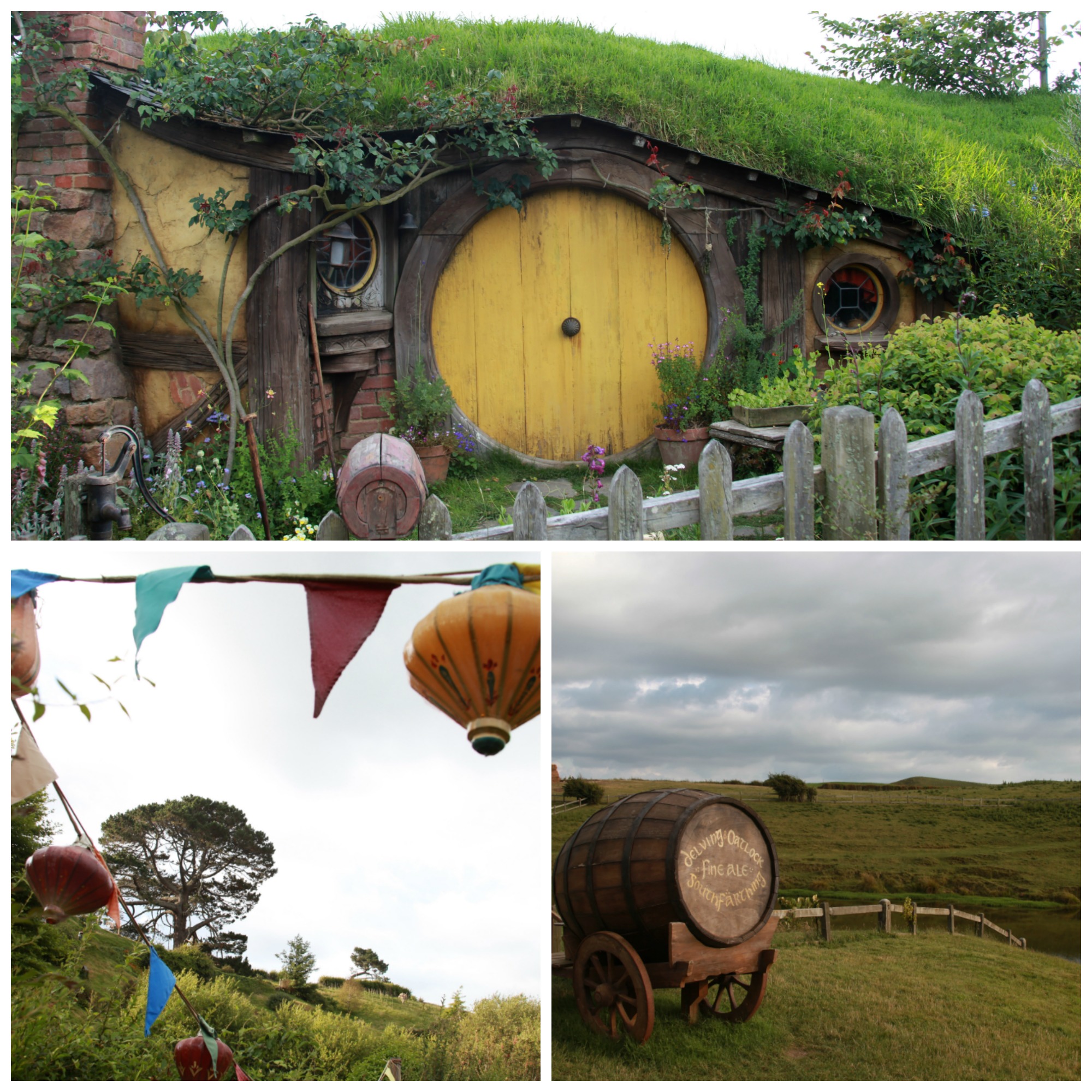 Apparently, the family has been giving their own tours to interested folks in between Lord of the Rings and The Hobbit where all they were doing was pointing at hills.

I promise the tour now is much more impressive than those early days. 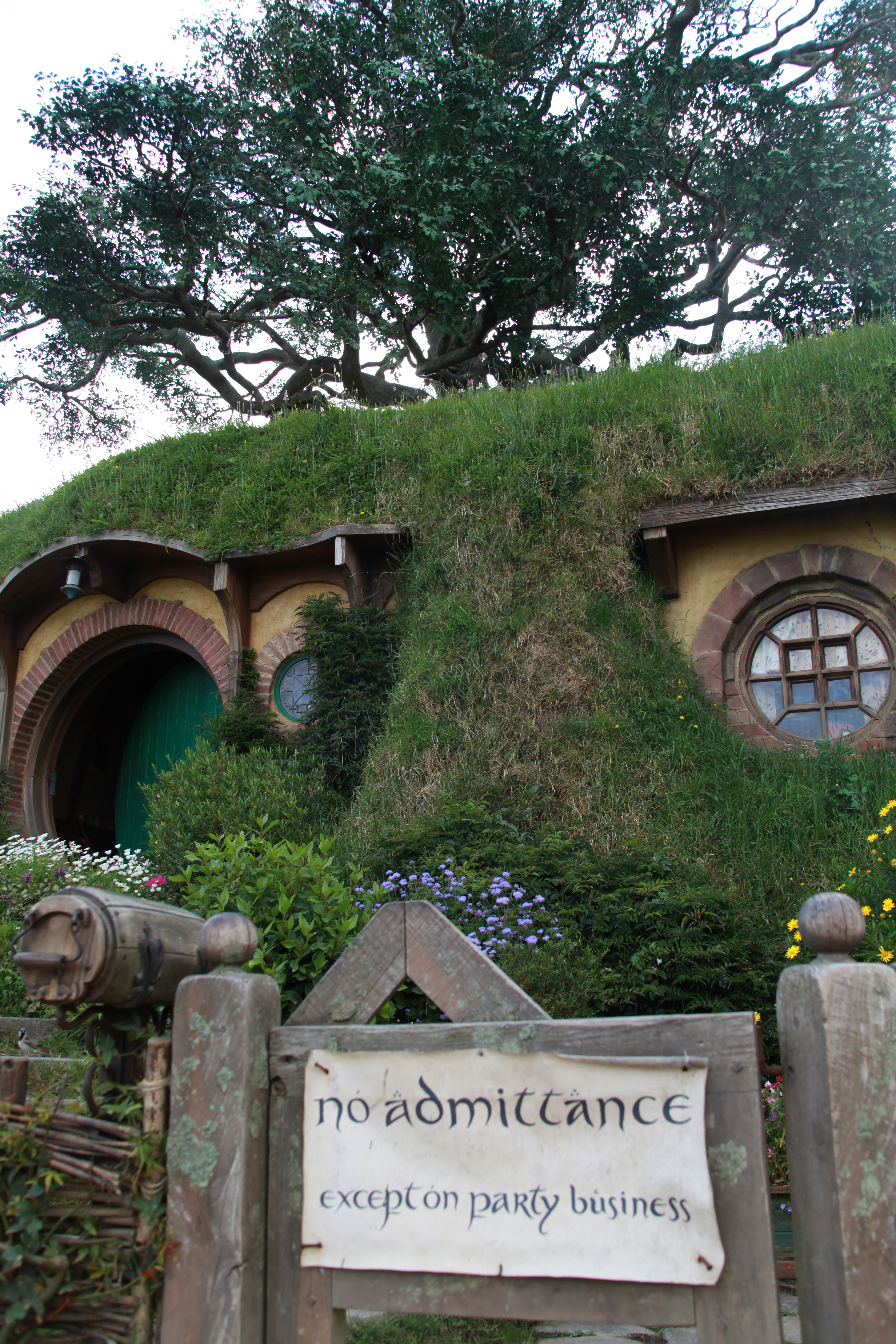