There really is no place on earth quite like Rotorua. Where else are you going to wake up to the sweet smell of sulfur in your geothermal-heated hotel room to go bathe in hot springs and walk past boiling mud? No where that I can think of. I believe the guidebook even referred to Rotorua as stinky and unique.

We had two days here and it was a lovely break after all the driving we did during our first few days on the North Island. Our first day we spent wandering around town taking in the sights. Normally “taking in the sights” would mean picturesque landscapes or cityscapes with beautiful architecture. In Rotorua it means boiling lakes, bubbling mud, and weird geothermal formations. 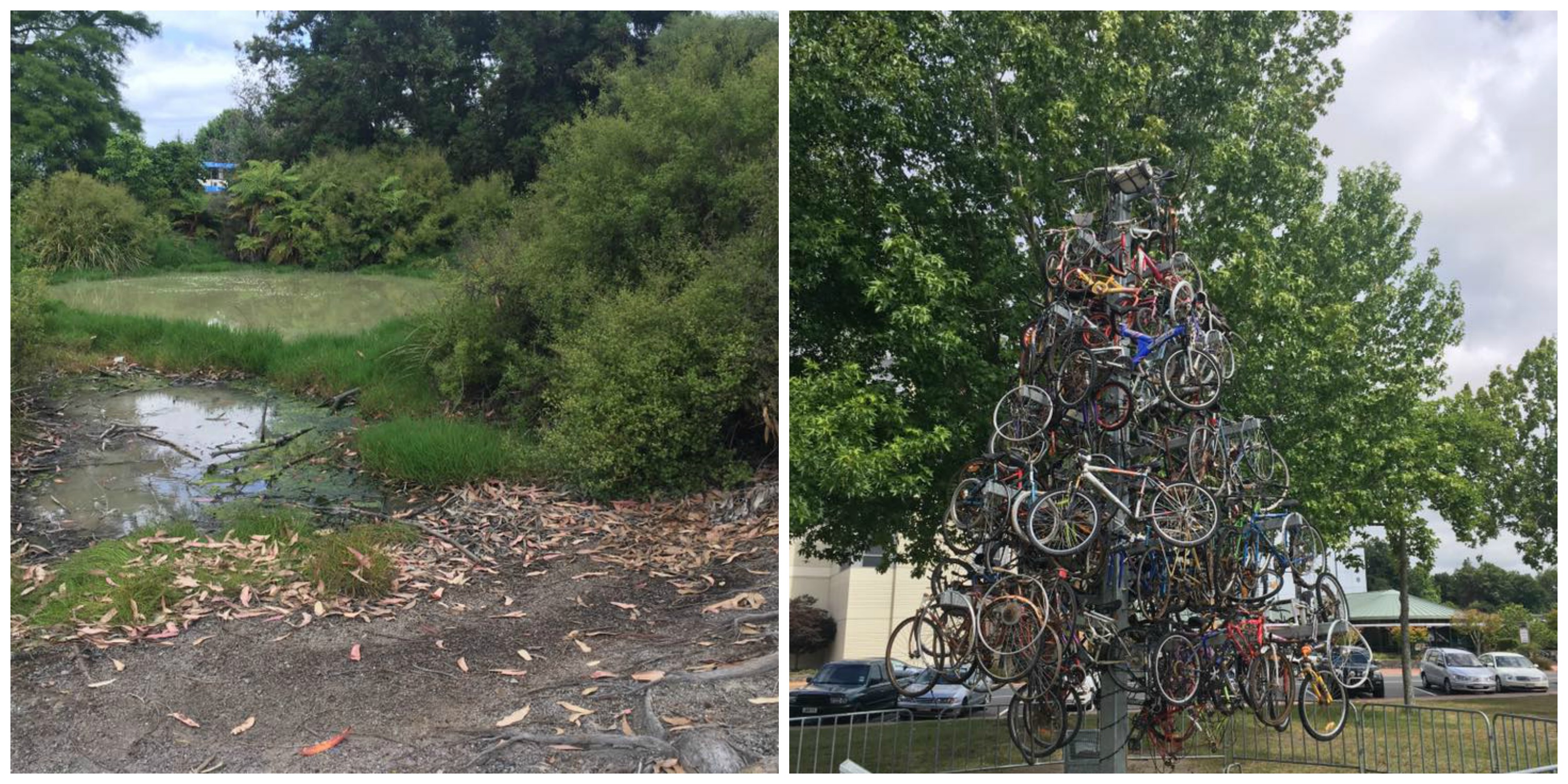 Rotorua is not only known for it’s geothermal activity. It’s also a huge tourist town with lots of great souvenir shopping. Especially the famous New Zealand greenstone, also known as pounamu or jade.

Greenstone is significant in Maori culture. It is considered a treasure and signifies prestige. Today artists carve greenstone into pendants, earrings, statues, and other decorative items. The shapes of these carvings are also significant and each symbolizes a different virtue including the koru (spiral) which symbolizes harmony, and the hei matu (fish hook) which symbolizes strength and good luck.

After shopping we went to relax in the historic Polynesian Spa. We treated ourselves to a private pool (which was not so private thanks to about a million chatty seagulls) to unwind. Still aching from the rafting, hiking, and caving, relaxing in mineral rich water was exactly what we needed. 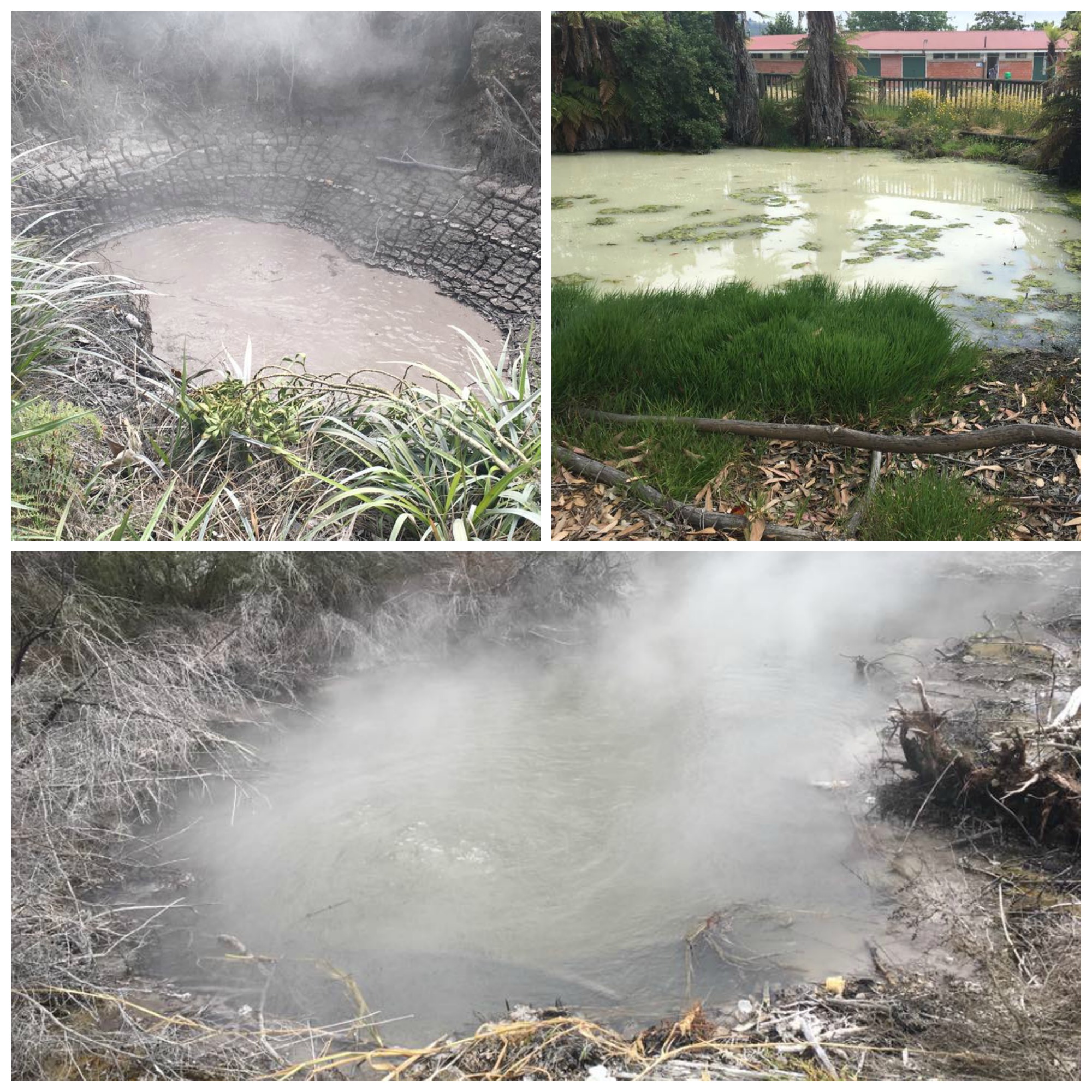 On our second day in Rotorua, we spent the evening at the Tamaki Maori Village for a full cultural experience. The Maori are the indigenous people of New Zealand. The migrated from eastern Polynesia sometime between 1250 and 1300 CE. They have their own language, rich mythology, unique crafts, and vivid performing arts.

The evening began with the traditional welcoming ceremony before we were invited into the village where we learned about the Maori way of life including dance, games, crafts, and the Haka, the traditional war cry, dance, or challenge. I do have photographic evidence of Sean performing the Haka, but I have been strictly forbidden from posting any of it here (or anywhere), so I’ll leave you with a few photos of the professionals. 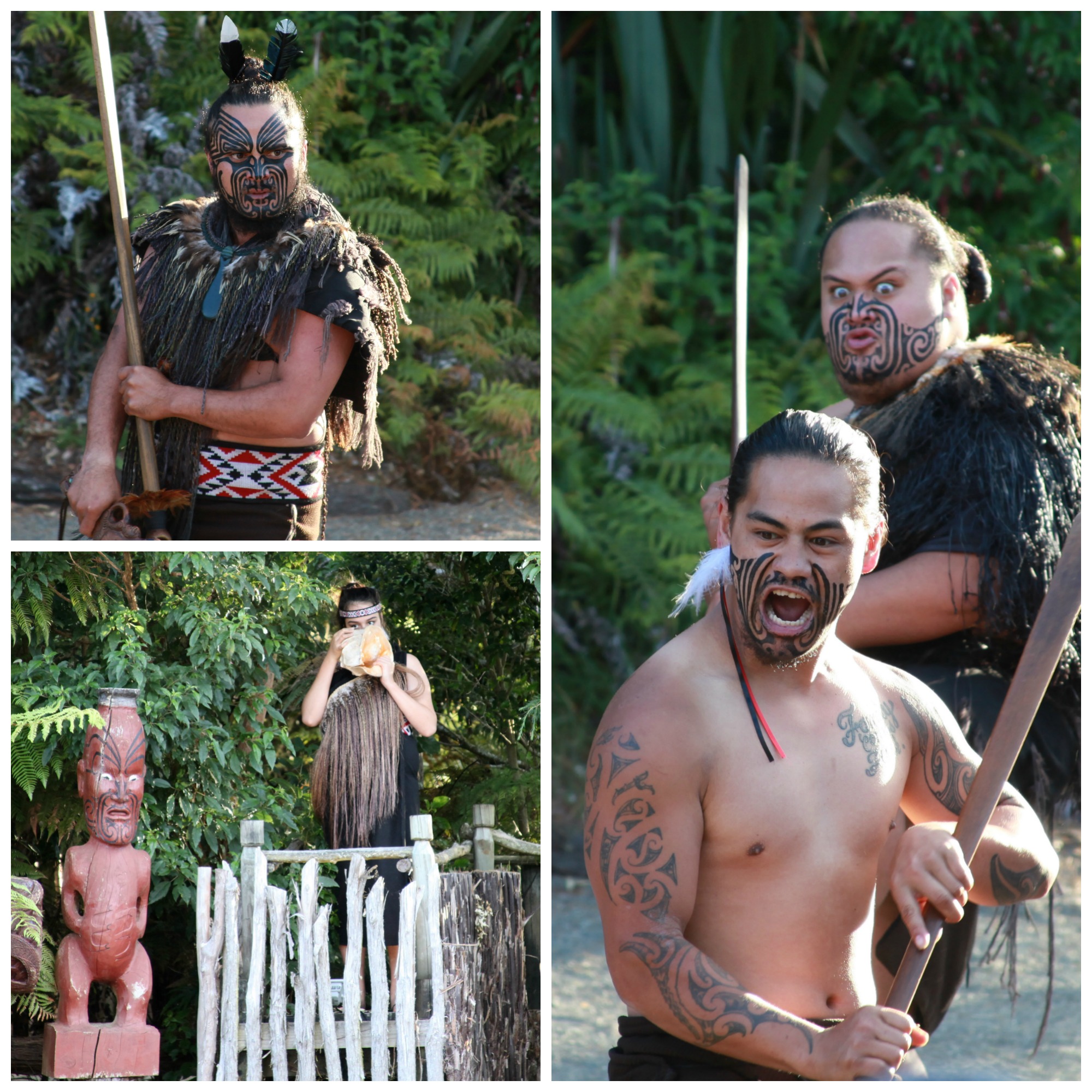 After this introduction to the Maori culture, we were treated to a performance in the village meeting house by our hosts. This performance included poi, the art of swinging tethered weights through a variety of rhythmical and geometric patterns, often used to depict the wing patterns of favorite birds. The poi was done in conjunction with authentic songs and dance.

We then feasted on the traditional hangi dinner which had been prepared for hours by our gracious hosts. The food had been cooked in a pit oven using heated rocks. While this practice is less common with today’s modern technology, it is still used for special occasions.

Unfortunately I don’t have too many decent pictures to share with you since it got dark quite quickly and we were in the back for much of the tour. Plus, I was more focused on the experience than snapping photos to be perfectly honest.

Once we returned to the hotel, we hopped in the geothermal hot tub to wind down for the evening. Not a bad way to end our fantastic few days in this stinky, unique town. 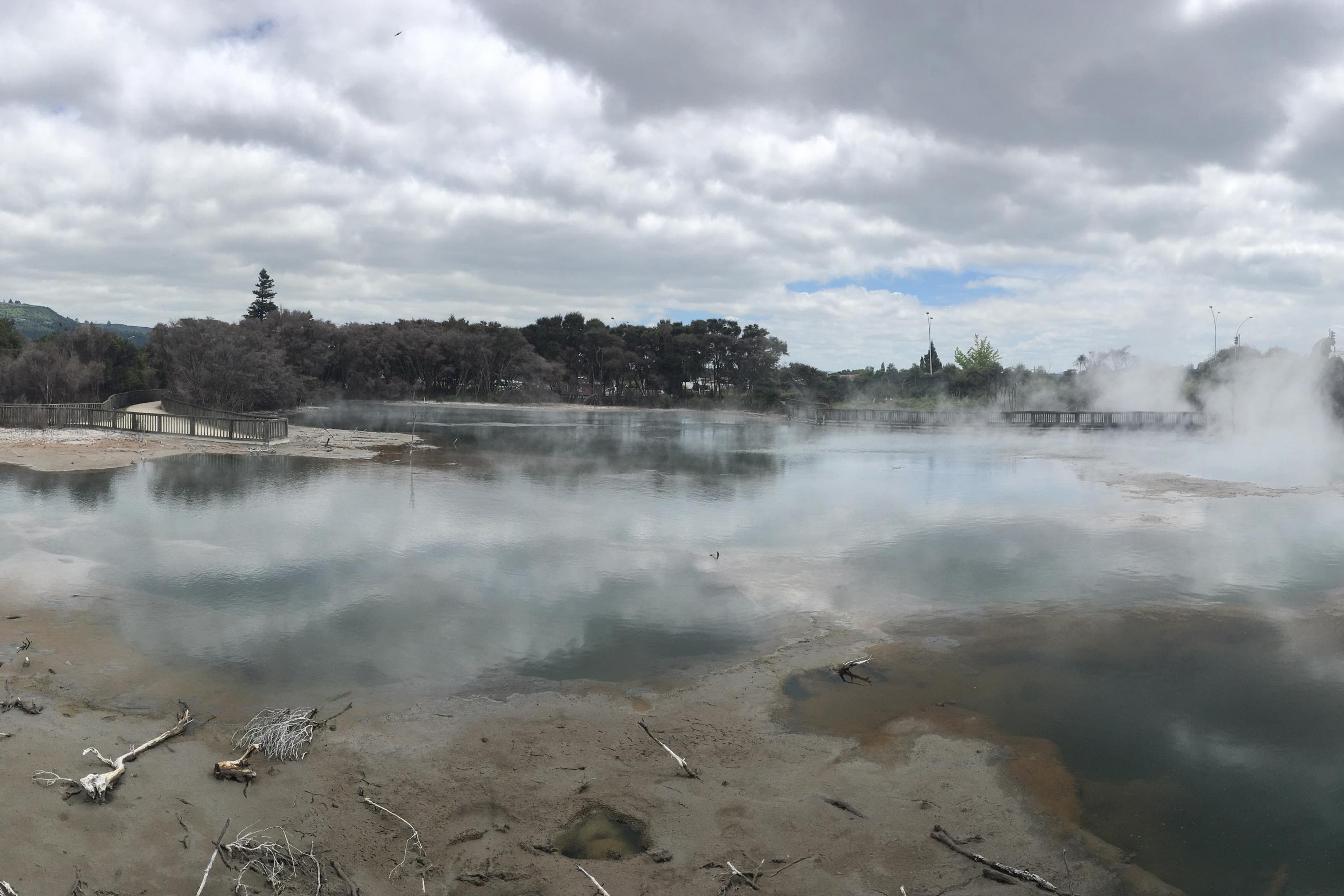 One thought on “New Zealand: Rotorua”