Buzkashi is one of those cultural experiences you simply must have if you spend any lengthy amount of time in Central Asia. I would equate the experience to witnessing a bull fight in Spain – which I did in 2008. You simply must go since it’s such an integral part of the culture, but you don’t necessarily need to experience it more than once. 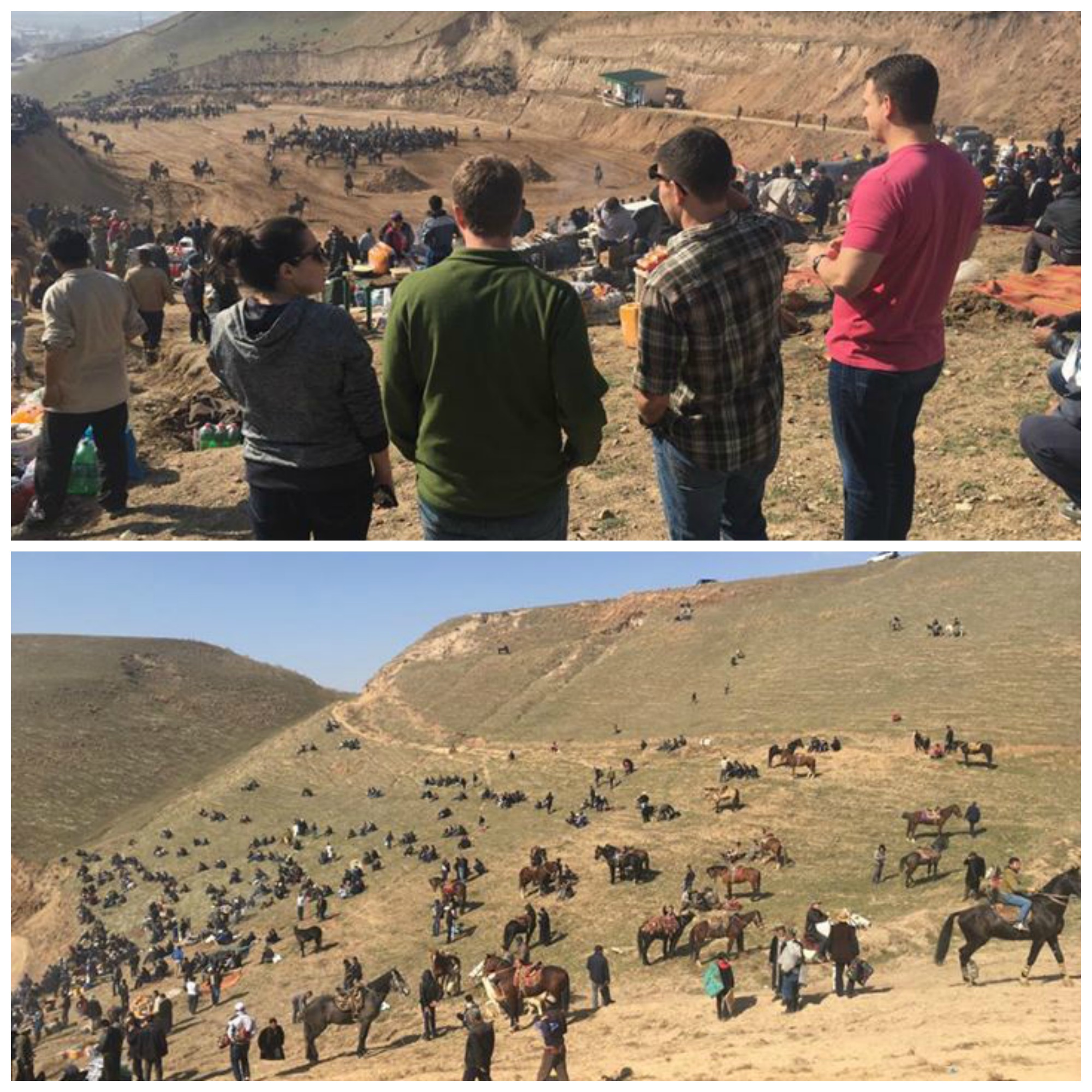 Before I delve too deeply into this blog, I want to be clear. I’m not in any way judging or criticizing the sport. I simply want to state the facts and document this unique experience.

Buzkashi literally means “goat pulling” in Persian, and it’s the traditional sport of the region. A very crude, but simple, description is that it is unorganized, teamless, polo match where horsemen attempt to place a headless goat or calf carcass in the goal. It is believed to have possibly began with nomadic Turkic-Mongol people who came to Central Asia between the 10th and 15th centuries. Today games are played in Kazakhstan, Kyrgyzstan, Tajikistan, and Afghanistan.

The reason it took us so long to attend a match is due mostly to the secretive nature of the games. Rumor has it that organizers of these matches do not want a huge group of Westerners showing up and sneering at the national sport. Also, games are usually announced only a few days in advance and, with a limited marketing strategy, word doesn’t reach everyone as quickly as it should. 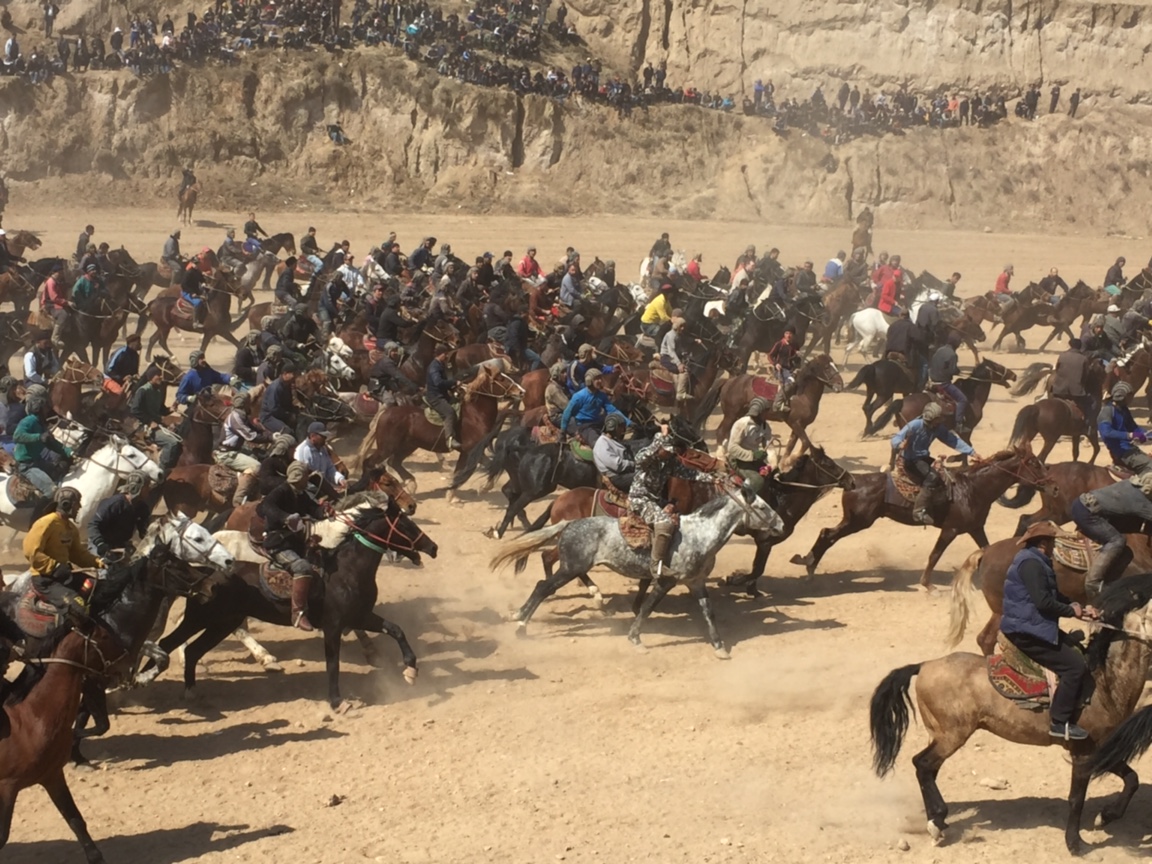 Last month we were lucky enough to stumble upon some vague information about a game happening about 30 minutes away. A group of us took a chance and ventured out that morning. Luckily, the directions we had were perfect and even if they weren’t it wouldn’t have been hard to find. Just follow the many vehicles carrying horses. Usually a good indication you’re in the right place.

This particular match was a massive free-for-all. Hundreds of mounted players raced around the field trying to hoist the carcass up onto their horse and hold it there long enough to reach the goal. For most of the time we couldn’t really see what was happening, but it was fun just to be a part of the day.

I will say, for all the rumored fuss about foreigners attending these matches, everyone was extremely welcoming. There was a definite picnic feeling in the air. Vendors sold food and drinks, and everyone seem to settle in for an enjoyable day. We left after a few hours, but the match was still in full swing when we departed.

Not a bad way to spend one of the first of many beautiful spring days in Tajikistan if you ask me. 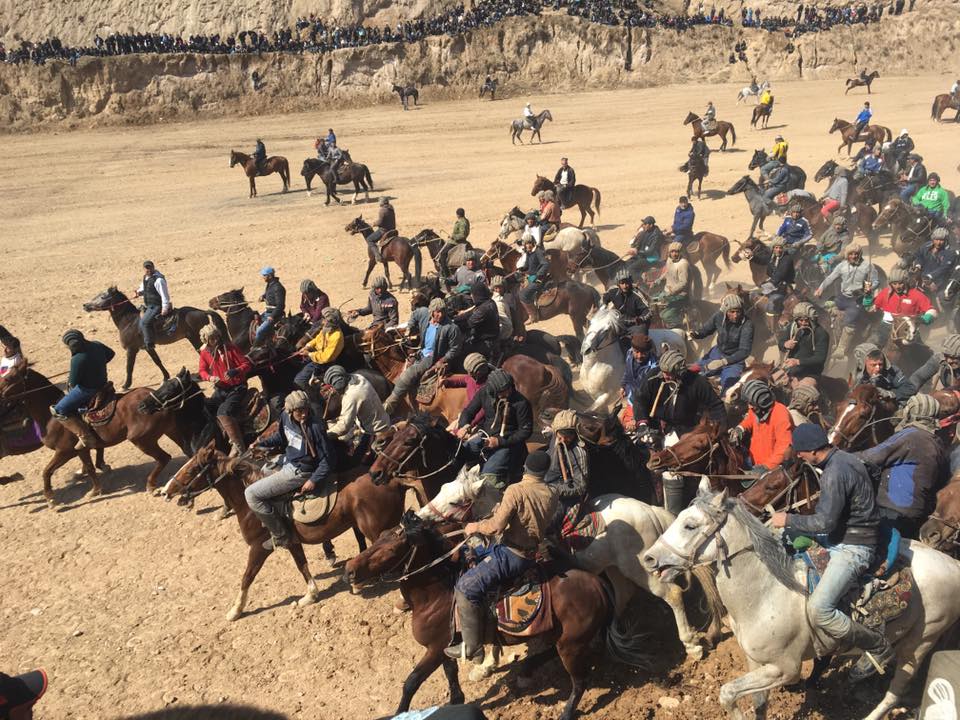