I’m an online shopping convert. Before the Foreign Service life I was quite adamant that in-person shopping was the way to go. Product photos can be deceiving, so I liked to be able to see, touch, try-on, and fully analyze whatever it was I was thinking about purchasing. Obviously, that went out the window when the pouch became my only option for accessing U.S. products while in Tajikistan. And now I simply can’t stand crowded stores with too so many choices.

However, there is one purchase in particular I don’t suggest doing online: buying a house. 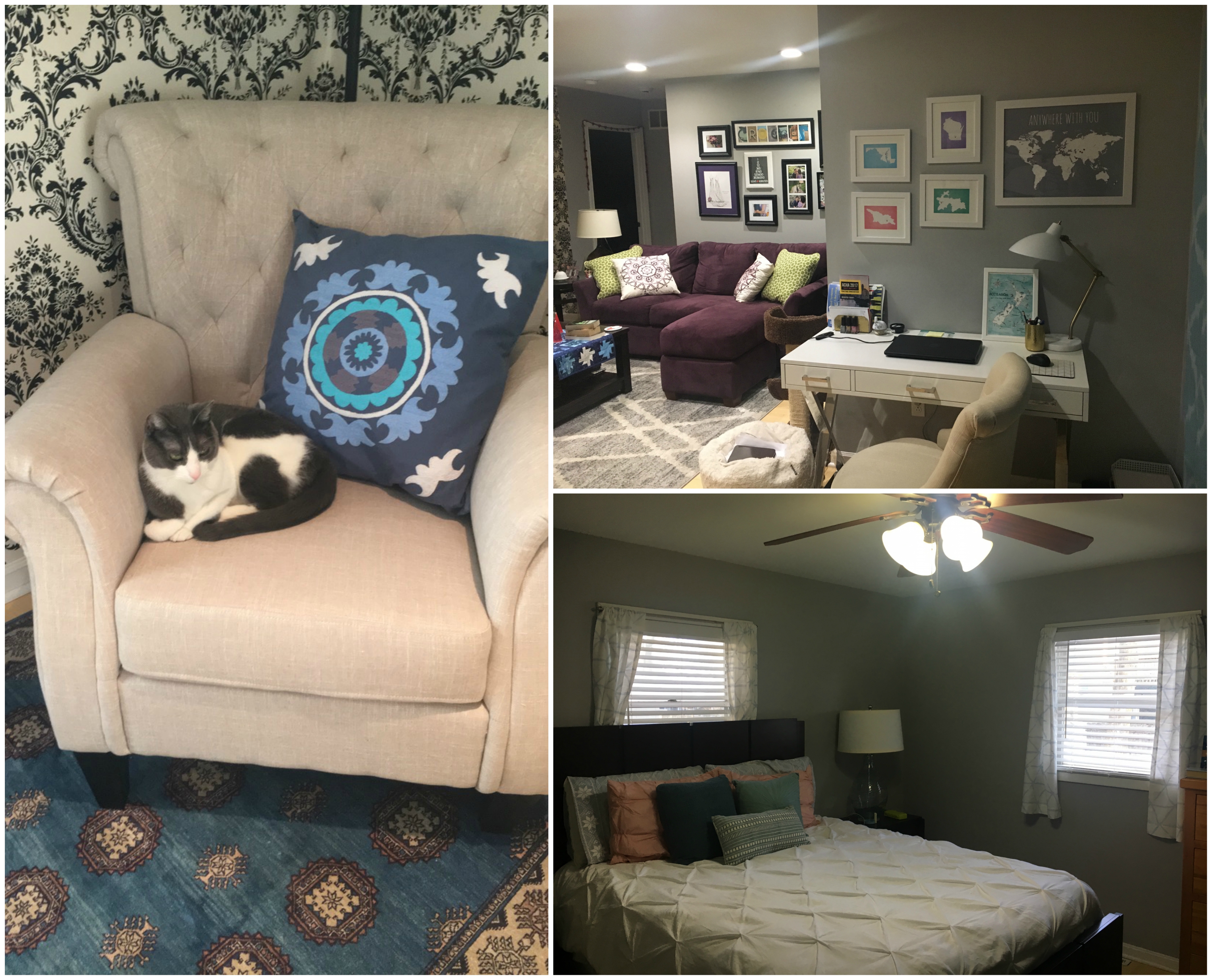 With our weird gap year where we weren’t really PCS-ing to the U.S., but staying too long for it to be considered TDY (temporary duty), and the fact that we have a literal zoo of animals, we knew purchasing our own home was really our only option. I sent out a few feelers to people claiming their rentals were pet friendly, but (like any NORMAL person), they weren’t keen on five strange animals moving in. So we spent several months browsing through listings in the Annapolis/Edgewater area before finding our cozy little home with a huge kitchen and fenced in yard for the puppies.

Which we bought sight-unseen save for listing photos and a shaky two-minute “walk-through” video by our realtor.

Don’t get me wrong. I like our house. It’s a perfect size for us right now and it’s been fun making it into our home.

A home built in 1940 that’s been…shall we say….questionably maintained comes with a lot of issues.

Many of the houses in our neighborhood were once vacation homes which have been added on to and modified. So it’s not surprising that there are really weird quirks throughout. The floors don’t all line up perfectly, so there’s about an inch difference between the new and old parts of the house. The circuit box is in the kitchen – which is better than where it could be; apparently some of the homes have them in bedrooms. And the furnace is in the corner of a barely-accessible part of the crawl space (more on that later).

There’s also some cosmetic quirks. Someone who lived here before us apparently sloppily painted the entire house a multitude of crazy colors (bright green, teal, orange, you get the picture). When they went to list the house, they quickly hodge-podge painted everything gray (except the nursery turned weight room where the Dr. Seuss murals remain). Remnants of these sloppy paint jobs are splattered on the trim and baseboards all throughout the house. Oh. None of the baseboards match each other by the way. Even in one room, there might be 2-3 different styles.

Then there are the actual issues. Neither of us have ever lived in a house that required water softener. After a few months of unknowingly neglecting to add salt to the softener, our water became strangely yellow. A simple Google search told us that “hey dummies, maybe add salt to your softener? because duh?!” Thankfully, there’s no major lasting effects of our naivety.

One of the showers is virtually not usable. It was never sealed properly so water leaks into the walls. Sean poured an entire tube of calk in the spaces to hopefully patch things up, but we know that’s a temporary solution and need to redo that bathroom relatively soon. That’s also the bathroom where some previous owner took kitchen backslash tile and thought it would be a good idea to use it as a floor. Of course it’s all uneven and crazy-looking.

We’ve also had on and off issues with the air conditioner and furnace. The AC, thankfully, took only one visit from a technician to fix, the furnace, however, turned into a battle of wills.

Our furnace runs on oil. When the weather turned cold and we finally gave in and turned the furnace on, the warmth lasted only a few days before we depleted whatever reserve oil was in the tank. Ok, fine. We called to have it refilled. No big deal.

The tank was so old and rusted out that it was leaking. Since oil is not exactly the best source of energy, we thought about converting the house to either gas or electric. Might as well since we had to replace the tank, right? Well, it turns out that there isn’t a main gas line our street, and while we could opt for a gas furnace with a propane attachment, the crawl space as isn’t really large enough to accommodate such a contraption. Same goes for an electric furnace. Oh, and for electric we would have to step-up the entire house since the current circuitry can’t handle running that much power.

So we got a new oil tank.

But our troubles didn’t end there. Even with a new tank and fresh oil, the house just wouldn’t stay warm. We ended up buying three space heaters and lived off those for several weeks trying to sort everything out. After five service visits over the course of four days (one of which at 10:30 p.m. because I felt like being a bitch and making them come back the same day and army-crawl beneath our house again), we finally figured out the problem. Thankfully, the house has been warm ever since.

Now, back to the crawl space.

When we returned home from Christmas we noticed an odd split in our hardwood floor near the back door. Two of the boards had pushed up come apart a few millimeters. After searching the internet for answers, the prevailing theory is that the crawl space needs to be encapsulated. This prevents moisture build up, mold, and overall improves the health of the house and it’s inhabitants. There’s also a chance that any beveling in the floor will right itself once everything under it is secure. We’re hoping to take care of that in the next few weeks.

Phew. I think that’s everything.

All in all, I think we are about par for the course when it comes to owning our first home. It’s not perfect, it’s not the dream home, but it works and in spite of the difficulties, we kind of love it. 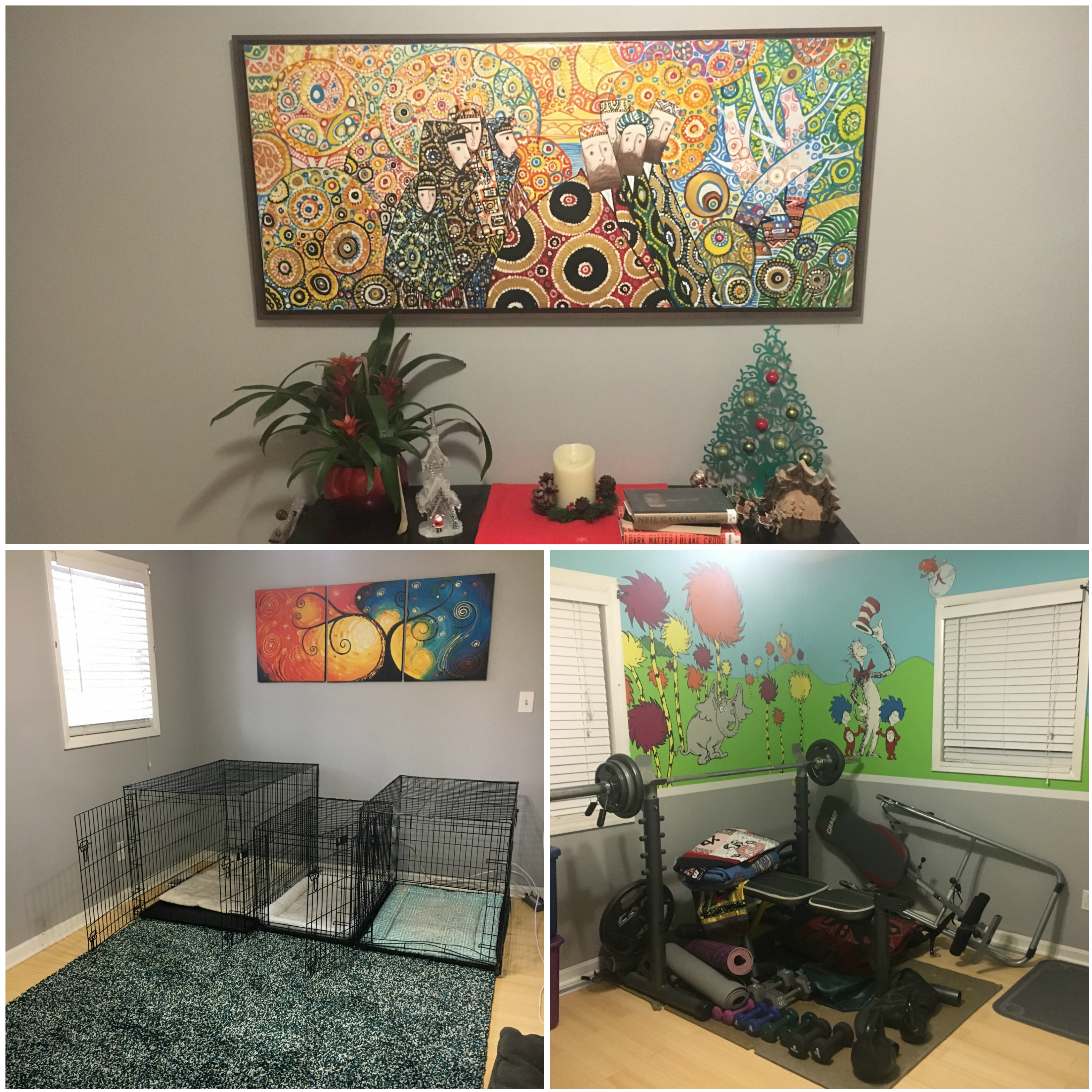 2 thoughts on “Adventures in Home Ownership”