It’s not what you think. Unless what you’re thinking is “are these books about the author, J. Maarten Troost, following his girlfriend/wife around the Equatorial Pacific island nations, and while she works hard he fills his time by experimenting with local hallucinogenics and briefly dives into the sexuality of people who may or may not have thought it was ok to consume another human being 2-3 generations ago?” If that’s what you’re thinking then, yes, it’s exactly that.

The first time I read these two books, The Sex Lives of Cannibals and Getting Stoned with Savages, was several years ago. I was either in late high school or early college, I can’t remember which. (I want to say early college, but that’s beside the point.) I’ve read them both several times since then, and they still make me laugh out loud every single time.

At the beginning of The Sex Lives of Cannibals, Troost spends the first chapter as a twenty-something who’s stuck in a rut. He and his then girlfriend – who I think is USAID but it’s never actually said – are suddenly presented with the opportunity to move to the tiny island nation of Republic of Kiribati (kir-ee-bas) for two years. They jump on the idea to move to an island paradise, but of course, things are not as they seem.

To some, living on a tiny island for two years may sound romantic, but when you add in stifling heat, pollution, toxic fish, native bacteria and other fauna, unreliable electricity, and a variety of other factors, it can turn into a living hell. The Sex Lives of Cannibals is the hilarious story of their two years on these sun-bleached atolls, and I highly recommend it.

Getting Stoned with Savages is the follow-up to The Sex Lives of Cannibals, and follows Maartin and Sylvia’s next island adventures on Vanuatu and Fiji. This time struggles include earthquakes typhoons, giant centipedes, and impending parenthood. If you liked the first one, the second is just as good. These two really go hand in hand.

Troost also has two other travel books called Lost on Planet China and Headhunters on my Doorstep, but I’ve always viewed these others as separate from The Sex Lives of Cannibals, and Getting Stoned with Savages. I know the South Pacific Trilogy is supposed to include Headhunters on my Doorstep, but if you get through the first two and have had enough bizarre island adventures for awhile, move on to the next thing. It will always be ready for you when you want more. 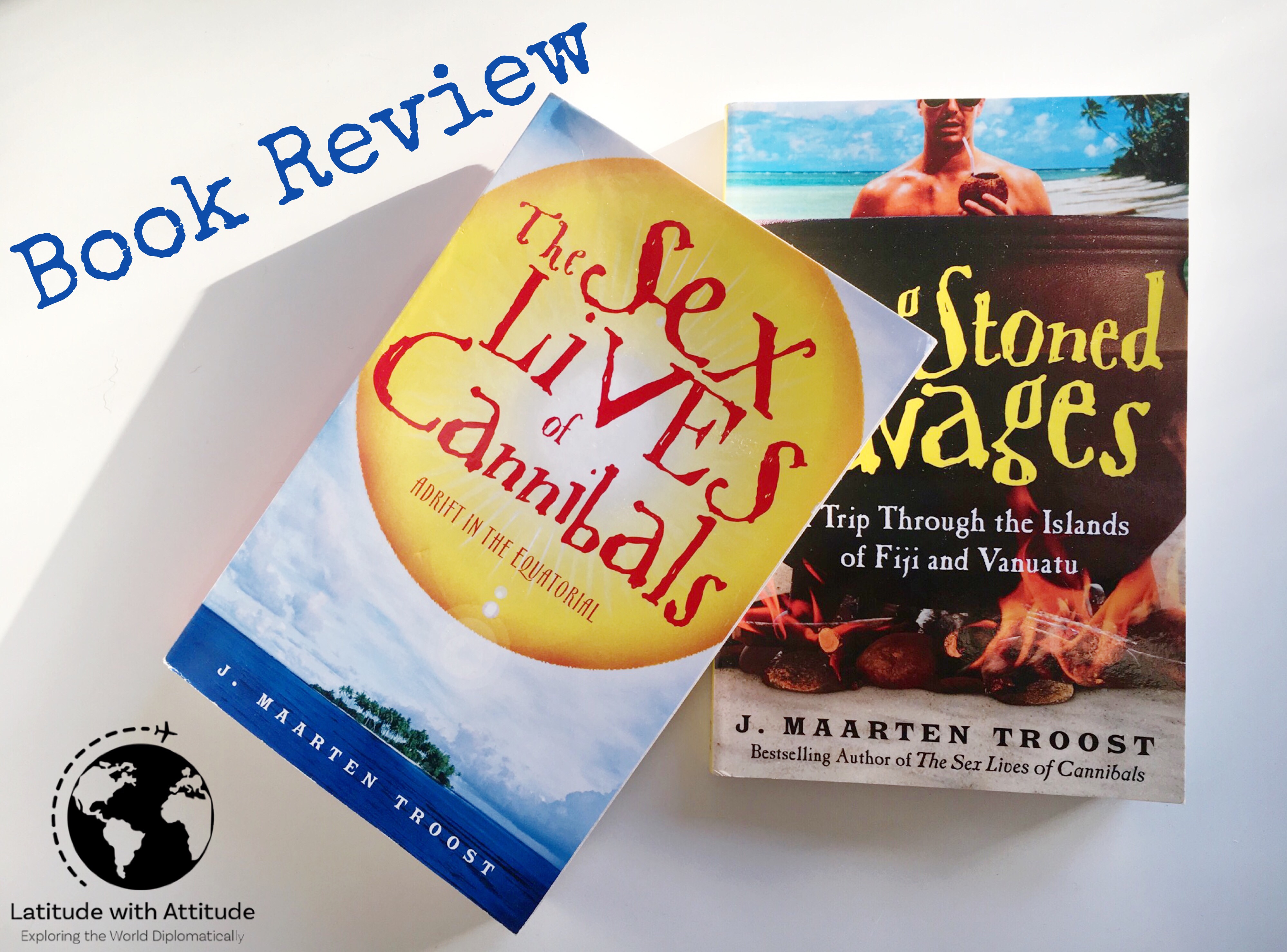