The second semester of my senior year of college was an interesting one. I had already completed my communications degree, and only needed two more classes to finish up genetics. In order to stay a full time student at 12 credits, I had to fill my schedule with a few fun classes. Oh and statistics was thrown in there, which is a form of torture used by universities to punish people who choose a major that’s fairly new and the requirements haven’t been finalized yet. Looking at you, genetics.

One of the fun classes I took was Tropical Horticulture, which had absolutely nothing to do with either of my majors, but I wanted something totally off the wall for my last semester. The class was taught by essentially an ex-cowboy turned horticulturalist (I’ll call him Tio Jaime) and was in the basement of the plant building that smelled like soil all year round. Perfect.

For anyone who is unfamiliar with the term horticulture, as I was, the dictionary definition is the art or practice of garden cultivation and management. I seemed to have a knack in college of choosing elective classes that made me the odd one out. I was the only genetics major in my Shakespeare class, I was the only genetics/communications major in my chemistry class, I was the only biological sciences focused student in my summer physics class geared toward engineers, and I was the only one who wasn’t some sort of food science student in Tropical Horticulture. I didn’t mind, but I wasn’t entirely sure how to fit in with this group of people. Especially since 10 of us would be traveling to Costa Rica for a week for some hands on studying. 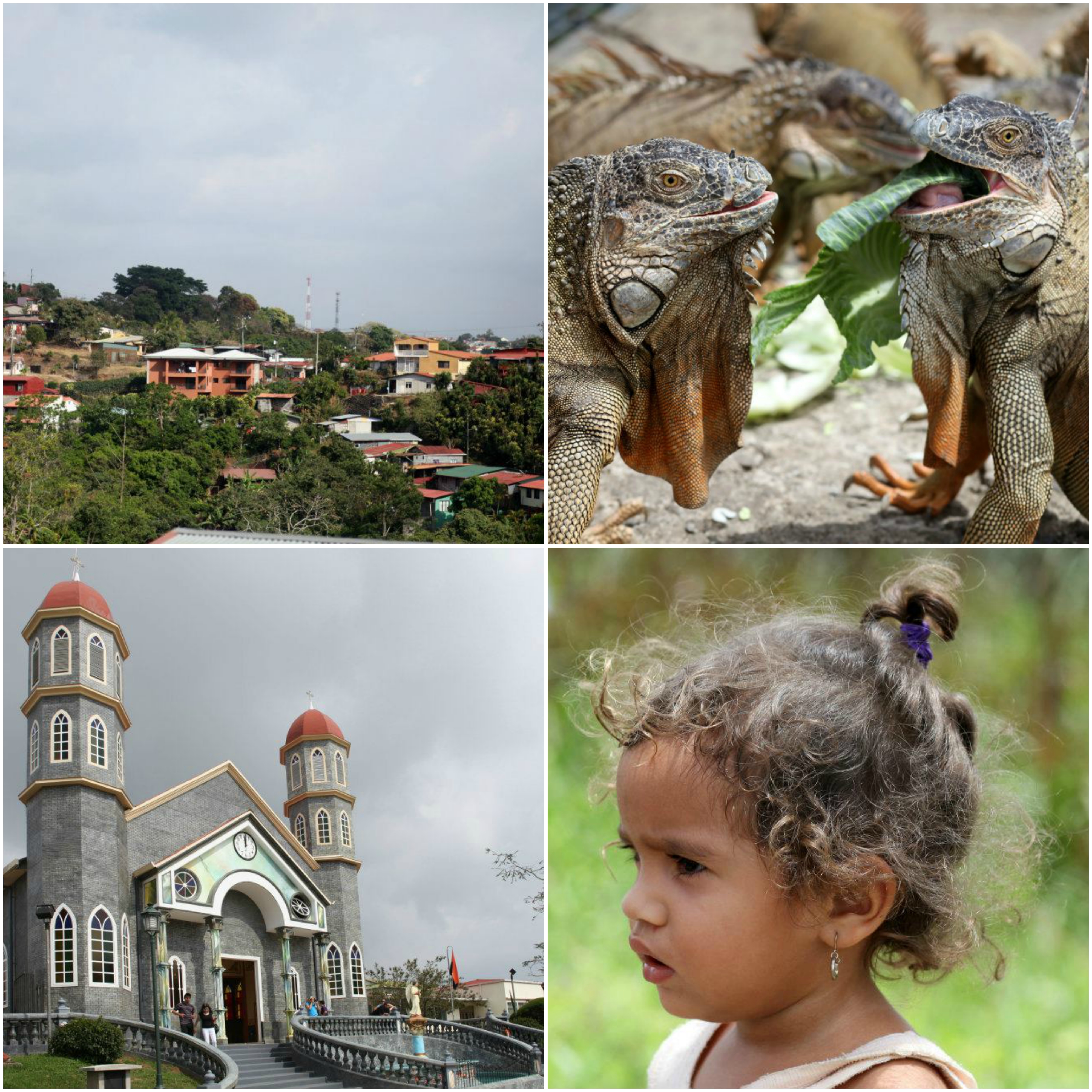 We left Madison at midnight on a bus bound for Chicago. From there, we took two planes to Costa Rica’s capitol city of San Jose. Tio Jaime, our vagabond professor, was not accompanying us on this first leg of the trip. He had gone ahead to make sure everything was prepared for our arrival. He mad it sound like we were on our own until we arrived at the campus of Tecnológico de Costa Rica (University of Technology) where we would be staying for a few days.

Upon arrival, we all quickly learned that Tio Jaime is a notorious trickster.

He met us at the airport decked out in what I can only describe as “gringo chic” attire with a huge smug smile on his face. We piled into a bus a drove through San Jose until we reached what seemed to be an art studio. In the garden out back we were surprised to discover a huge feast prepared for us. After a long day of travel where we subsisted on airport food, we were ravenous. After dinner we finished our short journey to the Tecnológico de Costa Rica in San Carlos and promptly passed out.

Our next few days in Costa Rica were probably the most educational part of the trip. We met up with one of Tio Jaime’s former students, Paulina, who ran an organic coffee farm just outside San Carlos. She was gracious enough to give us a tour of her farm, and treated us to lunch afterward. We also were able to purchase some of her coffee directly from her and her family. I bought some for my friends and family, but didn’t keep any for myself. At the time I didn’t like coffee – though now I’m kicking myself for not understanding what a true delicacy this coffee was. Especially now that I basically need an IV of coffee to start my day. 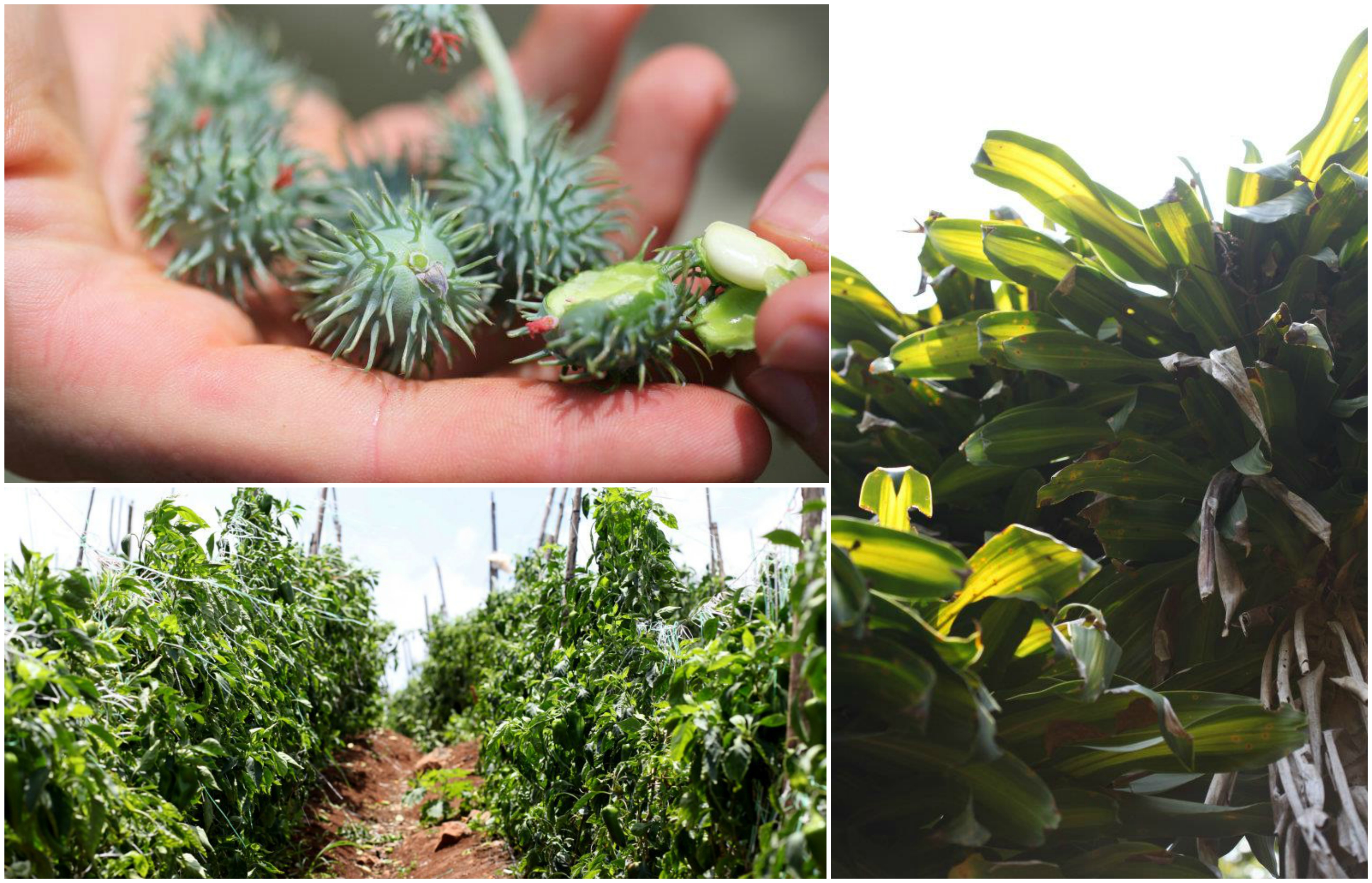 After the coffee farm tour, our educational aspect of the trip quickly deteriorated. Not that any of us minded.

Costa Rica is home to many active volcanoes, and is known worldwide for it’s geothermal properties. There are numerous natural hot springs all over the country, and we certainly took advantage. The first hot spring we visited was the Eco-Termales Hot Springs near Monteverde. Here we spent close to six hours soaking in the pools, lounging in the sun, and sipping delicious fruity drinks. Not bad for a study abroad.

After the San Jose/San Carlos leg of the trip, we hopped on a bus to take us to Guanacaste Providence on the Pacific side of the country. Along the way, we made stops on the side of the road to look at pineapple and melon fields. It went something like this.

Tio Jaime: See those? Those are pineapples. Everybody good? Ok, back on the bus.

*Brief lecture about why pineapples are bad*

It was during these brief lectures I learned the following facts:

And yeah. That’s about it.

In Guanacaste, we stayed with members of Tio Jaime’s extended family. His wife is from Costa Rica, so they essentially used this trip as a way to visit their family once a year. Tio Jaime maintained a house on that street, so every night was spent sitting around the  campfire telling stories and laughing. We were a short bus ride from the beach, so days were spent swimming in the Pacific Ocean and soaking up the sun. It was paradise.

In Guanacase, we also went to a second spa where we smeared volcanic mud on ourselves and did yoga in the grass like completely normal people. We also spent our days snorkeling, ziplining, and cruising down the river to see some wild monkeys. All of that was extremely fun, but my favorite memory is that last night. 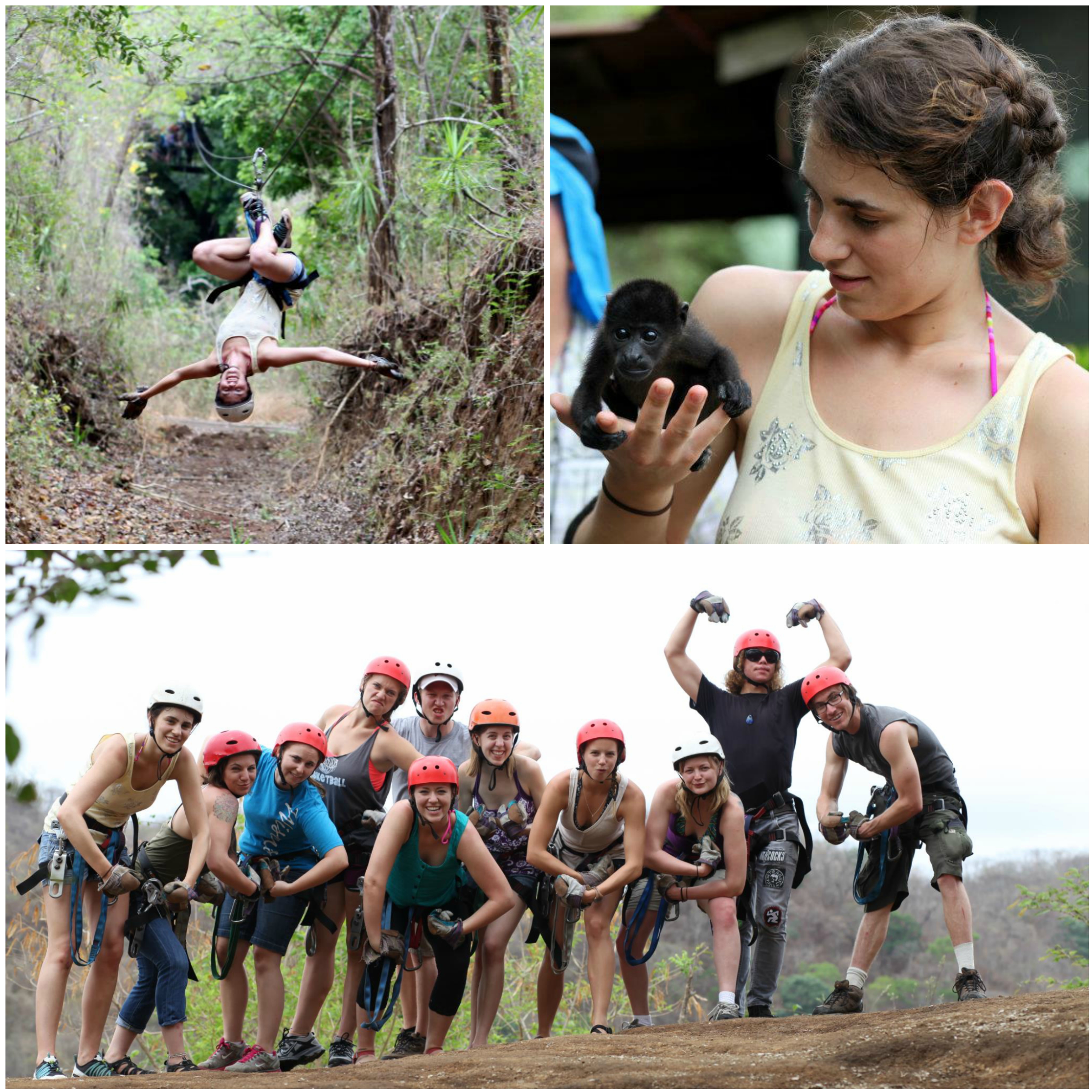 We all went out for dinner, and ended up at a little gringo bar off on the beach. After a few (several) drinks, we decided to head back to our home stays since we needed to get up early for the flight home.

Then, suddenly, the music took us.

We ended up in a crowded dance club packed wall to wall with locals and tourists. We went to the bar and ordered “whatever has the most alcohol” and ended up doing tequila shots. Now, tequila and I like each other a little too much and side effects usually include me becoming absolutely ridiculous and giddy, but that night, somehow I had the clarity to know I needed to preserve this memory in my brain. I would never find myself in a strange bar in a strange country with these nine other people ever again.

When we had enough of the bar – apparently bar time is not a thing in Costa Rica – it was about 3:00 a.m. Instead of immediately going home, we decided we needed one more taste of that perfect ocean water, and ran back down to the beach. Never mind that we didn’t have bathing suits and never mind that there was a storm rolling in. We stripped down to our underwear and let the waves crash over us until finally heading home for a few hours of sleep before the flight. 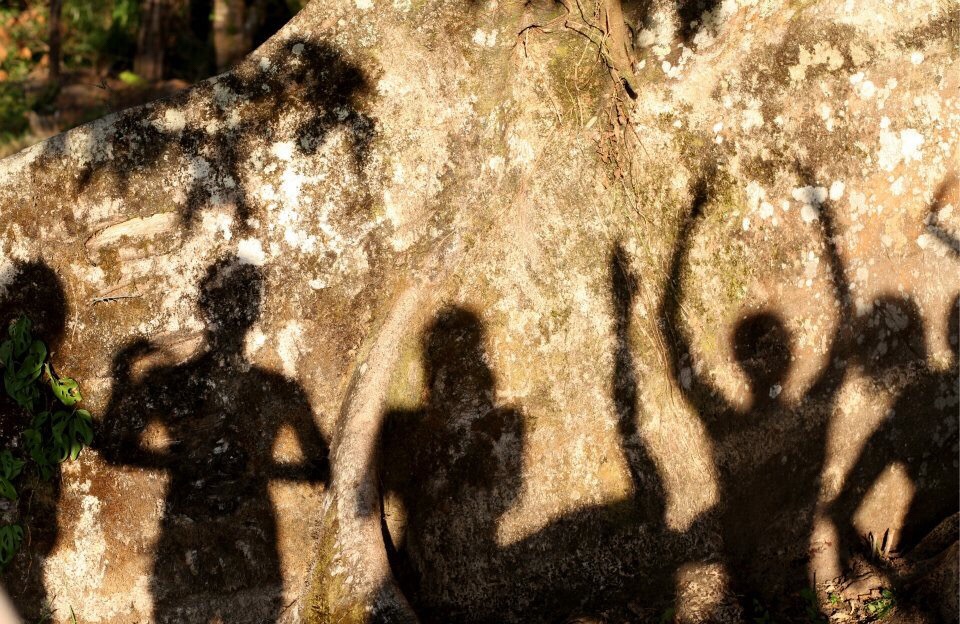 In Costa Rica there is a saying “Pura Vida” which means “pure life.” They use it instead of hello and goodbye, and locals truly embody it’s meaning by living in a relaxed, worry free state. Pura Vida is an emotion, an attitude, and a happiness that comes from within. I’d like to think I got a little bit of taste of that mentality as I floated in the ocean at 3:00 a.m. without a care in the world. 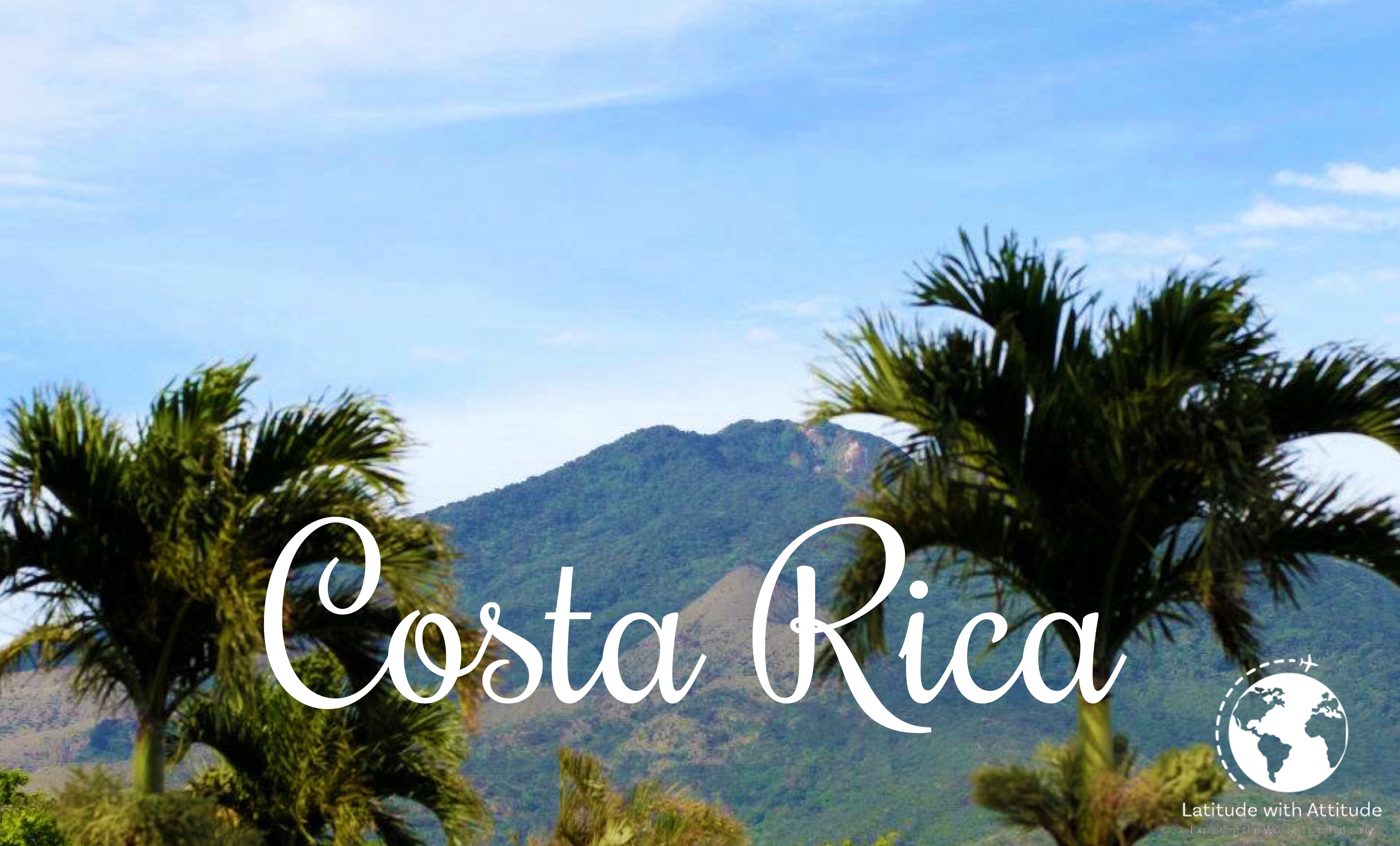