It’s been about two weeks since we arrived in Tbilisi. Naturally, everyone is asking me what I think of this new city. And, naturally, being me, I have a complicated answer.

Since this is only our second assignment overseas, I can’t help come compare everything to Dushanbe. I don’t know if this is necessarily the correct approach, but it’s the only frame of reference I have to go on. Both cities are former Soviet Union, and I think because of that I half (or maybe more than half) expected things in Tbilisi to be pretty much identical to how they were in Dushanbe. Obviously this is not the case.

I managed to pretty much avoid jet lag somehow. Last time it took me nearly three weeks to overcome the sudden and forceful pull of sleep, but this time that only lasted a few days. I think part of it may be the 15 hour layover in Munich, part of it may be starting work right away after arrival, and part of it may be the influence of melatonin to force my sleep schedule to normalize. Either way, I’m happy.

Everything is larger here. The city itself, and the Embassy community. Lots of people tell me Tbilisi is small, but compared to Dushanbe this place is massive. I’ve not really lived in a big city before, so it’s going to take some getting used to. Also, the traffic here is absolutely insane. I’m not entirely sure how I’ll manage to drive without losing my mind. Thankfully, I’m teleworking so I don’t need to leave the house every single day.

There are several Western-style grocery stores here, and really no open-air markets like we had in Dushanbe. One of the grocery stores – probably the most popular one among expats and locals alike – is within walking distance of our house. It seems to be fairly well stocked with products – we found decent pasta sauce, salsa, pepperoni, and pre-made pizza crust (essentials, obviously). There’s also a wider variety of imported products from many more countries than we could find in Dushanbe. Though I haven’t been able to find broccoli yet which is annoying me.

Oh. There are malls – actual malls – with tons of European stores. I probably will still do a lot of shopping online since I’ve developed a strong aversion to stores for some reason, but it’s still a welcome change from what we had in Dushanbe.

There’s a taxi app! It’s not Uber, but very similar. For someone like me who doesn’t speak the local language it’s extremely helpful to me. And we’ve found the price for the taxi through the app is only about $0.50 more than if we randomly flag one down. Perfect.

Our house is much smaller than the one we had in Dushanbe, but a much more normal amount of space for two adults without kids. There’s plenty of room for the animals, and even Sean’s stupid weight bench will probably fit. I’d say we have slightly more space than the house we left in Edgewater, but less room for storage. That’s always the case overseas – apparently closets aren’t something the rest of the world thinks about. I can’t wait to decorate it.

The biggest difference for me this time is my work situation. In Dushanbe, I immediately and completely submerged myself in the Embassy community. Even the three weeks I wasn’t working I was still hanging around the CLO and getting to know everyone immediately. This time is the complete opposite. I’ve met only a handful of people and feel very out of the loop on a lot of things. Yesterday I didn’t talk to another human being for about 12 hours. I’m not saying it’s bad, just different. It’s also transfer season, so most of the people I’ve met are leaving in the next few weeks or months. For now I’m happy to focus on getting settled and I’ll worry about making friends later once everyone arrives.

Overall my assessment of Tbilisi is this: I like it, but I’m cautious. I’m excited to see more of this country and city, but I’m afraid to get too excited about things and have it all come crashing down like it did in Dushanbe.

I see you, culture shock. Stay away from me. 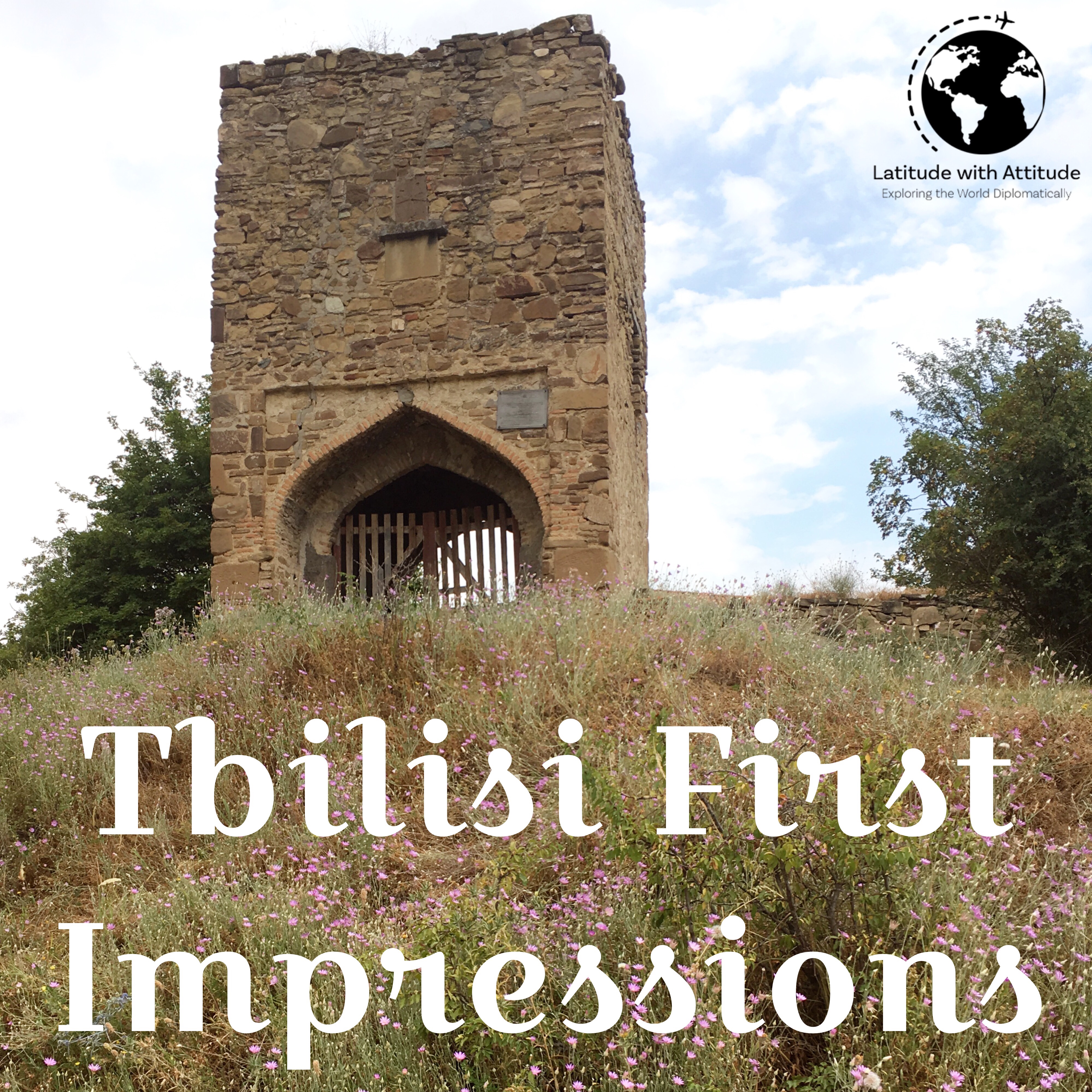