It’s a common question. Especially when we first move overseas. We get it from Embassy employees, taxi drivers, store clerks, and waiters. Sometimes it happens in the beginning of the conversation, sometimes it’s after we confuse them greatly since Sean can speak to locals in Georgian or Russian but then we switch to English between ourselves.

Where are you from?

The answer to this question has changed over the last five years. Up until last April, I always called Wisconsin my home state, but when we bought a house in Maryland and finally put down some roots things shifted. We made the conscious decision to return to the Bay Area when we came back from Dushanbe, even though Sean’s commute would still be long and at the time I didn’t know what I would be doing for work. It would have made sense to move closer to DC, but in the two years we lived in Annapolis previously it developed a hold on us and we wanted to return.

Occasionally, my answer changes mid-conversation. If I originally say I’m from Maryland, but then the topic of family or beer or cheese or football or anything that remotely reminds me of home I’ll drop a “well, I’m originally from Wisconsin and we have the best beer/cheese/football team/college town/lakes in the country. And I’m prepared to fight you about it.”

In this mobile lifestyle, I think it’s common for us to identify multiple places as home, or even identify with what’s call the third culture. This applies more to children where the child is raised in a culture that is different from their parents or their passport. During their early developmental years, the child is exposed to the first culture of their parents, and the second culture of the country where they currently reside. They often move away before before they have the chance to fully develop their identity. Thus creating the third culture that is sometimes described as a blend of the two.

It’s not often discussed, but I think the concept of a third culture can apply to transient adults as well. Myself as an example of this. If you want to call my early twenties as “formative developmental years,” I lived in Wisconsin as an adult (out of school with a full time job) for a total of four months before I moved to Maryland. In Maryland, I was experiencing a culture that was different than the one on my vertical drivers license. Everything was familiar but very different. Red meat and brats were hard to find. Everything was so expensive. Why are there so many trees everywhere? I went through culture shock, though I didn’t know it at the time.

But, of course, over time I adapted to my new surroundings, and today it feels like home. My entire adult life in the U.S. has been on the East Coast, but I still search for little ways to bring the Wisconsin culture with me to Maryland. I want a yard with trees and space, not a cramped town home where you’re on top of your neighbors. I cook way too much food anytime someone comes over. We grill out with beer like Wisconsinites and eat expensive cheddar cheese when we can find it.

I’m from Maryland. I’m from Wisconsin. I’m from both. And it’s just fine with me. 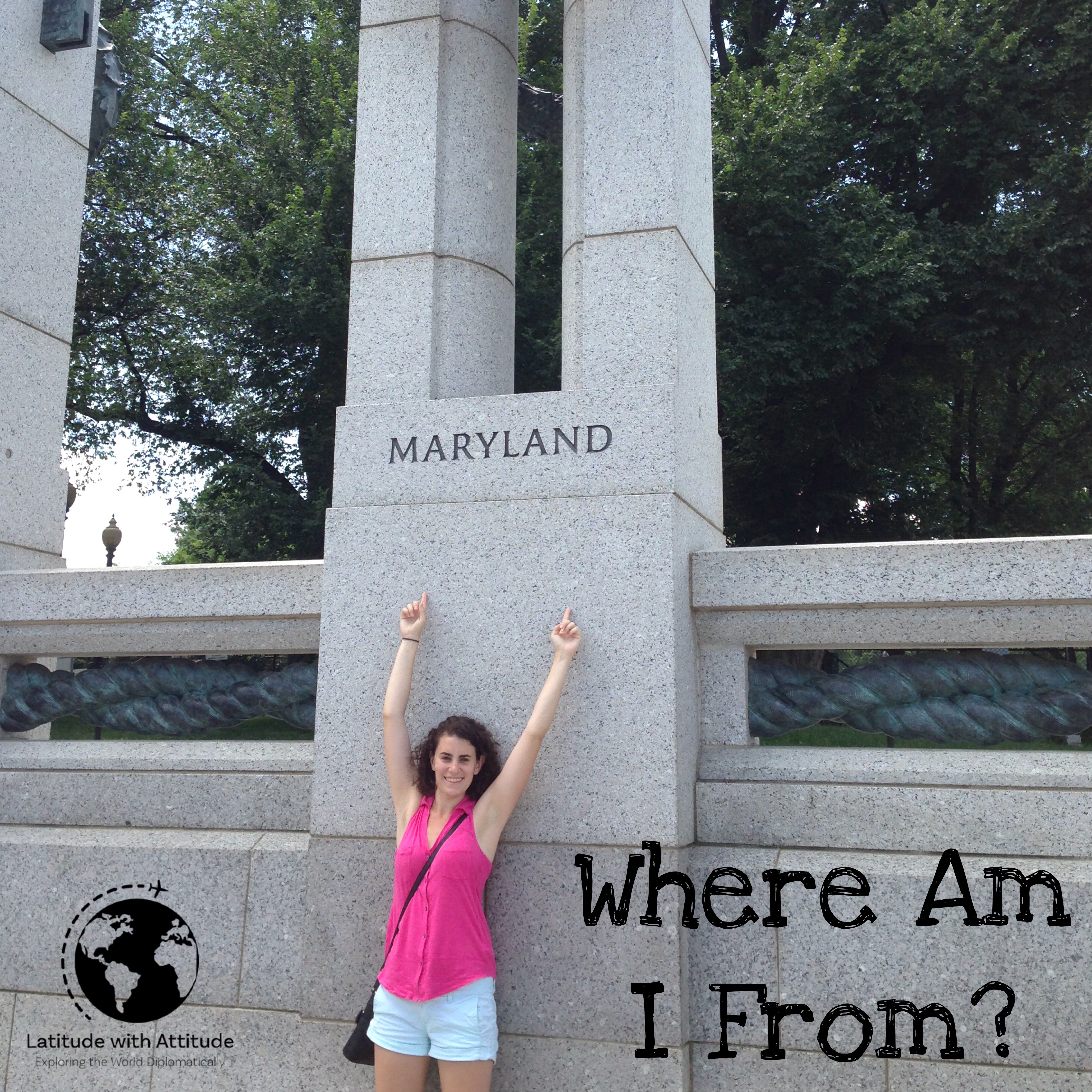 One thought on “Where Am I From?”