I like how stupidly naive I was in my early 20’s.

At 23 when we got married, Sean and I looked at 30 as a reasonable age to start having kids. I admit I got the initial itch much earlier, but we were about to move to Dushanbe and I knew I didn’t want my first pregnancy experience happening in such a difficult environment. And we had just adopted our first puppy so I was already overwhelmed. Best to ignore the itch for now.

While we were in Dushanbe my stance on having children changed dramatically. Part of that I can attribute to my job where I was constantly dealing with anywhere from 10-150 children at one time. I’m aware I will (hopefully) never have 30 kids of my own, but leading a group through Uzbekistan for four days can really put the damper on ever wanting to deal with even one child full-time.

There was also the absolutely overwhelming pressure from our environment. The fact that Sean and I had been married for a few years and didn’t already have a few kids was completely mind boggling to a lot of people we encountered. They made remarks often about how they couldn’t wait to “see Kristen out to here” while gesturing with their arms to indicate a pregnant belly. I’m a spiteful person. You tell me to do something, I’m going to go out of my way not to do it. You want me to have kids? Screw that. I’m going to work. I’m going to open my own doors. I’m going to carry my own boxes of heavy dog food. And I’m not going to let you assume I want to have children right now.

But what really got under my skin was the Americans in Dushanbe who made little remarks about when, not if, we had kids. Two full years of this:

I know (some of) those comments are good-natured, but also go fuck yourselves.

Maybe we don’t want kids. Maybe we’ve been trying and have been unsuccessful (for the record, we were not, but why the hell should our co-workers know that?). Maybe we want to wait. Maybe we have three dogs and two cats and that’s enough for now. Maybe I was fighting anxiety and depression while we were in Dushanbe. Maybe Sean was stressed to the point of his health being compromised. Maybe we have a million other things going on that you aren’t aware of.

My responses got to be hostile. And the worst part of it all? Even after I was downright nasty to a few repeat offenders, they still felt it was ok to broach the subject with me. Excuse me, but WHAT THE FUCK IS WRONG WITH YOU?!

Now, a year removed from that toxic environment, I’ve happily cut most of those prying eyes out of my life. But the wall of spite I’ve put up is harder to deal with. I still feel like I’ll be letting the busybodies win if we have kids. Yes that’s extremely immature, but I’m not quite ready to let that go. It was a long, hard two years. Let me process it in my own time.

Don’t get me wrong, I still love hanging out with children. Some of my favorite people have kids and spending time with them is a ton of fun. We also don’t mind babysitting – especially since it usually means the dogs will be entertained for a few hours and then tired for two days afterwards. Win-win if you ask me.

Then there’s our lifestyle. We move every 1-3 years. This PCS was a complete and utter nightmare. I can’t imagine how horrific it would have been with a baby or toddler. I would probably be an asylum somewhere.

Lastly, at the risk of getting too TMI, there’s another matter that also carries a lot of weight: I’m on a particular form of birth control at the moment, and once it’s removed (it’s nearing the end of it’s useful life), I feel like that’s the green light to start trying for a baby. No pressure or anything.

I’ve had a few candid conversations with friends about this subject, and I think the feeling is pretty unanimous: we’d all like to have kids, probably, but the idea of actually planning for one is just terrifying. If it could just sort of…happen…then we’d be forced to handle it.

Perhaps not the best approach, but it’s what works for me for now.

In the meantime, here’s a little protip for you: don’t repeatedly ask any couple, woman, man, person, if they want to have kids. It really is none of your business. 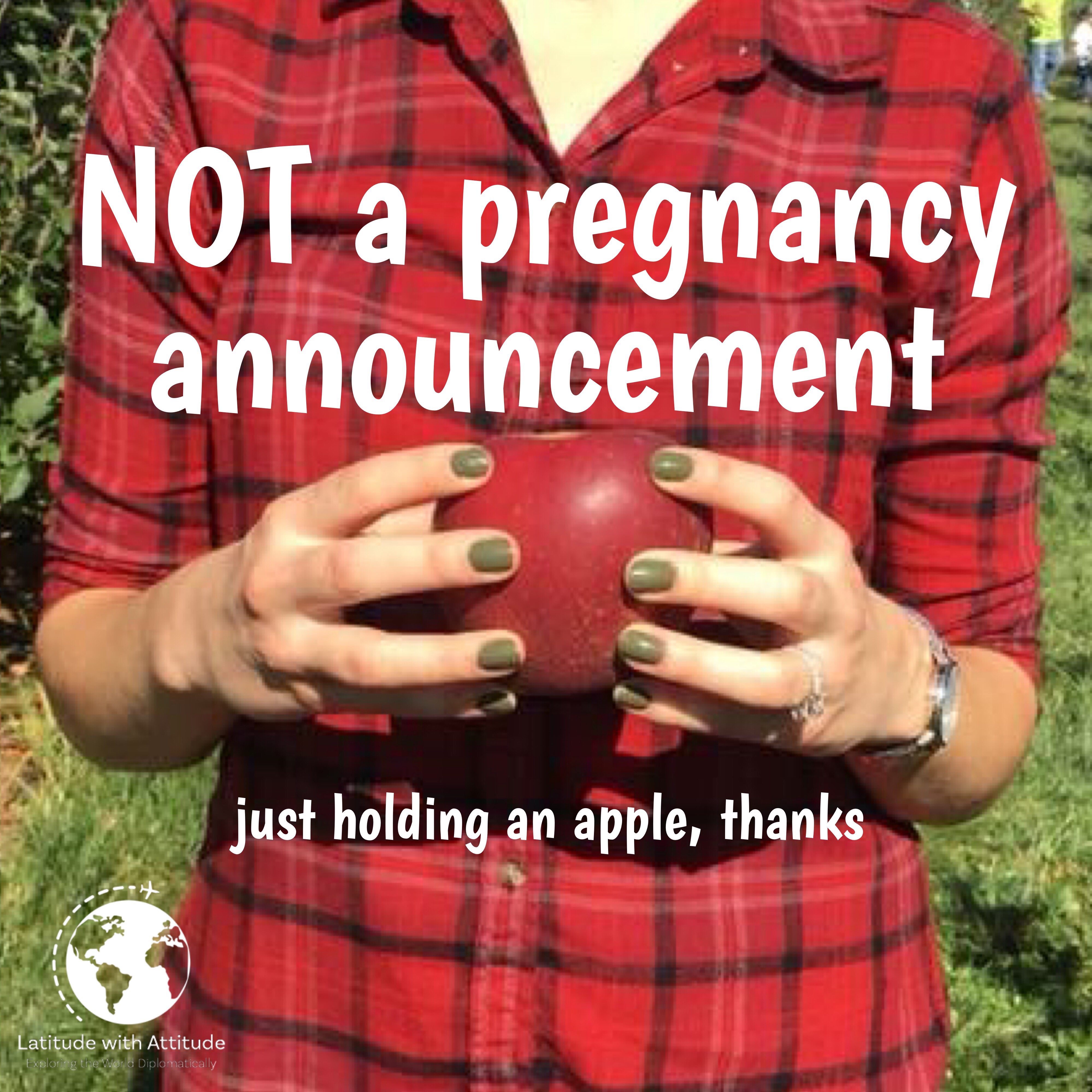