I’ve actually been to London twice now. Once when I was 17 as part of a school trip, and once at 22 immediately after I graduated college to visit my then boyfriend, Sean, who was finishing up his master’s degree at King’s College. When I was in London at 17, it marked the first time I would transverse the Atlantic Ocean, and I remember feeling an intense amount of amazement just walking around the city. I just flew in a mechanical bird across an OCEAN and was standing on a different continent! Why isn’t everyone as excited about this as I am?!

The second time I was in London was another first – the first time I traveled completely solo. I had done trips with my family of course, and friends, but I had never boarded an airplane all on my own. Nothing like starting off with a bang I suppose. 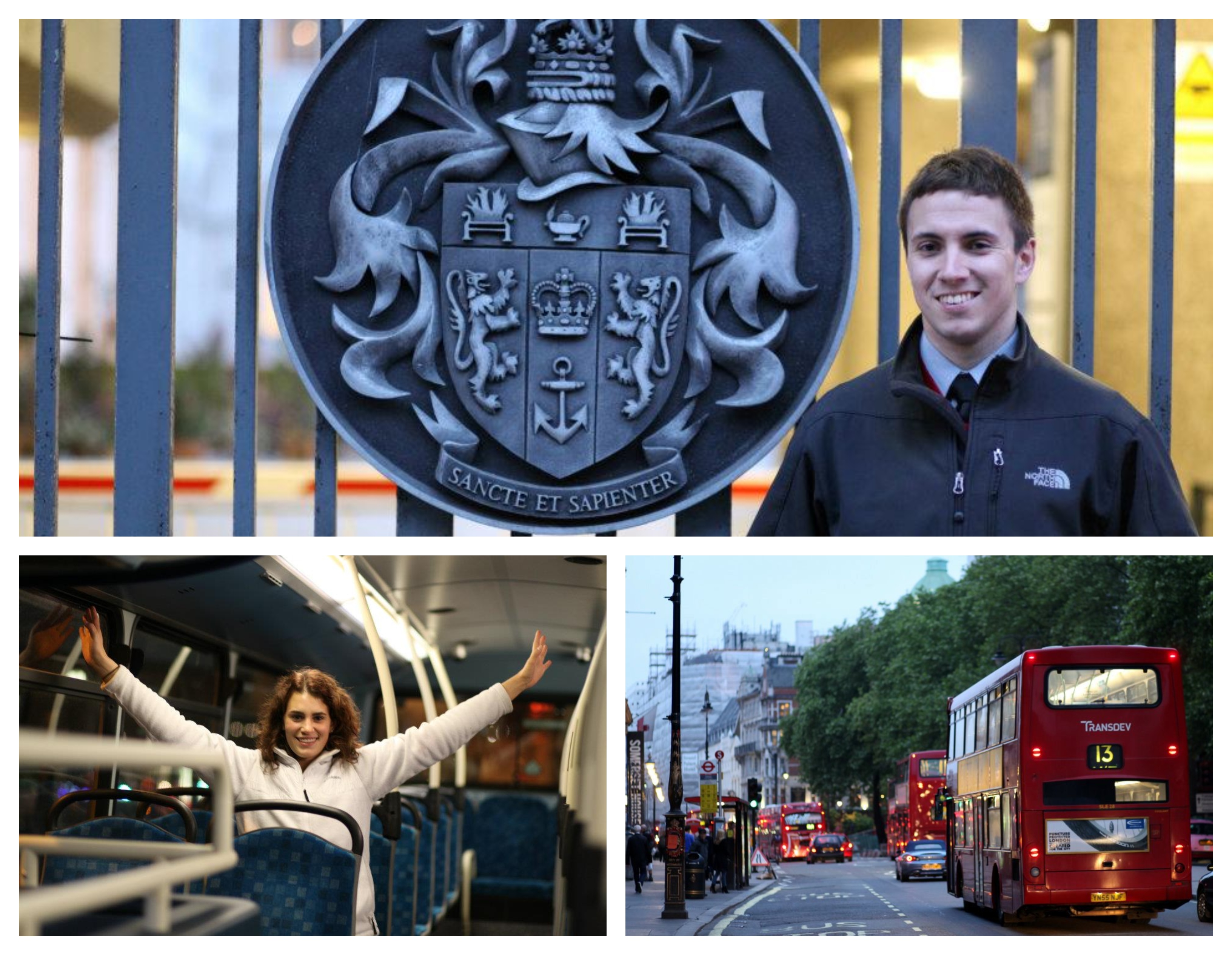 I’d like to take a second to apologize to the kind gentleman sitting next to me during that flight who had to endure two hours of me squirming around my seat and low-key hyperventilating. Sorry about that….

When we landed I sprinted to my next flight, only to find it was also delayed due to the storm, and there was a mechanical problem they needed to fix. We ended up sitting on the plane at the gate for about 45 minutes while they sorted things out. Normally this would annoy me to no end, but I was so relieved I had made it nothing else mattered. By the time we took off I had calmed down and was able to relax and enjoy the flight.

Now, this was 2012. I did not have a smartphone. I didn’t even take my cell phone with me. I had left it with my parents when they dropped me off at the airport in Madison. I had no way to reach Sean to let him know we were delayed, and I wouldn’t be able to contact him once I arrived. All we had were flight confirmation numbers and luck. 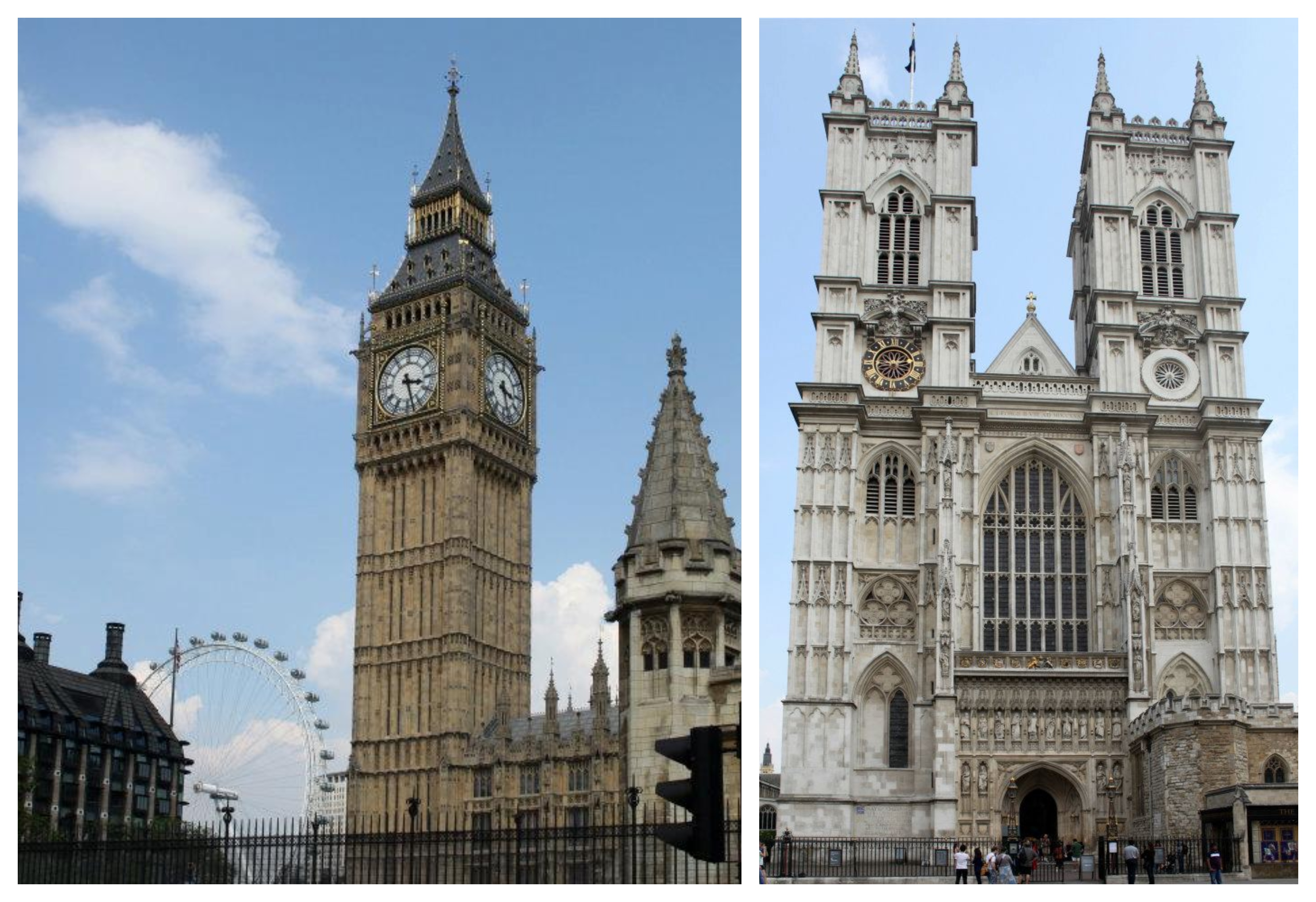 Somehow, luck was on our side that day. We managed to find each other the minute I cleared customs. Even with the hour delay, the plane had made great time and we arrived only a few minutes late, and even though Sean left his flat with plenty of time to reach me, the London subway, the Tube, is notorious for delays. I’ll never forget the feeling seeing him stride towards me after my first international flight. We hadn’t seen each other in four months. It was the best.

On this end of the trip, we only had one night in London before we left for Paris. In celebration of so many things, my graduation, Sean’s birthday, his master’s program coming to a close, and just being together, we’d planed a special meal at Heston Blumenthal’s new restaurant Dinner. It was the first of two experiences I’ve had at a Michelin Star restaurant, and unlike the disastrous meal in Cologne several years later, this was absolutely incredible. We ordered a bottle of wine – which I have no idea now if it was good or not, we had no idea what we were doing – and settled in for some of the best food we’ve ever eaten. Thrice baked chips, meat fruit, marrow, and boozy pineapple upside-down cake that takes 45 minutes to bake and is only made to order. Just the thought of that cake still makes my mouth water.

Halfway through our Europe trip, we returned to London for a few days so Sean could take an exam, and I had an afternoon to myself to explore the city. I revisited some of the places I’d seen five years earlier and was happy to see nothing really changed. I lit a candle for my grandfather at Saint Paul’s Cathedral, crossed the Wibbly Wobbly, wandered around the Globe Theatre, and even found my way to Jurys Great Russell Street, the hotel I’d stayed during the class trip. It was a fun day of reminiscing. 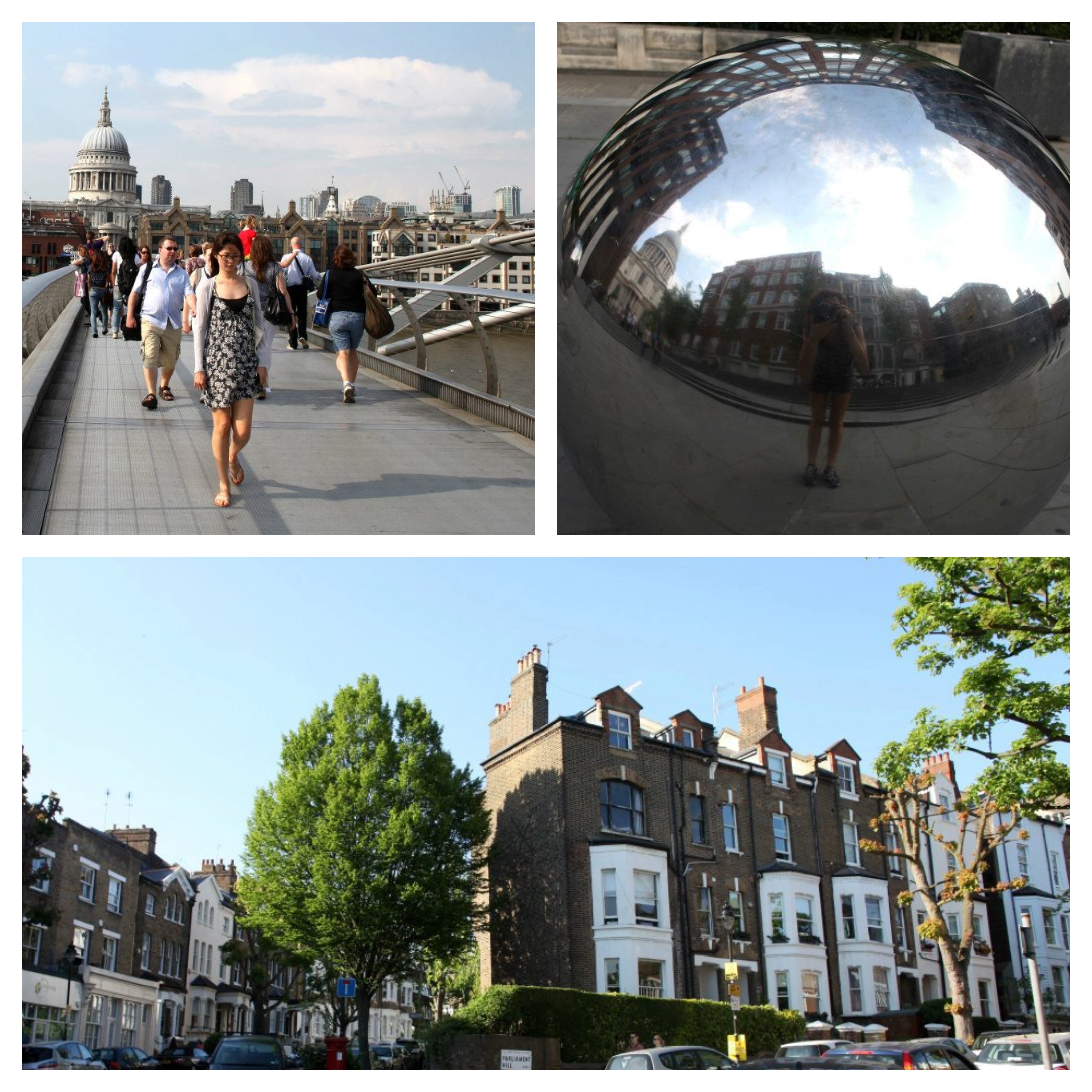 After the exam, Sean met me at the London Eye for a twilight ride on one of the only Ferris Wheels I actually enjoy. We then met up with a few of his friends from school for a night out. This was one of the most stark differences between my two trips to London. At 22 I could experience the London nightlife. The night began with a double decker bus ride and this horrific alcohol called “K” that was pretty much like drinking gasoline. The night ended with a crazy, frantic cab ride and…let’s just say…lots of alcohol-related regrets.

What can I say? We were young and dumb and didn’t have any tolerance for the strong London mixed drinks. 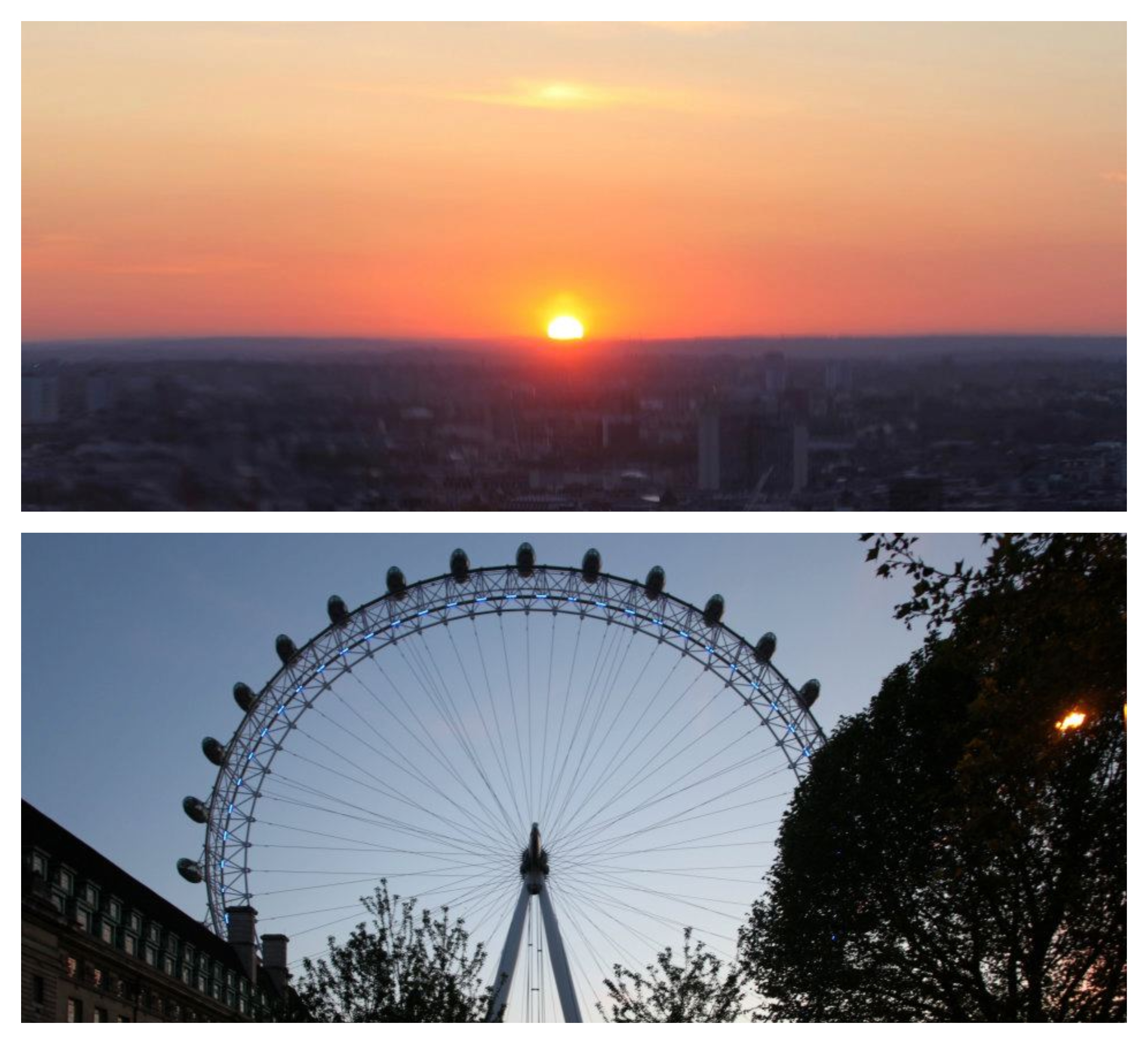 London, to me, marks the start of my love for traveling internationally. It was an easy place to start since I could communicate fairly well with locals – though when asked “are you jumping the queue?” I definitely gave myself away as an American with my confused expression as a response. It holds a special place in my heart, and I’m sure we have not seen the last of each other.

Only complaint, why, WHY, must you drive on the left?! 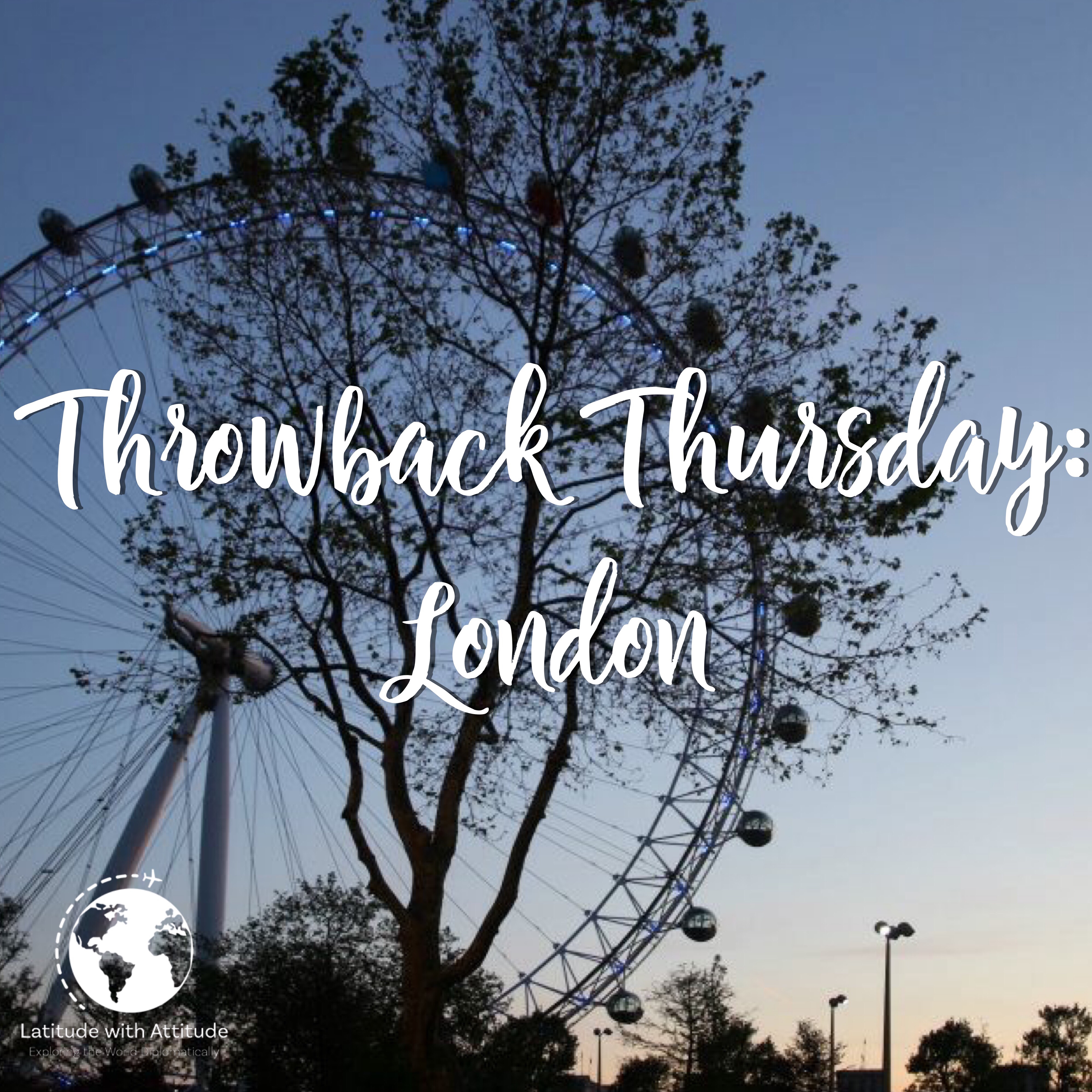