There’s a word in Georgian – that, of course, I can’t remember because I’m horrible at languages – that roughly translates to “when the eye of the sun enters the grape it’s time to harvest.” This year, that time is now, and we’ve been lucky enough to participate in this ancient tradition of Rtveli, or harvest, twice over the past few weeks. 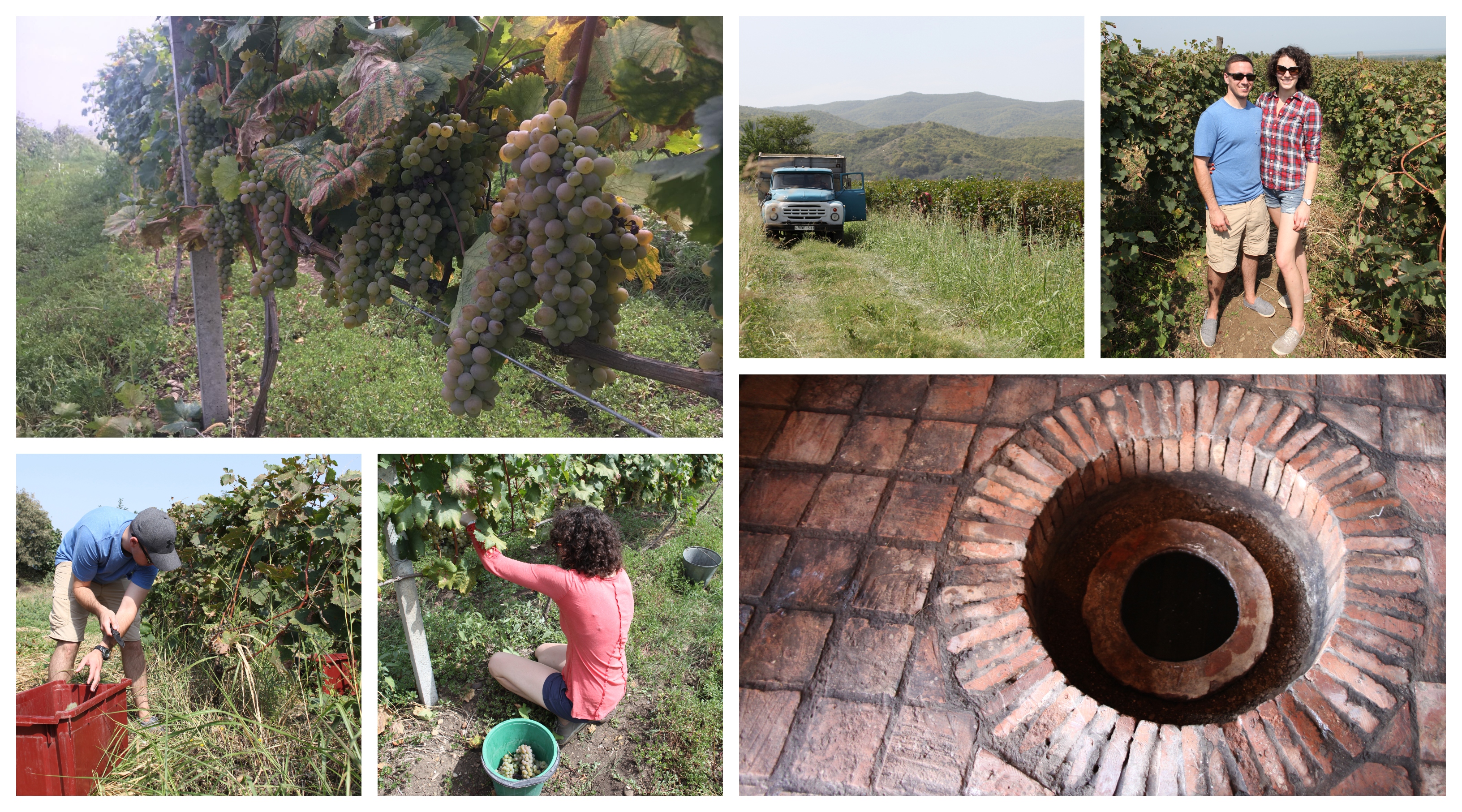 Winemaking is such an integral part of Georgian culture. As the oldest wine producing region in the world, the people of Georgia have been cultivating and fermenting grapes for over 8,000 years. Though much has changed for Georgia since those first winemakers thousands of years ago, the methods used have not. Traditional Georgian winemaking uses the kvevri, a large clay pot, for fermentation, and this process is still widely used today. The kvevri fermentation process gives a unique flavor not found anywhere else in the world. Once picked – usually by hand – the grapes are pressed and the juice is poured into the kvevri, along with the skins and stems and is then buried and left to ferment for at least six months. Some varieties are aged in kvevri for two years or more.

Now, the matter of how the grapes are pressed is up for interpretation. We personally were able to try out two different methods firsthand: hand crank and stomping. I much prefer the hand crank. My exact words upon stepping into the trough full of semi-crushed grapes were “this texture is not for me….” 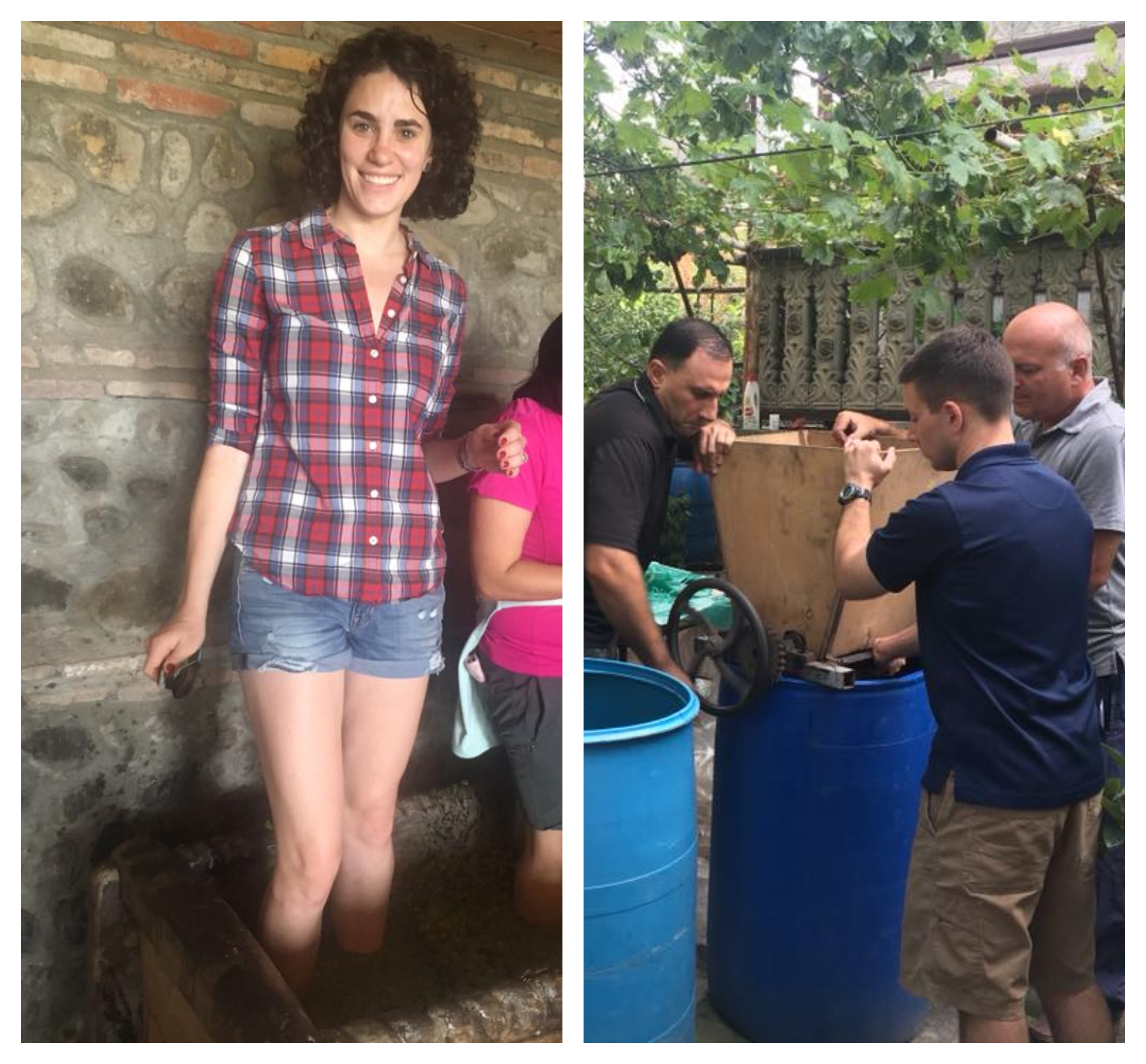 The people of Georgia speak of their wine with great care and tenderness. Before religion made it way to the region, they worshiped the wine. It’s no surprise today’s winemakers still cling to the ancient ways. Winemaking was seen as their connection to the earth where the kvevri was the womb, the earth the mother, and the wine the child or new life. This thread of spirituality still runs deep with modern winemakers, and tastings here can be some of the most intimate experiences. The harvest is often accompanied by feasts, song, and dancing to celebrate a successful harvest.

It was an honor to participate in this year’s Rtveli. Thank you to the people of Georgia for opening their doors and sharing their culture with us. 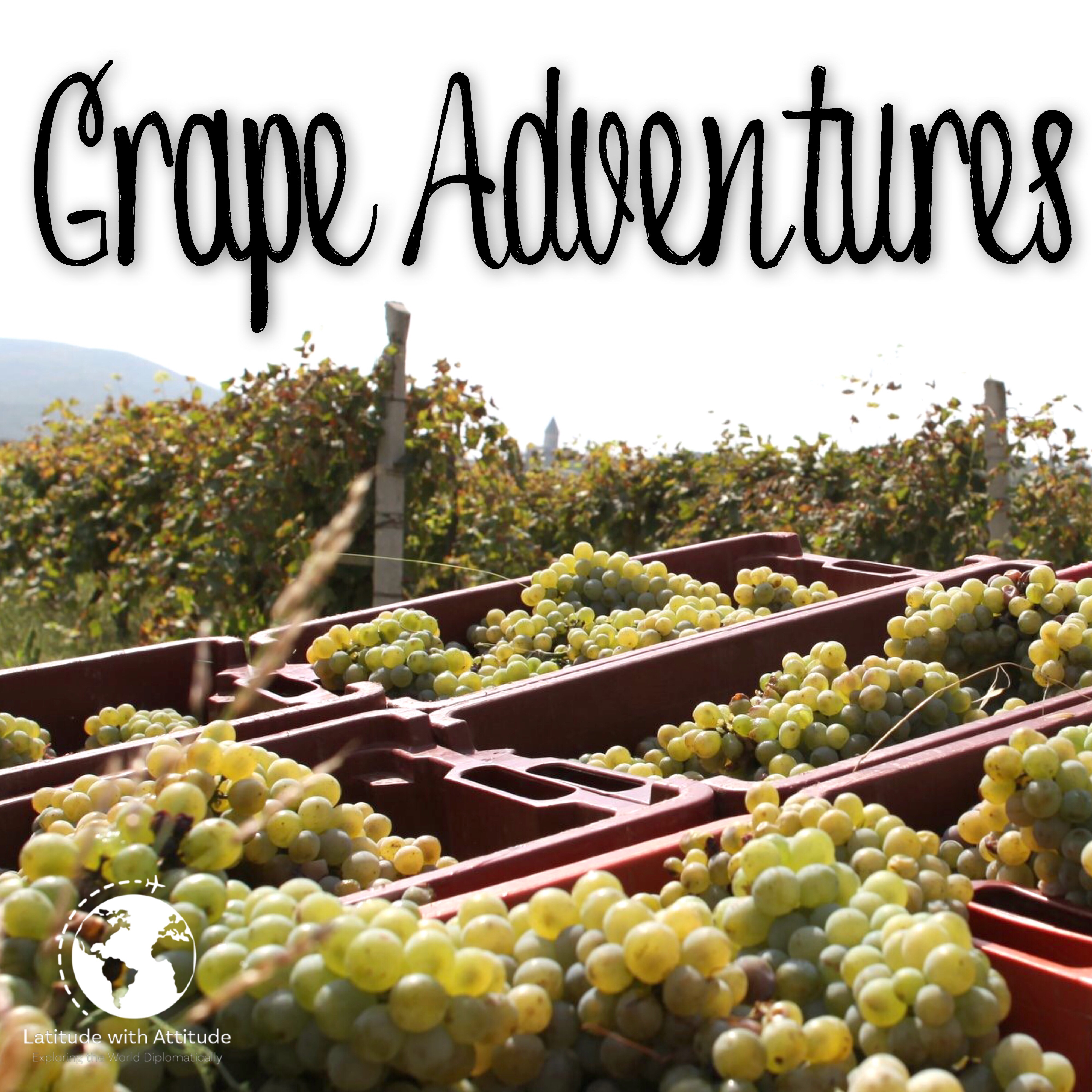 One thought on “Grape Adventures”