Let me begin this entry by saying this: we did not spend enough time in Prague. As much as Sean and I had meticulously planned the first week and a half of our Europe trip in 2012, we left the second part of the trip wide open. We knew we wanted to get to Prague, Krakow, and Italy, but didn’t have any firm plans. We were also trying to figure out how to get to Croatia to see the Plitvice Lakes, but slowly came to the realization it simply wasn’t going to happen. Options for getting there included a two-day ferry ride, a 12 hour train layover in Budapest (at night of course), or two trains, two buses, and then possibly hitchhiking to the actual lakes.

It wasn’t going to happen.

But when we landed in Prague, we still believed we would find some miraculous way to see Plitvice, so we spent only about 24 hours in this city. Definitely not enough time.

I wanted to visit Prague and Krakow because my family is Czech and Polish. I’m third generation American, so by the time my brother and I were born, the culture of our great-grandparents had been very much diluted, but still present in some small ways. We called our grandparents Busia and Dziadzia, we ate perogis and kolacky, I played with my gradmother’s matryoshka dolls (nesting dolls) every time we visited, and we broke paper thin wafers called oplatky on Christmas eve while wishing our relatives “health, wealth, happiness, and lottery winnings.”

I wanted to see where these traditions came from.

We landed in Prague from London in the late afternoon. I was instantly struck by how similar the landscape looked to our home state of Wisconsin. No wonder Czech and Polish immigrants settled in the Midwest: it looked like home to them. After checking in to our hotel, we enjoyed a leisurely dinner on the Vltava River and watched the sun go down, sipping Czech wine and joking with our waiter who responded to every request with “no worries.”

Then, once the sun had fully set, we went on a ghost tour. 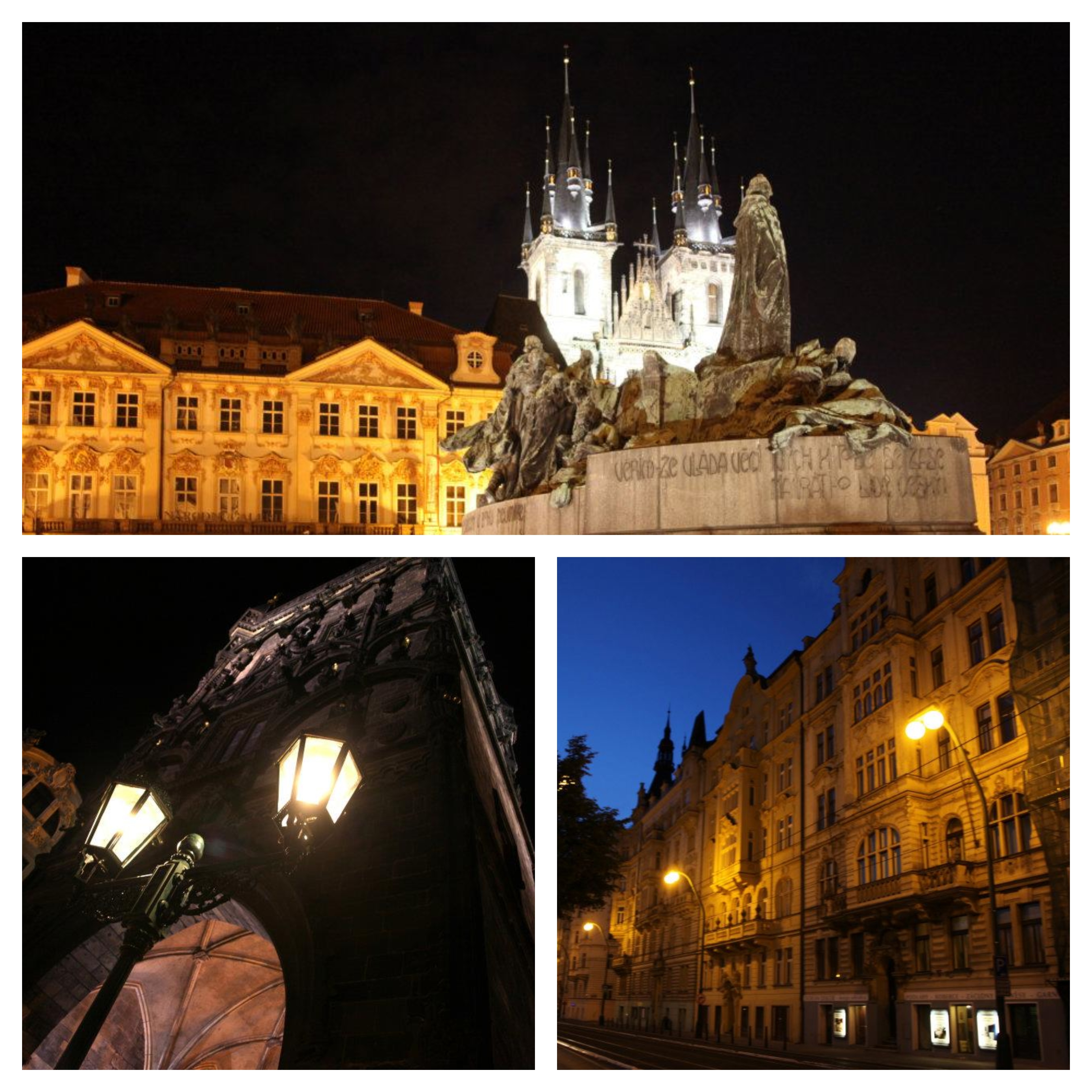 Even if you don’t believe in ghosts (I, personally, have mixed feelings), I would highly recommend a ghost tour in Prague. Yes, it’s a bit hokey, but we saw so much more than we probably would have on our own, and heard so many interesting stories that it became one of my favorite memories of the trip. One of the first stops on the tour was a synagogue which is said to contain pieces of a Golem – a monster made from clay – which protects it from harm. Seeing how it’s survived everything that’s happened in Europe over the past 700 years, it seems something otherworldly may be at play.

We also walked past the Old Jewish Cemetery that serves as the resting place for thousands of people. The story of the cemetery is probably one of the most fascinating and eerie stories I’ve ever heard. From the 1500’s to the 1700’s the Jewish Community was greatly restricted and not allowed to purchase grounds to expand the cemetery. To solve their problem, as needed, new layers of soil were piled on top of the existing burial plots, and the the dead were layered upon the earlier graves. This went on for about 200 years. There are places in the cemetery where 10-12 layers of bodies currently rest.

Eerie, to say the least. 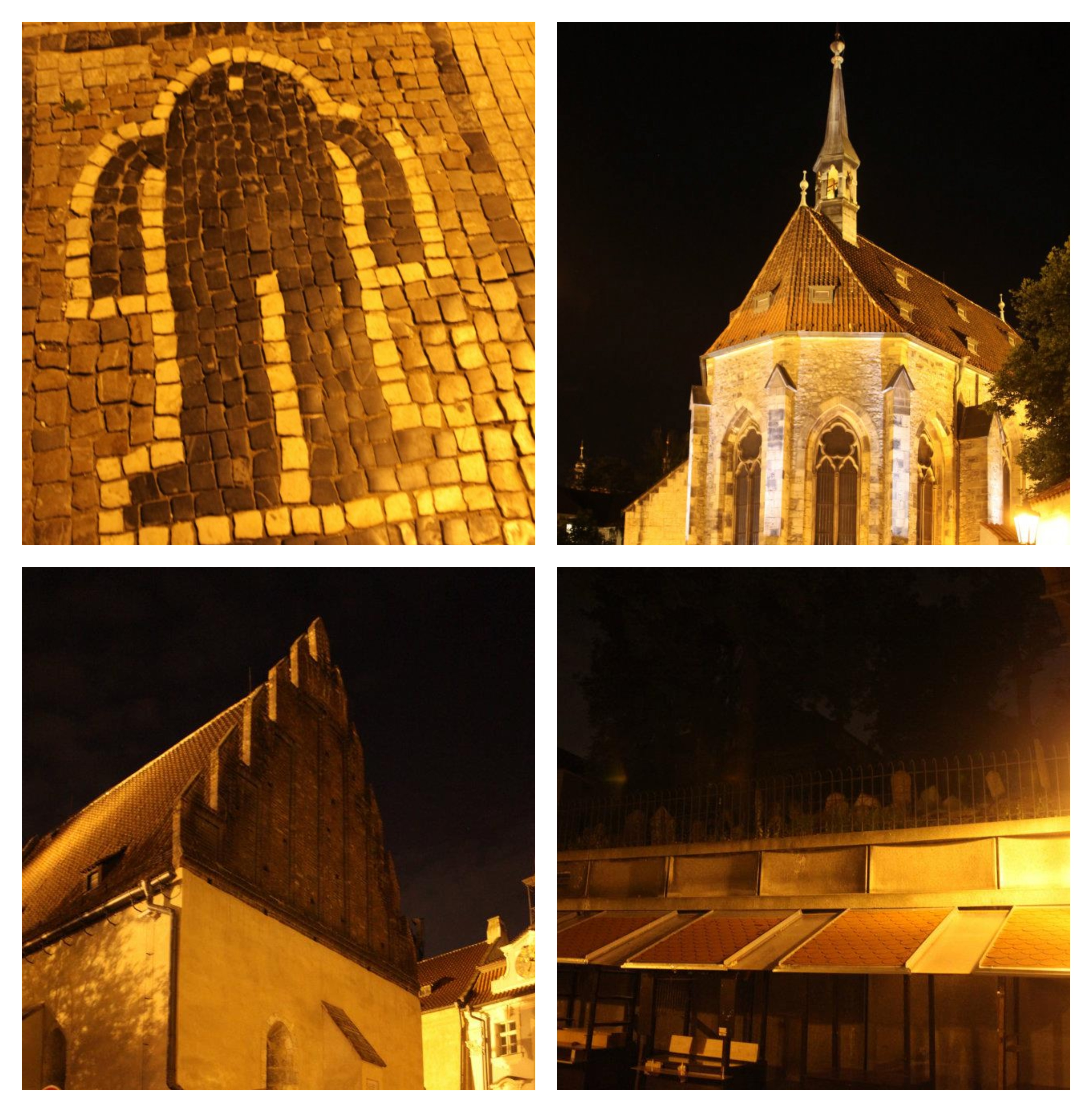 After the tour we wandered around the city for a bit. Prague is entirely bathed in an eerie orange/yellow light, and with so much Gothic architecture it looks like something straight out of Halloweentown in Nightmare Before Christmas. I loved it.

The next day we explored the city in the daylight including a visit to Prague Castle and a preserved medieval village across the river from where we stayed. We also walked across St. Charles Bridge and tried to soak in as much of the city as we could. 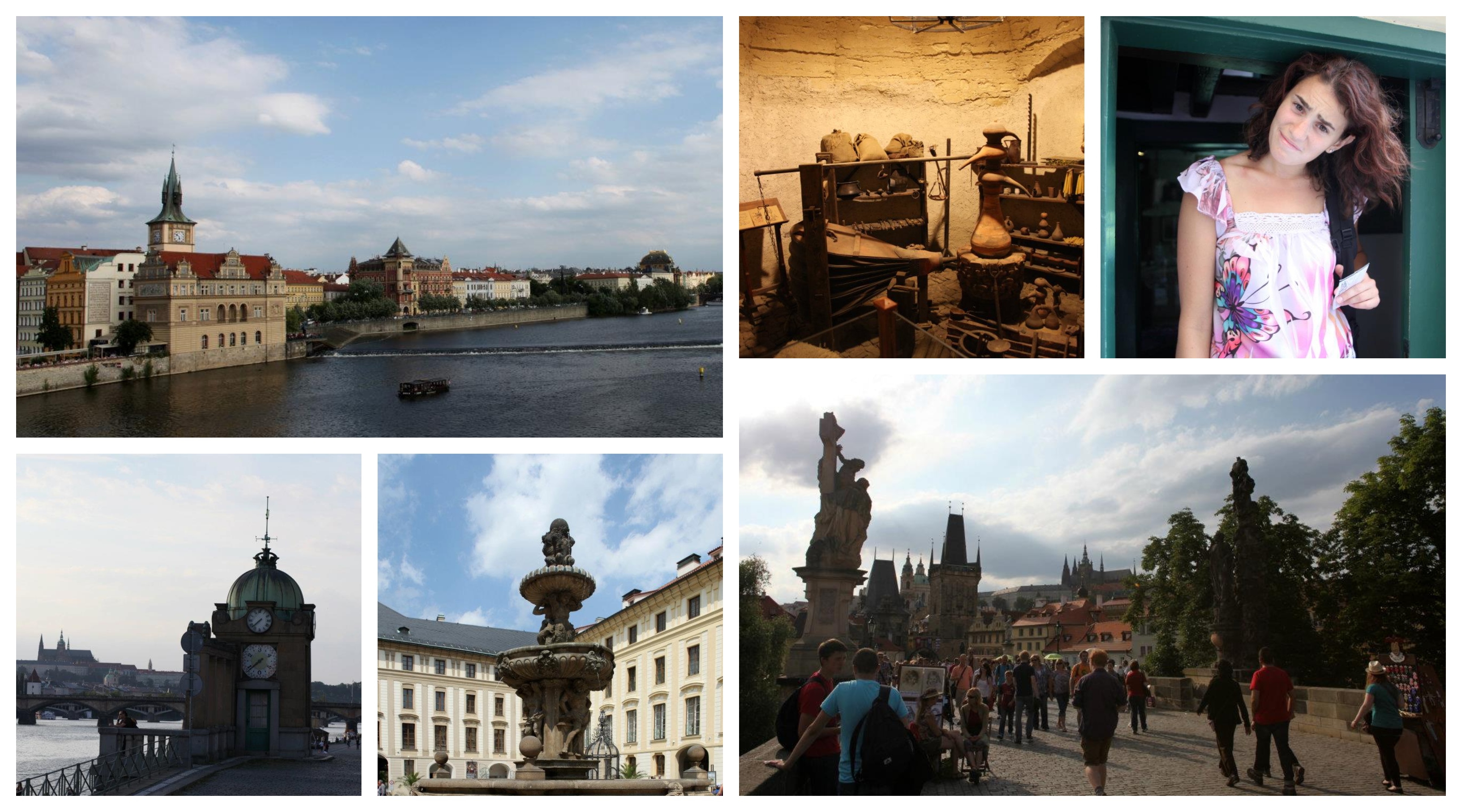 I desperately want to return to Prague and spend way more time getting to know this city. While it was definitely foreign, it felt like home to me somehow. Perhaps it was my ancestry, perhaps it was the delicious food, or perhaps my affinity for the supernatural vibe of the city.

One thing I know for sure, it was the beginning of my love affair with Eastern Europe, and I miss this city every single day. Until we meet again, Praha. 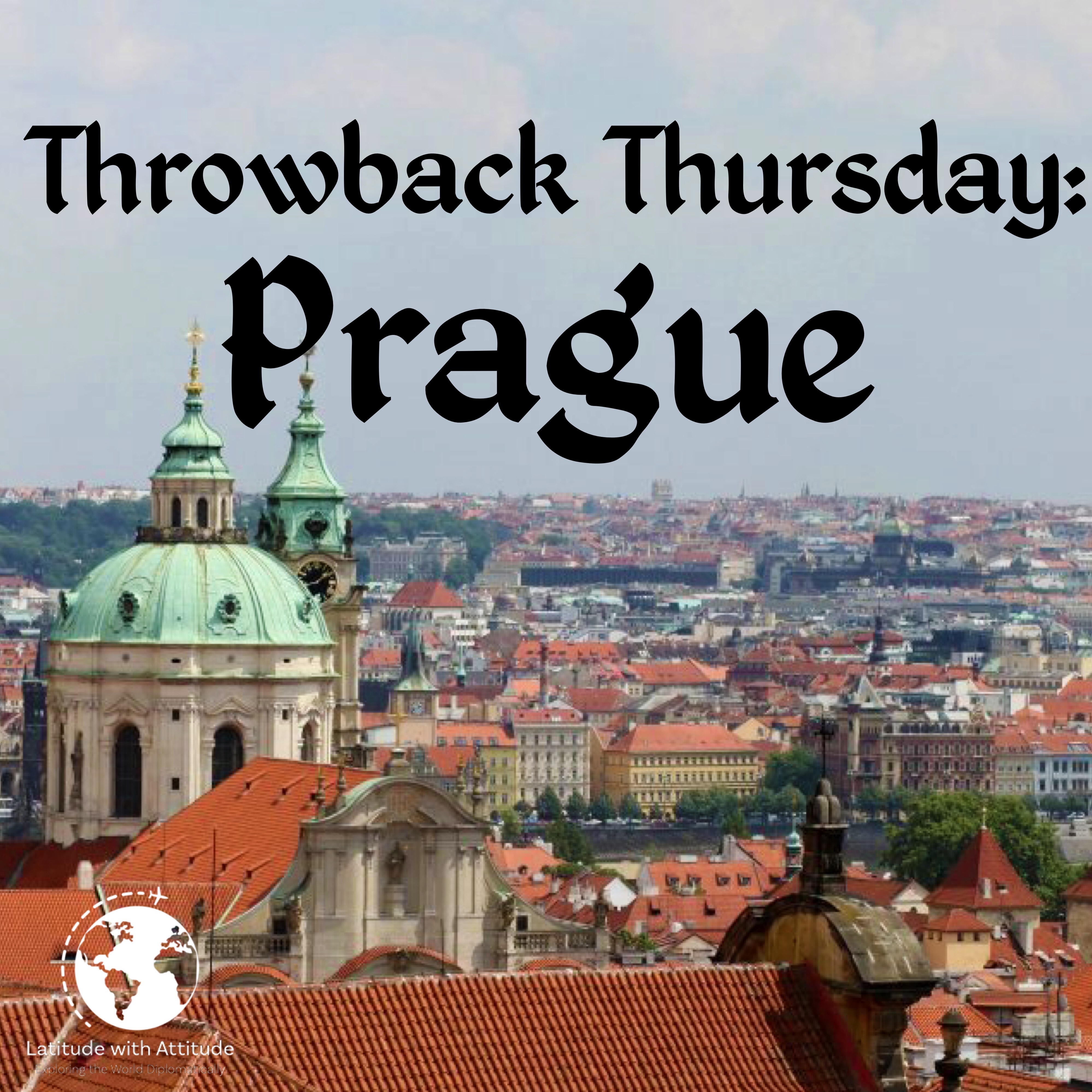