Sean’s been traveling a lot lately. It seems like August-October are his busiest times every year, especially when we are overseas.

Now, in a perfect world, I’d be able to join Sean every time he does a quick trip to an interesting location. I was so jealous he went to Berlin without me right before my birthday, for example. But of course, I have work responsibilities, and we have five crazy animals we can’t exactly drop on someone every time the DOD decides to send him somewhere. I’m often left at home.

But not this time. 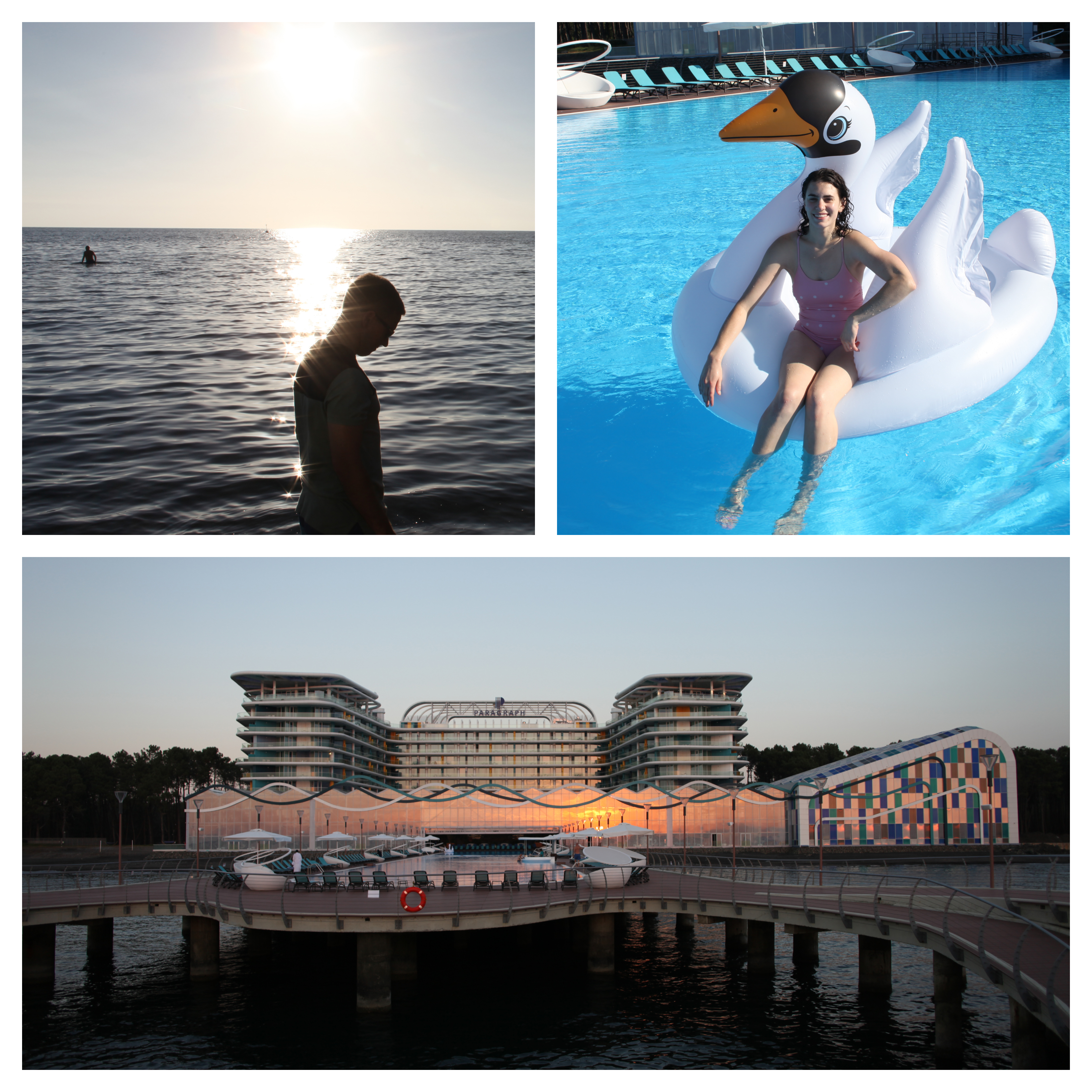 Last week we drove out to Shekvetili on the Black Sea for a Coast Guard handover ceremony. I was not required to attend any of the official events, which is fine, since I tend to be really awkward at any diplomatic reception. Sean’s office had manged to reserve a block of rooms at the Paragraph Resort & Spa (which also happens to be a Marriott Autograph hotel) so the idea of him spending a few days at the beach without me (AGAIN!) was too much to bear. I didn’t even take time off work. I was ready to sit alone in a hotel room on my computer without five needy animals getting on my nerves. And that’s exactly what I did.

The Paragraph Resort & Spa is an absolutely stunning hotel. They have a beautiful aquarium in the lobby, an indoor garden area, water park, tennis courts, two restaurants, a spa, sauna, and small indoor pool. Their outdoor pool is the best part, however. It’s enormous, for starters, and it actually juts out over the Black Sea itself.

While it was probably a bit too cold to swim, we jumped in anyway and enjoyed two highly relaxing mornings before we both had to start work.

Well. Sort of relaxing. We also went on all the water slides. 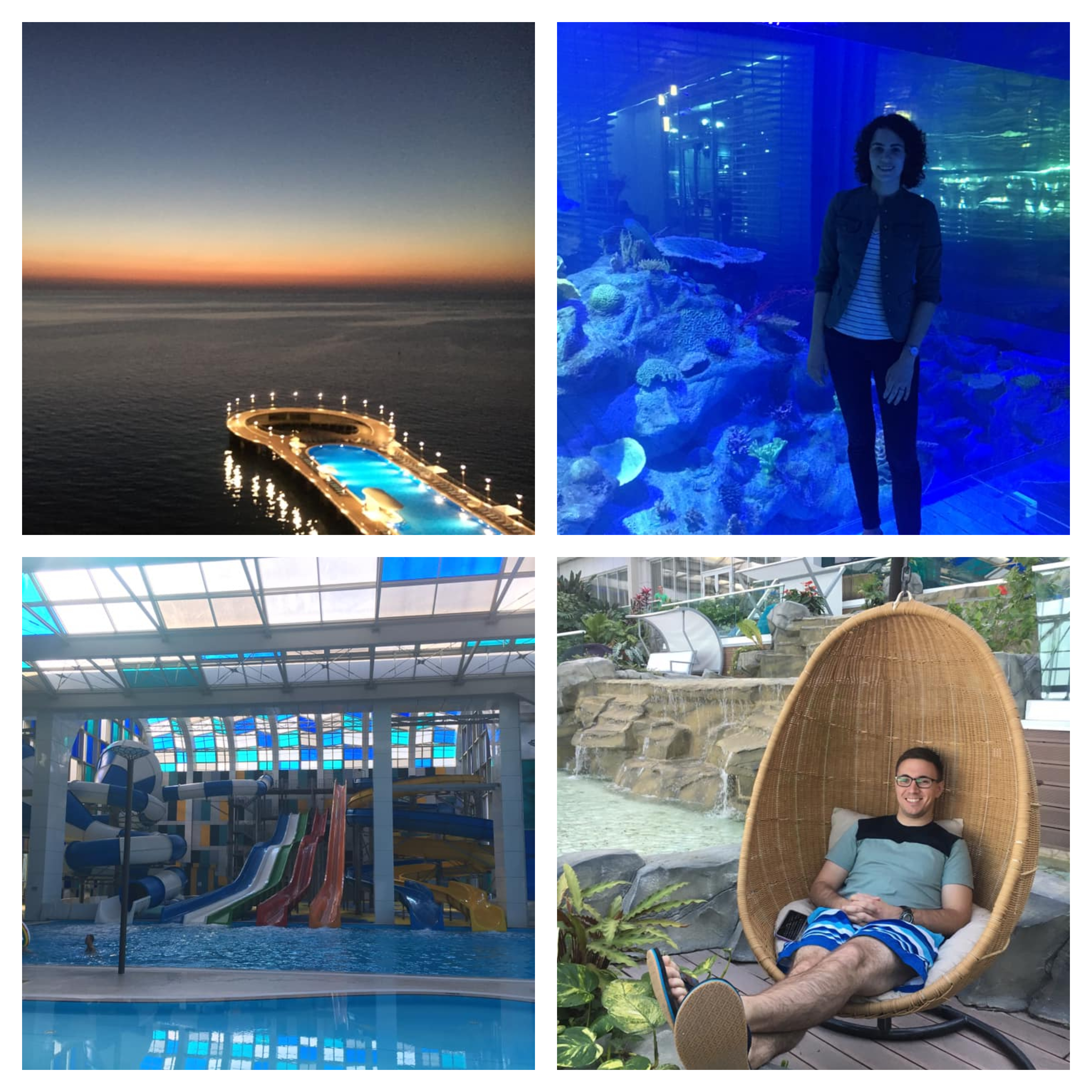 It was a quick trip. It was a working trip. But, somehow, it was also a wonderfully relaxing trip. And it was just what we needed after a busy few months. 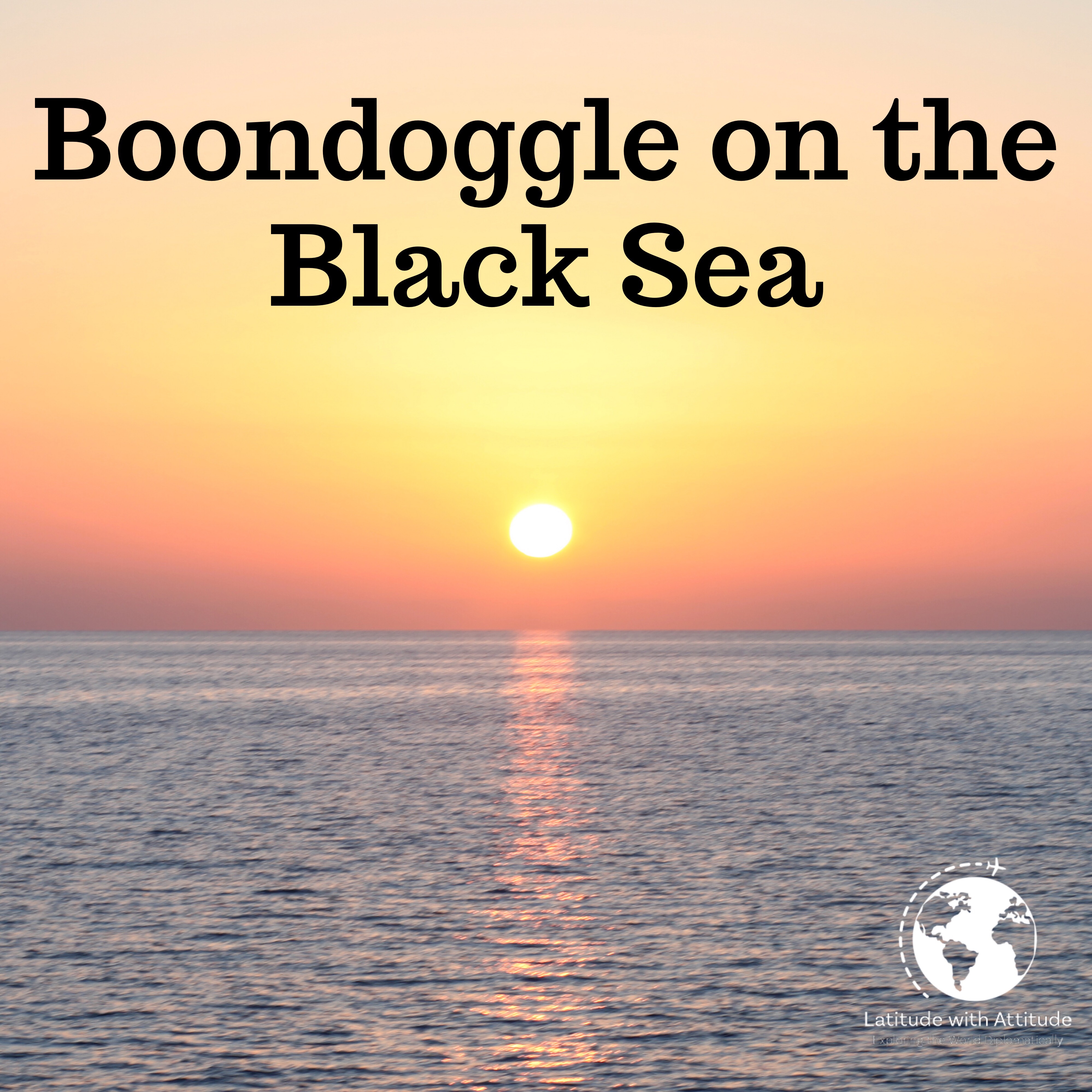 2 thoughts on “Boondoggle on the Black Sea”