It’s time for another Restaurant Roundup! We love to eat, and Tbilisi definitely delivers in the food department. I will say, we haven’t eaten at a ton of Georgian specific restaurants since we’ve been here, but that’s mostly because we are served traditional Georgian food at official events. I don’t want to only eat Georgian food at the risk of getting sick of it.

Anyway, on to our favorite restaurants from the past two months. 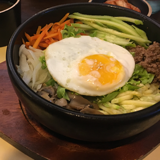 I, apparently, have a love for Korean food. Oddly enough, the first time I tried it was in Dushanbe and I was hooked pretty immediately. It’s an Asian food that has never tried to kill me with peanuts, so it automatically gets bonus points. Seoul is probably the most well-known Korean restaurant in Tbilisi, and it didn’t disappoint. I have been told by a few people that if you’ve been to Korea, Seoul is a tad disappointing, but for someone who’s never been, I approve. My favorite thing to order is the bibimbap, but we also got some tasty ramen. I’m sure we will be back here very frequently. 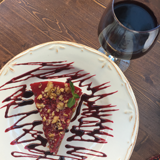 We sort of stumbled upon this place the day of Tbilisoba when we got sick of walking around in the crowds of people and I was turning into a gremlin due to low blood sugar. I swear the word “hangry” was coined specifically for me. It was even part of our wedding vows, with me promising “to go eat something before yelling at you to make sure I’m not just hungry.” But I digress. I’m so glad we found this place. I was in the mood for pasta that day and their four cheese linguine hit the spot perfectly. We also got a dessert that was basically churchkhela in pie form. Oh. My. God. 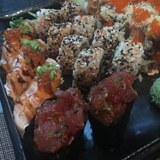 I mentioned my love for Asian cuisine above, but my favorite, favorite, FAVORITE Asian food is Japanese, specifically sushi. I would eat it every single day for all three meals and never get sick of it. Heaven help my waistline if we ever get posted in Japan. My current gold standard for sushi is our favorite place in Edgewater – in my opinion, the best sushi for the best price in our hometown. (I’ve never been to Japan so don’t come for me.) When rating sushi rolls, if Sean and I say “this could be served at Fuji and I wouldn’t question it,” that’s our highest form of praise. Now, believe me when I tell you, every single thing we ordered at Umami could be served in the U.S. and it would fit right in. It was perfection. And I didn’t even mention the beauty of the restaurant itself. This is my current favorite restaurant in Tbilisi, hands down. 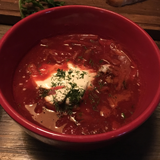 Want steak? This is your place. Don’t want steak? Don’t worry, they have a diverse menu for any appetite. For some reason I was craving borsch the day we visited, so that’s what I ordered along with an arugula salad. It’s probably blasphemous as a Polish person to openly admit I like Ukrainian borsch better, but it’s the truth and I’m sorry! Sean ordered a steak and was pleasantly surprised by how well it was prepared. We’d been told you can’t really find good steak in Georgia, but after visiting Josper Bar I think he would respectfully dissent.

Sean and I kind of resisted visiting Lolita for a while because it’s one of those restaurants everyone at the Embassy knows. We can be annoying hipster millennials and want to go against the grain sometimes, ok? We ended up here after several minutes of indecision with growling stomachs and a grumpy back and forth of “no, where do YOU want to go for dinner!?” and I’m so glad we did. Lolita has one of those menus where the longer I read it the more confused I became – I wanted to order everything. I thought had finally made up my mind, but then I glanced up at the specials board: pumpkin risotto. Yep. Done. Mind changed immediately. We also go avocado toast (yep, millennials at it again) and a flatbread. Absolutely all mouthwatering. I can see why everyone likes this place so much. 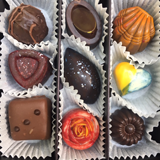 This was a fairly early and important discovery: a truffle shop in Tbilisi. What. Early in the tour, it was hard for me to separate Tbilisi from Dushanbe, but the discovery of this chocolate shop was one of the first steps. The truffles are beautiful, and more importantly, tasty. I’ve only had a few that missed the mark for me, but only slightly. Any time we are in the area we stop by for a small box. 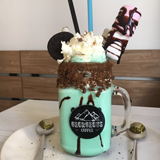 Remember a few years ago when those milkshakes with bunch of candy and treats pouring out of them were all the rage in the U.S.? Yeah. We were overseas when that happened, and by the time we got back, America had moved on to the next fad food. The price of being overseas I guess. Lucky for us, Georgeous Coffee filled the craving we didn’t know we still had for these milkshake creations. And you know how sometimes pictures you see on Instagram look nothing like the actual product? Not the case here. Our milkshake was identical to the photos we’d seen. Oh, and it was delicious, to put it mildly.

I say again, who’s visiting?! We STILL haven’t even scratched the surface on Tbilisi’s vast restaurant scene. The next Restaurant Roundup is coming your way in January 2019! 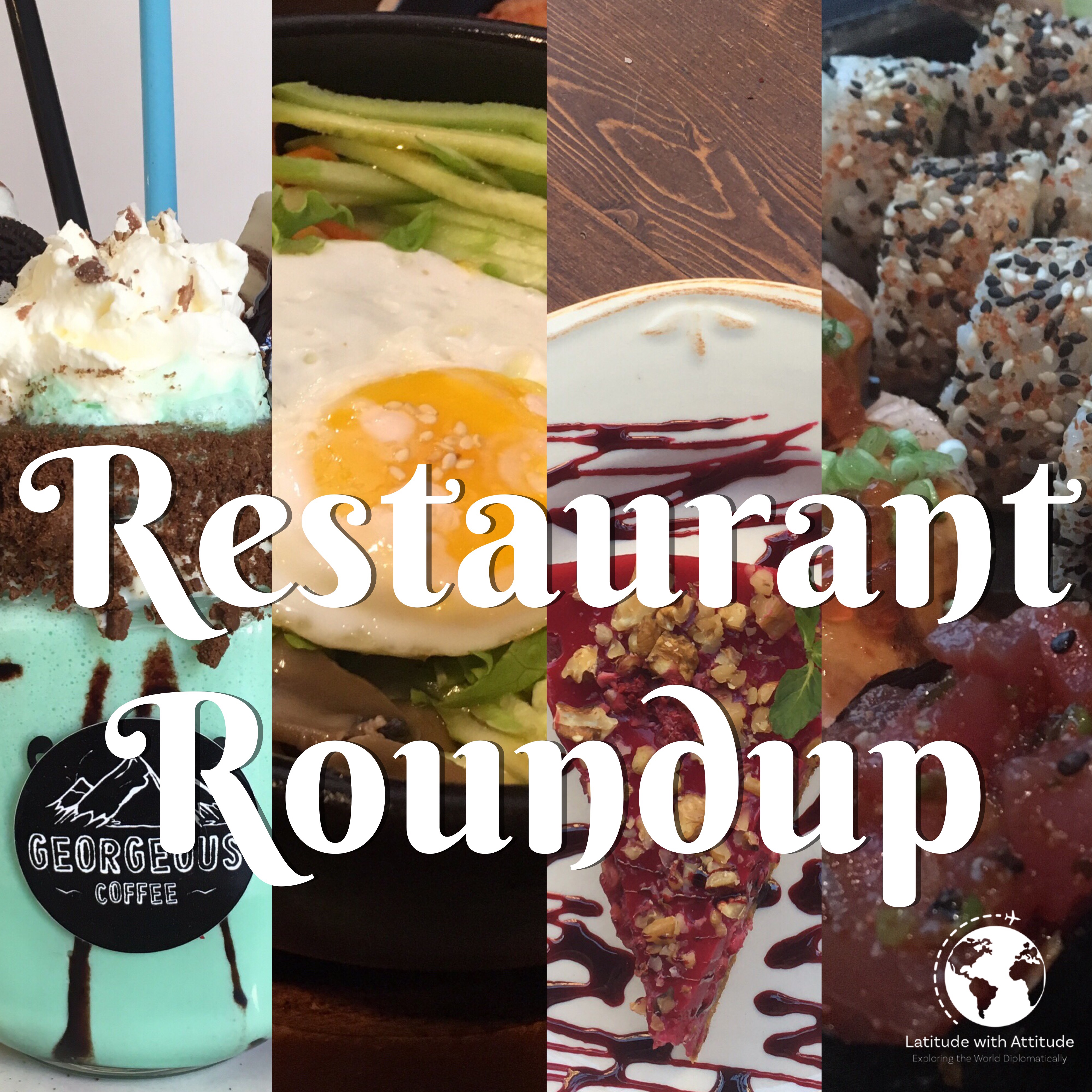