So we’ve been here in Tbilisi for about five months now. Part of me can’t believe it’s been that long since it still feels like we just arrived yesterday. There’s still so much of this city we haven’t explored, and don’t even get me started on the rest of the country. Where on earth did those five months go!?

The other part of me is hitting that wall. You know which one I’m talking about. Culture shock. It pops up around 4-6 months into an assignment where the newness has worn off and the frustration sets in. The wall is usually a combination of Sean working long hours, the seasons changing, driving around the city with crazy traffic, not finding something at the grocery store, and just missing home in general.

In Dushanbe, I went careening headfirst into the wall in my impractical sports car at about 300 mph with my eyes closed. At night. With no headlights or seat belts on slippery, icy roads. I was a culture shock crash test dummy.

This time around, I’ve been able to see the wall coming. I’ve managed to demolish it and reconstruct it a bit further down the road a few times. I’m also fully buckled into a more sensible vehicle. I know what culture shock is and how my body responds to it. If I feel like eating an entire bar of chocolate, I do it. If I feel like being antisocial, I choose not to attend a dinner. If I don’t want to work out, I don’t. If I’m tired, I go to bed at 9:00 p.m.

It’s usually one of the latter problems.

Even so, I see the wall coming. And it’s getting harder and harder to demolish it.

Thankfully, this go round I know what I’m dealing with. Since I’ve seen it coming for a little while now I’ve manged to slow my car to a much more reasonable speed. Hopefully when the crash does come, instead of a devastating head on collision with horrendous injuries it will be more like a minor fender bender.

Perhaps it won’t even leave a scratch. 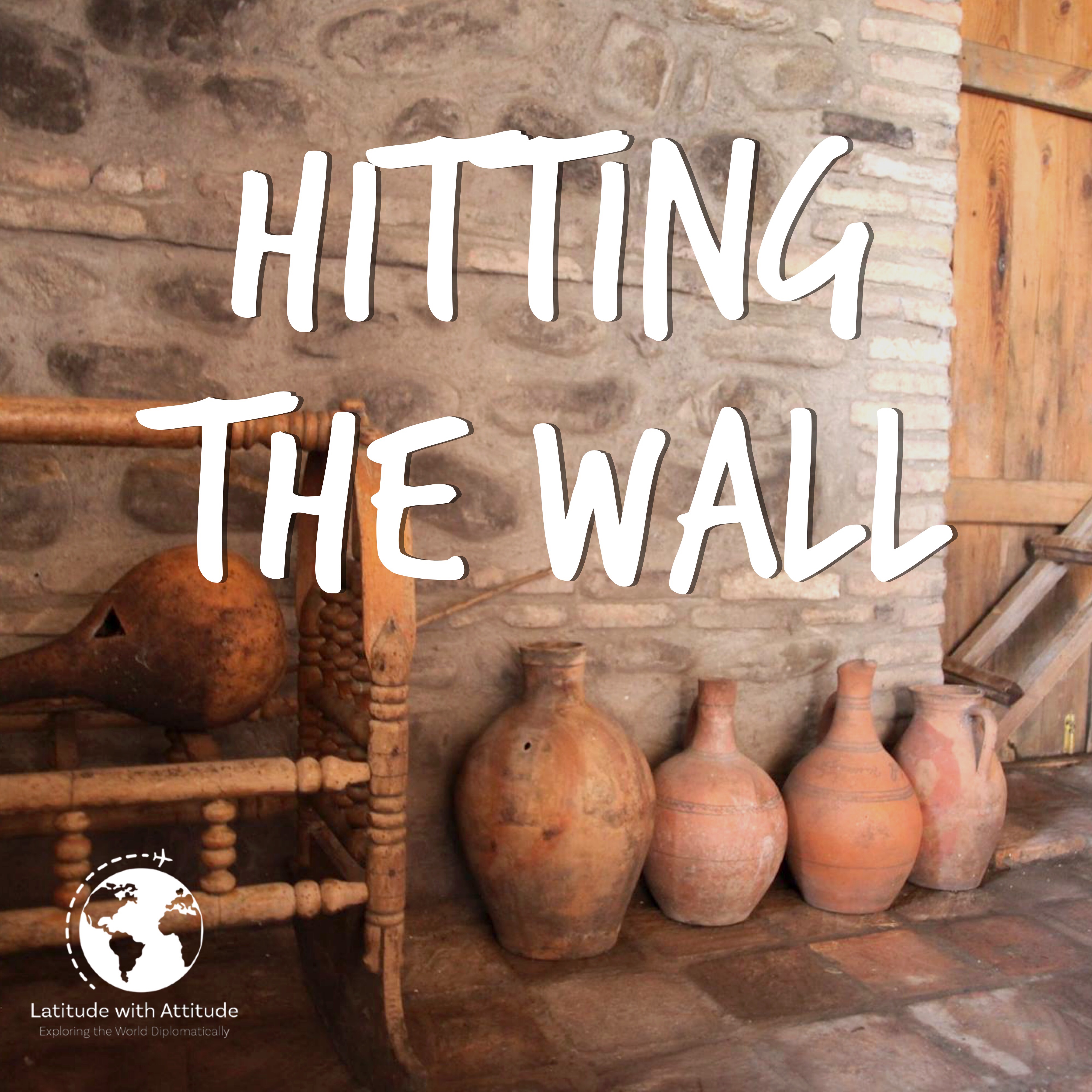