The longer I’ve lived in Tbilisi, the more I’ve come to realize this is a city full of surprises. For instance, did you know an area of downtown is actually geothermal? I do now. There are actually several sulfur bathhouses clustered together in the Abanotubani neighborhood in Old Tbilisi that make for an excellent way to relax and unwind for a few hours.

I went with three other ladies from the Embassy community last weekend. We woke up on Saturday to cold, wet, dreary weather, so the timing could not have been more perfect. We ended up at Royal Bath House, though, admittedly, it may not have been the one we had intended to visit. They are all clustered together and the signs are all in Georgian (if they have signs at all) so it’s hard to say. Regardless, we were quickly shown to an absolutely enormous room with a seating area, our own sauna and plunge pool and, of course, our own private sulfur bath. If it was a mistake we ended up here, it was a good one to make. 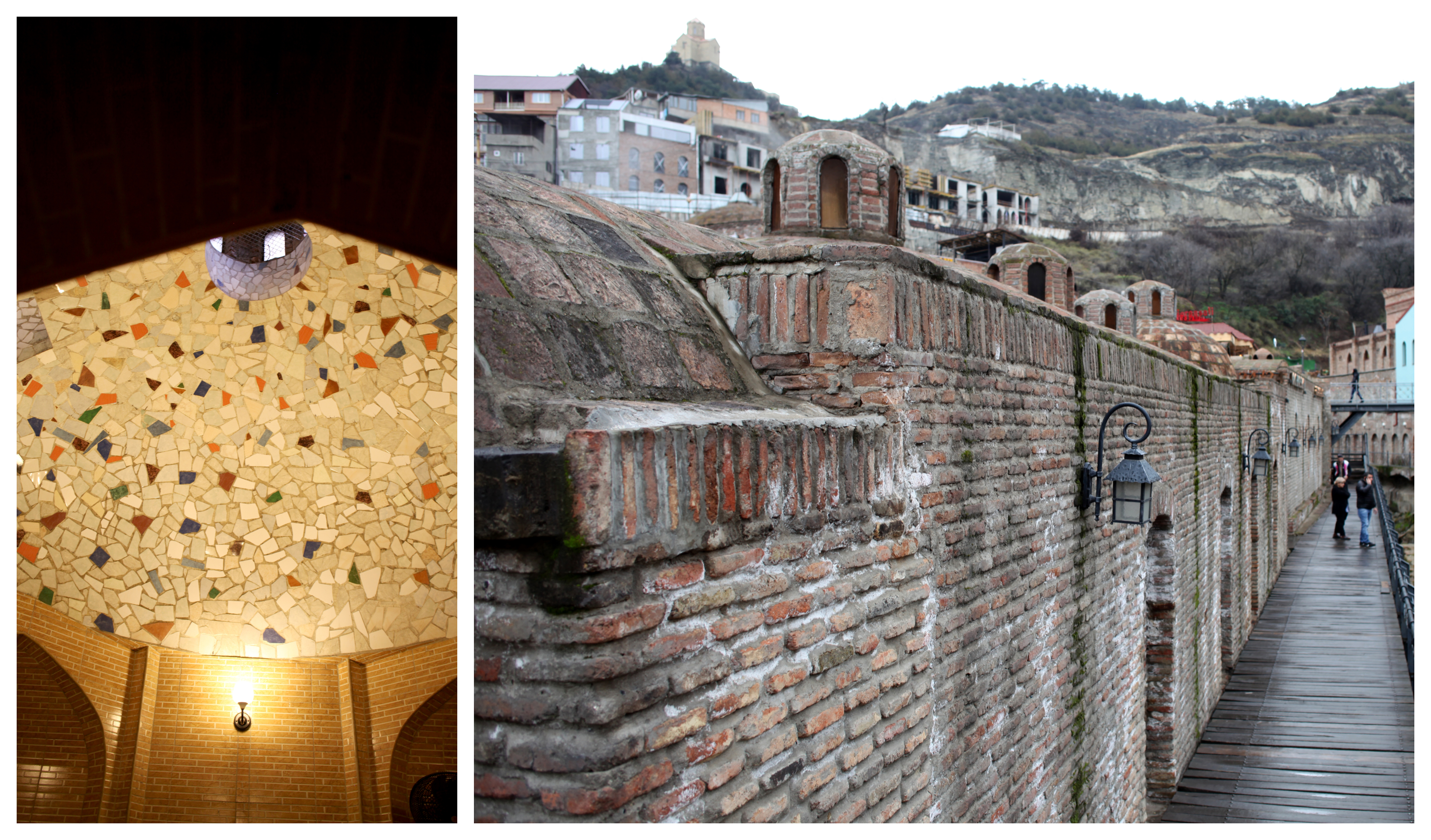 Now here’s the first instance in this story where I embarrass myself. Remember when I said I didn’t know Tbilisi was geothermal? Well. That’s pretty stupid of me. “Tbilisi” LITERALLY MEANS “warm place,” and the widely taught myth of the city’s founding involves these hot springs. The myth states that King Vakhtang went hunting with his falcon (or hawk in some versions of the story) in a heavily wooded region in central Georgia. The falcon caught a pheasant and during the struggle, both birds fell into the hot spring and died from their injuries. The king was so impressed with the hot water that he decided to clear the forest and build a city around this natural wonder.

Anyway. The bathhouse was beautifully decorated in stone mosaic, with domed ceilings and rustic furnishings. There was no sign posted with the temperature of the water, but I’d say it was at least 42 degrees Celcius. Almost too hot to handle, but just cool enough that I could fully submerge without scalding myself. I loved it.

Sulfur baths are not only gloriously warm – and probably the closest thing I’ve seen to a jacuzzi tub outside the U.S. – they are also supposedly therapeutic. Aside from simply being a relaxing experience, they are also thought to help with various skin ailments like acne and eczema, as well as digestion, insomnia, and arthritis. I have horrendously dry skin that almost crosses the line to eczema on my arms, and I always notice my skin feels a lot softer after a good soak. Though in this case, my soft skin may be a result of the messages we…endured. Which brings us to the second embarrassing part of this story.

When we checked in, the receptionist asked if we wanted massages. Knowing this would be an interesting experience, we said yes. Now, it wasn’t a full-on banya experience with the suffocating steam and beating branches and total nudity, but it was pretty close. In the sulfur bath area of our room, there were two stone beds and a shallow pool of water. Two Georgian women came in and, um, forcefully demanded we strip down for our massage and scrub. One at a time, we laid face down on these uncomfortable beds as hot sulfur water was dumped unceremoniously onto our unsuspecting naked bodies.

I was the last to partake in this experience, so I was not totally caught by surprise, unlike my friend who went first. Then, the two women scrubbed our entire bodies rather forcefully for a few minutes before abruptly requesting us to turn over so they could repeat the process. To finish the experience, we were instructed to sit up as they washed the soap away with more scalding water. I tried my best to relax, but I don’t think I quite managed to fully exhale during the entire ordeal.

Truthfully, I can’t say the massage was a pleasant experience, but I also can’t say it was an unpleasant one. Had I been expecting a wonderfully relaxing spa massage I would have obviously been scandalized, but since I went into it knowing it would be a little strange I actually didn’t mind being naked and awkward for a few minutes.

Besides, my skin really does feel amazing even several days later. 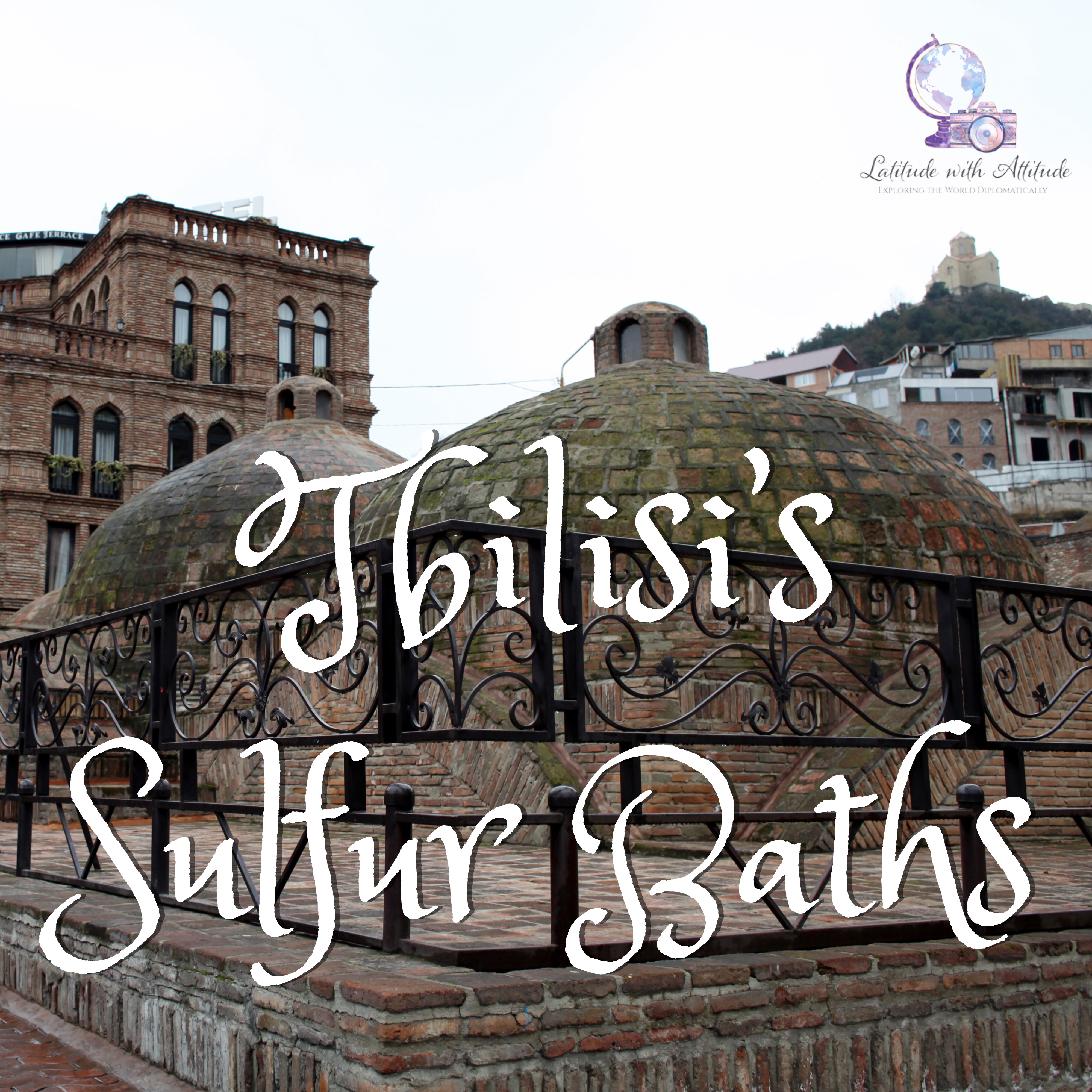