Today is Izzie’s fourth birthday. She is the only one of our five pets whose birthday we know with absolute certainty. I know I’ve talked about her a bit on this blog, but since it’s her special day I thought it would be fun to focus on our first puppy love for a day.

Izzie was born in a shelter in North Carolina. Her mother is part husky, her father is unknown. She was listed as a husky-lab mix on the adoption site when we found her adorable little face staring at us with intense dark brown eyes. After six months of Sean looking at dog photos online, I had had enough. I half screamed, “EITHER GET A DOG OR DON’T BUT YOU HAVE TO STOP SHOWING ME PICTURES OF LITTLE PUPPIES!” 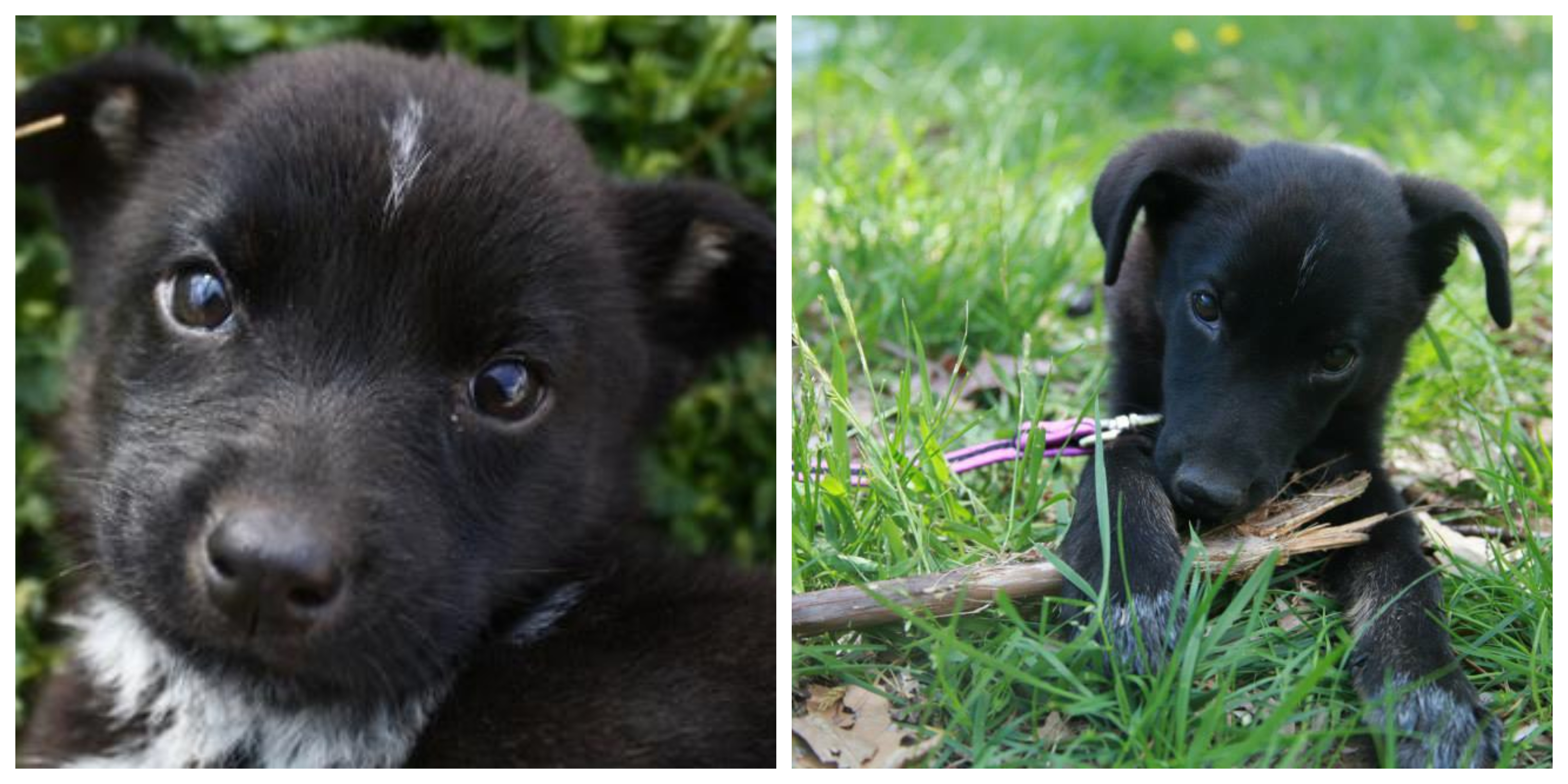 We immediately changed her name from Kita (which we liked, but thought it sounded too close to “kitty”) to Izzie, continuing the theme of naming our pets something Madison, Wisconsin related. (Izzie, short for isthmus; get it?) A tradition we promptly broke with Soya a few months later.

A few days after we got Izzie, Sean left for his brother’s graduation in Utah and I was suddenly alone with this new puppy. Of course, I managed to catch some awful 24-hour stomach bug the day after he left, so not only was I confined to the couch, I had a new baby dog in the house who desperately wanted attention, and needed to go out every two hours. It was pretty miserable for everyone.

Slowly, I learned how to bond with this puppy. I remember a particularly frustrating day which I’m sure involved multiple accidents, terrorizing kitties, destroyed toys, and general exhaustion. I wanted nothing more to do with her, but instead of simply going to bed, I laid down on the floor next to her crate and watched her finally fall asleep. She was a baby after all and was learning her way around this new environment. That moment of calm in the chaos of those first few weeks stands out as the moment I truly fell in love with her.

Since those early days, Izzie has lived in four houses and three countries. She’s endured six plane rides, two additions to the family, and her mother’s excessive worrying about her. She paved the way for Soya and Ren to come into our lives. She transformed from an awkward puppy who ran like a rocking horse to a derpy dog who is somehow graceful and clumsy all at once. All she wants is someone to chase her, and still hasn’t quite figured out how to play fetch. She’s picky about her treats and her people. She’s long and lean and beautiful. And almost never lets me take a photo of her.

She’s also the closest thing I have to “my dog.” Soya and Ren are both 100% daddy’s babies, and the kitties are 100% mine, but Izzie is the closest to equality with her love and affection. She can be shy at first, but once she’s accepted you, she’ll never leave you alone. She’ll sit directly in front of you and demand pets by pawing at you until you comply. She’s a lovebug in her own particularly silly way. And she’s absolutely perfect.

Happy birthday, Izzie-fizz. Thanks for being our girlie. 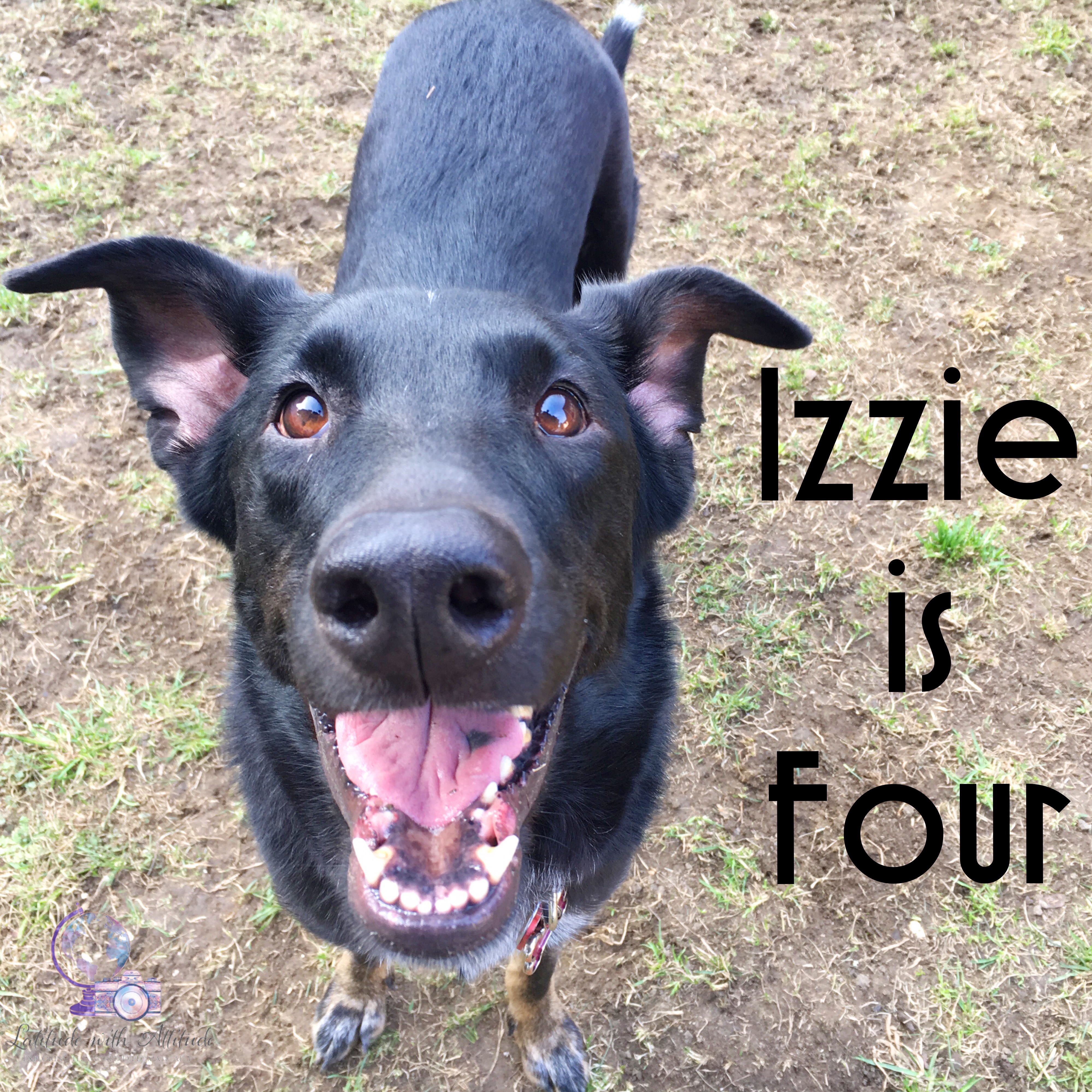 2 thoughts on “Izzie is Four”