I’m a blood donor. I have been since I turned 18 and was legally allowed to donate in the state of Wisconsin. I went as often as I could. It was something my mom taught me wasn’t scary, took hardly any time, and was a small way I could contribute to society.

On a personal, perhaps slightly selfish, level, it was a way for me to keep tabs on my iron at regular intervals, being the slight anemic I am. It was a quick litmus test to see how my blood was doing. I used to build it up as such a big event in my head. A week before my scheduled donation day, I would fill up on red meat and guzzle raisins by the carton. I drank a ton of water. It was always a big production (not that I have a flair for dramatics or anything).

I’m a good candidate for blood donation. My transparent skin makes my veins visible at all times so they always get a clean stick. I’m not overly queazy at the sight of needles – I mean, I don’t love them, but who does? And I think the longest I’ve ever been hooked up was a grand total of eight minutes. I’m not sure if I simply have good blood flow, or if I will my body into filling the bag quickly so I can get this 16-17 gauge needle out of my arm and move on to the free snacks. I don’t have a particularly exciting blood type (AB+, the universal whole blood receiver), but still, any donation is good, right?

Since leaving Wisconsin in 2012, my donation rates went way down. I’ve traveled to a few high-risk countries, so I had to wait until I was out of the forbidden window. Even last year with 10 consecutive months home after Tajikistan, I wasn’t able to donate. I tried not to dwell on the issue – there’s nothing I can do, really – but it did tug at the corners of my mind every so often, particularly in the wake of a tragedy where blood donation was desperately needed.

But! Yesterday my dry spell ended. The health unit ran a drive with one of the blood banks here in Tbilisi and I was able to participate. Admittedly, I forgot about it until the CLO sent out a reminder. I was unprepared. I hadn’t done my ritual raisin guzzling, red meat binging prep work. My diet has drastically changed since 2012, and I was worried my hemoglobin levels would be too low. I did have one thing going for me: the pesky daily notification from my phone which reminds me to take my iron supplement. I hate those little red circles so much I almost never miss a day.

I shouldn’t have worried. My blood pressure was good, my hemoglobin was good, and 10 minutes later I was back in the waiting room sipping a coke and calling a taxi to take me home. Easy.

I always leave after donating blood feeling empowered, like I was able to contribute in a meaningful, physical way to the world. Yesterday was especially reaffirming since it showed me that my current diet is keeping the anemia at bay without overthinking anything.

As an added bonus, Georgia loves sealing everything with a stamp, and I got this snazzy certificate out of the deal. 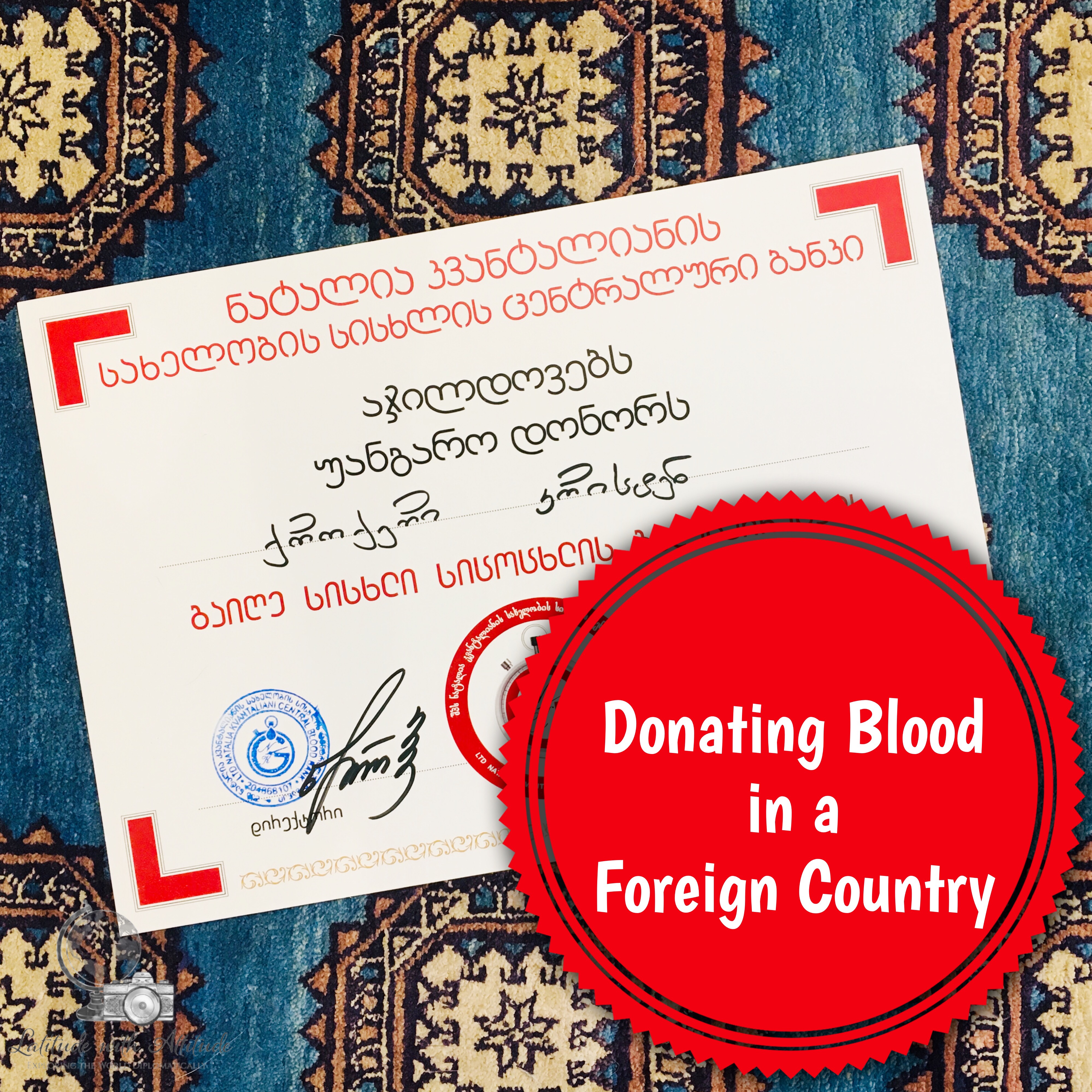