We’ve reached the time of year where the weather and I really don’t get along. One day it will be freezing cold and dreary, the next it will be balmy, sunny, and a teaser for spring. I’m at the point where I’ve had it with winter and I’m eager for spring to show up and seize control, though I doubt that will happen as quickly as I’d like.

For now, we are trying to maximize the good days, and thankfully, this weekend was beautiful. We spent several hours Sunday afternoon exploring one of the most prominent landmarks in Tbilisi, the Narikala Fortress. 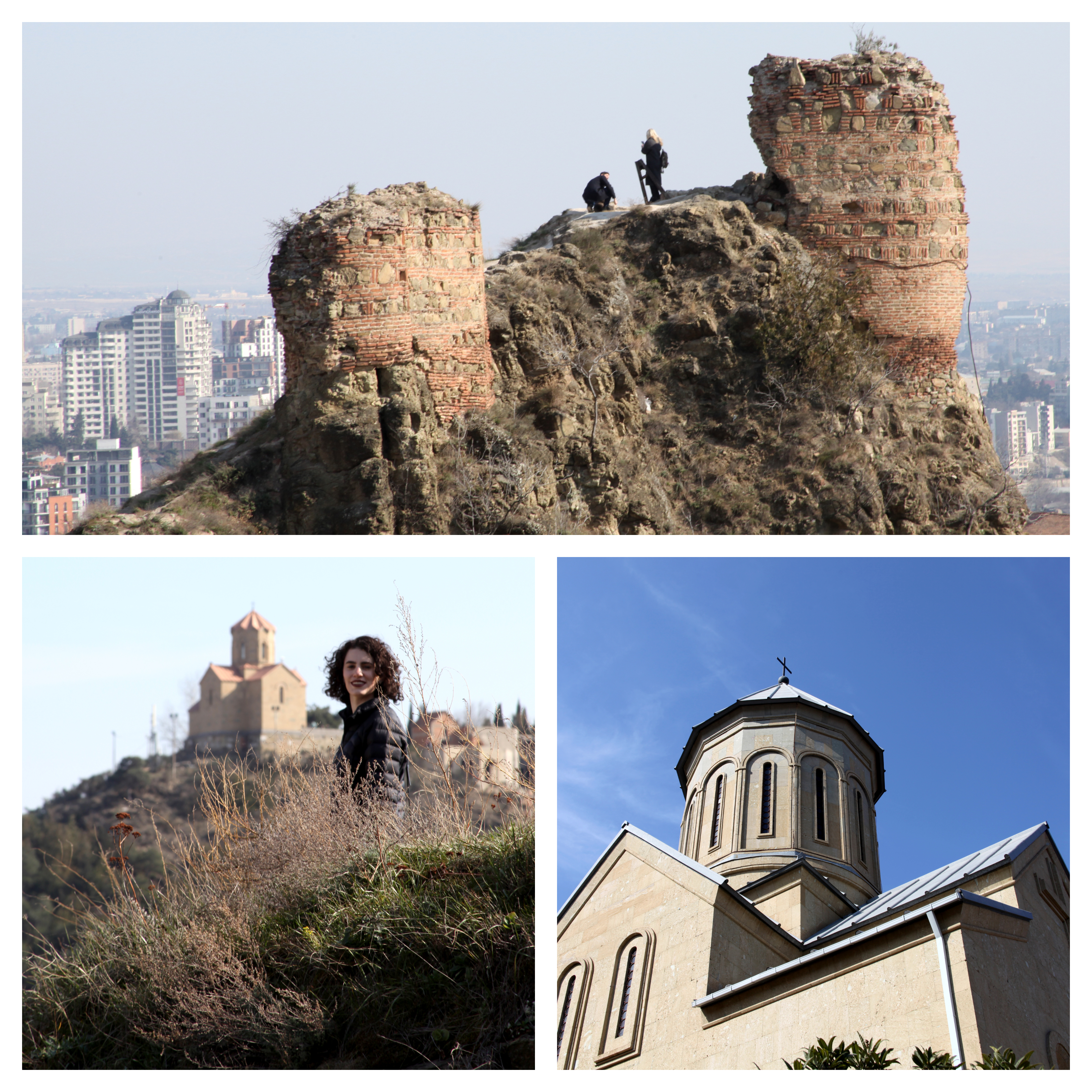 Narikala is an ancient fortress overlooking Tbilisi and the Kura River. The structure is located on a steep hill with one side facing Old Tbilisi and the Sulphur baths, and the other facing the botanical gardens. The fortress was built in the 4th century as a Persian citadel and has undergone additions and modifications for hundreds of years. Most of outside fortifications date from the 16th and 17th centuries. In 1827, the fortress was badly damaged by an earthquake and the exterior walls were not restored. Inside the fortress walls stands St. Nikolos church which dates back to the 12th century. The church was extensively renovated in 1996, and it’s interior is covered in frescos depicting scenes from both the Bible and history of Georgia.

You can access the fortress in several different ways. There is a paved path connecting the Mother of Georgia statue to the front entrance, you can simply hike to the top, or, probably the most fun, ride the Aerial Cable Car from Rike Park to the entrance. It cost 12 lari for two fares to the top (I think we could have ridden the cable car down as well but decided to walk instead), and the card we were given also works on the city metro system, which is nice. 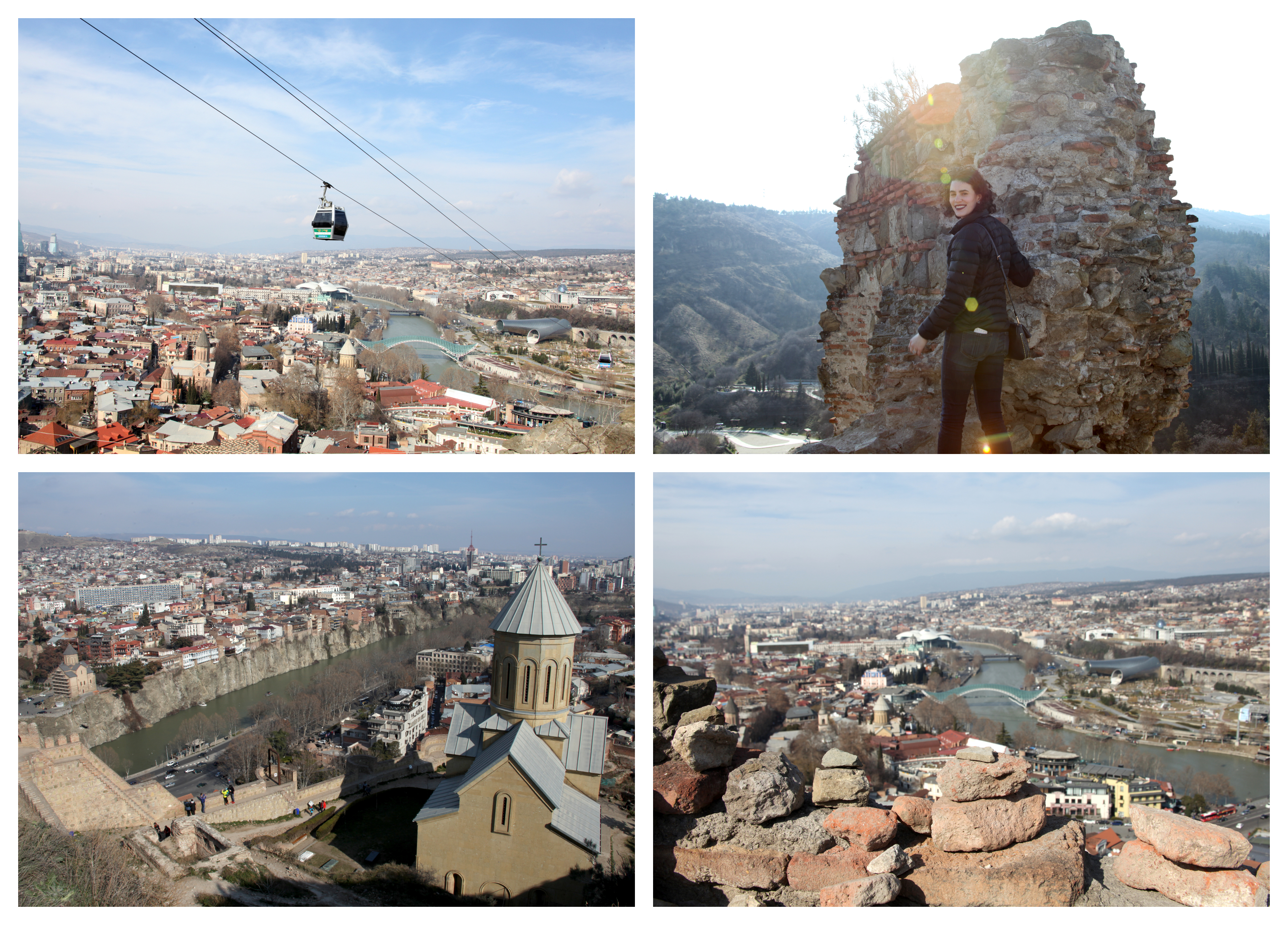 There isn’t any kind of guided tour here, nor is there any fee to enter the fortress itself. Some of the paths are steep and crumbly, so hiking shoes or sneakers are definitely recommended. We spent a few hours wandering around the paths which wound up and down the walls and enjoyed panoramic views of the city.

A pretty perfect way to spend a gorgeous Sunday afternoon if you ask me. 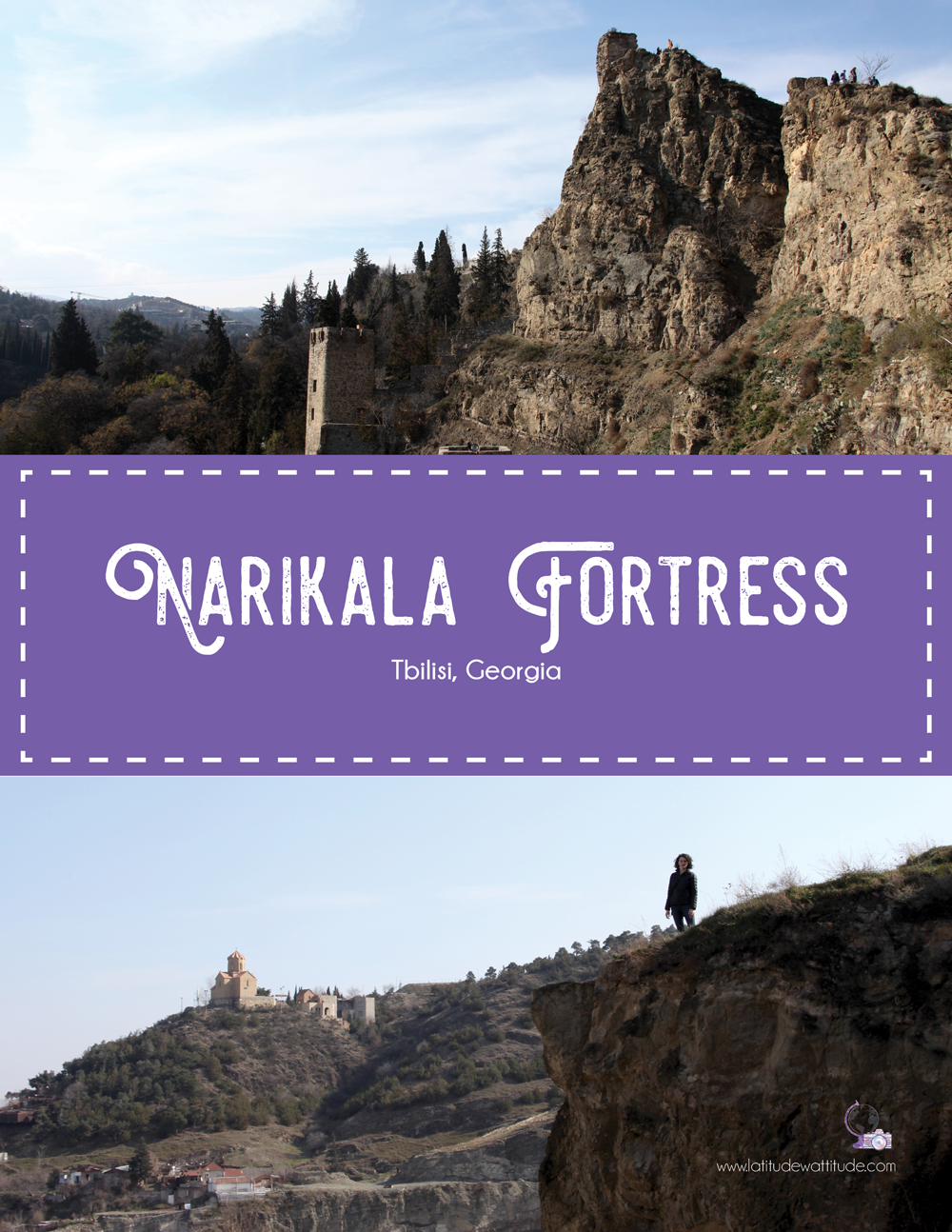 One thought on “Narikala Fortress”