Before I dive into all my issues with The Vatican, let me preface this with the following: I am a confirmed Catholic, but not at all religious. I don’t have a problem with religion, except when people start wars, are prejudiced/bigoted because of it, or simply tell me how to live my own life according to their beliefs. I’m not going to address my issues with the Catholic Church in this blog (and goodness knows there are many), so if you came here looking for a rant about religion I’m sorry to disappoint.

That all being said, I was still very curious to explore the headquarters of the church I grew up with. It’s home to the largest church of Christianity in the world, St. Peter’s Basilica, as well as the crazy, crazy famous Sistine Chapel. I’ve visited many Cathedrals or other places of worship in my travels, and I always find them fascinating. I expected grandeur. I expected opulence. I expected to be in awe.

I was not expecting to become increasingly enraged the further into our visit we went. 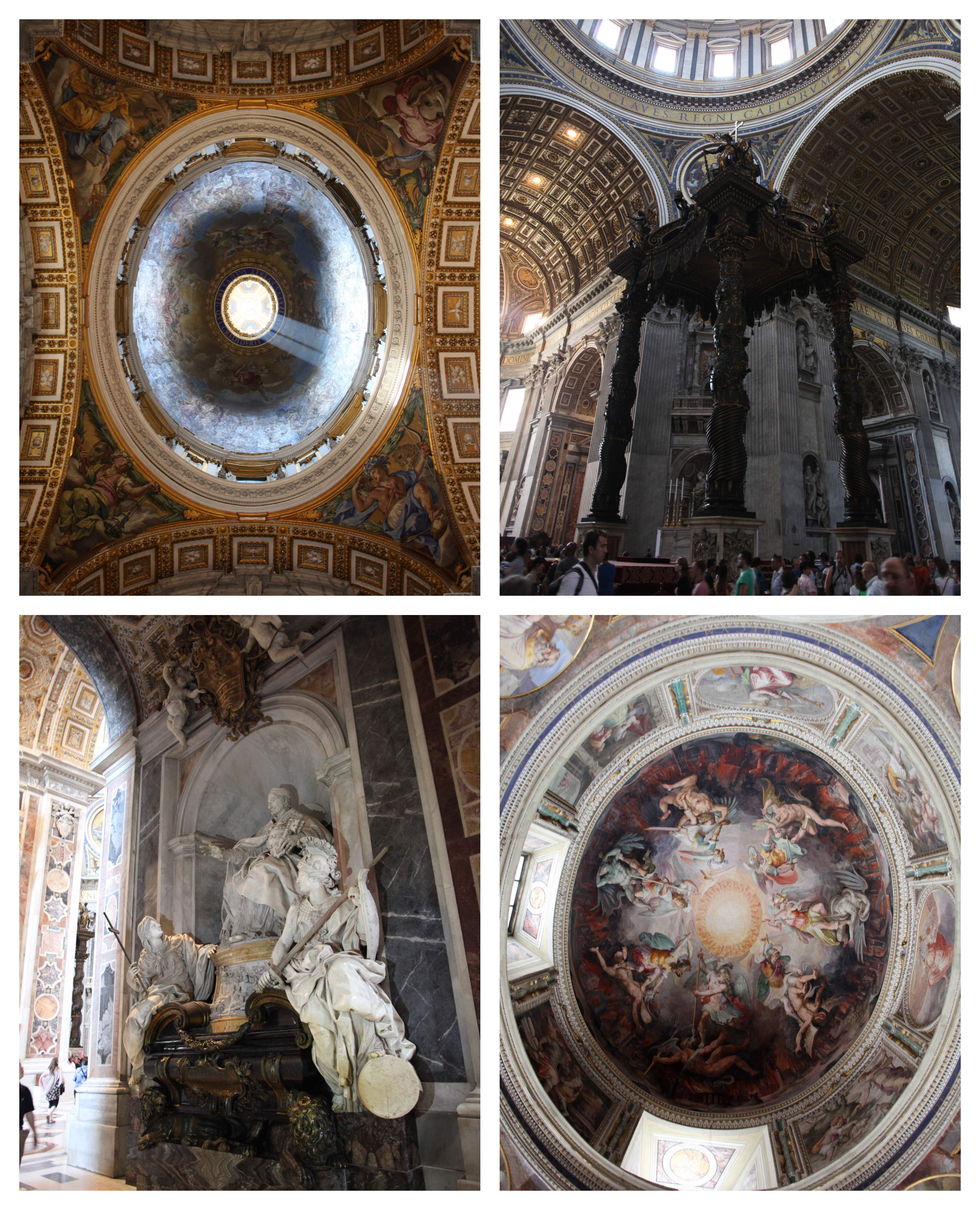 As we walked along Via della Conciliazione, the main road leading into St. Peter’s Square, we were completely bombarded by tour guides. Some worked for companies, some were independent. All shouting at us in English, Italian, French, Spanish, you name it. I’m sure these tours are very nice, but we 1) didn’t have time to take a full-length tour, and 2) didn’t want to spend the money. I don’t have much of a problem with guides asking if we are interested, but when they follow you, physically impede your path, and insult you, I get angry. Not exactly what I was planning to feel as I entered one of the most famous religious places in the world.

Once we got to St. Peter’s Square, the tour guides, thankfully, vanished. It was like an invisible bubble kept them from actually desecrating the obelisk with their incessant badgering. I tried to calm myself down and enjoy the views before entering the Cathedral. It’s a strange feeling, to stand where so many have stood before, crammed into this space to hear the Pope address the masses. 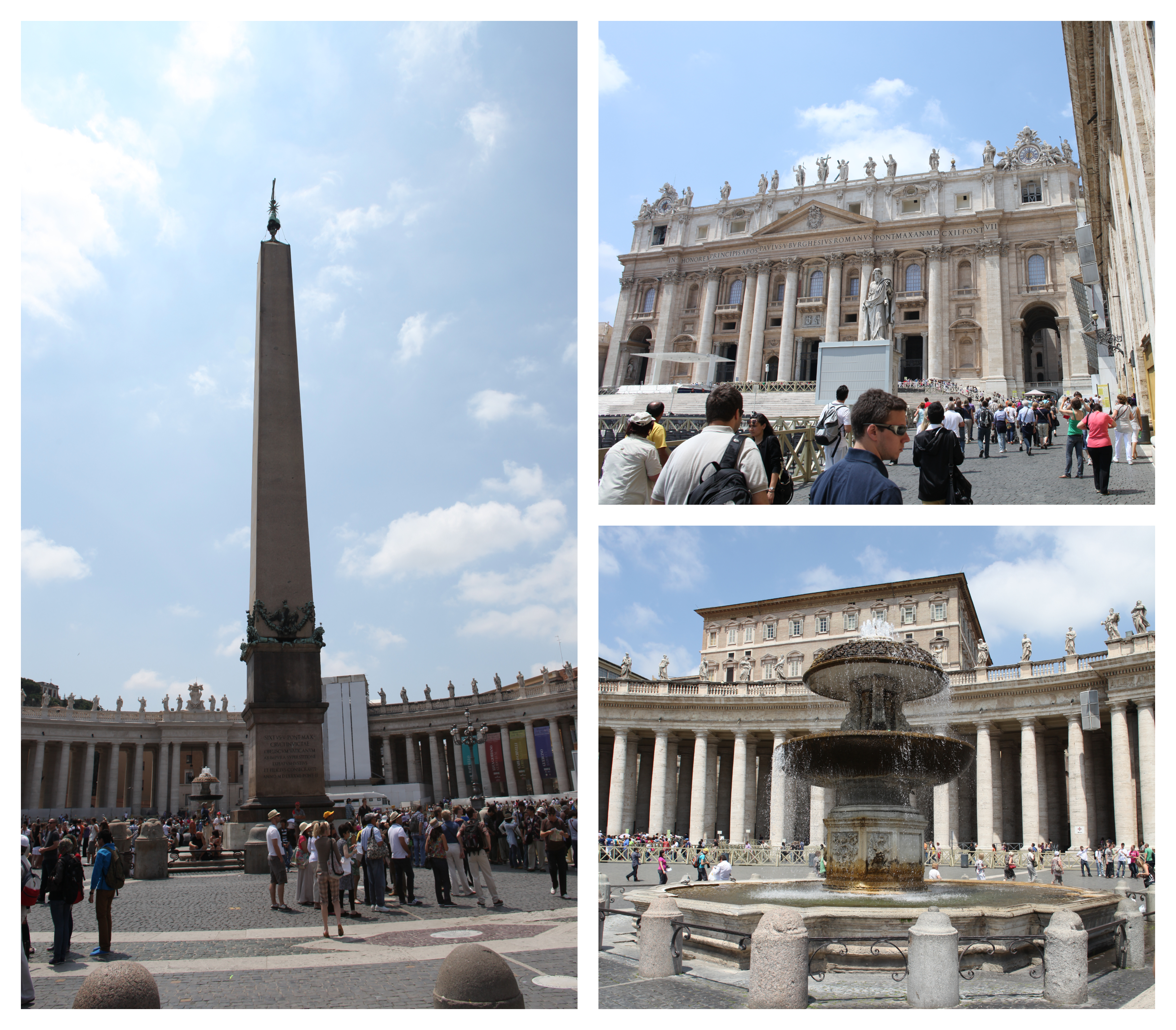 My reprieve from annoying tour guides didn’t last long. Once we entered the Basilica, it started up again. This was 2012, and I sincerely hope SOMEONE has a better handle on things now. There were simply too many tour groups. All the guides were speaking loudly trying to overcome the dull roar that filled this vast space. Some had those little microphone boxes, some had actual megaphones. The guides didn’t seem to care if the average tourist was stopped to view an artifact or say a quiet prayer. It actually seemed like they went out of their way to be rude. I was thoroughly off-put.

After the Basilica, we went to pay for the Sistine Chapel. The Sistine Chapel is famous primarily for its stunning decoration, but it is also the temple in which popes are chosen and crowned. Michelangelo’s frescoes on the ceiling are perhaps the most famous works of art in the world. Scenes include The Creation of Adam, the nine stories from Genesis, and The Final Judgement. (Photography in the chapel is not allowed.)

Here, I expected at least some degree of order, but I was, of course, mistaken. We were essentially herded through a labyrinth of corridors until we finally got to the chapel itself. Again, we found it to be absolutely packed with tours and obnoxious guides. What made things even worse were the security guards lazily maintaining order. It’s supposed to be silent in the chapel, but with all the guides murmuring in various languages it was shockingly loud in such a small space. Apparently, according to the guards, the best way to combat this was not to disallow tours. Oh no. It was to loudly clap their hands three times and yell “silence!” at regular intervals. At this point, Sean and I were completely disgusted with the experience. 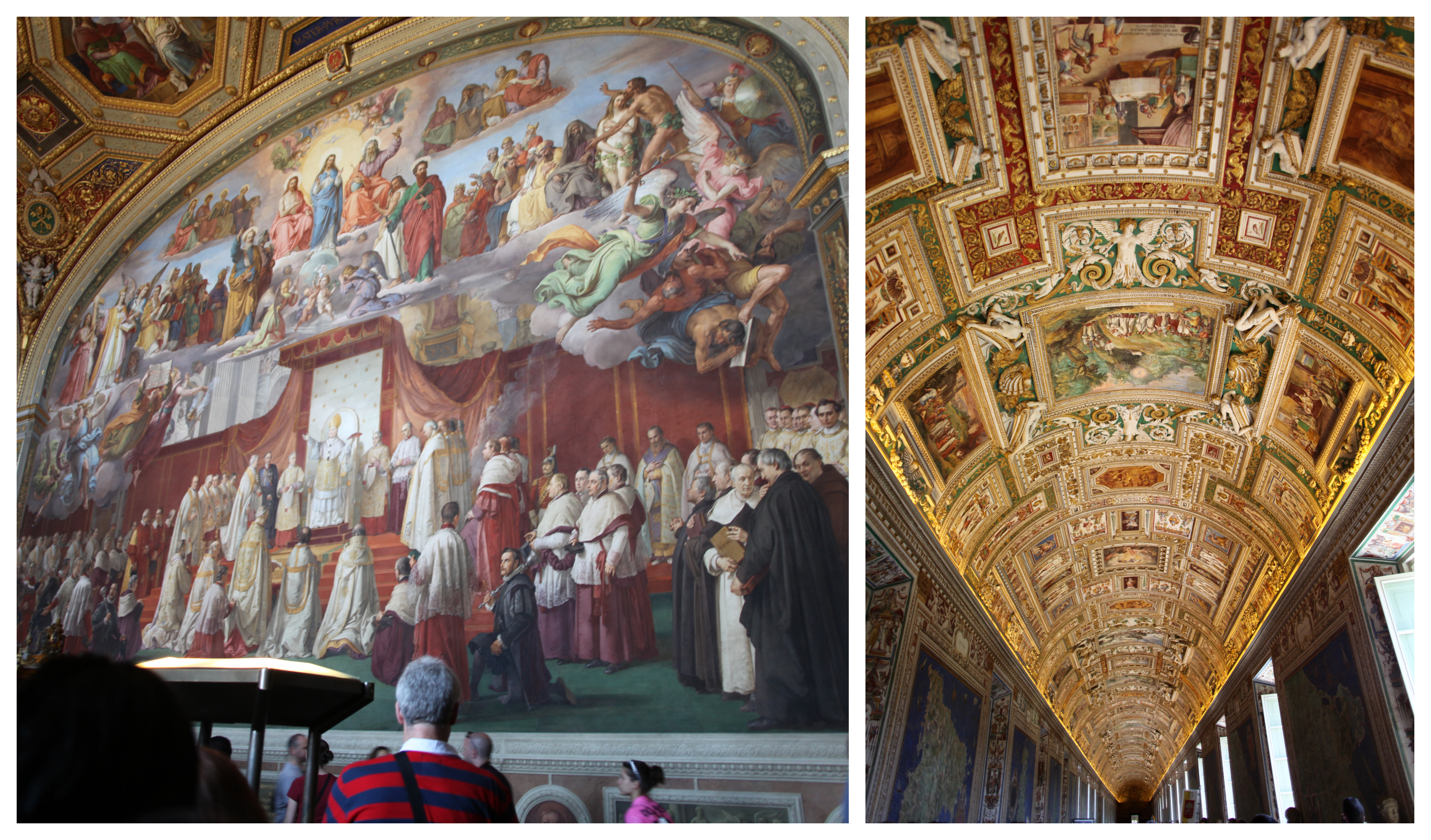 I truly, truly hope things are better seven years after that crazy experience. The Vatican is a remarkably stunning place. I desperately wanted to enjoy the experience, but my tolerance for large crowds and rude people can only last so long. Oddly, the second half of our day was spent at the Collusseum, and we found much more respectful tourists at a shrine to blood and killing than we did at a religious site.

Take from that conclusion what you will. 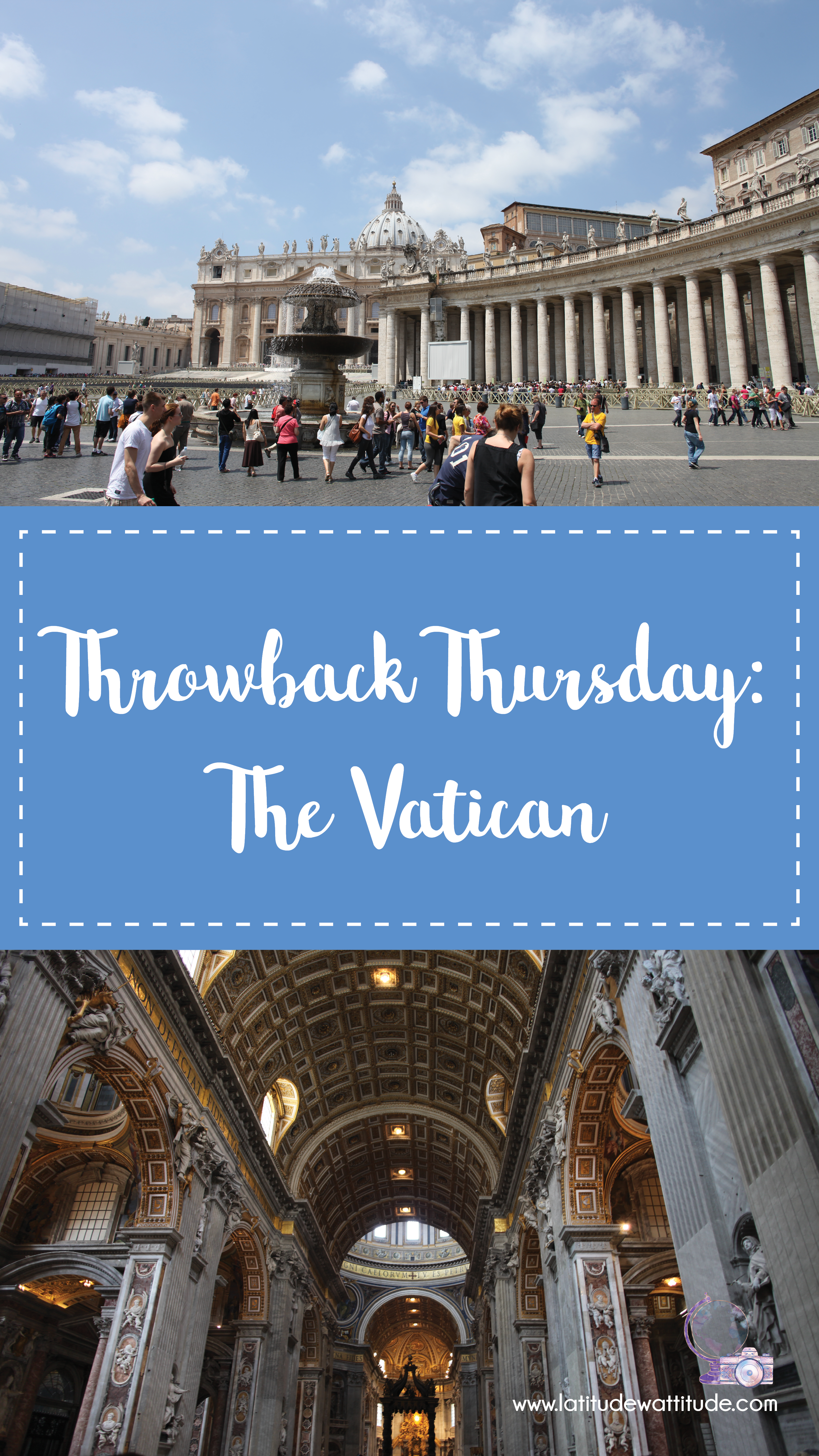 5 thoughts on “Throwback Thursday: The Vatican”