This was a trip that’s been in the works for about seven years. Ever since we saw the Monaco practice back in 2012, I knew it was only a matter of time before we finally made it to a full race weekend. It just so happens that 1) we live in a country next door to a race, and 2) Sean and I both turn 30 this year and decided we deserve our own birthday trips. Perfect timing to finally go to a Formula 1 Grand Prix. 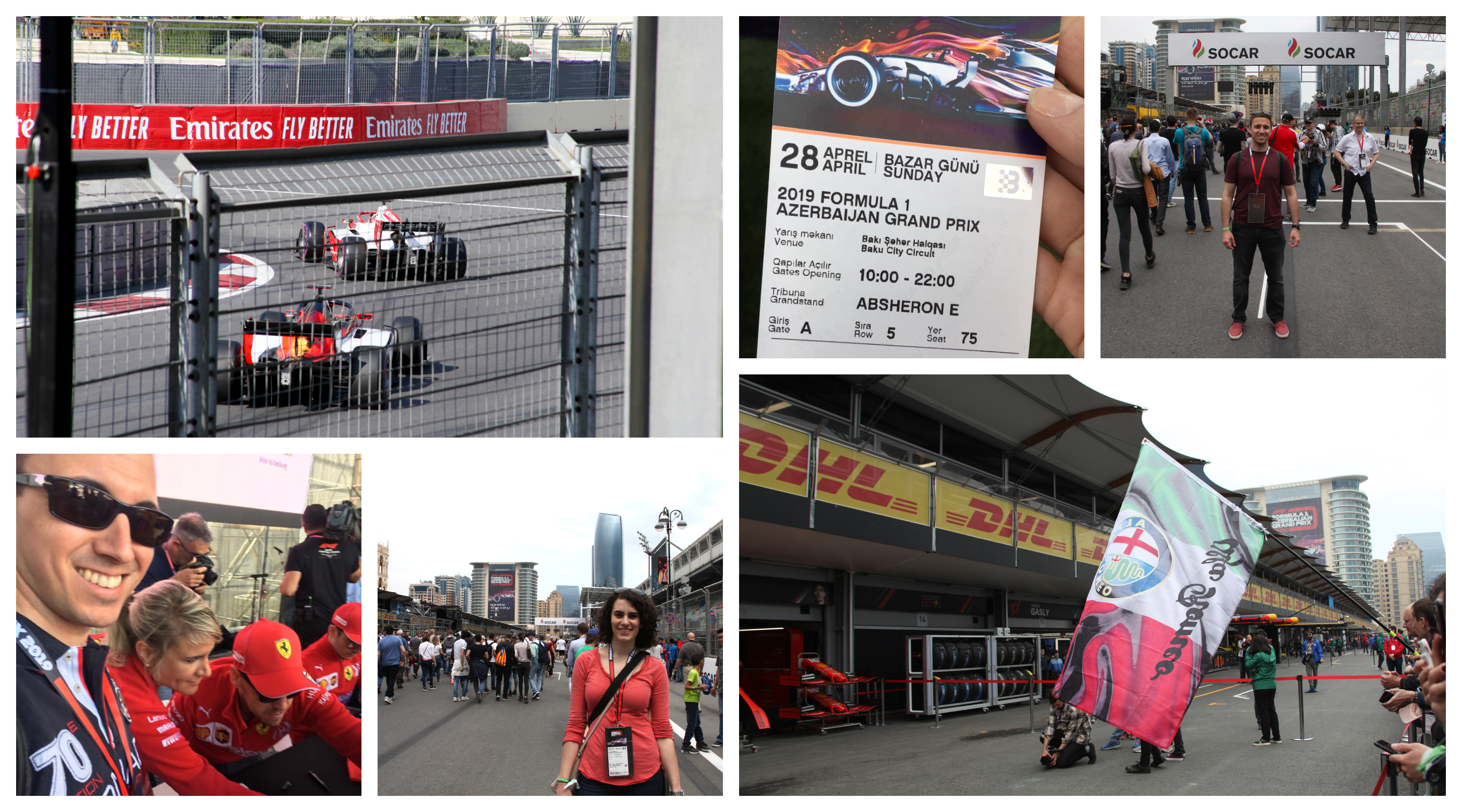 For Sean, Formula 1 is one of his earliest memories. We talked about it a lot over the four days at the track, and he remembers waking up at 6:00 a.m. with his dad to watch the races live on TV. He’s been a Ferrari fan his whole life, following Michael Schumacher, Fernando Alonso, Kimi Raikkonen, and now Sebastian Vettel and Charles Leclerc. I think his love for Formula 1 matches – and even surpasses – football (especially when we are overseas).

For me, half the fun of watching these races is seeing how much Sean loves this sport, but I do feel like over the years I’ve evolved into a full-blown fan myself. I can attribute some of that to Sean and his family, but I also really enjoyed the Drive to Survive series on Netflix which follows eight of the 10 teams through the 2018 season. I really recommend it to anyone who wants a more rounded view of this crazy sport, even if you aren’t all about the actual racing. Plus it introduced us to Guenther Steiner, the team principal of Haas, the only Ameican team, who is one of my favorite characters in Formula 1.

I tried very hard to pick a team to support independent of my boyfriend, now husband. I first became aware of this sport during the Red Bull years – which confused me, why is there an energy drink in racing? – but started actually paying attention as Mercedes assumed dominance. It seems logical that I would choose to ally with the team on top as I began to immerse myself in this sport, but I can’t deny the infectious passion of the Ferrari fans. Plus it’s fun to deck myself in red, lipstick and all, and cheer with my husband. I suppose resistance was always futile. 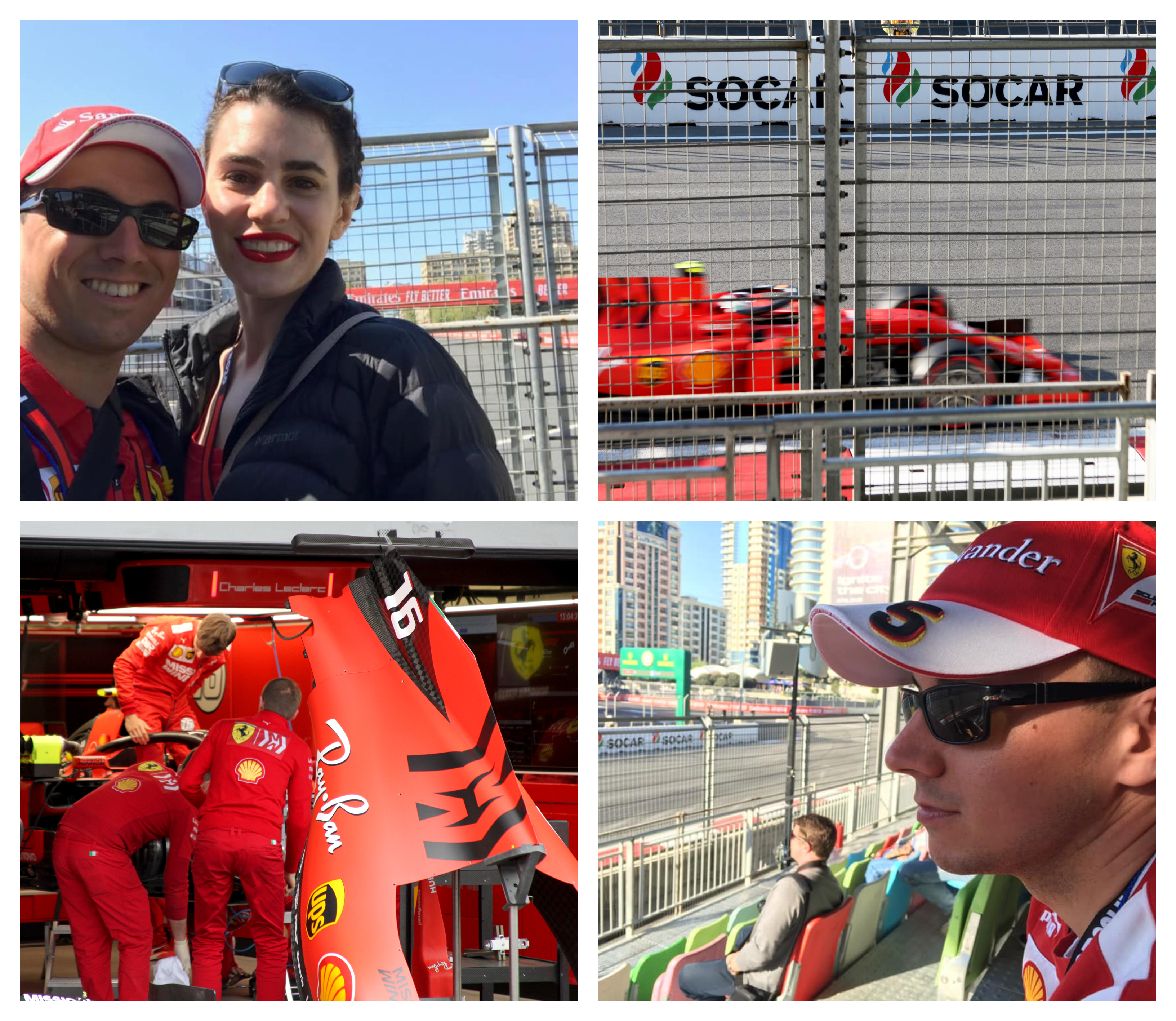 A Grand Prix weekend lasts four days (or at least this one did). On Thursday we were able to participate in the pit walk and get an up-close look at the mechanics working on the cars. On Friday the Formula 1 drivers do two practice sessions, and the Formula 2 drivers have qualifying. Saturday is the Formula 2 first race, and Formula 1 third practice and qualifiying sessions. Then Sunday we finally have the Formula 2 second race, driver’s parade, and the Azerbaijan Grand Prix.

Aside from all the driving events, there were a lot of side activities. We went to the Ferrari autograph session which was crazy and hectic but so worth it for the picture of Sean and Charles (below). They had also blocked off a large section of the adjacent park for a “chill-out zone” with large bean bag chairs, drinks, and food. There was also a, um, “beautification station” because we live in the age of Instagram and influencers and of course you need your hair/nails/makeup done for a race??? I guess??? I did use this service, more as a joke than anything, though it was nice to get my hair off my neck in the hot Azeri sun. 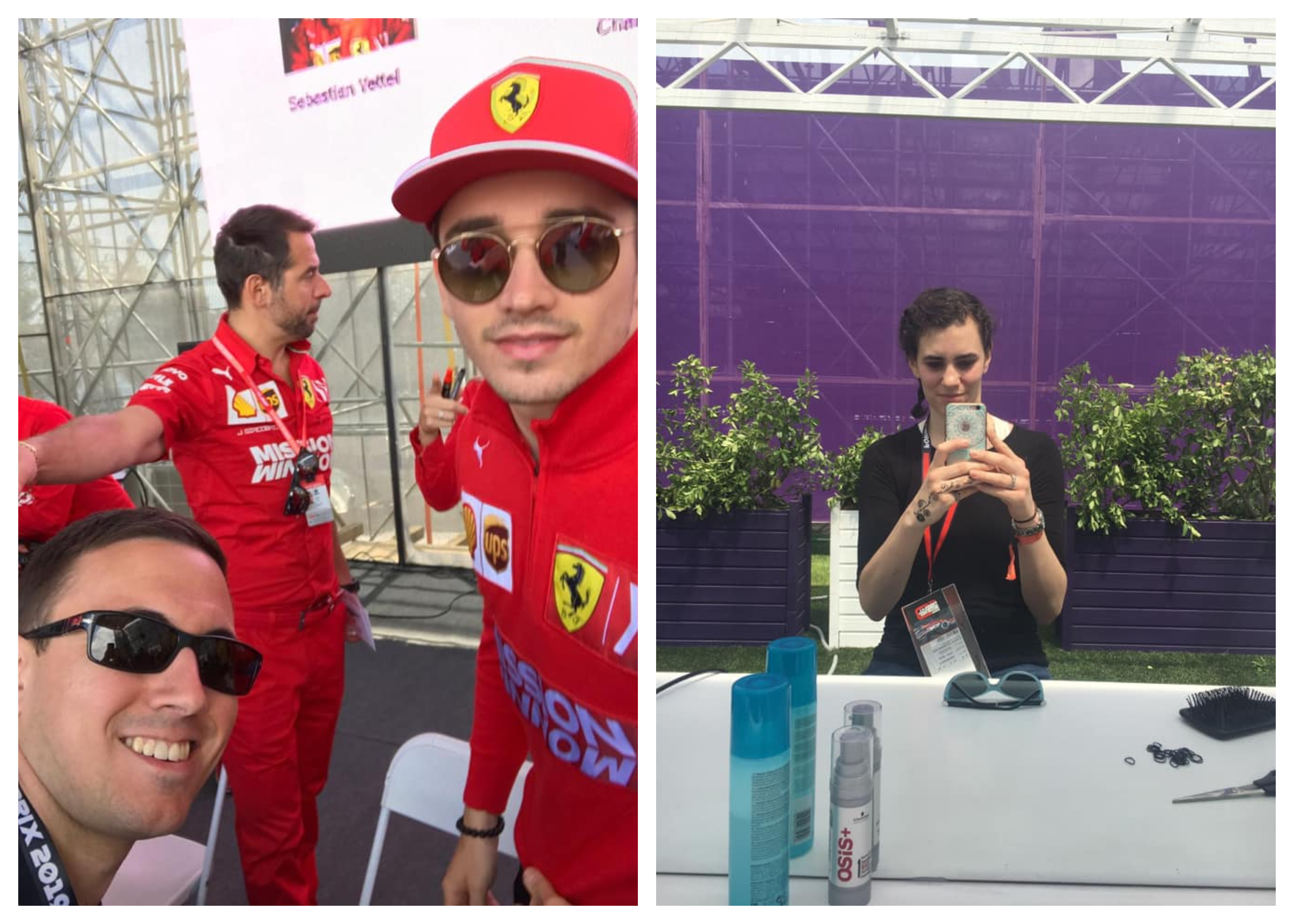 The Azerbaijan Grand Prix has only existed since 2016. It is six kilometers, counter-clockwise, and features long straights, narrow passages, and very technical sections. In 2017 and 2018, the races were some of the most exciting of the entire season with collisions, safety cars, teammate drama, and loose manhole covers. Sean and I deliberately picked seats along the front straight leading into turn one where historically a vast majority of drama occurred. This year, it seemed everyone was determined to run a careful race. The only major drama happened during practice when a Williams driver ran over another loose manhole (don’t you guys know the primary rule of overseas life? DON’T STEP ON MANHOLE COVERS), and Charles Leclerc crashed into the wall near the Old City. The race itself was rather uneventful and ended with Mercedes taking 1-2, and Vettel finishing third. 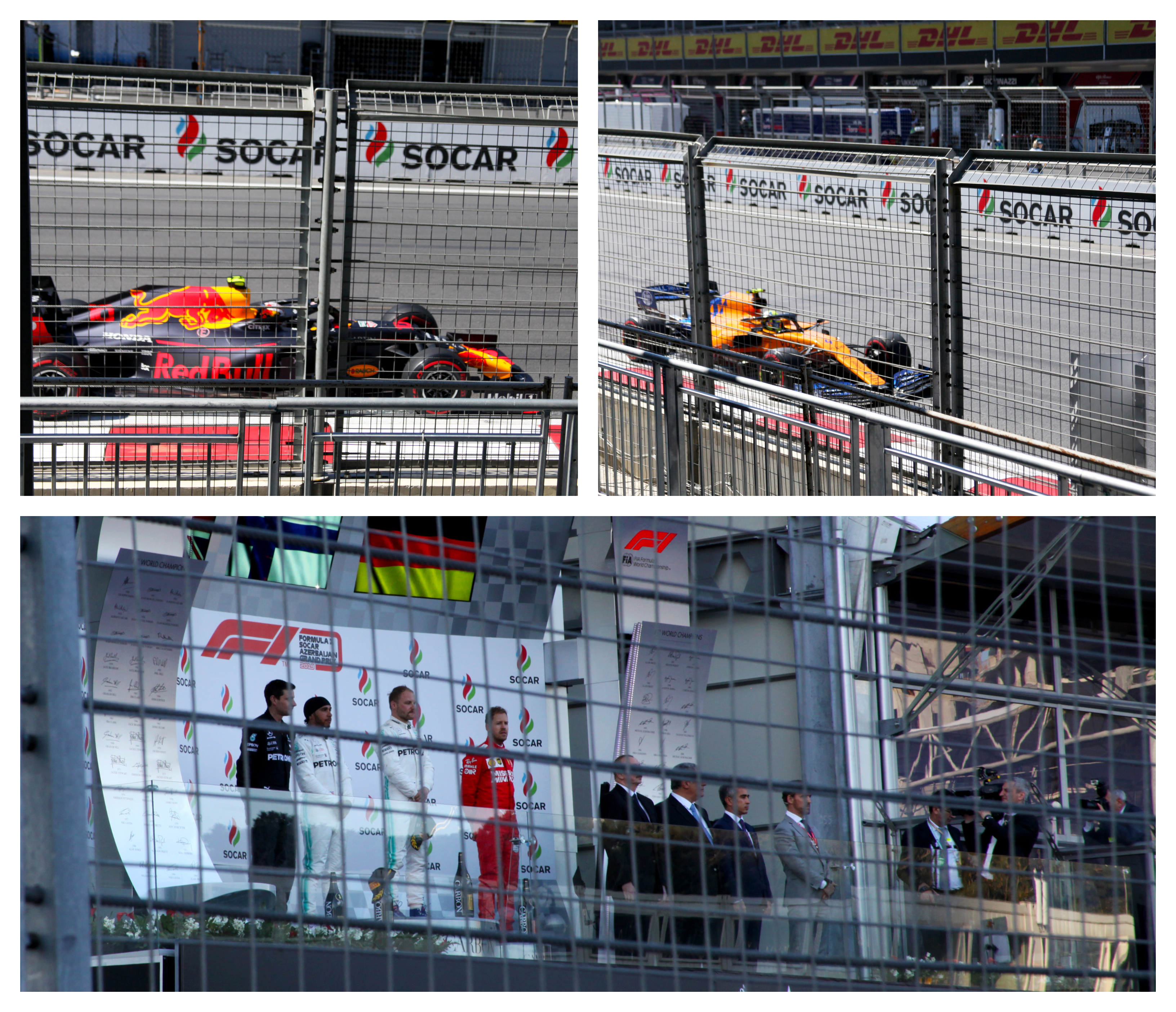 So, of course, now that we’ve attended one race, the itch is definitely there to attend more and more. Sean has already begun researching which other tracks are close to Georiga and if we will be home for the one in Austin and how expensive are flights to this or that city and “don’t you want to go to Singapore for your birthday trip?”

For now, hopefully, he will be satisfied watching from afar, but I do hope it’s less than seven years before we attend another Formula 1 event. 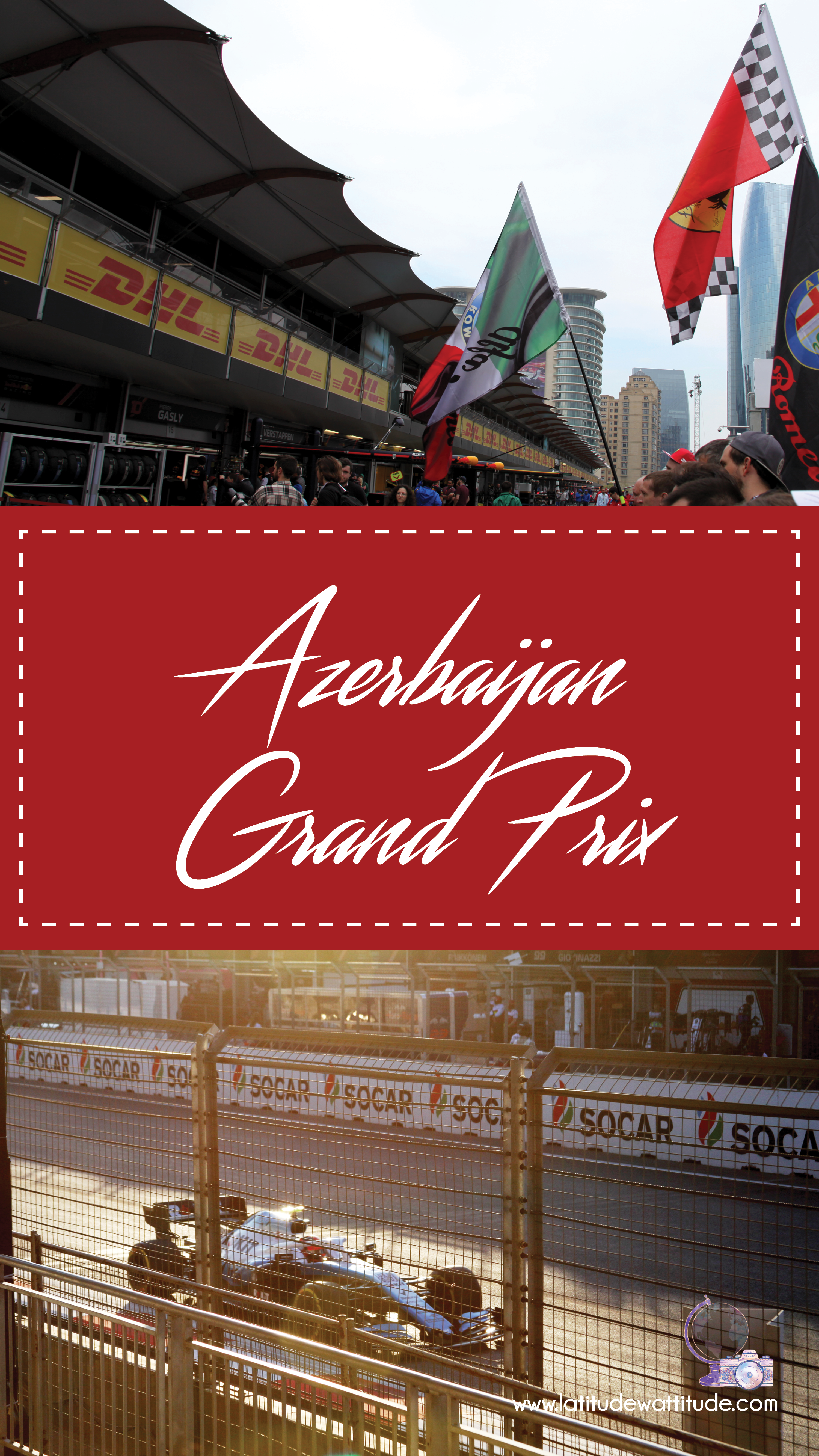 One thought on “Azerbaijan Grand Prix”