Today is the first day in the history of me working my Annual Meeting that I didn’t have a late night. I’m celebrating by writing this blog about the time I left for the meeting a week early and Sean and I went on our “Dushanbe Moon” trip to Orlando to act like children before we had to do the most adult thing we had ever done: move to a foreign country. 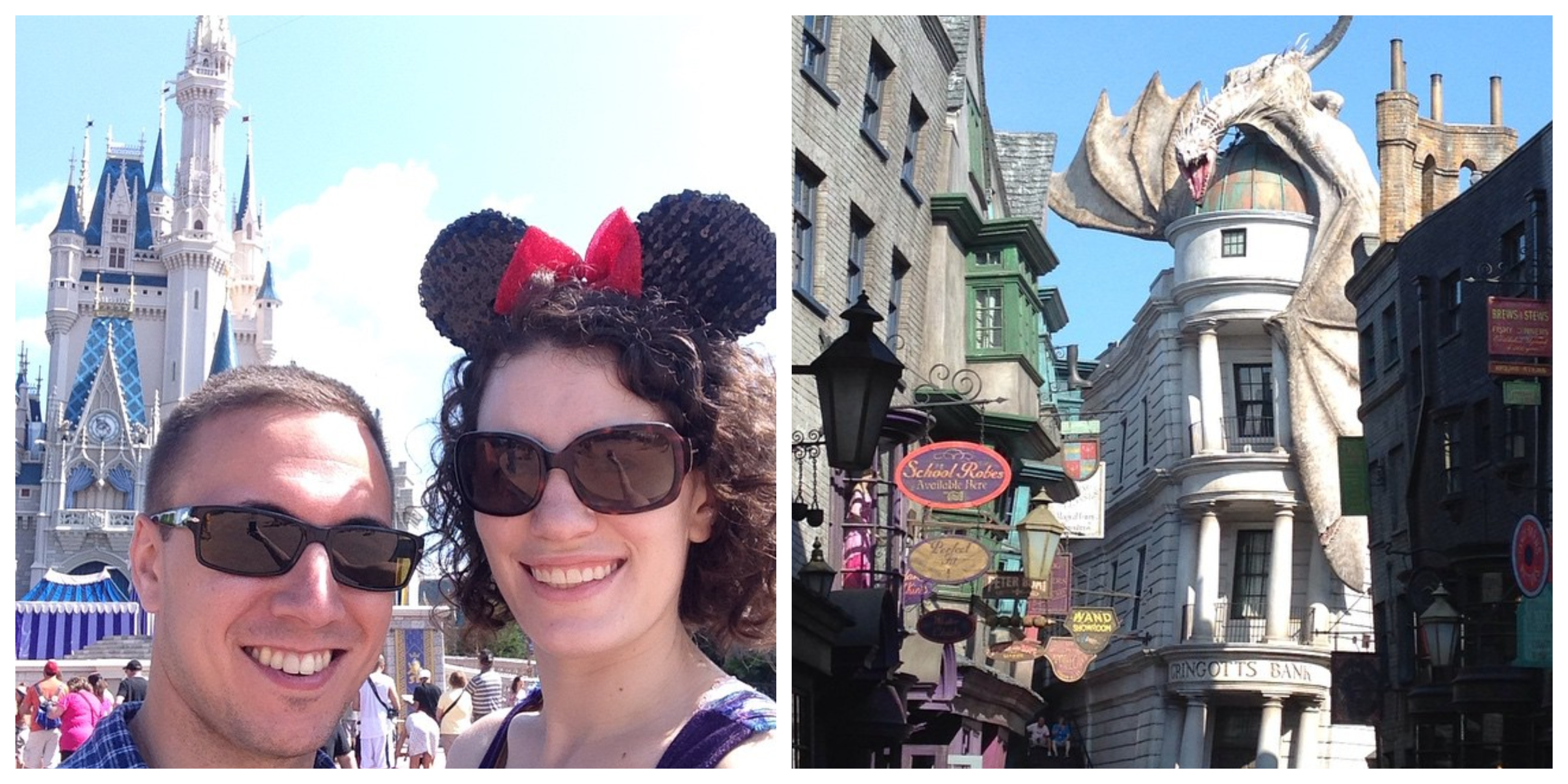 I had been to Orlando twice before, once at six and once at 18. Sean hadn’t been since he was little. We felt only a tiny bit silly going to Disney World as adults with no kids. Why shouldn’t the happiest place on earth be fun for children of all ages? That irrational feeling dissipated reasonably quickly.

If you’re able, I highly recommend a trip to Disney World as an adult without kids. It’s fun to experience the world they’ve created without the stress of trying to please your children. I’m sure if Sean and I ever get around to having kids, we will go again, but I’ll always fondly remember this trip back in 2015. We got to release our inner child and boy did we ever. I dragged Sean on just about every ride including The Many Adventures of Winnie the Pooh (twice) and Buzz Lightyear’s Space Ranger Spin which Sean enjoyed since you got to shoot aliens for the duration.

One of the highlights of this trip was dining in the Be Our Guest restaurant in the Magic Kingdom. We enjoyed a tasty meal complete with “the gray stuff” as dessert. The Beast is actually the only character we met this trip since it’s customary to thank the host for a delicious dinner.

I also learned why Epcot is the favorite park for adults: there’s alcohol. We did the wine tasting in Italy, Germany, and France, sampled sake in Japan, and snuck in a margarita in Mexico just before they closed up for the evening. We had a happily-tipsy walk back to the bus after watching the spectacular fireworks show. It’s truly a magical place. 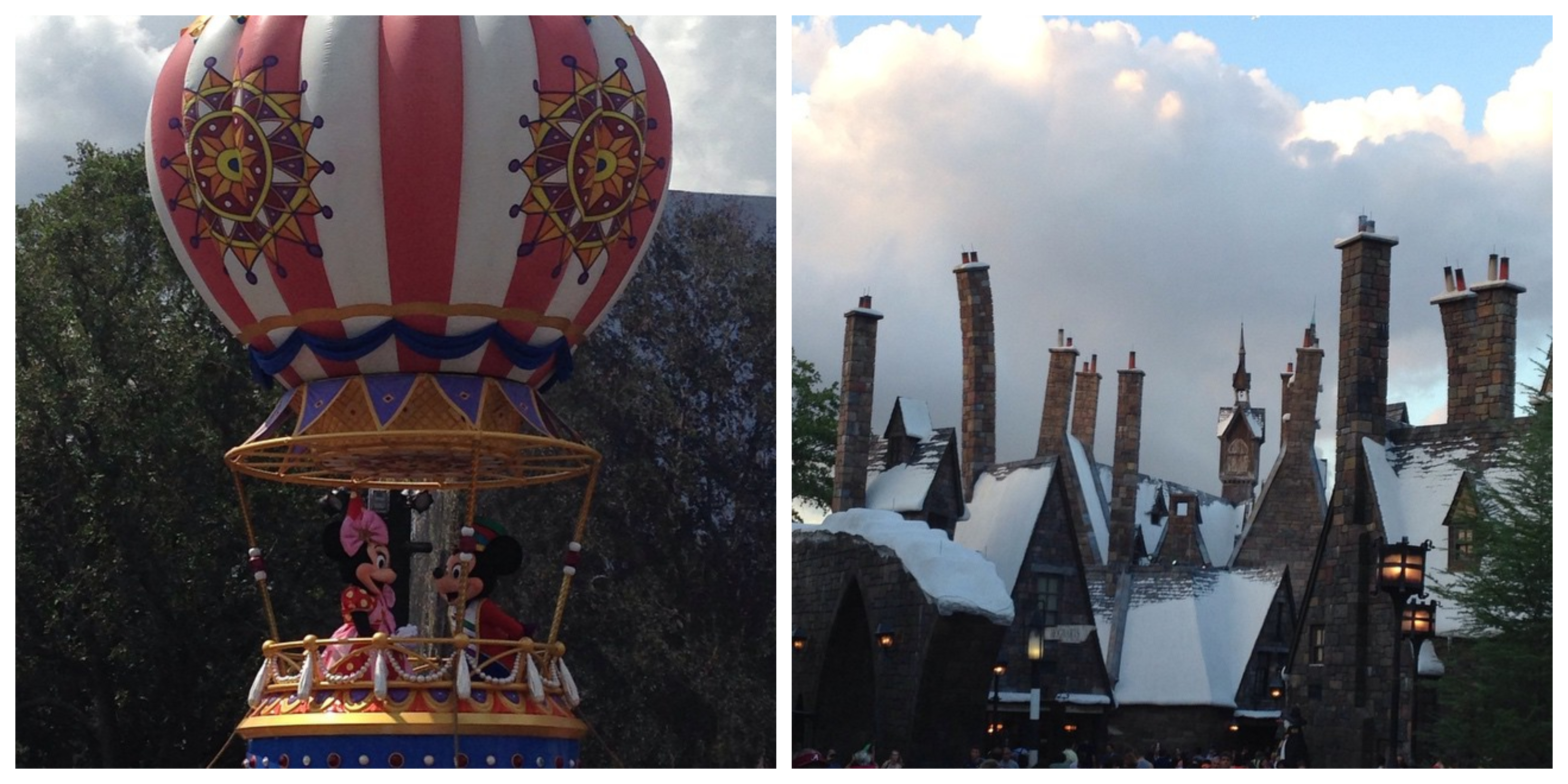 This trip was also my first-ever visit to Universal Studios. We went for one reason and one reason only: Harry Potter World. I’m very grateful we had a two-day pass here since the first day I pretty much ran around frantically trying to see it all without really enjoying myself. The second day I managed to stop hyperventilating long enough to look around and take it in. We bought wands from Ollivander’s of course and had fun exploring the interactive parts of the wizarding world. Sean ordered approximately 100 butterbeers, and I got motion sick on Escape from Gringotts but wasn’t at all put-off.

I also enjoyed Universal Studios for the more adult ride offerings. Disney is fun, but for thrill seekers, you can’t beat rides like The Incredible Hulk and the Hollywood Rip Ride Rockit.

I’m nearly 30 and still somewhat enjoy roller coasters, weird as that may be. 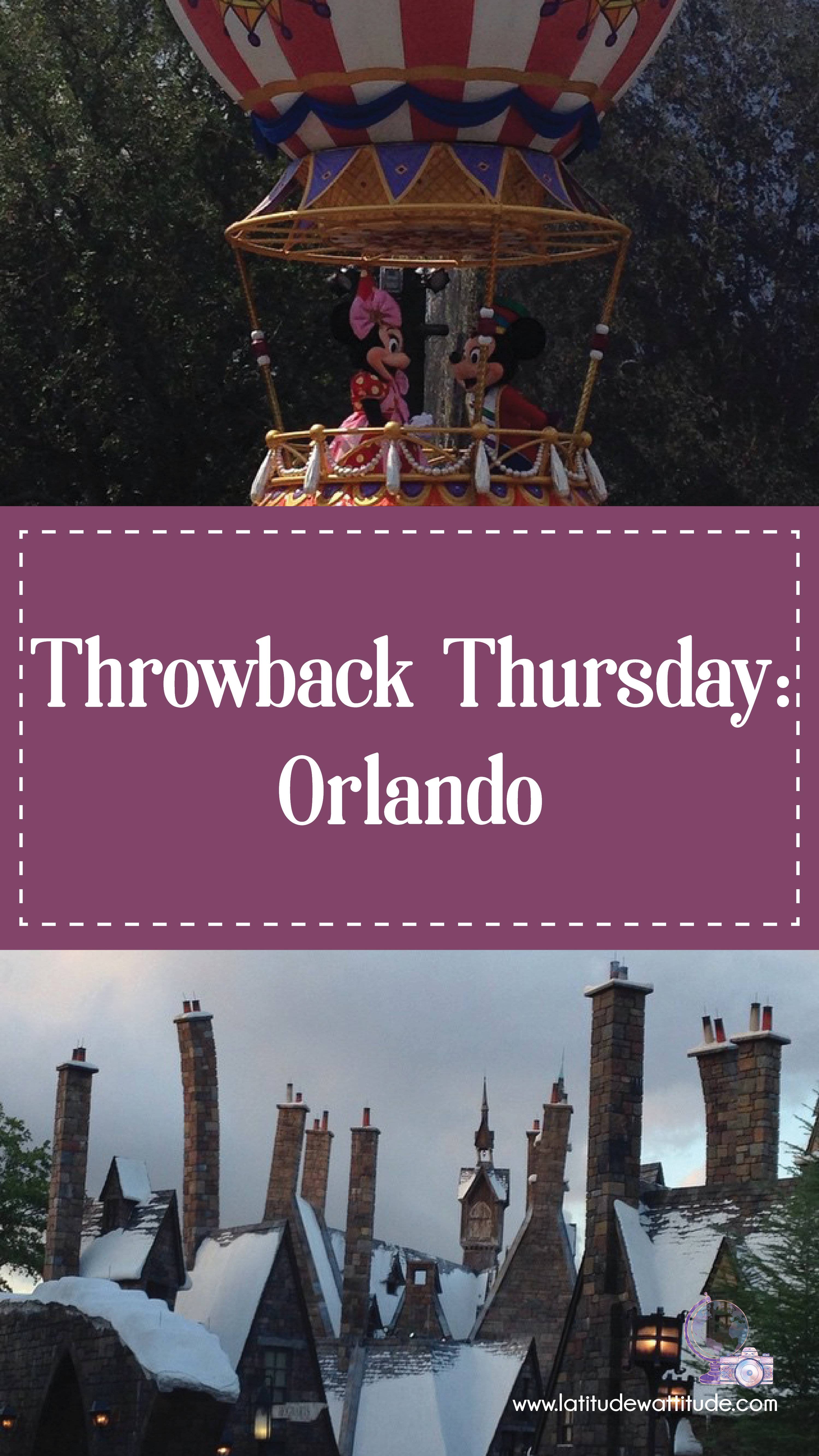