I’m back! I took last week off – sort of intentionally, sort of unintentionally – because I spent the previous two weeks in Denver for my Annual Meeting and then a besties reunion. I did manage to blog a bit while I was working at the conference, but when my friends were in town I let this thing fall by the wayside. Living in the moment, people!

Now, since this seems to be devolving into “the 476 ways Kristen can talk about food” blog, I thought it would be kind of fun to take a hard look at what exactly I chose to consume for my two weeks in the states. I tried to take a photo of every meal, coffee, and otherwise while in America to get a picture of what exactly I’m missing out here in Tbilisi. I will say, I didn’t do any breakfast stuff since it was either hotel food, granola bars, or something I cooked myself in our Air B&B.

Anyway, away we go.

The first category is coffee. I think I drank some sort of caffeinated beverage from either Starbucks or Peet’s every single day. Mostly cold brew, sometimes a dirty chai latte (it’s a chai latte with a shot or two of espresso – try it). I think my favorite drink of the two weeks was a Peet’s cold brew fog latte (don’t ask me what that means) with almond milk (cuz I’m that extra AF bitch). It’s so yummy it should not be allowed.

Next up is none other than poke bowls. While wandering around 16th Street on my first night in Denver, I saw several advertisements for these yummy culinary treats, and also overheard a younger twenty-something male turn to his friend and say “hey, remember poke bowls?!” I was shocked. I’m often out of touch on what’s cool in America, but when did poke bowls go out of style?! Excuse me? Luckily I’ve never cared about being cool, so I ordered at least two during my conference. 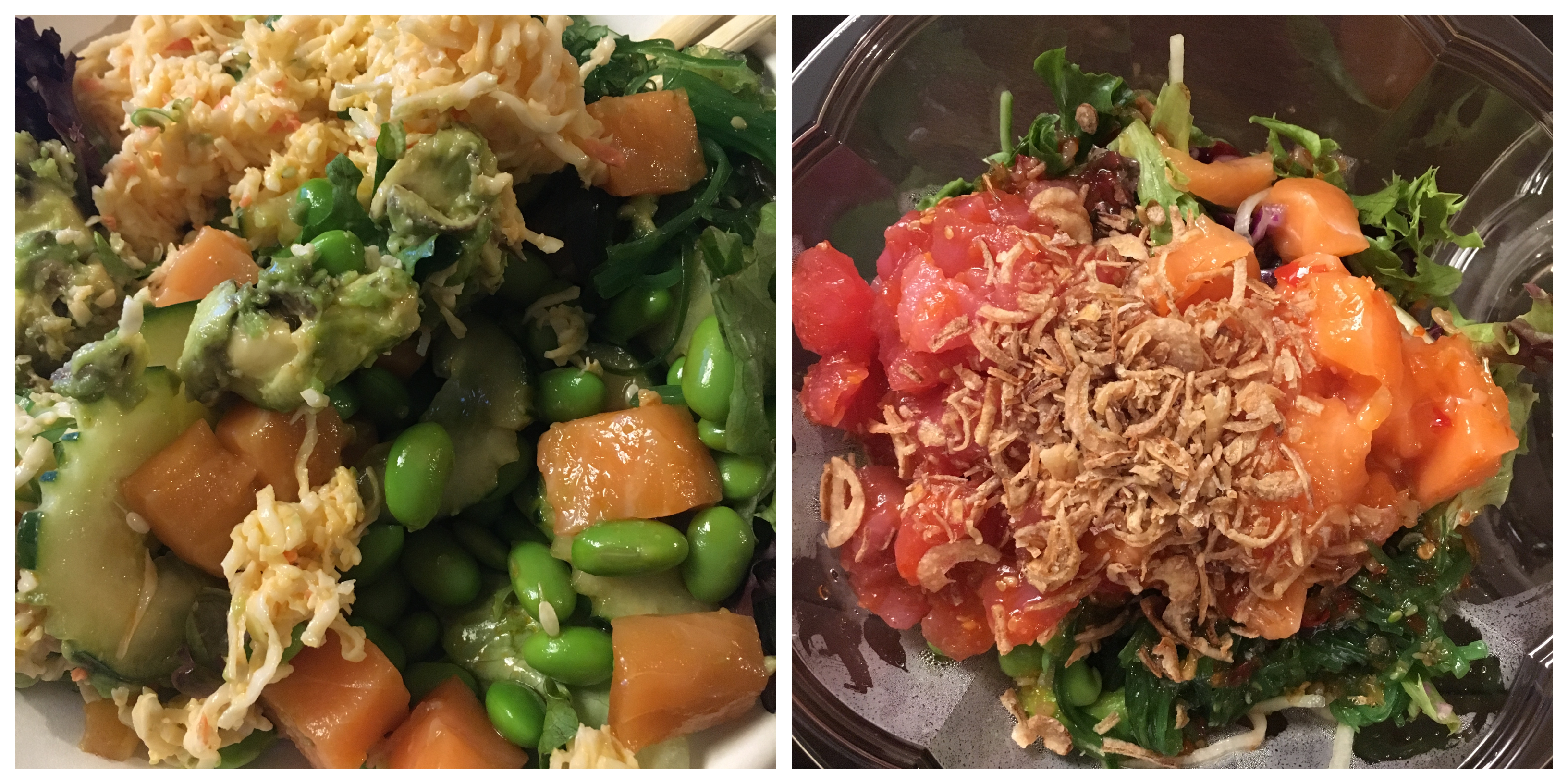 From one bowl to another, I bring you salads. I miss salads. Yes, I can get lettuce in Tbilisi, but I still miss those big salads you can get from restaurants – a la Elaine from Seinfeld. I found this cafe on 16th that let me order ahead, so for two days in a row, I ordered one of their protein-packed bowls of goodness with spinach, kale, tofu, and delicious dressing. I also tried an Asian wonton salad from The Corner Bakery, and it was equally delicious. 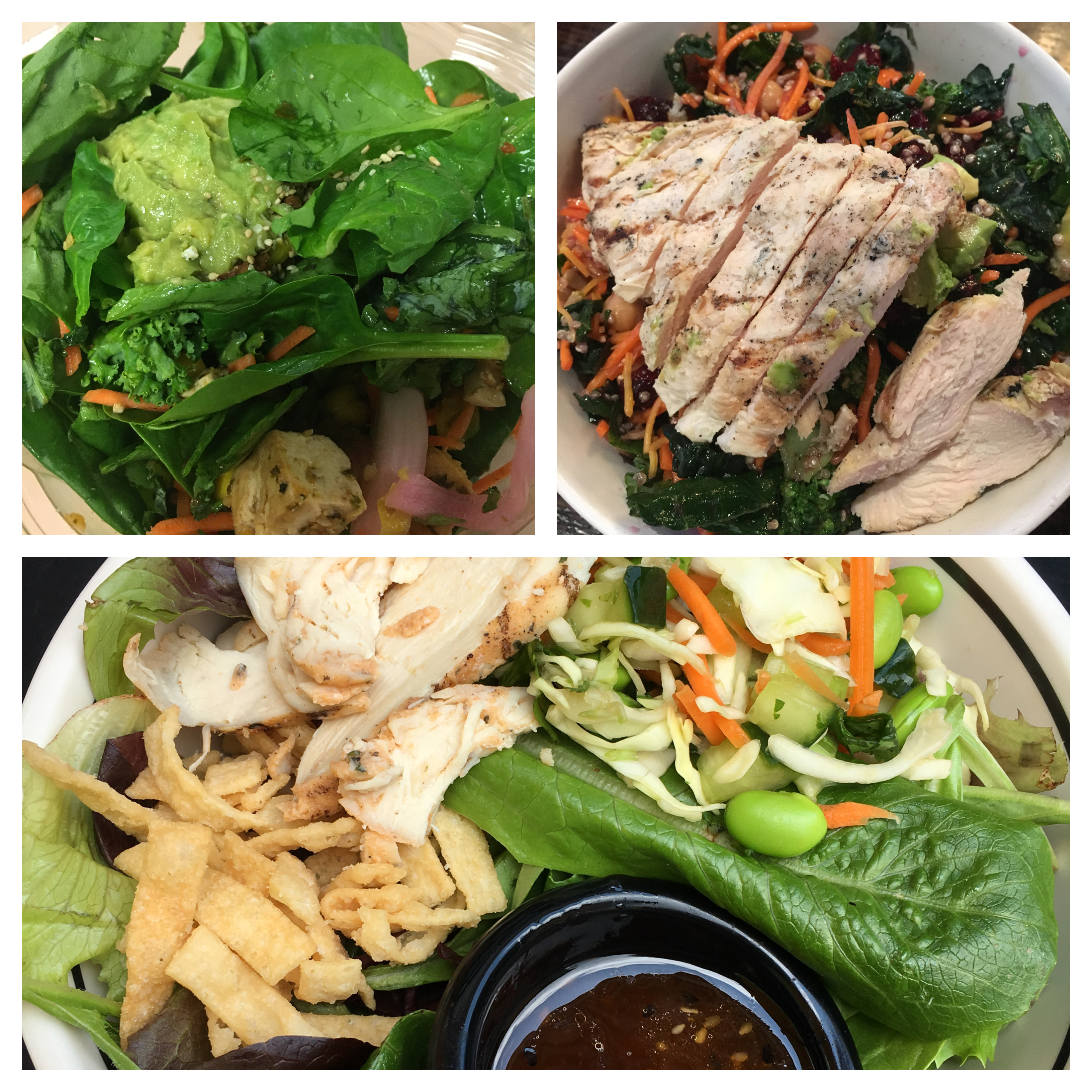 Another thing I miss out here is Mexican food. I’ve noticed when you ask American expats “what’s the restaurant scene like in XX city?” if there’s a good Mexican place, it will get a mention early in their explanation. When asked about Dushanbe, I always say “…and actually there’s a decent Mexican restaurant called Salsa, and we would go there all the time!” Tbilisi has one taco place, but not everything on the menu is a smash hit, and I don’t always want tacos when I’m out for something south of the border. That being said, I did order tacos the first two times I was out for Mexican (fish tacos are my weakness), but the third, I got some habanero shrimp enchiladas that woke up my taste buds in a way I haven’t experienced in years. 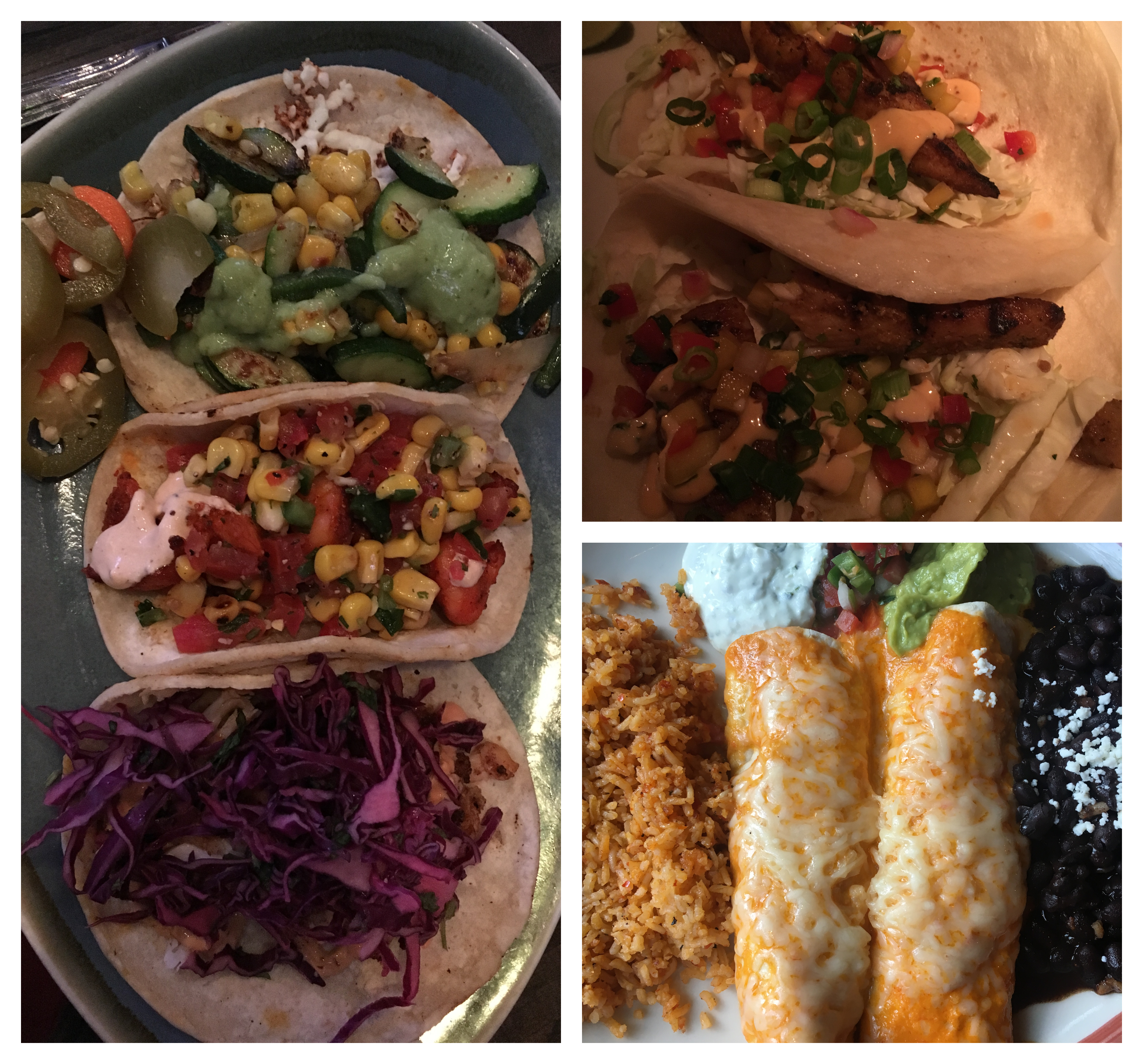 Then there’s the pure indulgence category. Yes, I got ice cream, and doughnuts and truffles and pizza and pasta and a giant (classy) punch bowl. And I’m pretty sure I at an entire sleeve of Oreos and a full bag of popcorn myself. 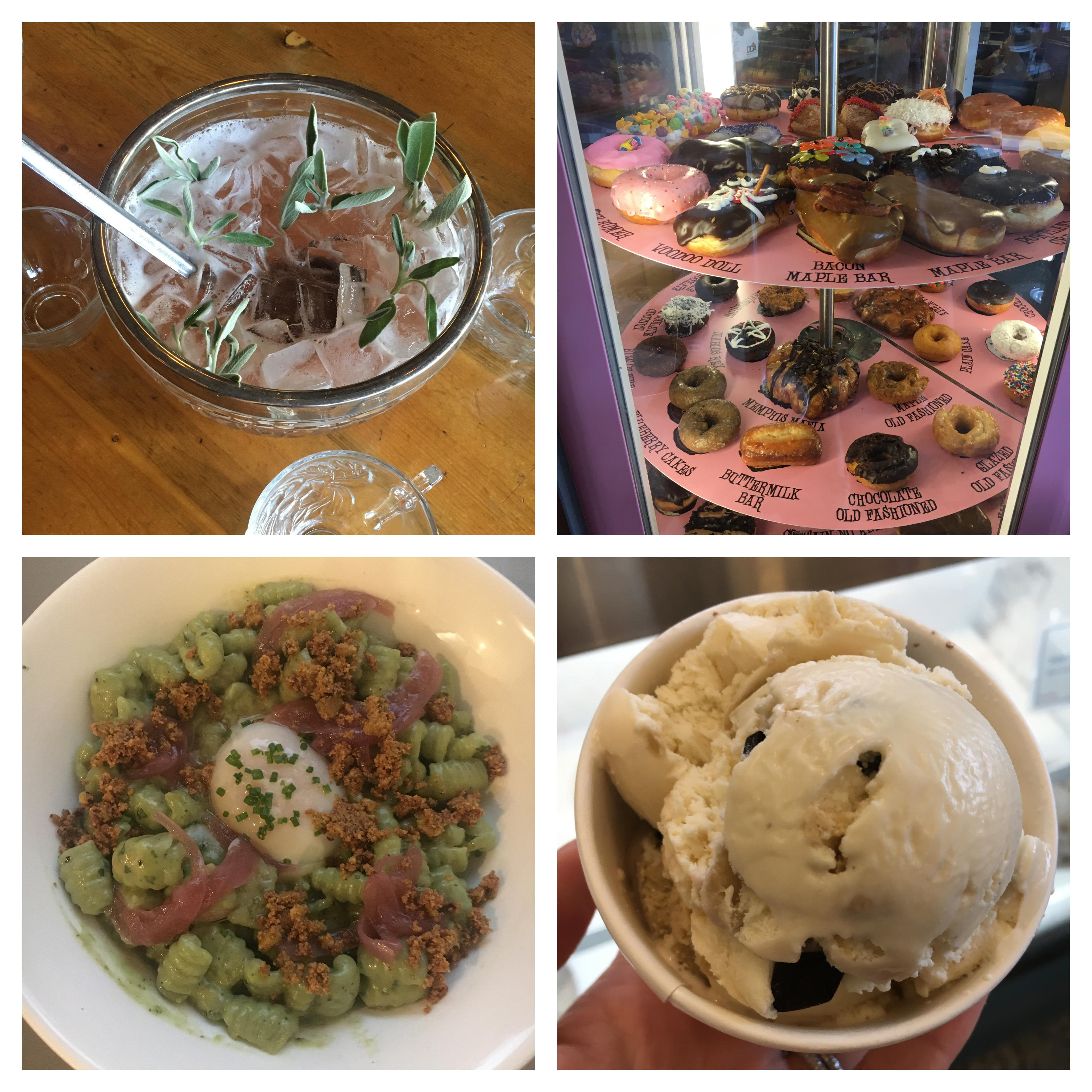 Perhaps during our longer stay in America in August, I’ll branch out a bit, but I doubt it. I’m a simple girl who likes complicated cold brew coffee, fancy salads, and food to come in bowl form. Is that too much to ask? 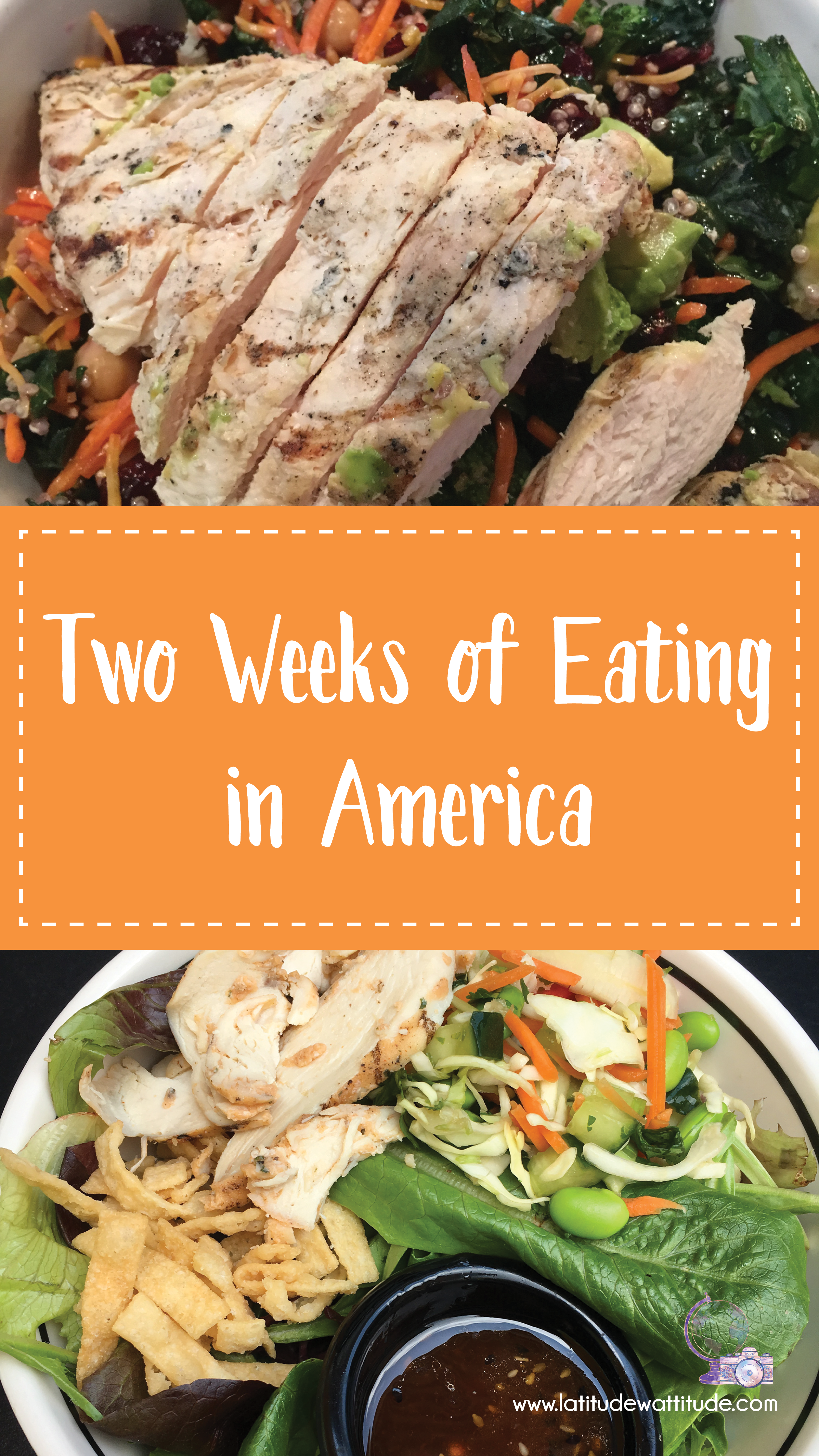