Well. Here we are. Sadly this will be my last Throwback Thursday post on this blog. I, unfortunately, don’t have unlimited past trips to talk about. Of course, there are trips from my childhood, but let’s be honest: my memory isn’t spectacular, so I’m ending it here, with Costa Rica from 2018.

In the spring of 2018, I posted my Vacation Deficit Disorder blog, where I talked about how traveling away from the everyday stressors of my regular life is my happy place. It’s my place to stop worrying about the mountains of dog hair and endless work tasks and just spend time with Sean. In the spring of 2018 is had been over a year since we genuinely went on vacation, and the cycle was finally broken with a last-minute trip to Costa Rica. 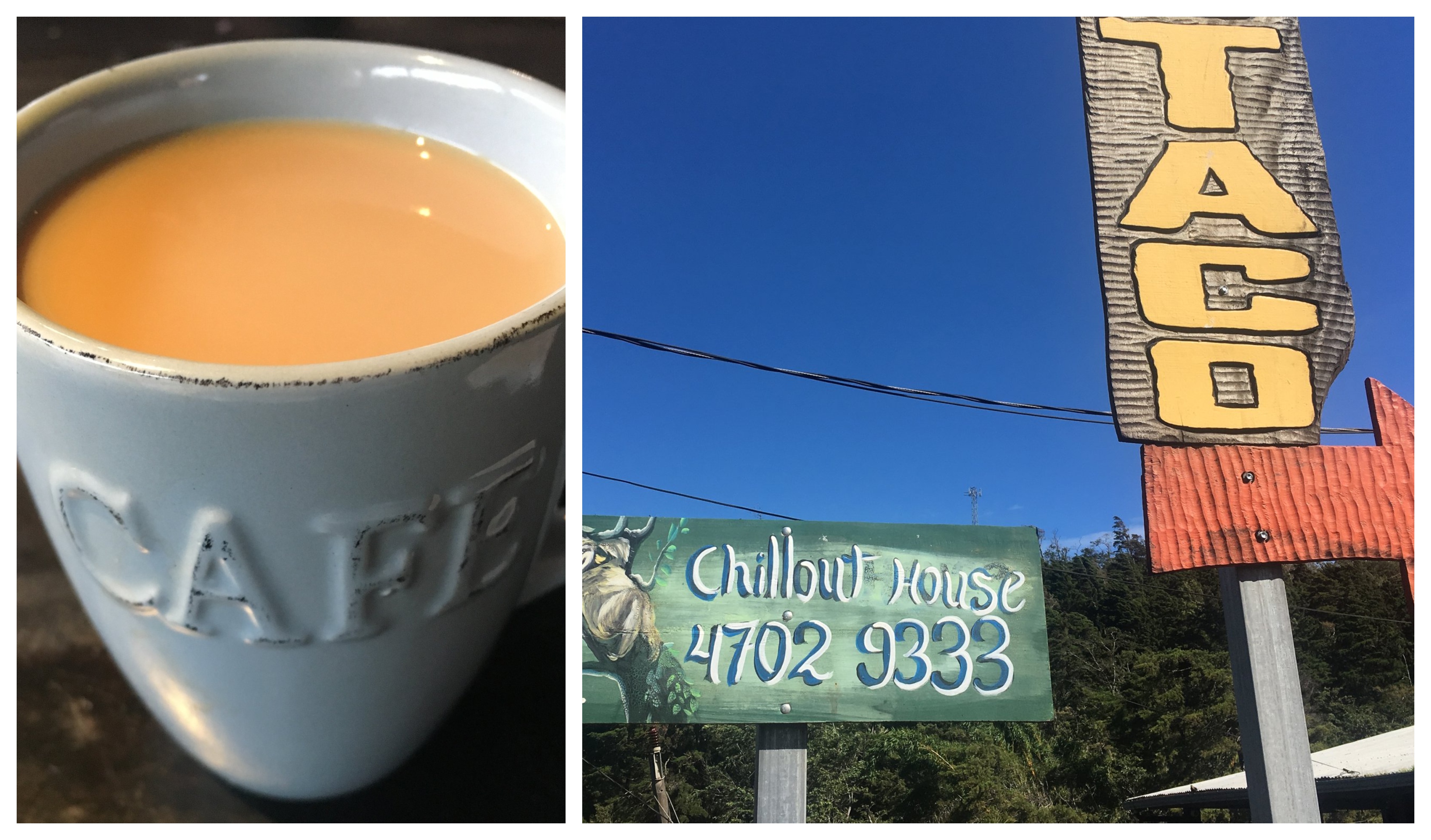 This was my second time in Costa Rica and Sean’s first. We went in the middle of June, which is traditionally their rainy season, so I was a little worried some of the magic would be dampened (pun not intended) by the rain. Thankfully, I was wrong.

We flew into Liberia and immediately rented a car to drive to the Monteverde Cloud Forest. Driving in Costa Rica was about what I expected: mostly okay, some rough roads, but overall relatively easy. We stayed in a little hotel that first night to get up and enjoy the mystical hiking the Cloud Forest offers the next morning. Before heading off to bed; however, we signed up for a night nature walk through the rainforest in hopes to spy some nocturnal animals. Our guides were excellent, and we saw some tree frogs, sloths, snakes, spiders, and plenty of insects.

Our hike through the Cloud Forest the next day was many things: wet, magical, tiring, and time-consuming since we took two cameras and proceeded to document literally everything. From what I understand, there are two optimal times to visit the Cloud Forest: when it’s brilliantly bright and sunny, and when it’s gloomy and cloudy. We were there on a rainy day, so we got the misty, glossy, other-worldly experience. If you visit on a clear day, there’s a point on the hike where you can see both the Atlantic and Pacific Oceans. Obviously, we are already planning a return trip. 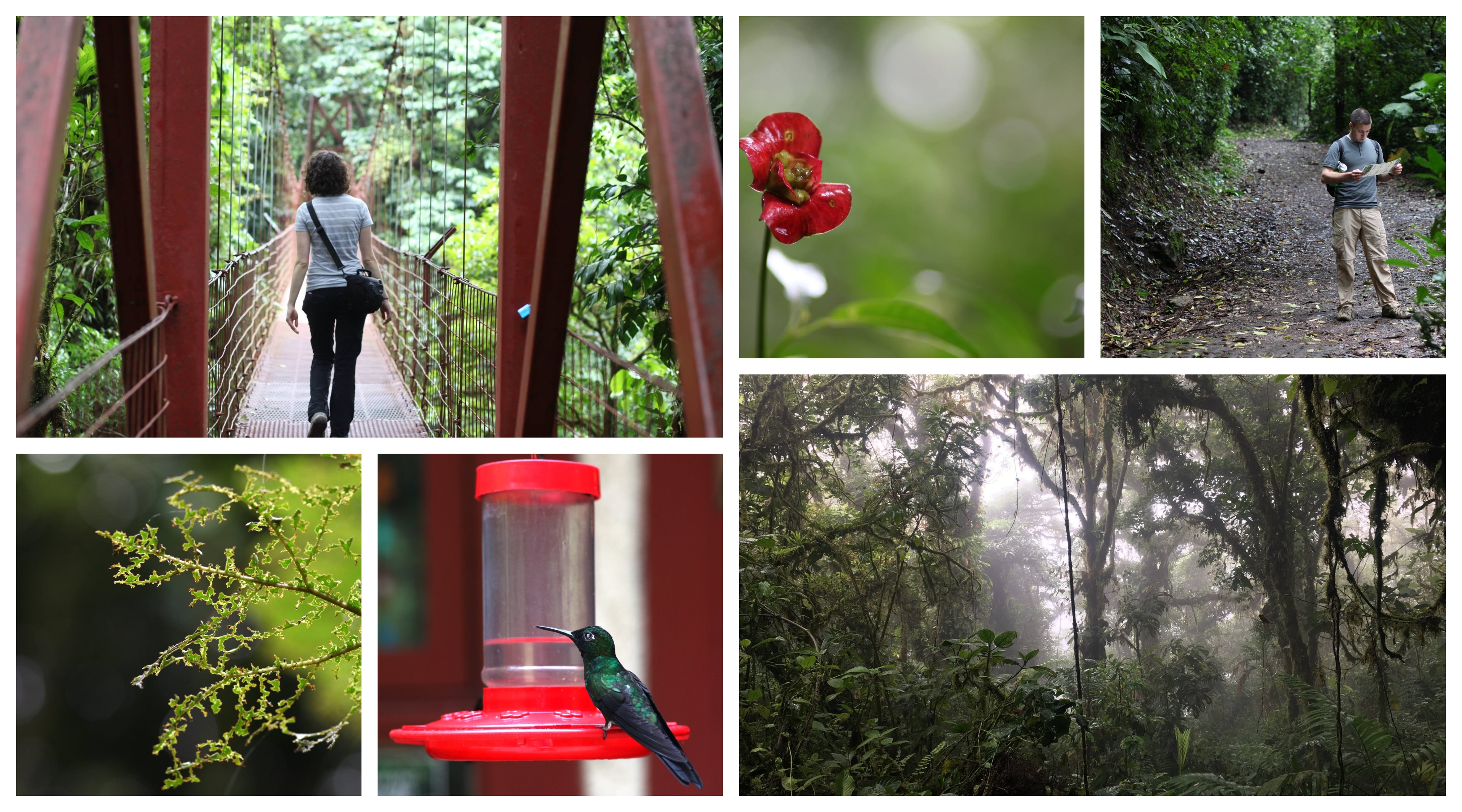 After lunch, we drove back toward the Pacific side of the country towards the Gulf of Papagayo, where we stayed for the remainder of our time. Sean had booked us a room at the spectacular El Mangroove Hotel, which is part of the Marriott Autograph Collection. Finally, all those weeks of TDY-separation paid off. Though I’m all about staying at boutique hotels, I’m not going to say no to a free room at this swanky place. There was a hammock IN our hotel room for goodness sake.

Now, I’ve said before, when we travel there’s always some major hiccup or disaster that happens. Here’s the one for this trip. There aren’t many roads in Costa Rica. It’s a small country, I’m not surprised. Instead of taking the direct highway back toward the airport and continuing on to the Gulf, Sean wanted to stop by a pottery place he read about in Lonely Planet. This would take us on the southern road.

We managed to find a pottery place (I’m not sure if it was THE pottery place) and the artist was so excited we stopped we ended up talking with him for a least an hour. This was extremely frustrating to me – not because the conversation wasn’t interesting, but because Sean, who hasn’t spoken Spanish in 11 years, was understanding more than me. I was frustrated.

After purchasing a hummingbird plate (which is currently sitting on a table in our kitchen here in Tbilisi), we went on our merry way. The sun was setting, which is always alarming in a new foreign country when you don’t know the roads, and you don’t have cell service but whatever. As long as we stay on this road, we’ll make it to the hotel in no time.

Well. That didn’t happen. As we approached an intersection with an east-west road, a barricade of police came into view. I’m not sure what the issue was, but we were not able to go straight and continue north. We ended up taking an hour detour to the Pacific coast before working our way back inland to resume our journey north. At this point, the sky was pitch black. The road we were on was not as well-groomed as the highway, and at one point, I held my breath and willed us forward. It was not a pleasant experience.

Our hotel was a sight for sore eyes when we finally arrived. And what a sight it was. 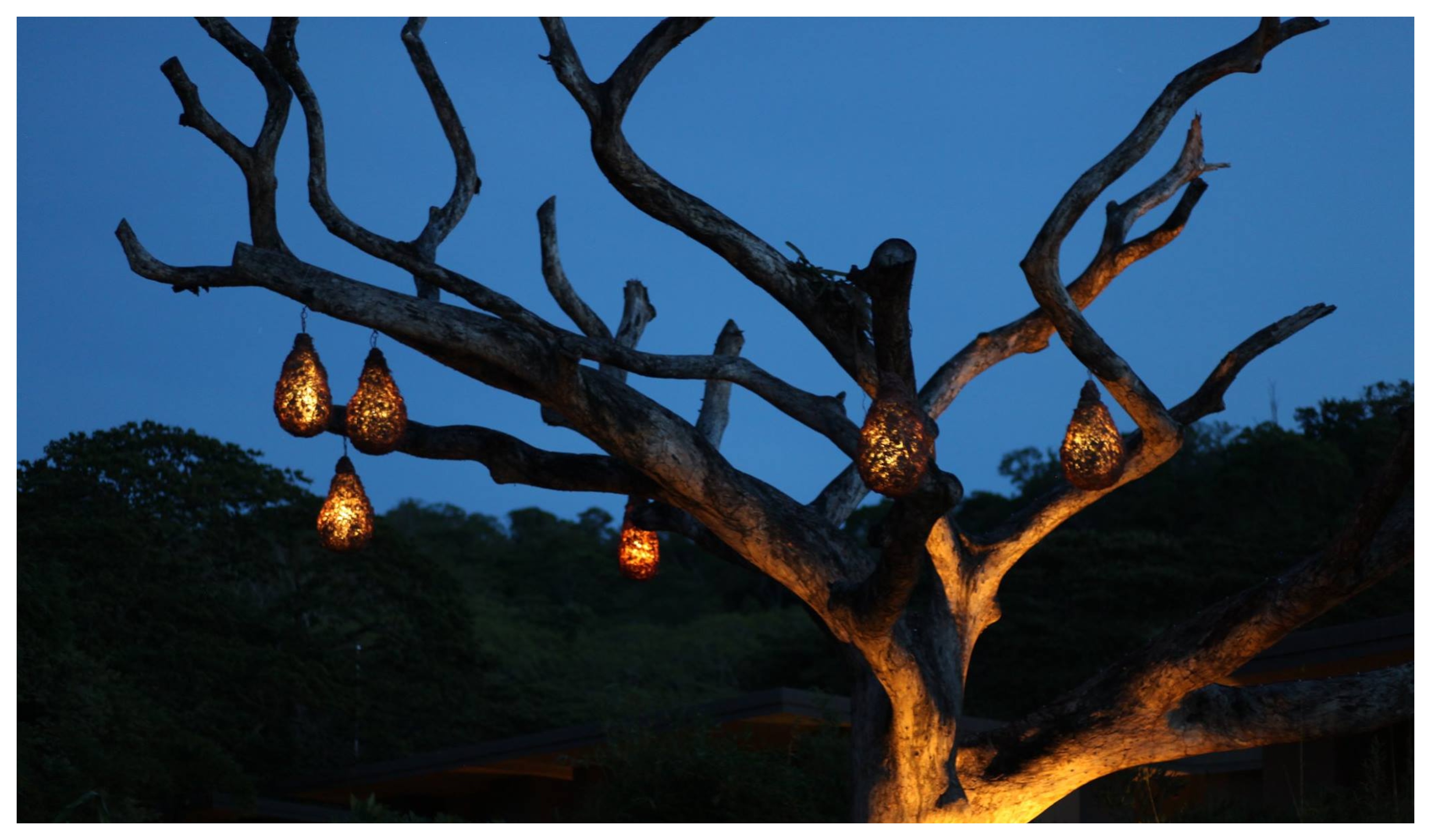 We spent the majority of the next few days relaxing at the hotel. They had a beautiful pool, beach access, and a spa. We got massages, laid out under the sun, and swam in that perfect Costa Rican water. There is another story about going rafting and zip lining in here, but since I ruined the day with a peanut reaction (AGAIN), I’m leaving it out. We did get caught in a few storms, but this didn’t bother either of us. It was fun to enjoy a long delicious lunch on their patio and chase rainbows as they appeared. Those storms also made for stunning sunsets over the bay. I was at peace.

One of the last days we decided to get out and do a waterfall hike through the National Park. The description said it was about 6 kilometers, but relatively easy in terms of terrain.

That’s was a lie.

Sean and I are no strangers to challenging hikes, but when you aren’t expecting to have to climb rock walls and slide down slippery rainforest leaves, it still catches you entirely off guard. We struggled to the first waterfall, and since the sky was threatening rain again turned back for the safety of our car before it got too sketchy.

Whenever we travel, Sean consistently jokes about buying a house/farm/winery in whatever country we happen to be in. Typically, I shoot him down immediately, but in Costa Rica, I say yes. I’d love a chance to own a slice of heaven on that beautiful beach. Perhaps someday.

But for now, as always, Pura Vida, Costa Rica.