I’ve been back in Tbilisi for a little over a week now. I’d like to say I’ve managed to avoid jet lag coming back here, but that’s not an entirely true statement. While I’m not currently experiencing anything like the “riptide,” I wrote about four years ago, I do still feel it pulling at me from time to time. Mostly, I feel it when I attempt to fall asleep. For some reason, I’m just not tired at night, and it’s getting becoming highly annoying. I then sleep through my alarm and completely ruin my morning. I’d like that to stop, please and thank you.

Since this is my second overseas tour where we are 8-11 hours different from the U.S. I’ve developed somewhat of a system to give myself as best a chance as I can to avoid the dreaded jet lag. I’ve had a lot of practice this tour already, and I have one more opportunity to test my theories on myself next month. I wouldn’t necessarily recommend implementing these practices, but I’ve heard lots of conflicting methods about jet lag avoidance, so I figure there’s no harm in adding mine to the mix.

Here’s how it goes.

I do personally think it’s much easier going west than it is coming east. With the way the flights are scheduled out of Tbilisi, it’s just the day that never ends. When we went home last month, we left at 5:00 am on Wednesday, traveled 20+ hours, and laned in Chicago at 3:30 pm. My strategy with these kinds of travel days is to simply stay away as long as you can. It’s technically all one day, so I treat it as such. I may attempt to sleep for a few hours on that first flight, but generally, I don’t allow it.

On that second flight, I keep myself awake at all costs. Whether it be a string of mediocre movies, reading, wandering around, or intentionally making myself uncomfortable, I deploy every technique I can to stay awake. This may sound stupid, but it always helps me in the long run.

Whenever I land in the U.S. after such a crazy trip, I try to stay up as late as possible. I find it’s best to keep moving. When Sean and I arrived at my parents’ house, we quickly showered and then headed out to Target for some essentials. You can’t fall asleep in the middle of a department store, right? (Unless you’re Sean and nearly do precisely that. Thank you Targets that have Starbucks built-in. You’re a godsend.)

Oh, that brings up another point: I will caffeinate as much as needed to stay functional. I usually limit myself to one coffee per day, but when I try to stay up for over 24 hours, all bets are off.

“Yes, give me three grande pumpkin cream cold brews, no, I’m not sharing, they’re all for me, and you know what? make them venti.”

By the time you actually allow yourself to sleep, you completely crash out. That first night back in the U.S., I slept straight through to 8:00 am. Pretty darn good if you ask me.

From here, I usually attempt to go about my normal life. I got up that next morning and decided “hey Kristen, you haven’t attempted running in about three years on account of how much you loathe it, but today’s the day! Never mind that you don’t know what planet you’re on or what time it is, let’s go for a run!”

I did. It was miserable.

Now fast forward five weeks, and I was facing the same predicament – 20ish hours of travel on two flights – but in the opposite direction, west to east. I had yet to figure out the best way to combat this type of jet lag, but at nearly 30, I made a life decision. I caved…and bought a stupid neck pillow.

My attempts to sleep on that first flight were mostly thwarted by the 60-year-old woman behind me. Apparently, whatever game she was playing on the personalized screen required her to frequently stab the back of my head with her finger. I had nearly wholly dozed off when she shook me so violently I awoke thinking the plane was crashing. (I have a slight fear of flying paired with catastrophic thinking. My head’s a fun place.)

Normally that lack of sleep would have entirely ruined any hope of avoiding jet lag on a journey east, but it seems I have unlocked the secret.

At all costs, schedule your arrival at your destination for some time other than 4:00 am. In all the long-haul flights I’ve done, this is the first time I made it home at a reasonable time. Now I will go way out of my way to hit that twice-a-week early flight.

If scheduling a “normal hours” flight is not possible, I’m afraid I can’t help you. Best of luck, fellow flyers. 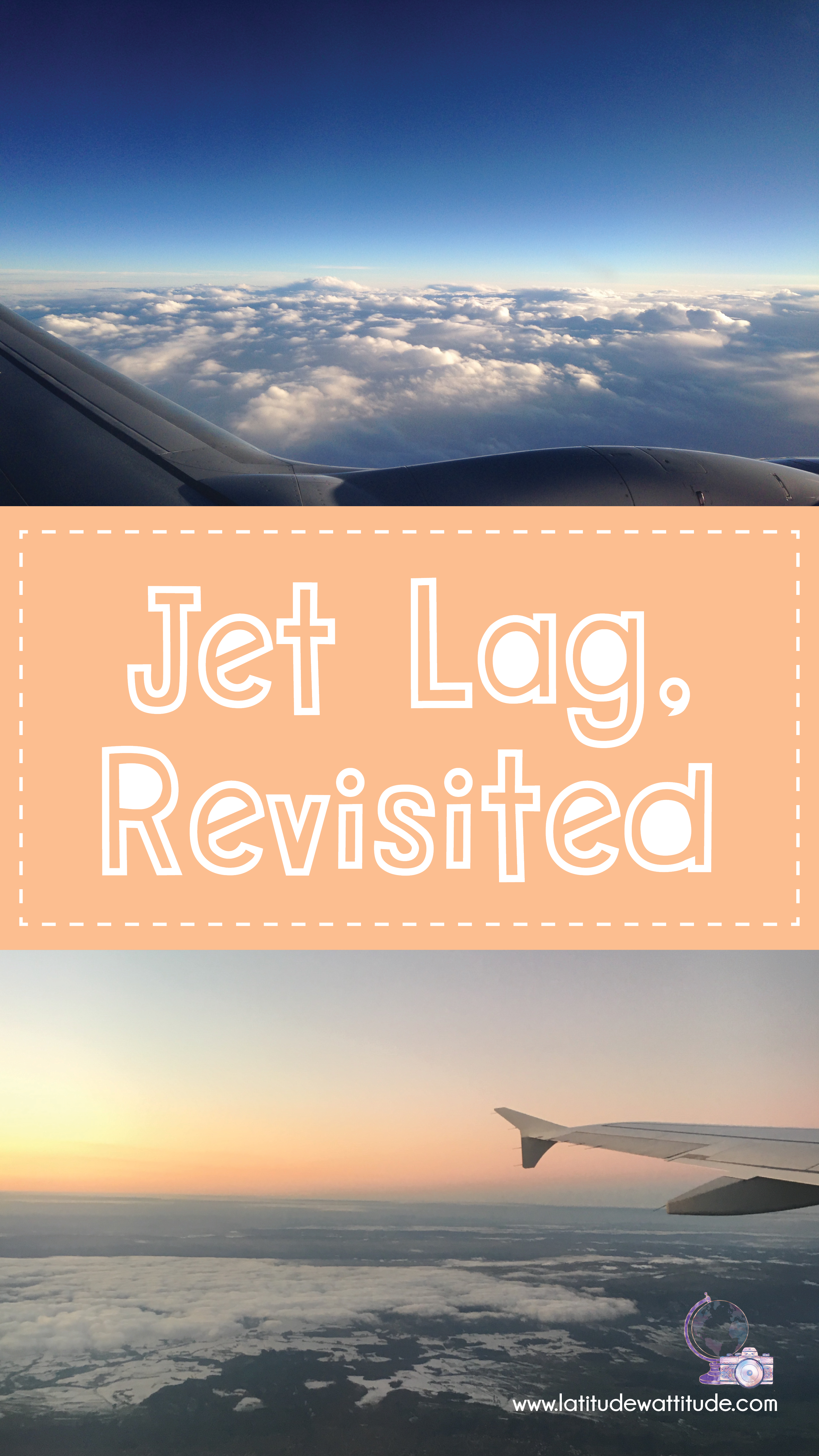