One area of everyday life that I haven’t really had to experience overseas is auto repairs. In Dushanbe, we had one car, and since things were so confusing and convoluted on the local market we always asked one of our local staff to help us out anytime we needed something done. It also helped that our car was new and only ever needed routine maintenance.

Here in Tbilisi, I have my own car. We shipped my beautiful 2009 Toyota RAV4, and I’ve used it so little that I’ve only needed to fill it with gas twice in one year. A definite perk of living so close to the Embassy and most grocery stores. But, alas, trouble arose.

We probably should have replaced my tires before leaving the States last year, but with such chaotic PCS, we didn’t ever get around to it. When my car arrived after a long stint on a boat, it had a flat. Not sure how that happened since it was mostly stationary for three months, but whatever. We quickly fixed that with the help of a friend, but I knew it was only a matter of time before all four ties failed me.

While I don’t drive my car very far, I am driving on some treacherous roads. Our street us unpaved, and though they did fill in some of the larger holes with gravel this summer, I know once we enter into the rainy fall and winter, our street will become hazardous again. I also take the back roads into the Embassy to avoid making three U-turns in a two-mile drive. Unfortunately, they are littered with poorly-maintained speed bumps. The simple act of driving over them is enough to wear on anyone’s tires, but these are often coming apart (perhaps with some human help) leaving nails and screws exposed. I was setting my already worn-out tires up for failure.

Last week, the front right tire hit it’s breaking point, quite literally. The tire-pressure light on my dash had been on for weeks, and the rubber had finally given in. It hadn’t fully popped, but it wasn’t really drivable. We would have to finally submit ourselves to the powers that be and sacrifice our time to overseas auto repair.

Now, a little thing you should know about me: there are few things I hate more than inefficiency. Tardiness and peanuts come to mind as frontrunners, but inefficiency is definitely in the top three. I try as hard as I can to block out these frustrations when overseas, but last Saturday it left me dumbfounded. I knew the auto repair shop was massive and operated a bit like a hospital where they triage each car and send you off to the proper area. 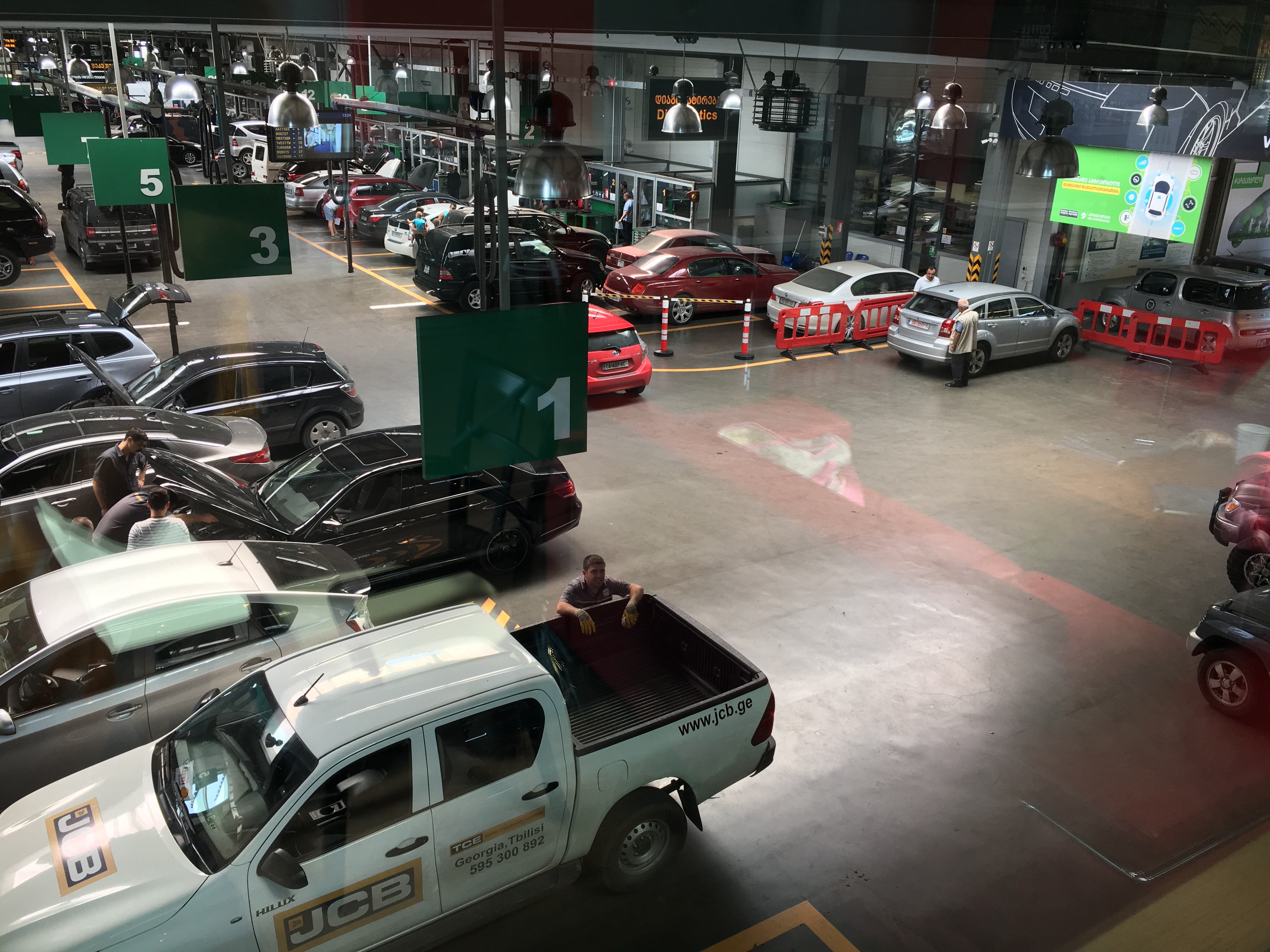 I don’t know how we missed most of the mess, and quickly found our way to the tire area, but it was not without annoyance. We had to talk to three different people just to purchase tires, and then it was about three hours before they were put on and my car was ready to go. Of course, we couldn’t really leave, so we were held hostage at the repair shop drinking sub-par coffee to pass the time. To give them credit, the job was done carefully, and the tires cost nearly half of what they would in the U.S., but it still ate up most of our Saturday.

However, it is hard to complain about four new tires on my little old car. It does make my slightly chaotic drive the Embassy each morning just a bit more fun knowing I can hop over speed bumps and swerve to avoid the odd loose cow with ease. 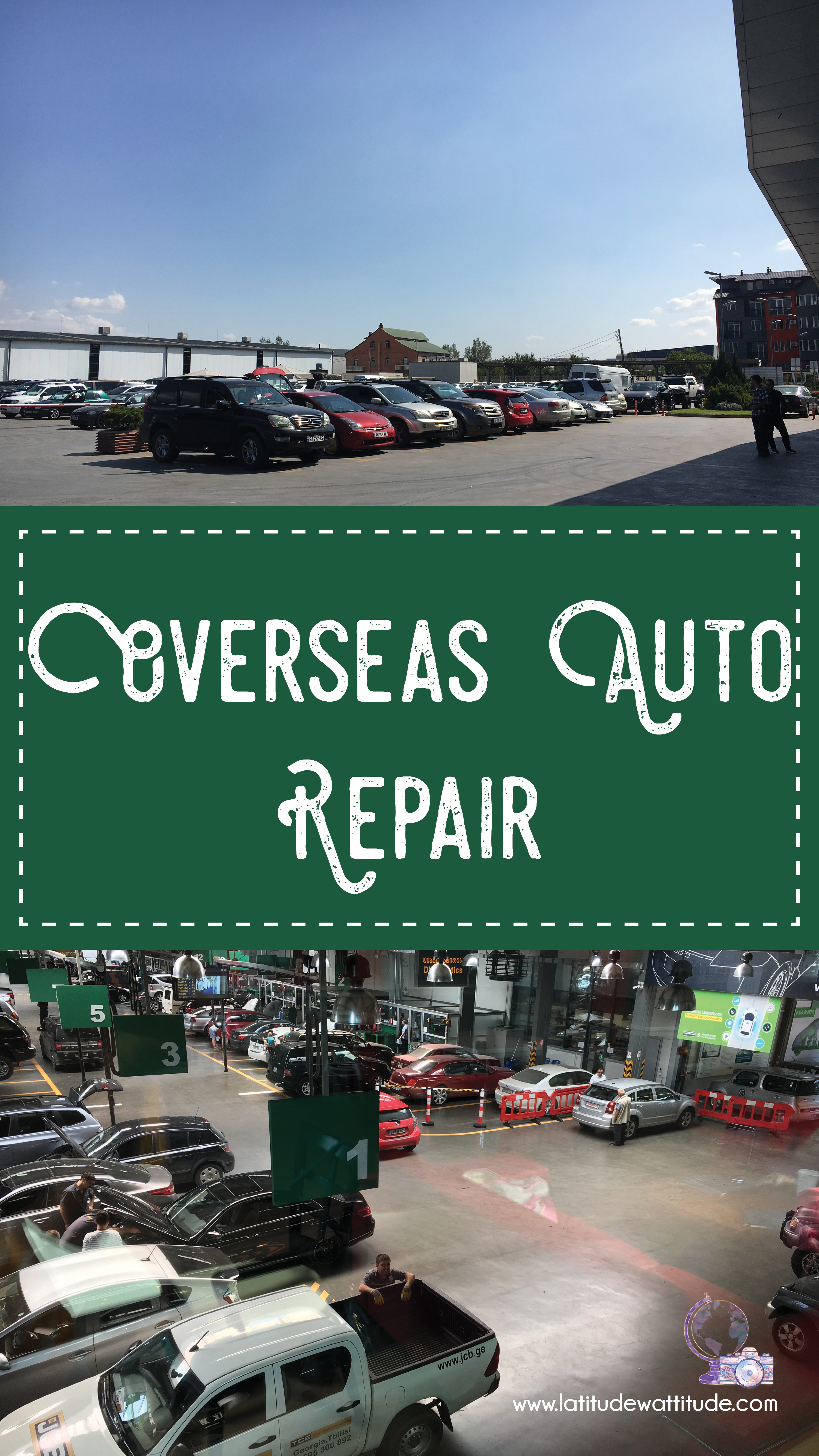