After a somewhat rocky start last summer, I’ve grown quite attached to our Diplomatic Post Office or DPO. This shouldn’t come as a surprise to anyone since I’ve mentioned several times on this blog that the ability to receive mail from the United States is key to my happiness while overseas. I know the DPO sets the embassy community apart from being “true expats” and I’m sure a lot of “real expats” roll their eyes at us. Honestly, kudos to you guys, I don’t think I could handle life overseas without the little lifeline in the form of mail from home.

At our last post, we only had the pouch system of mail, which, while fantastic, has nowhere near the flexibility and reliability of a DPO. You had to order at least three but usually five weeks ahead of schedule to receive your items on time, and there were massive liquid restrictions that made things tricky. I’m not saying I could never go back to a non-DPO post, but since it’s our norm here in Tbilisi I’ve become accustomed to being able to order large quantities of Nature’s Miracle when my pup comes down with allergies or coconut water because I feel like it or full-sized bottles of shampoo and conditioner.

So when we found out this summer our DPO was in jeopardy, in some ways, it felt like the rug was ripped out from underneath us.

Basically, in July, we were told the United States was threatening to withdraw from the United Postal Union. This threat actually happened last October, but it took until this past summer for us overseas to really start to feel the pressure mounting. We were told the United Postal Union was meeting at the end of September to discuss the agreements in place, and if things went badly, we would pull out on October 1. I’m not going to get into details or the politics surrounding this decision since I try to keep this blog as politics-free as possible, but here’s an article explaining everything if you’re so inclined to learn more.

I refrained from discussing the possible loss of our DPO on this blog because I didn’t want to come across as ungrateful or winey if it did actually happen. It would have been annoying for us, yes, but we are lucky in that our post already has the pouch in place and wouldn’t have to set something up on the fly. We collectively made sense of the impending annoyance by mass ordering medications, animal food, and Christmas gifts in case of the worst outcome.

Also, we really weren’t the issue at hand. The loss of the DPO would also mean the loss of APOs and FPOs (Army Post Offices and Fleet Post Offices) for our military. Talk about a massive blow to morale for the people deployed all over the world, away from their families, keeping our country safe. These are the people I was worried about. I was trying to be optimistic that our leadership wouldn’t sacrifice the happiness of our military for the sake of proving a point, but I wasn’t overly hopeful. Track records speak for themselves, I’m afraid.

Thankfully, my worry was all for naught. The United Postal Union met and quietly came to a compromise, and we will retain our DPOs, APOs, and FPOs. There was no massive announcement on this, I found out from Facebook and didn’t fully believe it until news came out from leadership out here. It’s as if you could hear a collective sigh of relief from the entire Foreign Service and military members.

Now, back to online ordering, this time being copious amounts of candy. Halloween is right around the corner. 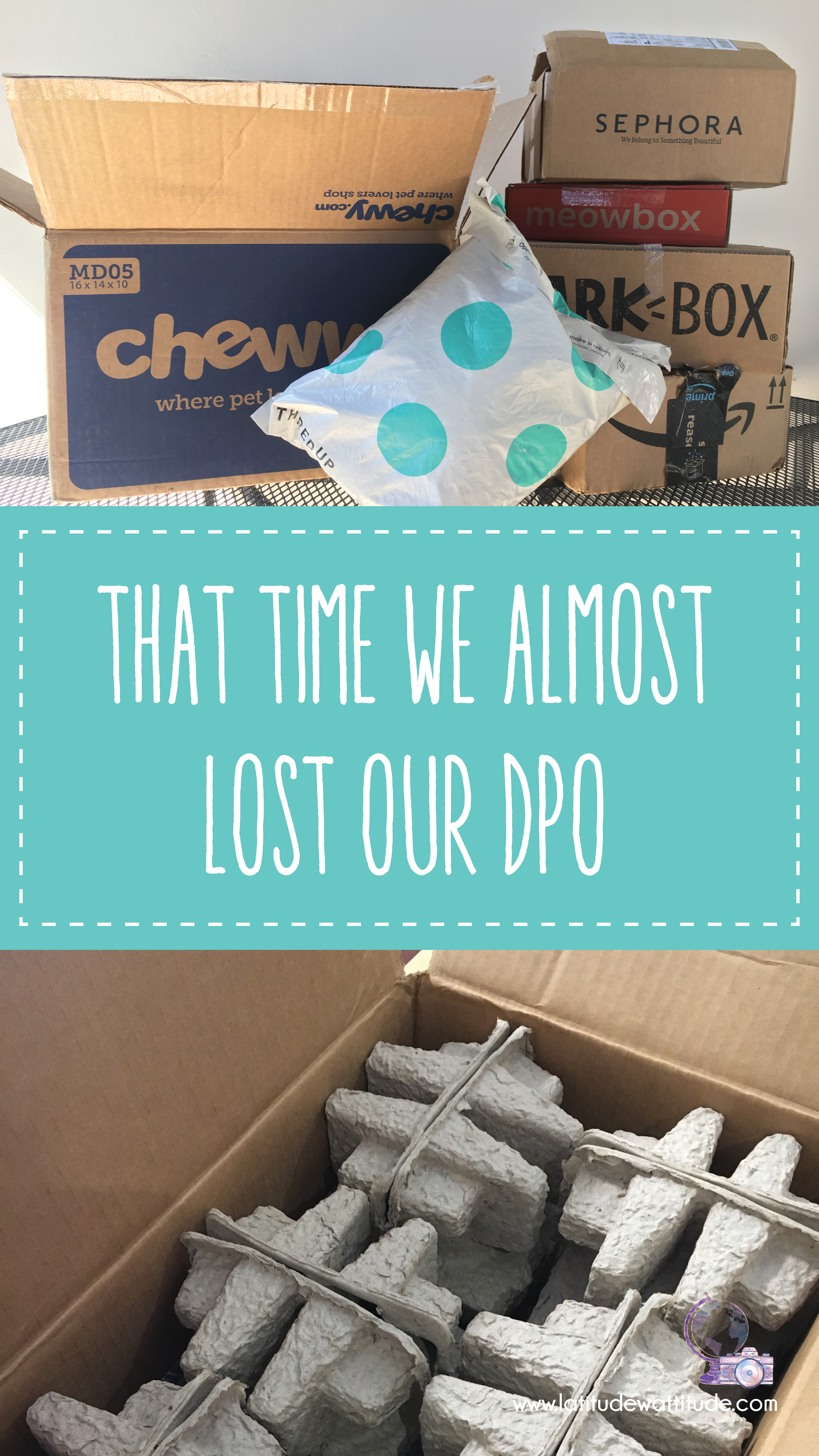