About an hour south of Tbilisi lies the unassuming village of Marneuli. At first glance, it looks like any subsistence agricultural town. Herds of farm animals roaming the pastures, quaint houses made of stone and brick, and residents living in extreme poverty. Most of the income in this area comes from outside sources such as relatives or husbands working in Iran, Turkey, or Russia. There is little to no running water or electricity.  Life from the outside looking in would appear bleak. 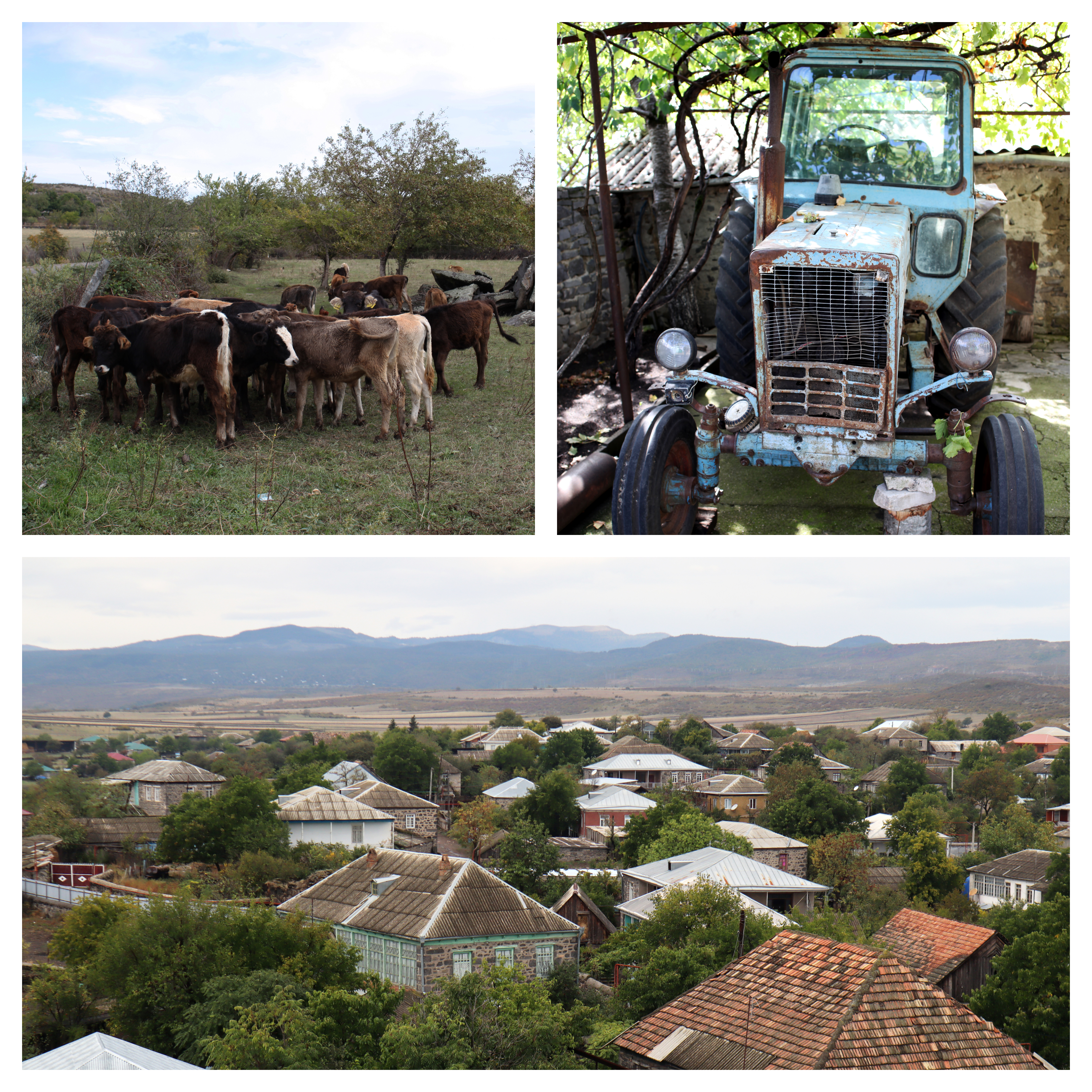 Thanks to the dream of one man, Ryan Smith, and his wife Laura, this little village and surrounding areas is quietly reviving Caucasian carpet weaving – an art form that was nearly lost to modern technology and the iron grip of the Soviet Union. In Georgia, there are about 130 ethnically Azerbaijani villages that are home to approximately 500,000 people. Of these villages, only two had a handful of active weavers accounting for about 20 women total. The art of carpet weaving that has been present in this area for centuries was nearing extinction. Enter Ryan, Laura, and reWoven.

Ryan visited Azerbaijan in the early 2000s, and it was here the dream of reWoven was born. The goal was to empower communities in rural Azerbaijan to become more self-sustaining, as well as to revive this dying craft. After returning to the United States for a few years, Ryan and his wife Laura returned to the region – this time in Georgia – to teach English. They purposefully chose the Azeri area in an effort to rekindle his project.

It proved to be a very slow and tedious task finding weavers, and then even more challenging finding weavers who would be willing to work for his grassroots project. Slowly and surely with much perseverance from both he and Laura, the project got off the ground. By the end of 2014, he had 11 weavers accompanied by a handful of helpful friends embracing his vision. Today about 20 households are working with the project, and the knowledge is actively being passed down to younger generations, friends, and neighbors. 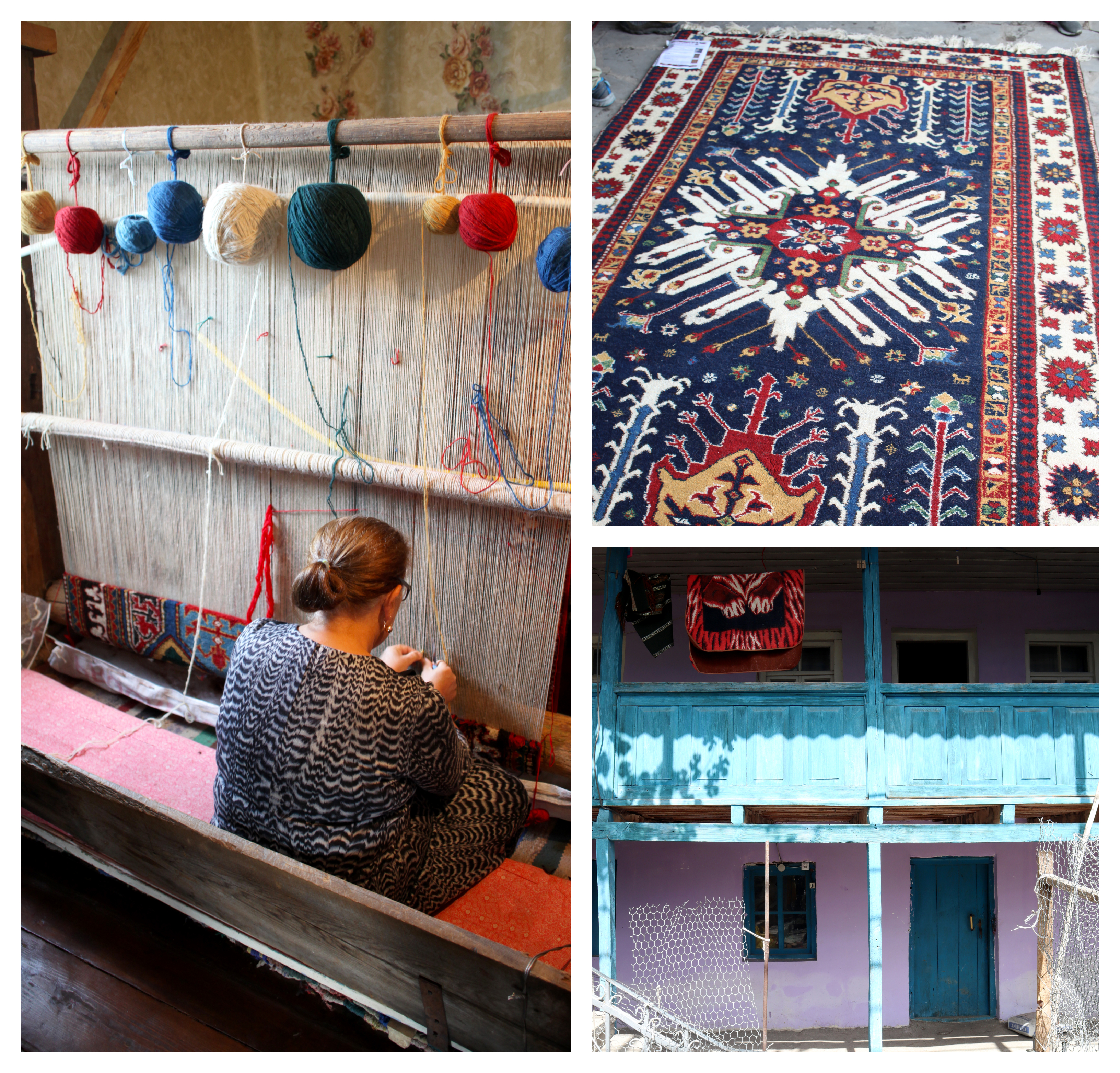 It would be amiss to write about this incredible project without briefly mentioning the tragic fate of the Smith family. Frankly, it breaks my heart that if you Google “Ryan Smith reWoven” all you find are news articles reporting his death. Ryan, Laura, and their four-year-old son were murdered while hiking in rural Georgia in July 2018. We didn’t have the chance to know them, but the entire American and expat community was deeply affected by their deaths. I only want to touch on this briefly because I think Ryan should be remembered as the man who worked passionately toward his dream of seeing carpet weaving restored, not as the man who was brutally killed.

After Ryan’s untimely death, reWoven’s fate was precarious. He and Laura were perhaps the only two people who knew every in-and-out of this business and without them, who would possibly be able to take over? Thankfully, a group of their friends led by Mike, an English teacher in Marneuli – who just so happens to also speak Azeri and live in Georgia – banded together to keep Ryan’s dream alive. reWoven has been under a period of significant transition this past year, and, I’m happy to say, are so close to turning a tough corner. They are about to apply for NGO status, which will allow them to apply for grants, receive donations, and allow the project to fully spread its wings. They have dreams of bringing more women into the project, locally sourcing and dying wool, and strengthening their name in the carpet weaving market.

Sean and I were so very privileged to attend a tour of reWoven last weekend. We met Mike in person, who shared stories about Ryan and reWoven, as well as the English school – brilliantly called Hello English – he runs with his wife. We were graciously invited into Mehriban’s home, one of the weavers with the project. She welcomed us with dovga, a traditional Azeri yogurt drink, and proudly showed us her impressive weaving skills. She is a bit of a legend with the project, completing rugs that would take other weavers several months in just one.

We were then shown to a different home to see other completed works. The group had about 15 rugs to show us, many of which were available for purchase. I fell in love with a lively Bordjalou (pronounced like boar-jello) weaved by Terlan Gojayeva, whom I’m told is quite a spitfire. Our day concluded with a lovely Azeri lunch of plov, kebabs, salads, and fruit. 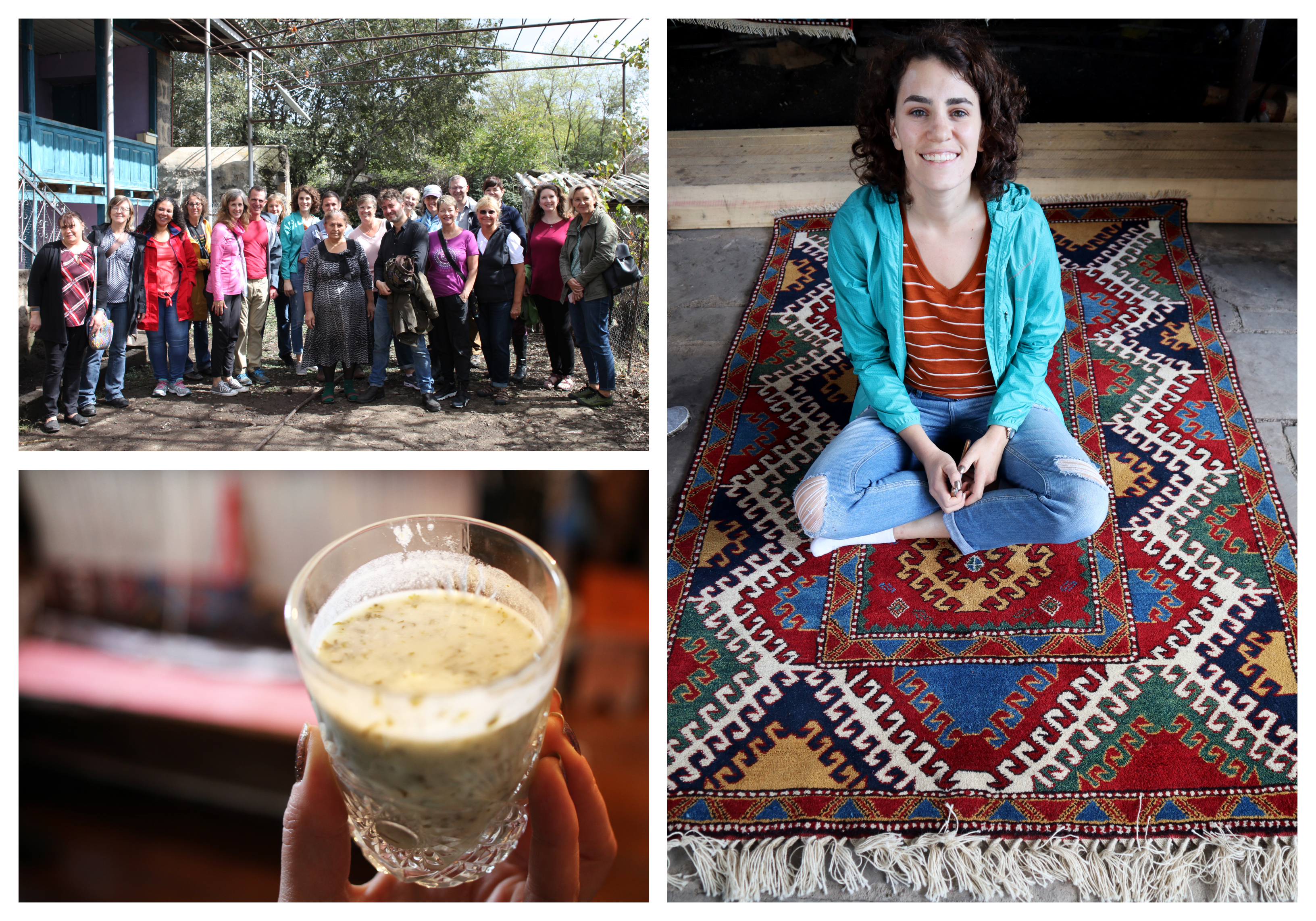 It was an honor to be welcomed into these peoples’ homes, and even more special to witness firsthand this ancient art being revived from the ground up. I’m very excited to see what’s in store for reWoven in the future. 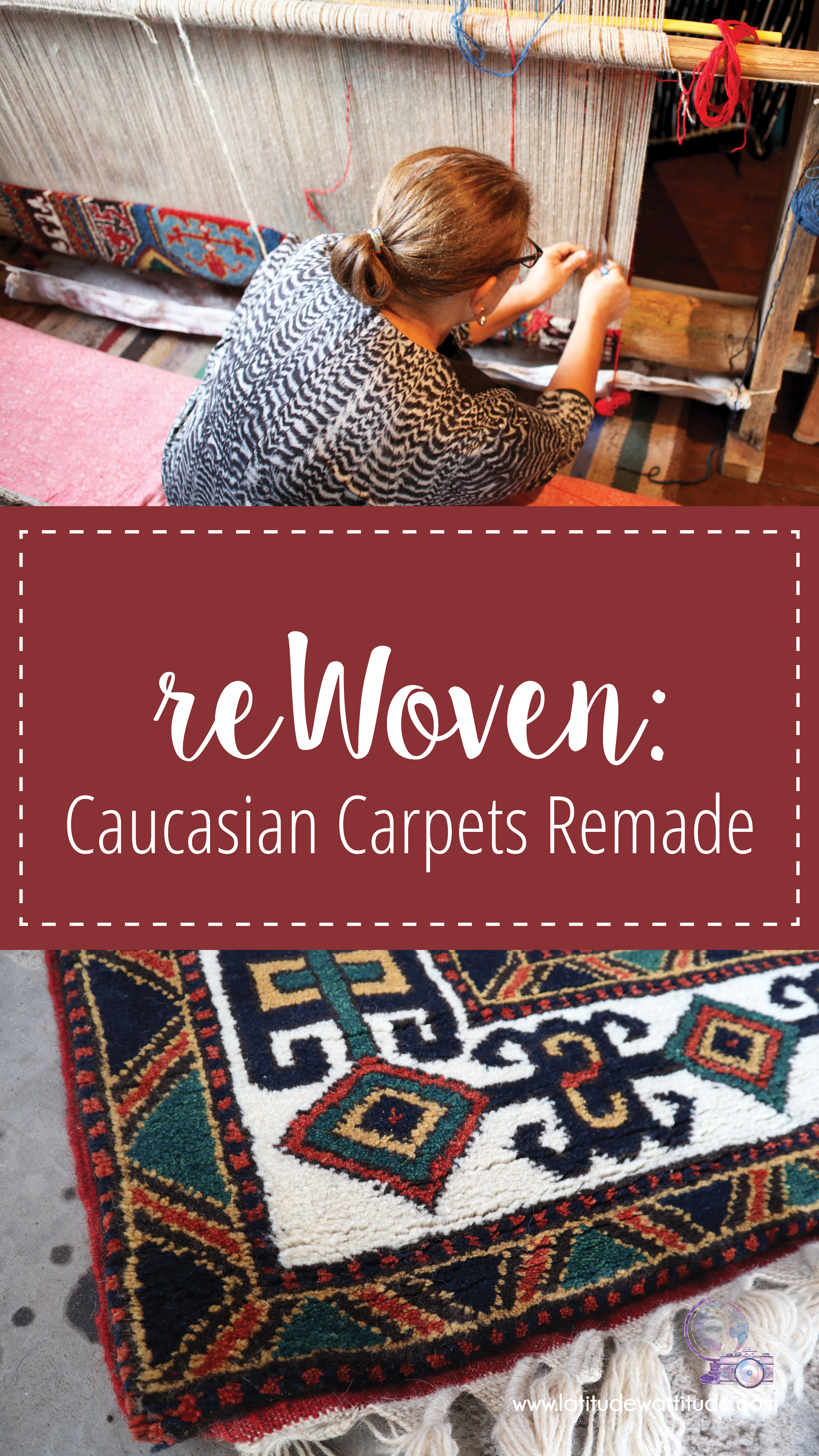