I have pretty horrible teeth. You wouldn’t necessarily know it by looking at me, but trust me, they are a mess. Apparently, when my teeth formed they naturally developed very deep pits in them. No matter how well I brushed or flossed, I knew at a young age I was destined to have many dental struggles throughout my life.

At 30, I’ve probably had 30 or so fillings. I’ve had my teeth sealed twice, tooth-colored fillings replaced with metal (and then replaced again with tooth-colored fillings when those broke), and one crown. On the orthodontic side, I had two retainers, headgear to pull my top jaw back, and braces twice. The second time was full mouth complete with rubber bands. I had six (yes. SIX!!!) compacted wisdom teeth removed when I was 18. My dental history is quite complex, to say the least.

When I was in Dushanbe I didn’t trust my teeth to the local economy. I had the unfortunate pleasure of attending a few tours of different dental facilities while I was there and it was appalling. I’m not going to go into details, so let’s just say this: any dental work aside from routine cleaning was a medevac. And routine cleanings really weren’t recommended.

In Tbilisi, it’s much different. People get dental work done here all the time. Dentists are European-trained on everything, including sanitation. It’s safe here, as long as you go to the right clinics.

Now, I’m not one of those people who are afraid of dentists. I don’t necessarily love going in, but it’s not a scary situation for me. I had a wonderful dentist growing up in Wisconsin, my orthodontist was great, and I found a fantastic dentist in Annapolis who completely gets the Foreign Service routine. He’s always happy to get us in while we are home, and understands it may be several years before we see him again.

All that being said, I still find myself leery of dentists overseas. I think it’s part carryover from Tajikistan, part fear of the unknown. I’ve decided – somewhat unconsciously – to simply stick it out for two years on my own, and deal with the consequences when I get back.

On my way home from Kansas City, I had a 5-hour layover in Dulles. I was hungry, so I was trying to soak in as much American food as possible. I ordered a vegan pizza from a cafe and then proceeded to eat a full bag of Skinny Pop popcorn. I don’t know why that sounded like a good idea, I just wanted it.

As I finished the bag, I could feel a kernel stuck between my teeth. I went to dislodge it and heard a crack. I had not dislodged the kernel, I had dislodged a chunk of my second to last top right molar.

Horrified, I silently assessed the damage. I could feel a sharp, jagged edge of my tooth with my tongue. I didn’t feel any pain, but I was definitely aware of something different in my mouth. I debated what to do: my flight left in two hours, I didn’t have a working phone. Do I leave the airport and try to get things fixed in DC, or do I wait until I get back to Tbilisi to sort things out?

I may have been a tad bit sleep deprived at this point.

Since I wasn’t in any pain I went ahead with my journey home. The day after I arrived in Tbilisi I had a doctor’s appointment already scheduled and brought up my tooth issue then. The Med Unit kindly scheduled me for a dentist appointment that same week.

I was very nervous. I think I always assume the worst when I’m in medical situations overseas. I’m positive any minor thing will turn into a medevac. I was certain I was going to need to have the tooth extracted and would need implants. It gets pretty ridiculous in my head.

In reality, I needed a filling. The whole process took about an hour and was as painless as every other filling I’ve ever had. I had – once again – built it all up in my head.

And now I can say I have internationally teeth. Which is cool, except why would I ever say that? 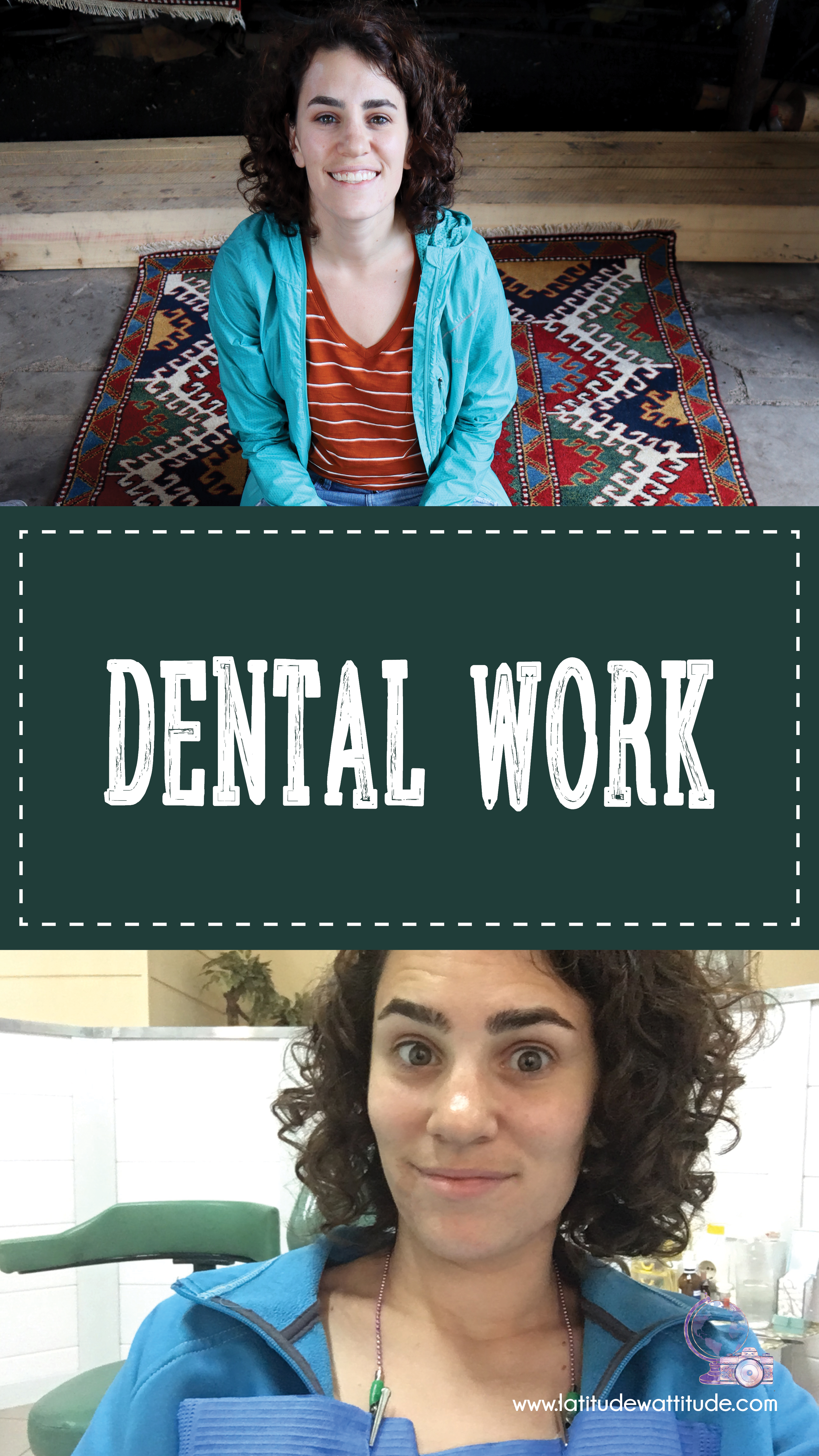