Since probably March of 2012 I have been a one camera woman. My beautiful Canon 5D Mark II DSLR was my pride a joy. That spring, I took that camera to Costa Rica where it came along for zip lining, snorkeling, and everything in between. That same year it embarked with me on a three-week European sprint to visit my then-boyfriend where it survived a Vespa crash among other nonsense. It was my constant travel companion.

Over the years, I never experienced any sort of envy as new cameras hit the market. Funnily enough, the Canon Mark III came out two months after I got my Mark II, but I couldn’t imagine any other camera but my own. Over the years I’ve grown from an auto-only girl to shooing full manual with a decent arsenal of lenses at my disposal. I didn’t think I would ever need to upgrade.

Of course, camera technology has evolved immensely since 2012. Particularly in the mirrorless realm. A mirrorless camera is exactly what it sounds like, a camera with interchangeable lenses but does not use a mirror to reflect the image into the viewfinder. They also allow the photographer, for the first time ever, to see exactly what the image will look like before the shutter click. You can adjust the aperture, shutter speed, and IOS, and the screen will show you in real-time what the result will be. It’s incredible.

When these cameras hit the scene a few years ago, I must admit, for the first time ever I had a twinge of camera envy. My Mark II is still my pride a joy, but it’s bulky and frustrating to lug around everywhere. Sean and I have also been experimenting with video, and trying to vlog with a heavy camera body is not the kind of workout I’d prefer to do regularly.

The other reason I was beginning to consider picking up a second camera was I was sick and tired of Sean and I fighting over the Mark. Sean’s also a photography enthusiast, so only having one good camera body meant whoever wasn’t shooting was constantly bugging the other. “Didya get the shot? Didya? What about a shower shutter? Or a lower f-stop? Can I see it? No that’s not what I meant. Dude, you cropped that person in half. WHAT, WHAT, WHAT ARE YOU DOING?! JUST GIVE ME THE DAMN CAMERA!”

When I went to Denver in June, I took a 20-minute Uber ride to the closest Best Buy to pick up the Canon M50. I had to wait to be back in the U.S. for this since the lithium battery won’t shop Pouch or DPO. I think the Best Buy employees were surprised at how easy a sell I was: “Hello, I’d like a Canon M50, please. No, don’t need you to explain it to me. No, I don’t want to see any others. No, I don’t have a Best Buy rewards card. JUST GIMMIE MY NEW CAMERA BABY!”

Since that day I’ve enjoyed experimenting with the M50, and comparing it to my Mark. The M50 and most mirrorless cameras have the advantage of being lighter, more compact than their DSLR siblings, and they are often better for video. The downside is there are fewer lenses and accessories that work with the smaller bodies. DSLRs have the advantage in lens selection and a viewfinder that works better in low light, but they are more complex and bulkier. I don’t by any means see my M50 as a replacement for my Mark, but I think they pair nicely together and I gravitate to different cameras for different things.

The M50 has become the camera I pull out when I need a few quick photos to complete a blog post. I love how many different silly settings it has as well. The scene set brings me back to my point-and-shoot days with presets for food, flowers, night, portrait, and many other photography types. There are also built-in filters to let you mess around and get creative. On the video side, I figured out how to set it to automatically take and stitch together a timelapse, which comes in handy when you don’t have time to set up the tripod and remote for the Mark. It’s a powerful little machine.

I guess the point of this blog is to formally say the following: while the Canon M50 doesn’t measure up to a full DSLR camera, I do love and appreciate having a camera with so much power in such a small body. I’d highly recommend it to anyone looking to try their hand at photography, as well as anyone looking for a lightweight companion to their DSLR.

And, I’d recommend it to anyone who has a companion who desperately needs their own camera. Now the fight Sean and I have is who’s going to shoot with which camera. So, it’s better. 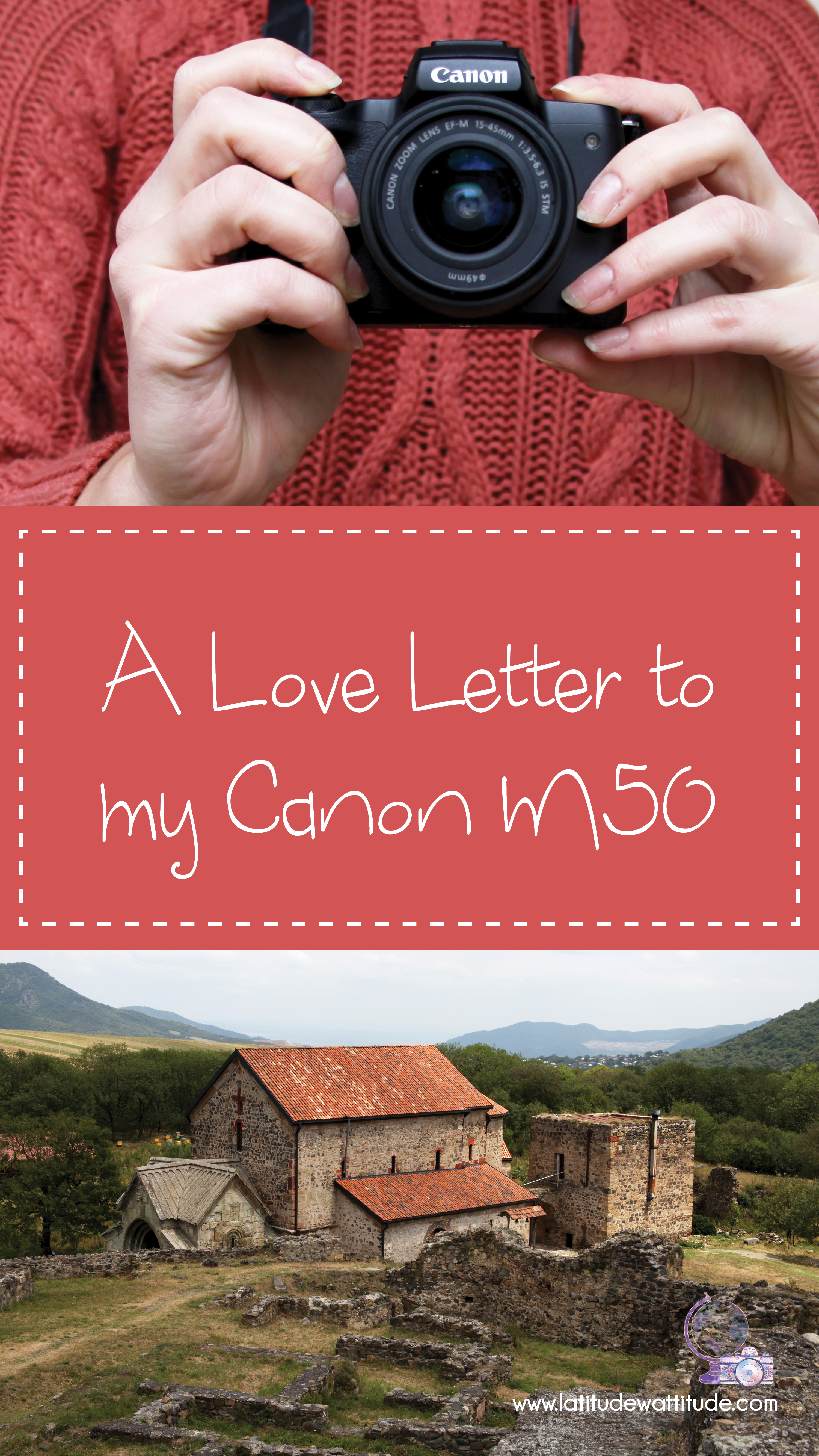