Since about 2012 I have slowly but surely began eating healthier and healthier. When I left my home state of Wisconsin I also left behind consuming cheese and red meat at an alarming rate. It was expensive in Maryland, and with access to the Chesapeake Bay and the Atlantic Ocean, seafood was cheaper than I’d ever experienced. Then, as Sean and I learned about health and fitness, we scaled back even more. Our smoothies went from dairy-packed desserts to spinach shakes and protein-packed meal replacers. It was the beginning of a huge transition in my life.

When we moved to Dushanbe, my inadvertent transition away from meat and dairy continued. I didn’t like most of the local cheese, and the meat tended to make me sick. Once we got our frozen food order with copious amounts of chicken I essentially ate nothing but chicken and broccoli for six months. Not exactly healthy, but I knew it was safe.

While we were gone from 2015-2017 a tidal wave of food science was sweeping the United States. People were figuring out how to engineer delicious and functional plant-based alternatives to animal products. Suddenly vegetarianism and veganism were less likely to be met with ridicule. It almost became cool.

Upon our return, in July of 2017, I enjoyed reconnecting with seafood and all the fresh delights of the United States. Sean had also come a long way from his meat and potatoes ways and was happy to eat just about anything. I started incorporating more and more vegetarian meals into our weekly rotation. He never complained.

On top of our conscious decision to eat healthier, it was around this time I noticed a serious sensitively to dairy. I think I all but stopped eating it long enough for my body to reject cheese and milk. Plus, after years of deprivation, the flavors just don’t do it for me like they used to. I’d rather skip the bloated and painful day after than enjoy the not-as-sweet-as-it-used-to-be taste of dairy.

As if to accelerate my somewhat unconscious elimination of animal products from my diet, I also became aware of several vegan/vegetarian blogs and YouTubers. They made vegan cooking seem fun, easier than I ever thought possible, and actually tasty. From this point it was inevitable: I’m now the owner of three vegan cookbooks.

I know for a complete fact that if I ever watch any documentaries meant to turn you vegetarian or vegan, I would never eat another animal again. The first five minutes of an Explained episode sent me into hysterics a few weeks ago. (The Future of Meat if anyone was wondering.) I think part of that is always knowing I had issues with it, and part of it has to do with being a mom to five furry creatures. It’s getting more and more difficult.

So, party for health, partly for conscious, and partly for curiosity, I’ve begun experimenting with vegan recipes. It’s very difficult living overseas to gain access to many vegan products, so I’ve tried to do as well as I can given the circumstances. I use regular butter, I mail-order tofu, I use chicken stock if it’s all I’ve got on hand, and I keep an open mind. There are of course many recipes I can’t possibly make from Georgia since there’s no way to obtain proper ingredients, but so far we’ve managed to make quite a few with positive results.

I don’t know if I’ll ever fully renounce my meat or animal-product eating ways, but it has been an interesting time experimenting with the idea. Perhaps next time we return to the States I’ll go all in. I definitely wouldn’t be surprised. 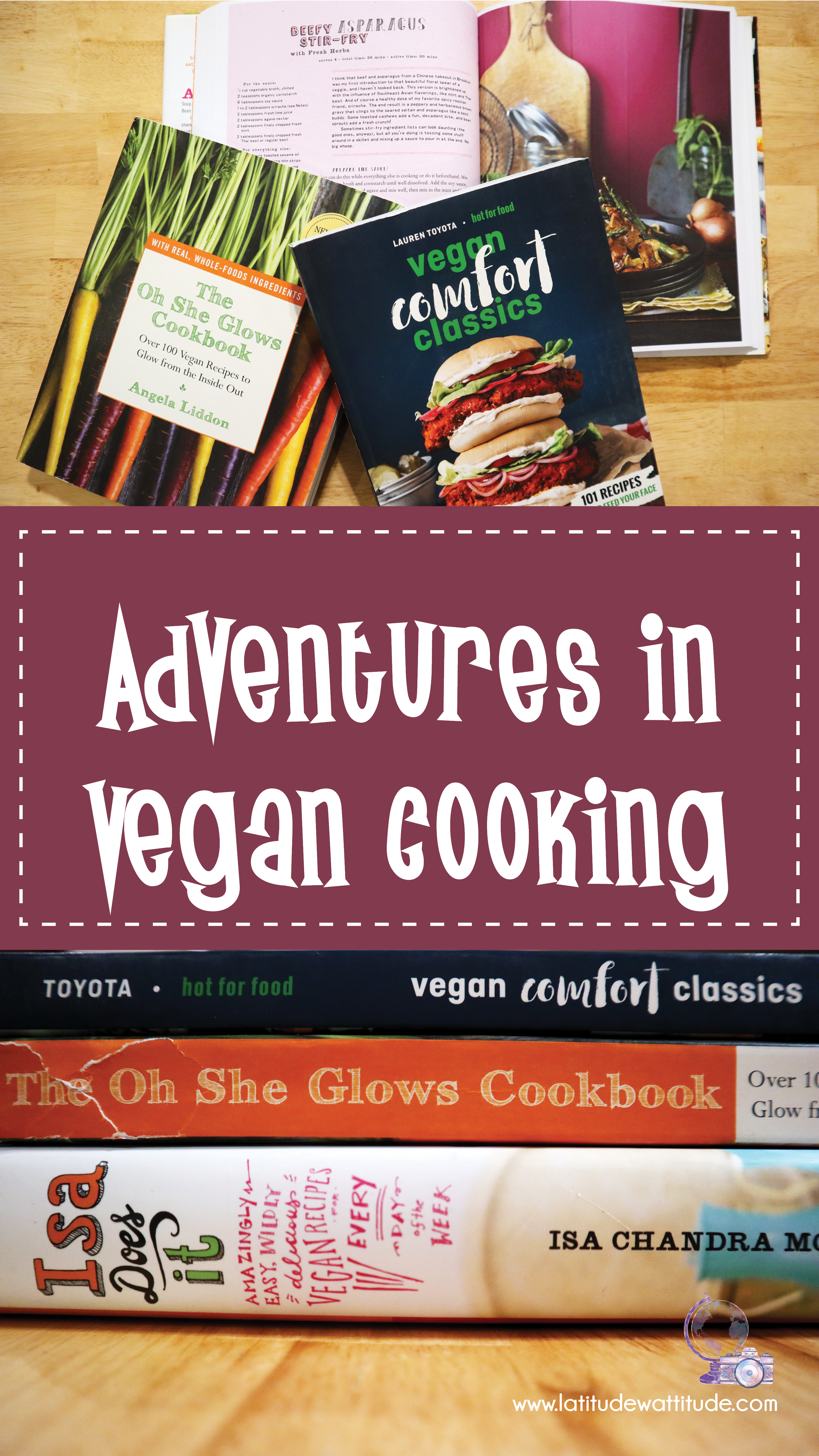 2 thoughts on “Adventures in Vegan Cooking”