Recently I’ve gotten back into baking. For some reason, I went on a bit of hiatus for the past several years. I think in part it was our desire to eat healthier, and we really don’t need six dozen cookies for two people with little to no self-control. But, I really enjoy baking, and I’ve missed it, so around my birthday this year, I dusted off my stand mixer and went to work. And, of course, once I started, I rekindled my love for baking and it hasn’t slowed down.

Christmas time is always a big baking time for me. I have wonderful memories of my mom baking dozens and dozens of cookies for various events, and I always try to channel her never-ending baking energy this time of year. Though, I do try to have more patience than her with the Spritz cookies. I can still hear her chanting, “one-one-thousand, two-one-thousand, three-one-thousand-UP!” as she tried to time the electric Spritzer perfectly. I was always fascinated and amused by my usually abundantly patient mother losing her mind trying to make these buttery delights. You would think she would give up after a while, but she did it for my brother and I because they were our favorites.

To this day, they still rank in my top three.

This year I asked Sean if there were any cookies he’d like me to make. He said chocolate chip molasses (ok, easy) and…the dreaded…cutout cookies. The bane of my existence.

It’s not so much the beginning that makes me crazy. I don’t mind making the dough, letting it chill for two hours, rolling it out, cutting out shapes, and baking them. I don’t even mind making the frosting and dyeing it five different colors.

What I can’t stand it actually frosting them.

I don’t know why, but I set myself up for failure every year. I don’t practice at all, but for some reason, I think I’m some sort of world-class cookie decorator. I can fake it well enough with cupcakes, but cookies? Absolutely not. Last year, with no prior experience, I decided to try my hand at royal icing. It was a major disaster and I lost my patience almost immediately. The cookies looked like a child frosted them with their eyes shut. Sean’s turned out ok, but mine were a nightmare.

This year, I decided we would do vanilla buttercream.

It’s not so much the taste that was bad, more that buttercream frosting is meant for cakes, not cookies. It was so light and fluffy it refused to smooth out. I got annoyed almost immediately and complained the whole time. The night ended with me abandoning the project completely and leaving Sean to finish a dozen or so on his own.

I think what I learned over these two years of frosting experiments is this: 1) just make normal cookie icing from now on, stop it with these weird combinations and mixed mediums, and 2) perhaps Sean should be fully in charge of decorating. I’m better off sticking to what I know: snickerdoodles, Spritz, and anything else that doesn’t involve some sort of frosting. 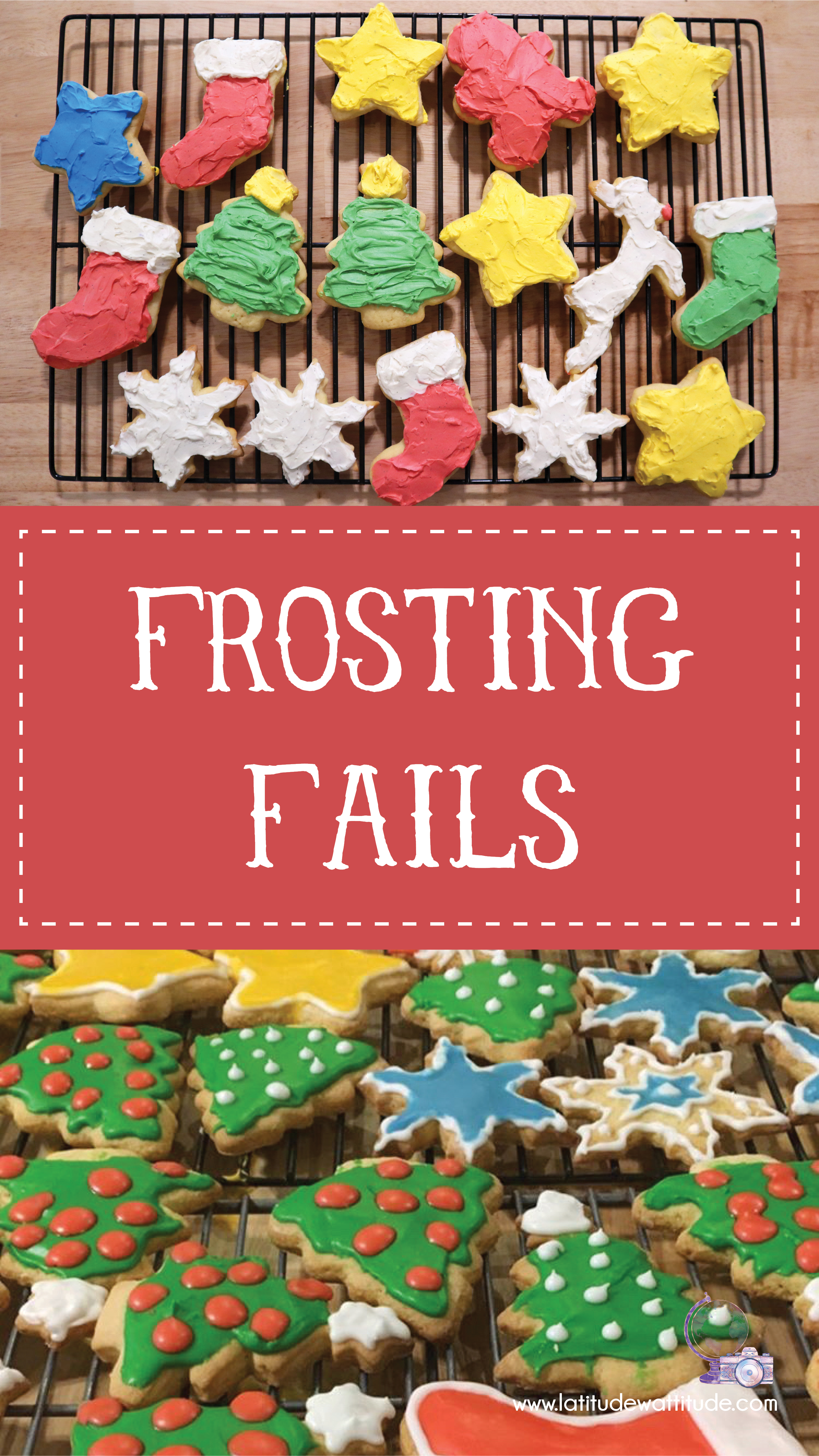