If you can’t tell from my tone, I’m currently in my office, in my house, in Tbilisi.

One huge massive perk of the Foreign Service is paid rest and relaxation (R&R) trips. In the DOD world, they call it FEML (Funded Environmental and Morale Leave – whatever that means), but it’s essentially the same thing. The government will purchase round-trip plane tickets for Sean and me to fly home once during our tour. We are also allowed to cost construct, meaning we can use the money to go somewhere other than the United States. This is how we ended up in New Zealand three years ago.

This go-round we decided on Southeast Asia for our R&R. Neither of us had ever been, and we figured it would be the perfect opportunity. We spent several weeks researching and planning, and waiting for our tickets to get purchased.

I’m going to spare you the details of exactly what happened, but last week – three days before we were supposed to leave – we had to pull the plug. Thankfully we hadn’t pre-paid for anything so we weren’t out any money, but were suddenly sitting with two weeks of unexpected time.

So, what do you do when your R&R implodes?

If you’re Sean, you take the two weeks off from work anyway and have a staycation. He’s been working nonstop for weeks so I’m thrilled to see him take a breather. I don’t have the luxury of copious amounts of vacation time so I am working this week, but since it’s the holidays it’s very quiet in both offices.

You get unexpected time with people and your pets. We and a wonderful weekend with friends that wouldn’t have happened if we were gone. And the pups especially are happy to have daddy home with them this week. You also have more time to bake even more cookies since it’s a fun way to pass the time.

You also book a – very impromptu – trip to Helsinki and Stockholm.

A few years ago we visited Krakow and Prague to see my ancestors’ stomping grounds. Since then we’ve talked about visiting Sweden and Finland to do the same for Sean. What better time to check out his heritage than Christmas?

So, we will be swapping our shorts for snow pants, sandals for winter boots, and t-shirts for parkas. Though it’s not the trip I had originally planned on, I can’t say I’m too upset about the outcome. A postponed trip to Southeast Asia and a bonus trip to Scandanavia? I’ll count that as a win. 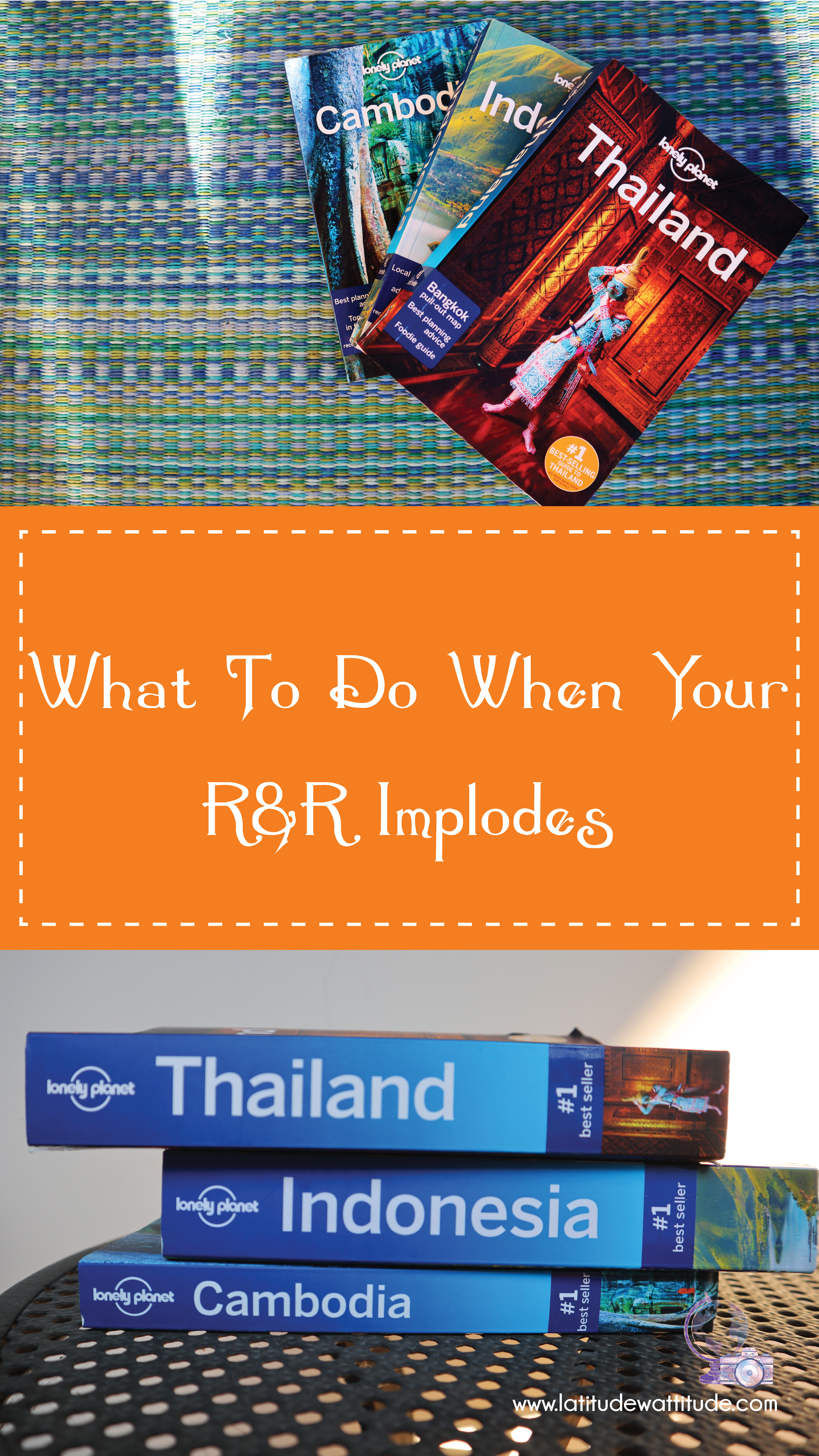 One thought on “What To Do When Your R&R Implodes”