I feel like there are two distinct times to visit Scandanavia: in summer when the sun never sets, and in winter when the sun almost doesn’t rise. I have romantic ideas about Finland, Norway, and Sweden’s midnight sun, but was always nervous about traveling towards the Arctic Circle in the winter when my Seasonal Affective Disorder is always ready to rear its ugly head. Why would I choose to go somewhere with less light when I’m already on the brink of turning into a bear and hibernating until spring?

However, there is something magical about Scandanavia at Christmastime that I wouldn’t have wanted to miss for anything. 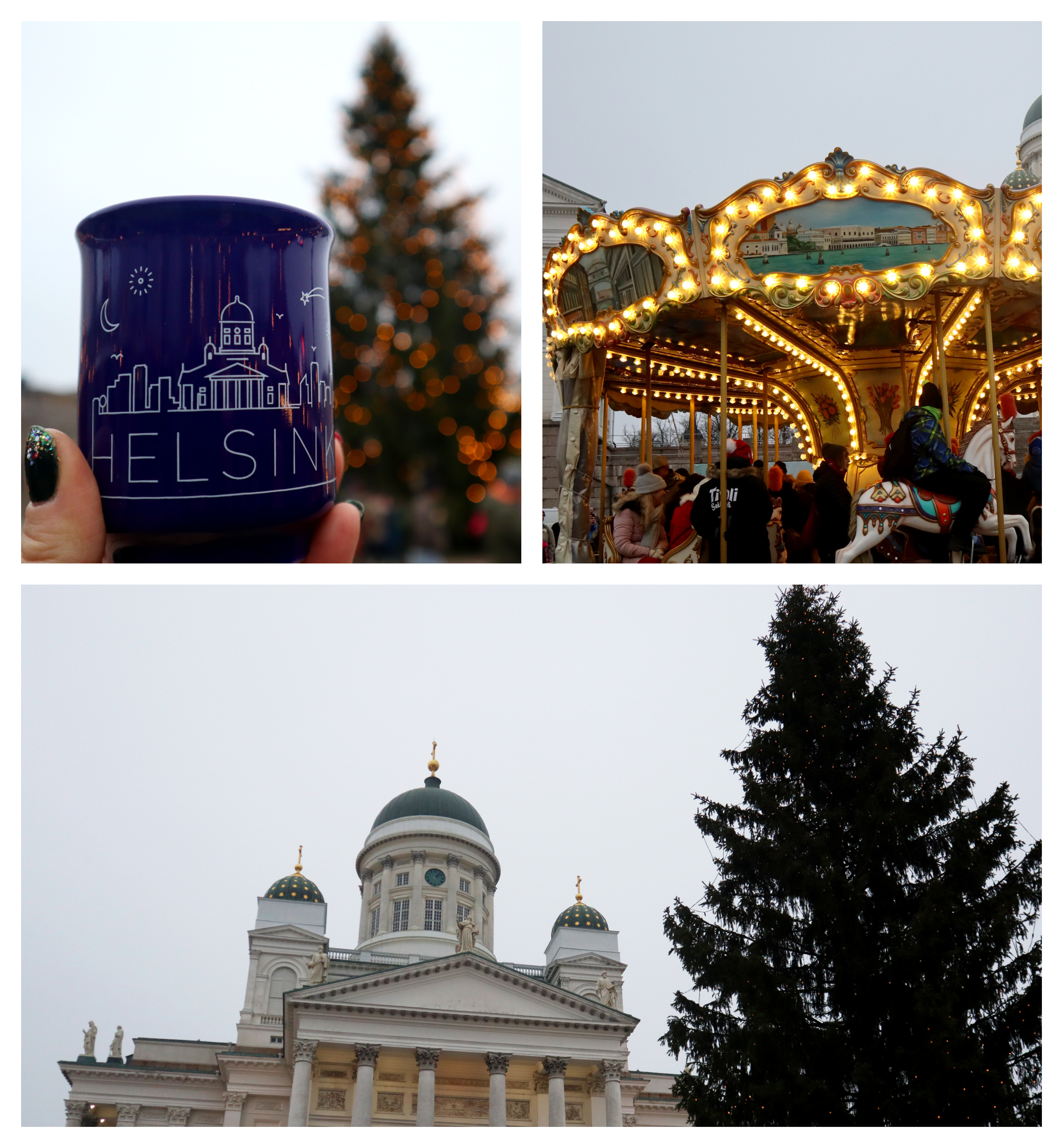 If I were to describe Helsinki in one word it would be approachable. For anyone nervous to travel outside the English-speaking world, you need not worry here. Everyone – and I mean EVERYONE – speaks beautiful English with a welcoming (and vaguely midwestern) attitude. Helsinki is a relatively small city, especially when you compare it to Stockholm and Oslo, which makes exploring on foot extremely easy. We had just three nights here but still managed to see quite a bit of the city in such a short time.

Our first stop, of course, was the Christmas market. I love exploring Europe’s markets in December and November, and we arrived just in time to catch the tail end of Helsinki’s. It’s relatively small compared to its German counterparts, but abundant quality food and drink stands as well as excellent handicraft shops make up for its size. The market is situated in the center of a shopping district as well, making it easy to pop in and warm up if needed. The market was also close to Deli Deli, one of the oldest indoor food markets in Helsinki. It was here I discovered and fell in love with seafood soup. There is no going back to life as you know it once you try this soup. Trust me. 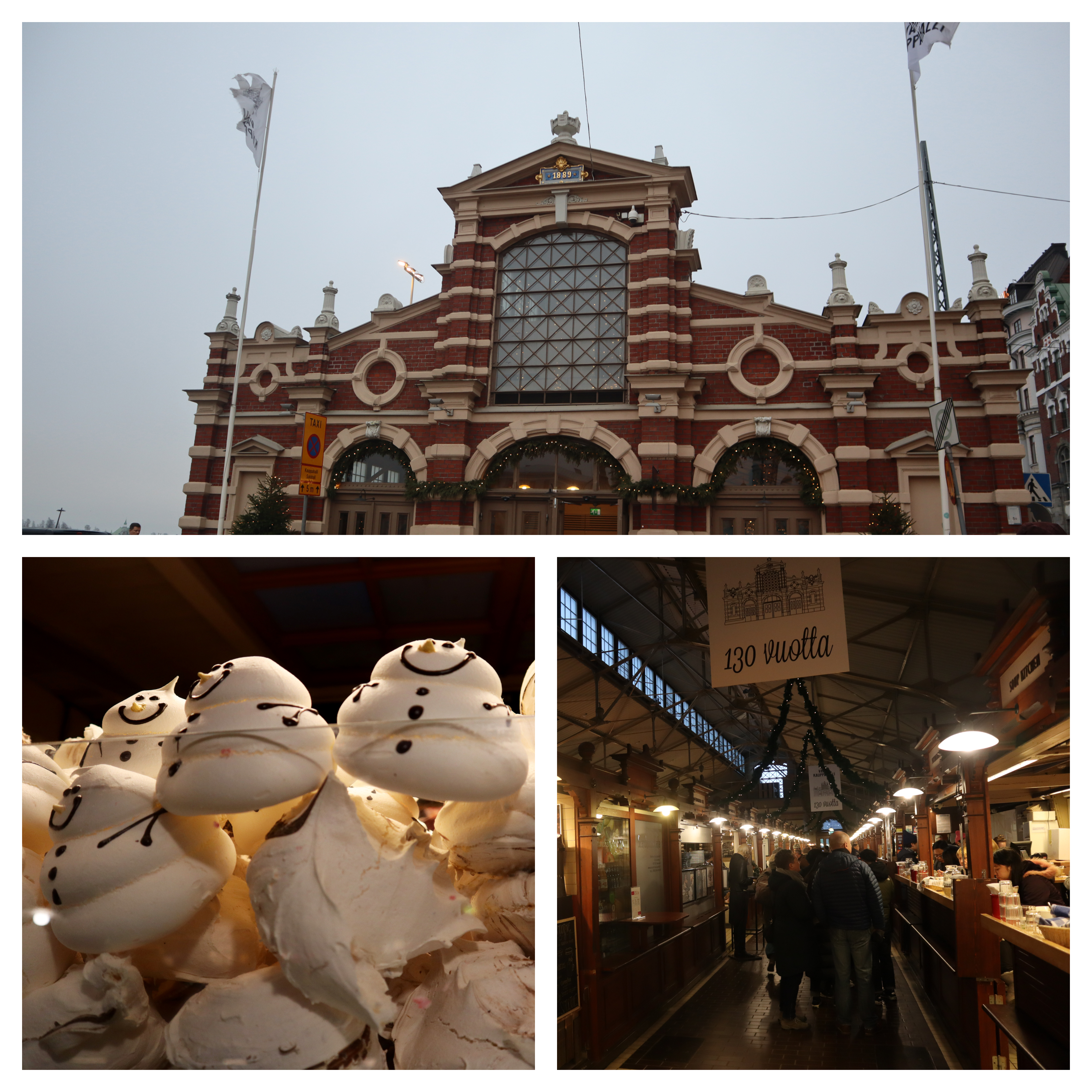 One thing that was very important to Sean while we visited the lands of his heritage was experiencing a Finnish Lappish Christmas Buffet and a Swedish Juleboard (similar to a smorgasbord, but specifically Christmas food). Lapland is Finland’s northernmost region known for its vast wilderness, ski resorts, midnight sun, and spectacular views of the Northern Lights. It’s also home to Father Christmas or Saint Nicholas (not exactly Santa, but close) and an abundance of reindeer. While we, unfortunately, didn’t make it to Lapland on this trip, we did have a chance to try their iconic food.

A traditional Lappish Christmas buffet consists of herring, salmon, root vegetables, and, you guessed it, reindeer. We chose Saaga for our Lappish Christmas dinner and it was absolutely delicious. I personally didn’t try the reindeer, but Sean loved getting a taste of his heritage. 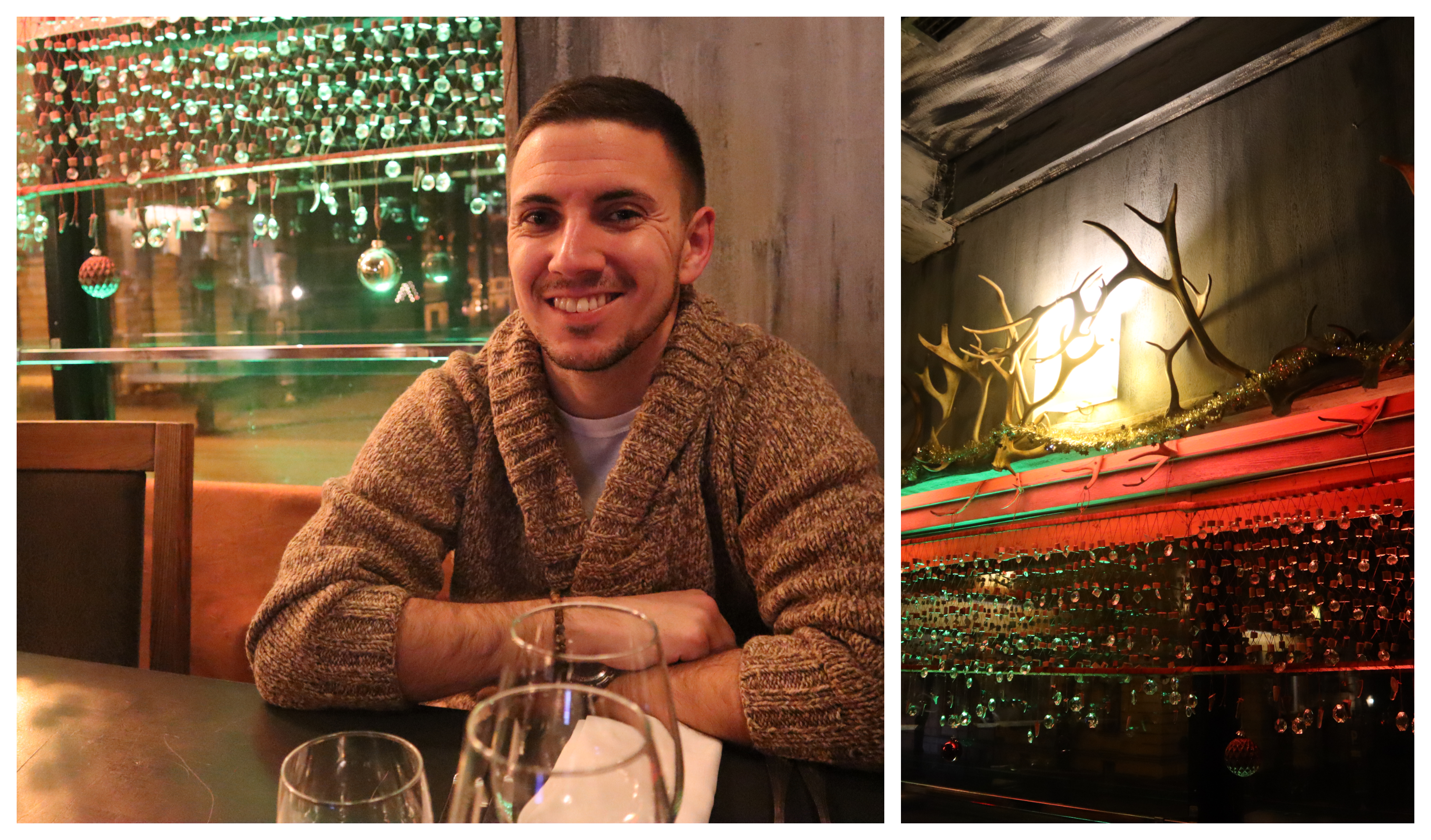 Our final day in Finland we decided to visit the Fortress of Suomenlinna, an island about two miles away from Helsinki proper. Suomenlinna was built in the 18th century and is located at the entrance of Helsinki’s harbor. The landscape and the architecture of the fortress are very unique and have been shaped by several historic events. It has served to defend three different sovereign states over the years: the Kingdom of Sweden, the Russian Empire, and the Republic of Finland.

After World War II the military role of the fortress declined, and in 1973 the islands were converted for civilian use. The buildings were preserved and renovated, and today about 850 people live here. Suomenlinna is one of the most popular tourist attractions in Finland. We spent the better part of a day leisurely exploring and enjoying nature. 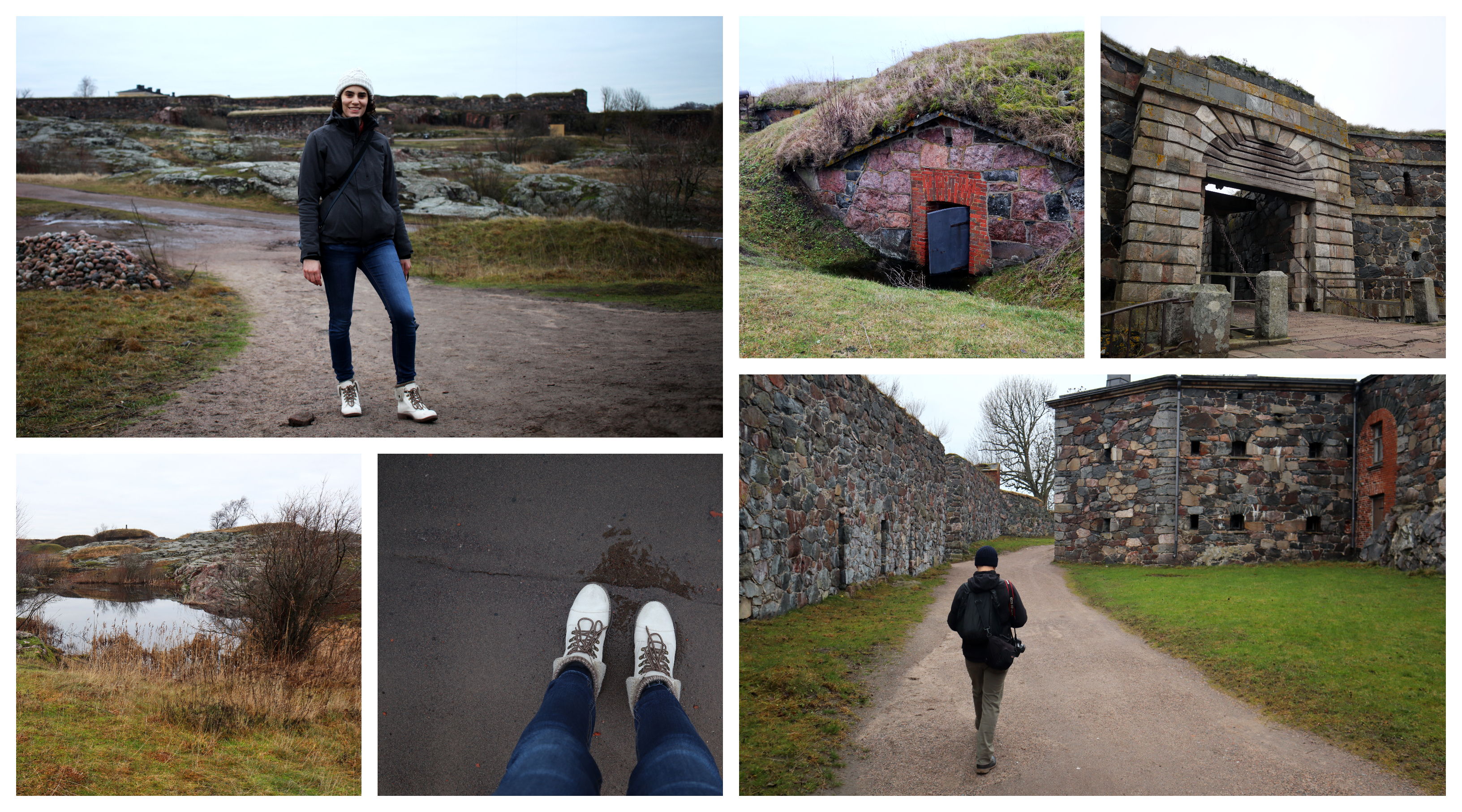 Now, there are two other distinct pieces of Finnish culture we experienced that must be discussed: Saunas and Moomins. I had been in a Finnish sauna several times, but I had never truly done it properly: in the nude, where you sit in the hot for about 10 minutes, dunk yourself in ice water or take an icy shower, and jump back into the steam. It’s supposed to be invigorating? I think? Sean and I stayed in a hotel which gave us our own private sauna, and since I was a bit sick, I figured now was the time to try the Finnish method. It can’t hurt, right?

Except it absolutely did. My skin protested the icy shower so much it was nearly unbearable. It’s just really not for me. I’m happy to sit in the steam, though. That part is fine.

And then there’s Moomins. These little hippo-looking guys are everywhere. Moomins are the central characters in a series of books and a comic strip which began in 1945 by Finnish illustrator Tove Jansson. The best equivalent I can come up with in English is the My Father’s Dragon series that I loved so much as a child. In the 1990s the Moomins got their own TV show, and in 2019 they got a reboot and have resurged in popularity. We watched a good deal of the old show during our downtime in Helsinki and fell in love with these adorable characters.

I also dragged Sean to the Moomin Cafe for a latte and hot chocolate. Little My was my latte art, and I feel like she and I are spiritually linked. 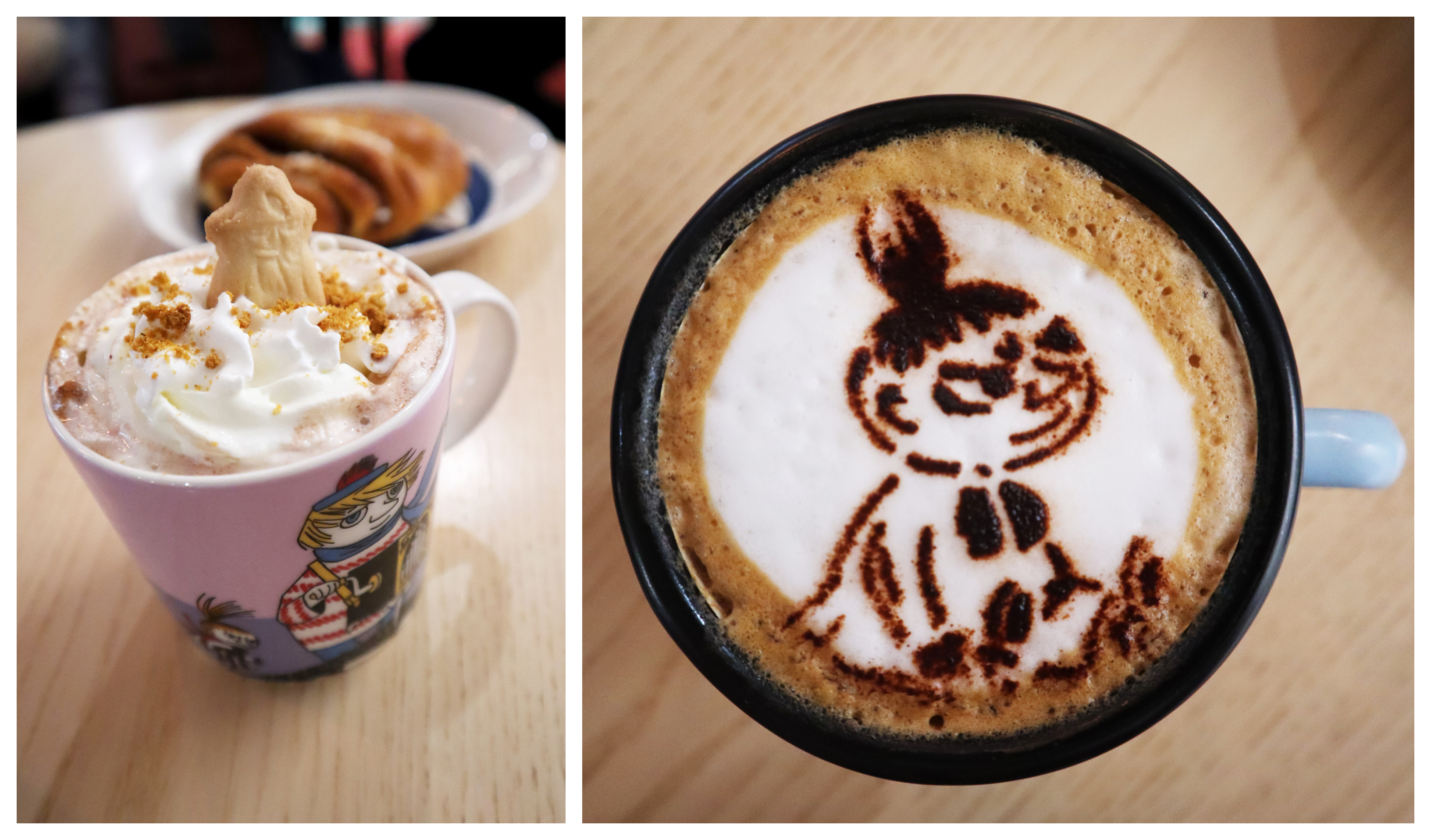 Helsinki is the perfect gateway to Scandanavia. Don’t let the cold weather and lack of sun fool you, it’s incredibly warm and welcoming here. 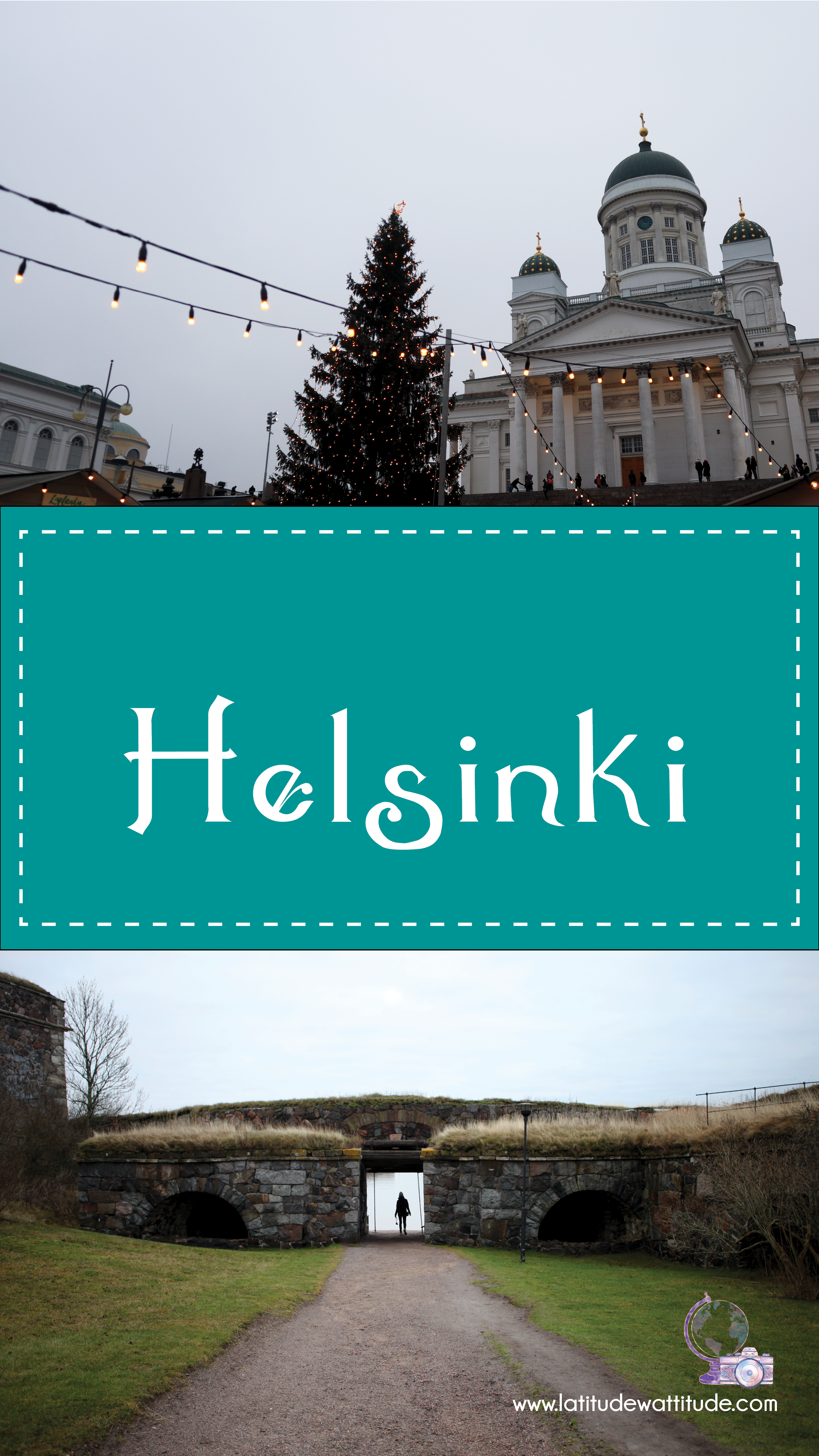