It seems Sean and I are incapable of traveling to just one city or county at a time. After a few lovely days in Helsinki, we continued our week in Scandanavia with a visit to Stockholm. By comparison, Stockholm is the larger city, so we had five jam-packed days to explore. 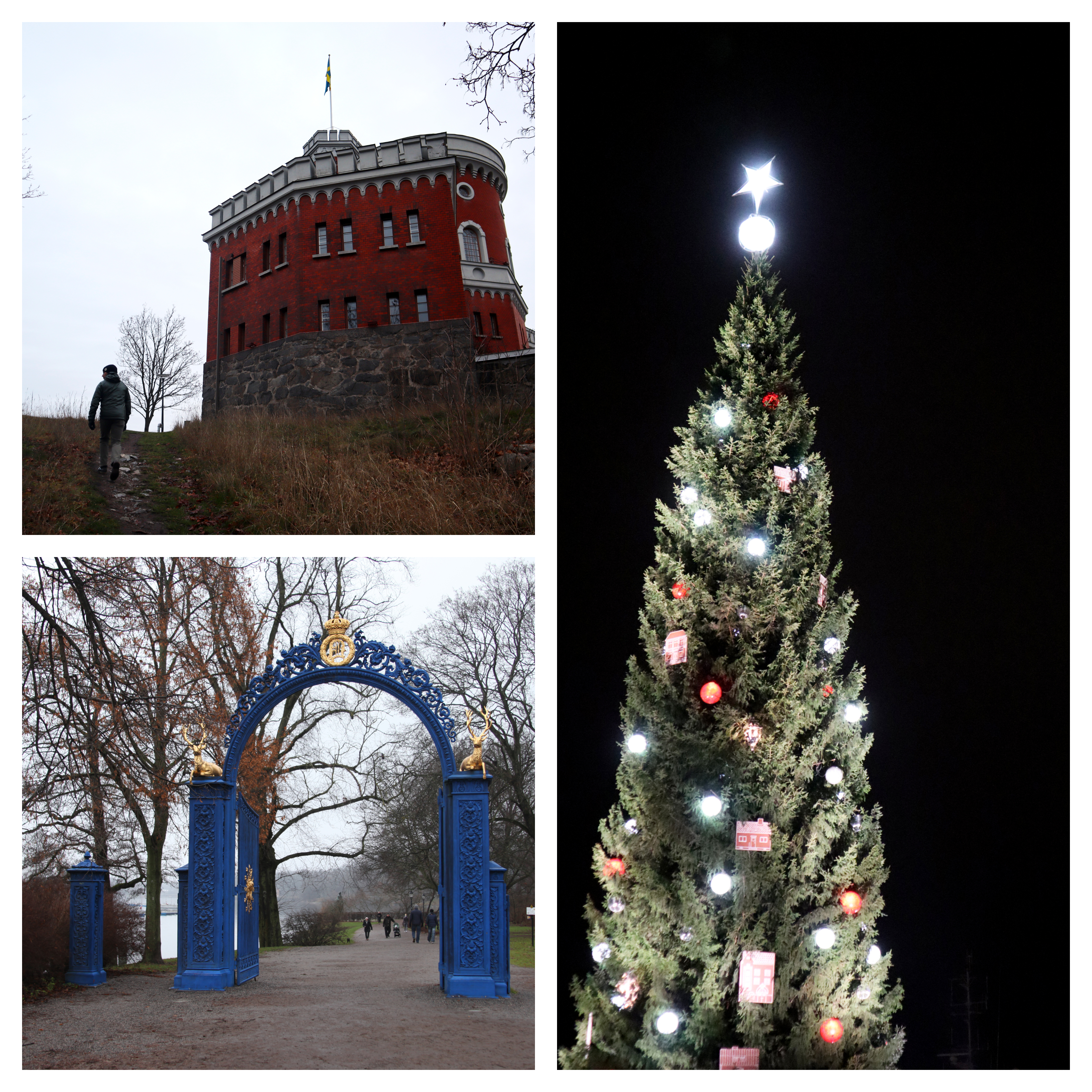 We arrived in Stockholm on Christmas Eve. Like many countries that celebrate Christmas, the city was almost entirely shut down. Our hotel was on Skeppsholmen Island which was a great location to explore the city. It’s far enough away to avoid the hustle and bustle of downtown, but close enough to the action to get around on foot. After dropping our bags and getting situated in our room, we partook in one of the oddest Christmas traditions I’ve ever encountered: the annual viewing of Donald Duck cartoons.

Every Christmas Eve at 3:00 pm the entire country tunes in to watch an hour of the Walt Disney special “From All of Us to All of You,” or Kalle Anka och hans vänner önskar God Jul: “Donald Duck and his friends wish you a Merry Christmas,” on Sweden’s main public-television channel, TV1. This tradition began in 1959 and has continued ever since. The show is an hour of classic Disney mayhem hosted by Jiminy Cricket, who leads viewers through several shorts, film clips. and other cartoons dating from the 1930s through the 1960s.

Viewing this special is serious business. There is to be no talking during the hour-long program – unless of course, you would like to recite your favorite lines (but don’t get them wrong!). All cooking and preparation for Christmas Eve dinner must cease, and cell phone usage drops by about 30% during this time. Emergency services also report a drop in calls during this hour. For English-speakers, like us, the program is dubbed into Swedish, of course, but the English could still be heard faintly in the background. It was a bizarre but wholesome experience. 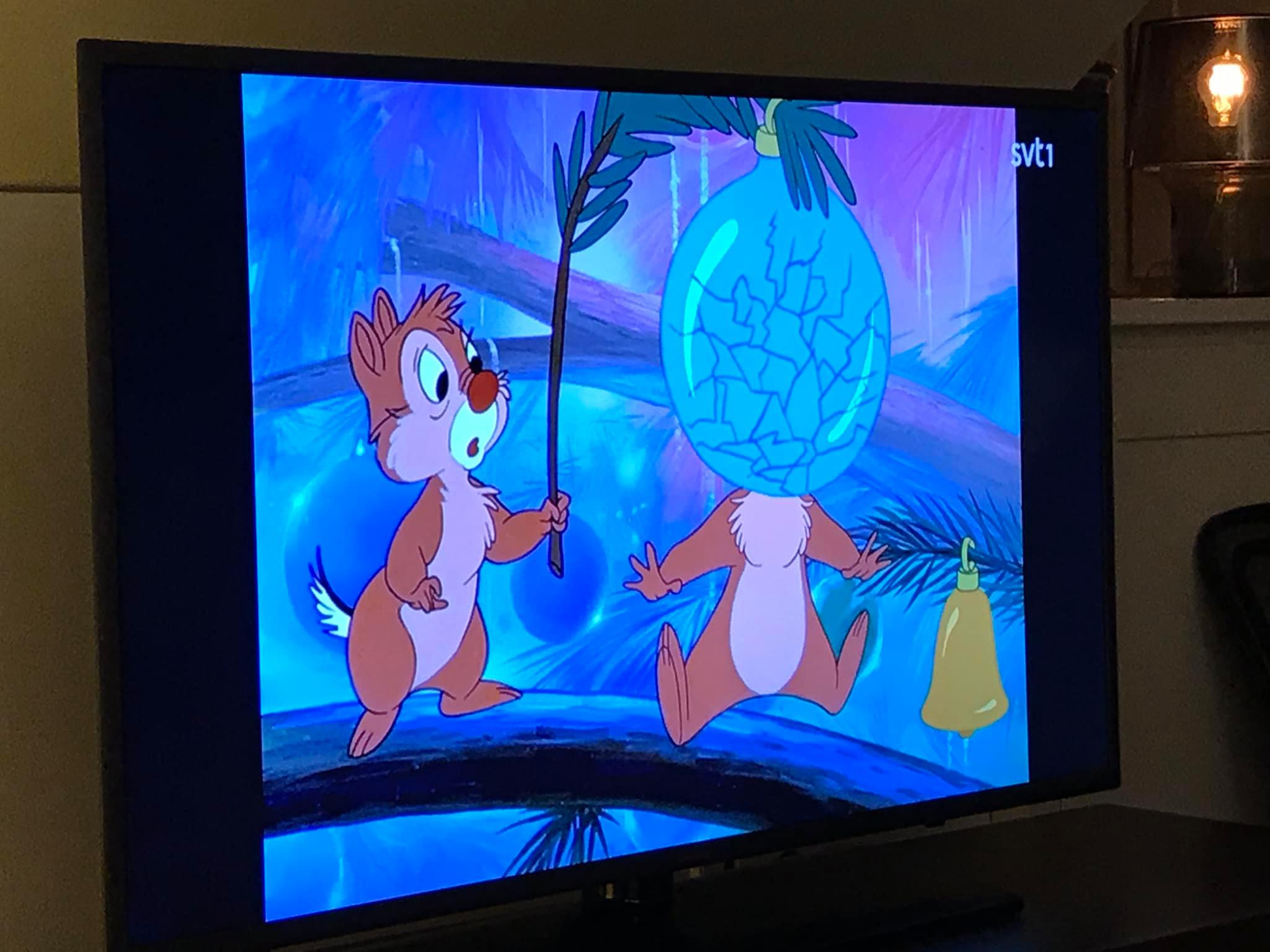 Once the special concluded, we ventured out to explore Old Town (Gamla stan). The sky was threatening snow, it was eerily quiet on the streets, and we got a rare glimpse of stillness as we explored this usually crowded and bustling part of town. It was a quiet and beautiful Christmas Eve. 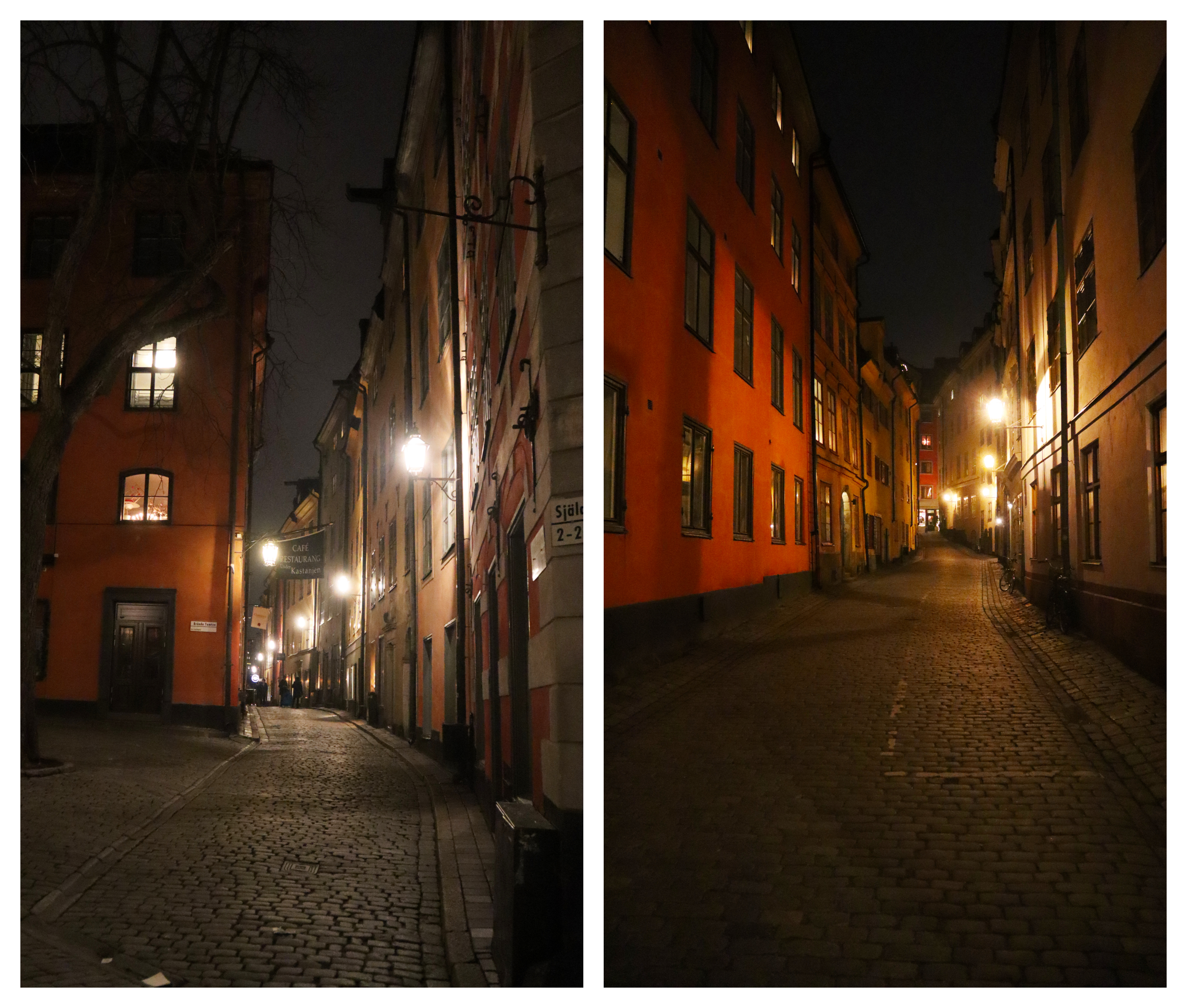 On Christmas Day we explored Skansen, Sweden’s first open-air museum and zoo which was thankfully open. This charming ethnographic museum is a must-see if you’re in Stockholm. It’s a beautifully put-together glimpse into Sweden’s past that has fun shops, events, and exhibits for the whole family. We spent several hours wandering around in the mist that hung low over the exhibits.

We also, obviously, very much enjoyed the name “Skansen” (if you know, you know. Where my Wisconsinites at?). 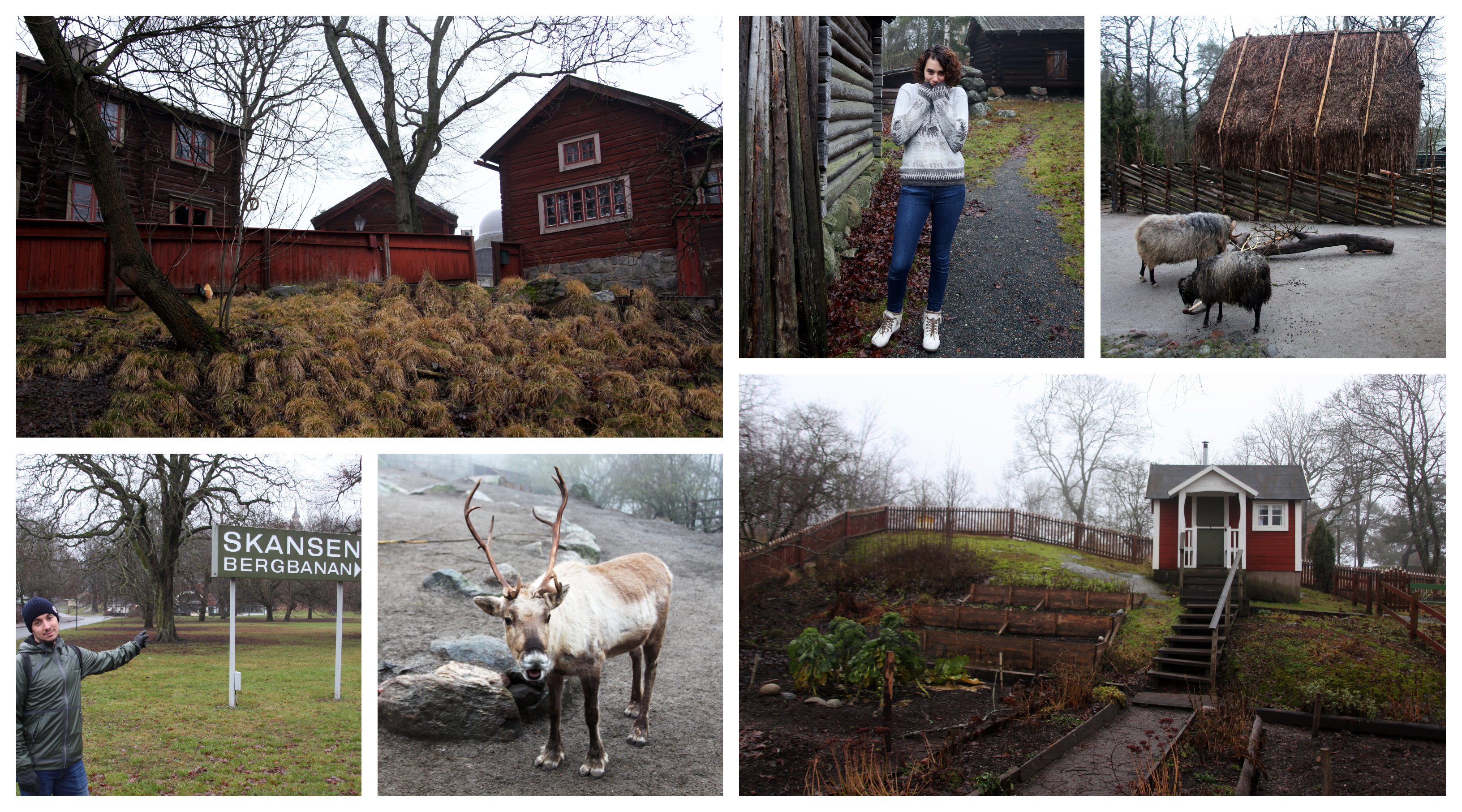 The next day we took advantage of everything re-opening after the holidays and visited two more museums: the Viking Museum, and Vasa. There was no way we were going to escape Scandanavia without Sean immersing himself into his Viking heritage at some point. I will say, while we enjoyed the Viking Museum, it’s probably geared more towards children than adults. Many of the exhibits are interactive and repetitive.

Now, the Vasa Museum was a different story.  Vasa is a nearly fully intact 17th-century warship that was salvaged after she sank on her maiden voyage in 1628. Vasa spent 333 years on the ocean floor before she was rescued in 1961. The museum was built around the ship and is currently Sweden’s most visited museum. I’m usually not a big fan of museums, but I loved the uniqueness of this one. It’s absolutely a must-see.

Plus, it was fun to hear about Poland being “mighty” and “fearsome” during this time in history. 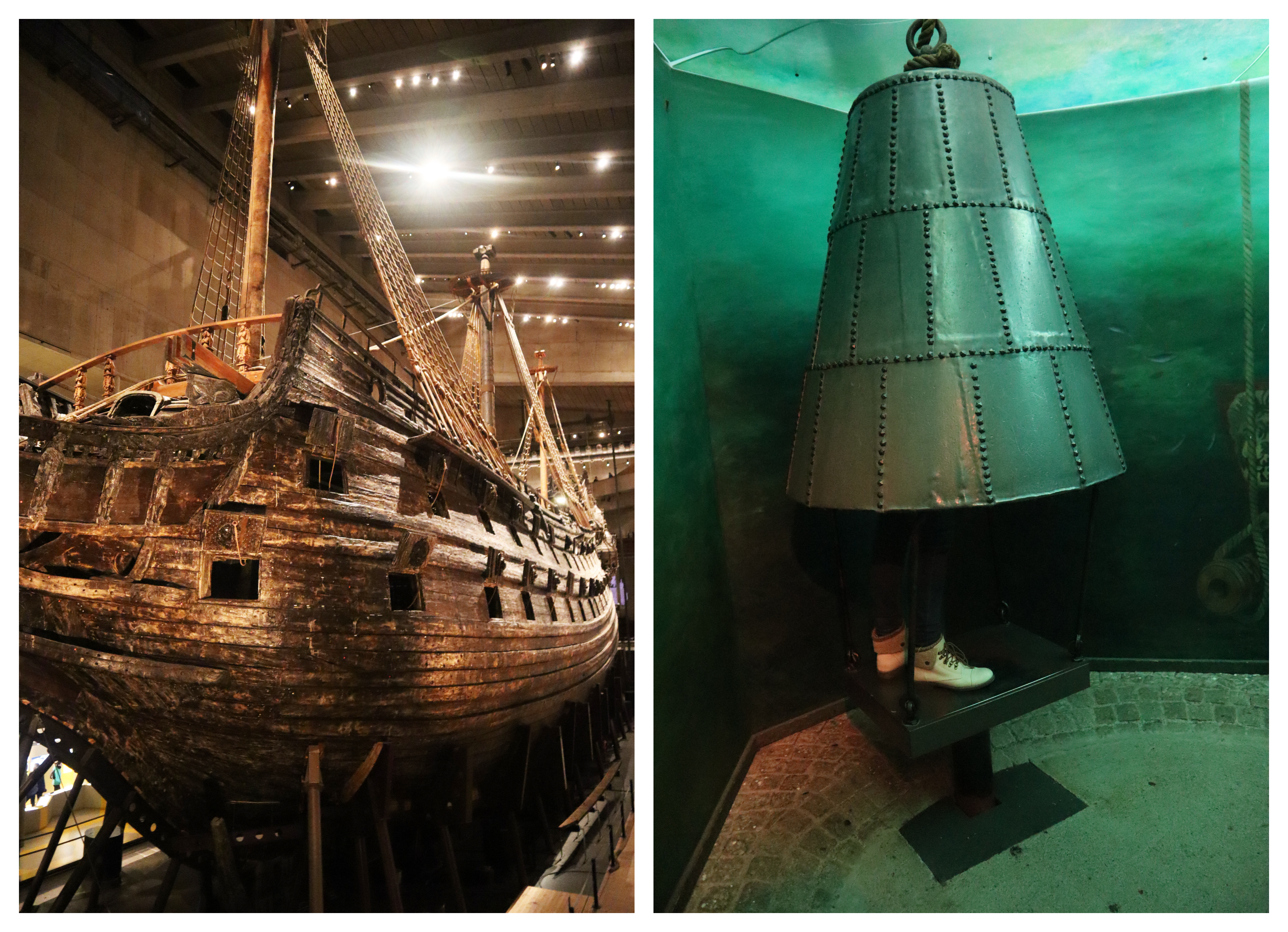 That evening, after a full day of walking and exploring, we were seriously ready to eat. Like I mentioned in my Helsinki blog, it was very important to Sean to experience the food of his ancestors while we were in Scandinavia. One of the most popular places to get a real old-fashioned Swedish smorgasbord is the Grand Hotel. During the holiday season, they switch it up slightly with a Juleboard but the concept remains the same: eat a bunch of delicious food. Our waiter helped us understand the order and process to get the most authentic experience: herring first, then bread, then salmon. Salad is next, followed by cold mains, hot mains, and, lastly, dessert. She told us not to overload our plate and don’t be afraid to return to the buffet multiple times.

We tried our best to practice moderation, but I was sincerely stuffed by the end of our meal. 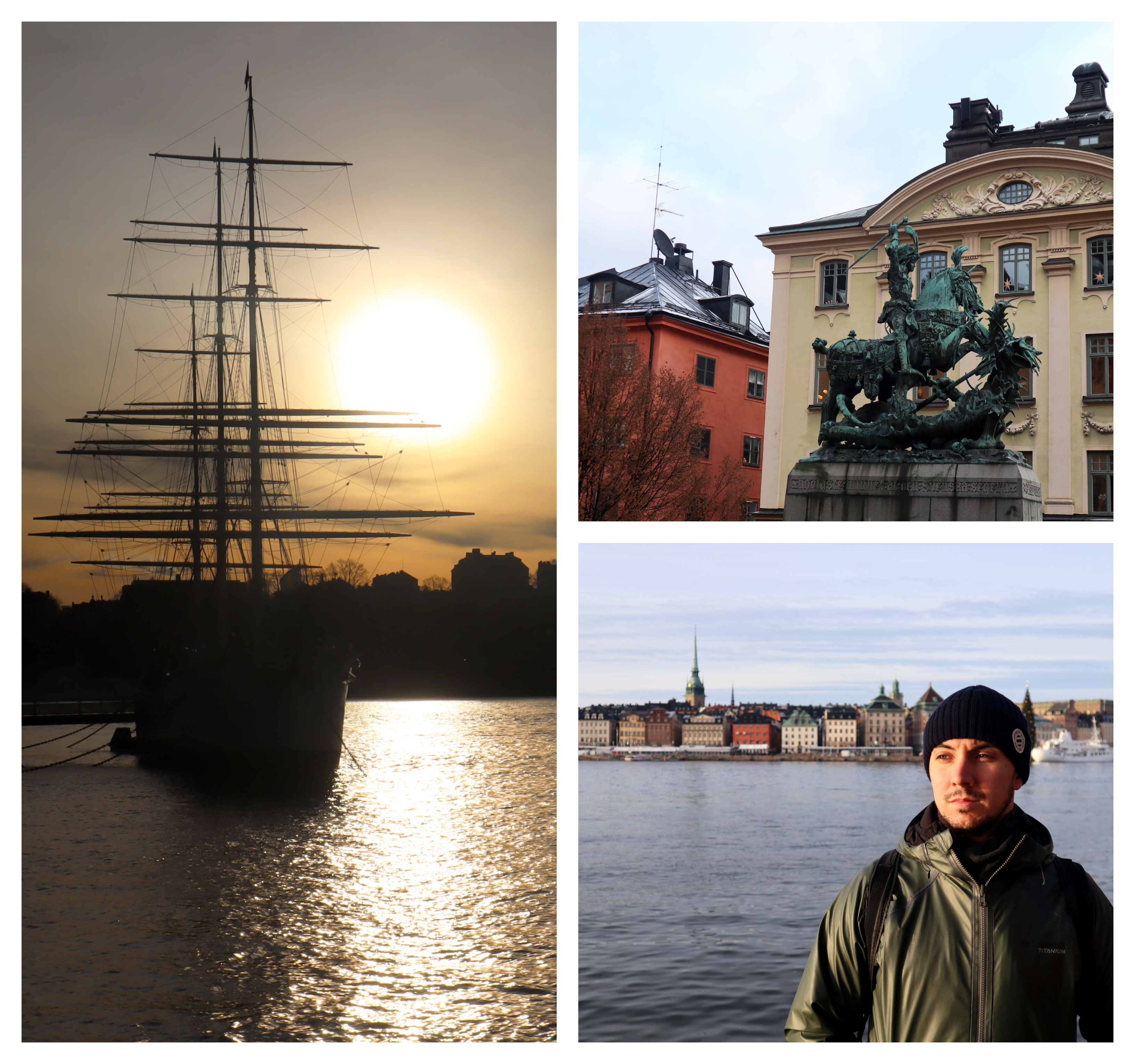 Our final few days are a bit of a haze for me because I, unfortunately, caught some sort of stomach bug that nearly wiped me out. I did my best to rally, so we spent our last day in Stockholm exploring Old Town again and visiting the Medieval Museum. As if the weather was trying to rouse me from my sickness, we also finally got to see the sun, and that evening it even snowed a tiny bit.

Hopefully, we will have the chance to return to Stockholm sometime in the future. I’d love to see this city in the summer. I’m sure it’s just as magical as it was at Christmastime. 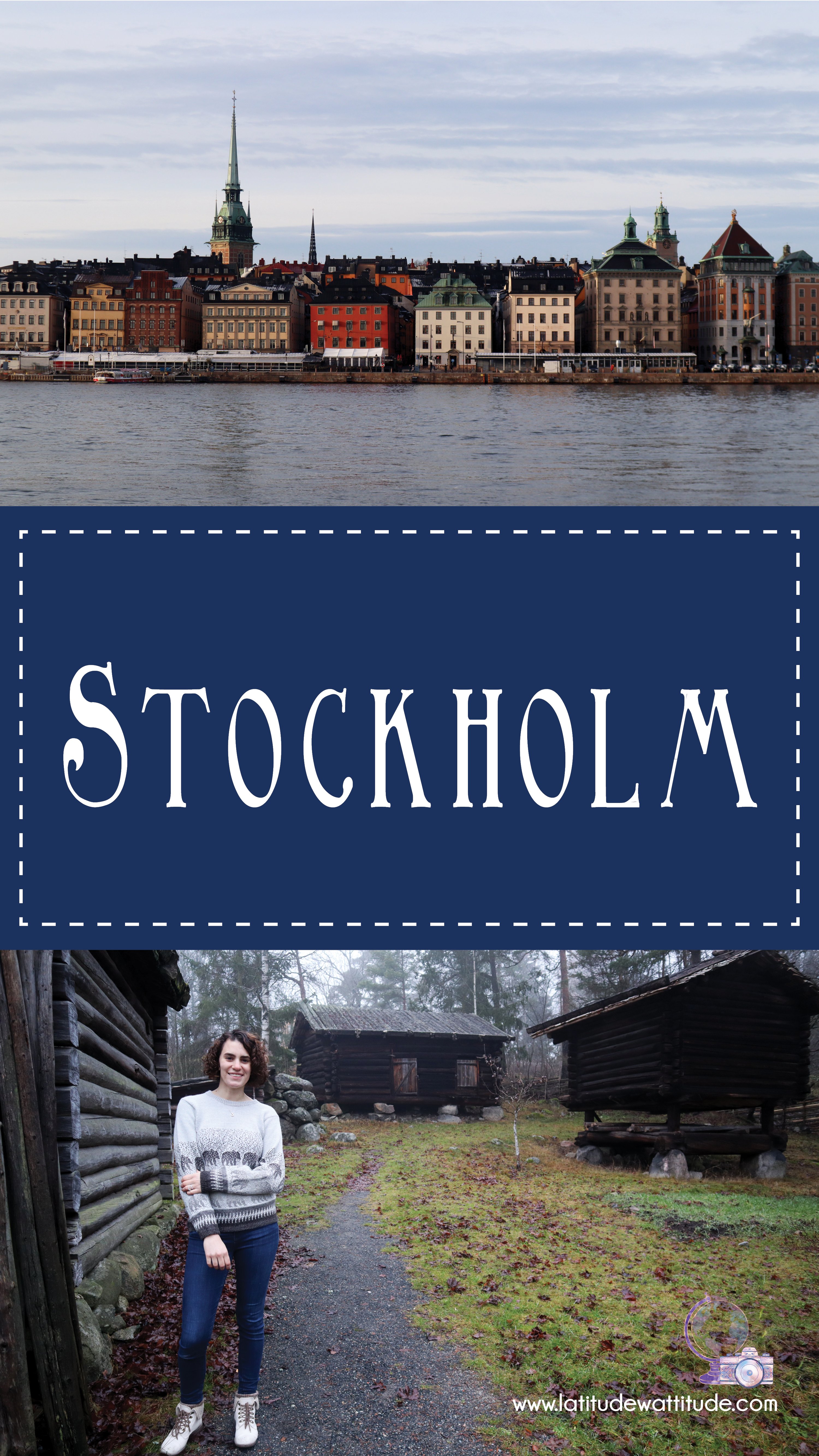 3 thoughts on “Five Days in Stockholm”