This past weekend we were invited to a last-minute quick trip to one of my favorite places in Georgia: Stepantsminda. When we visited this idyllic valley in June we did a ton of hiking, and the shy but stunning Mount Kazbei was completely obscured by clouds and fog. This time around we didn’t set a foot outside Rooms Hotel Kazbegi at all (it was cold!), and, though briefly, Mount Kazbegi was out to play. 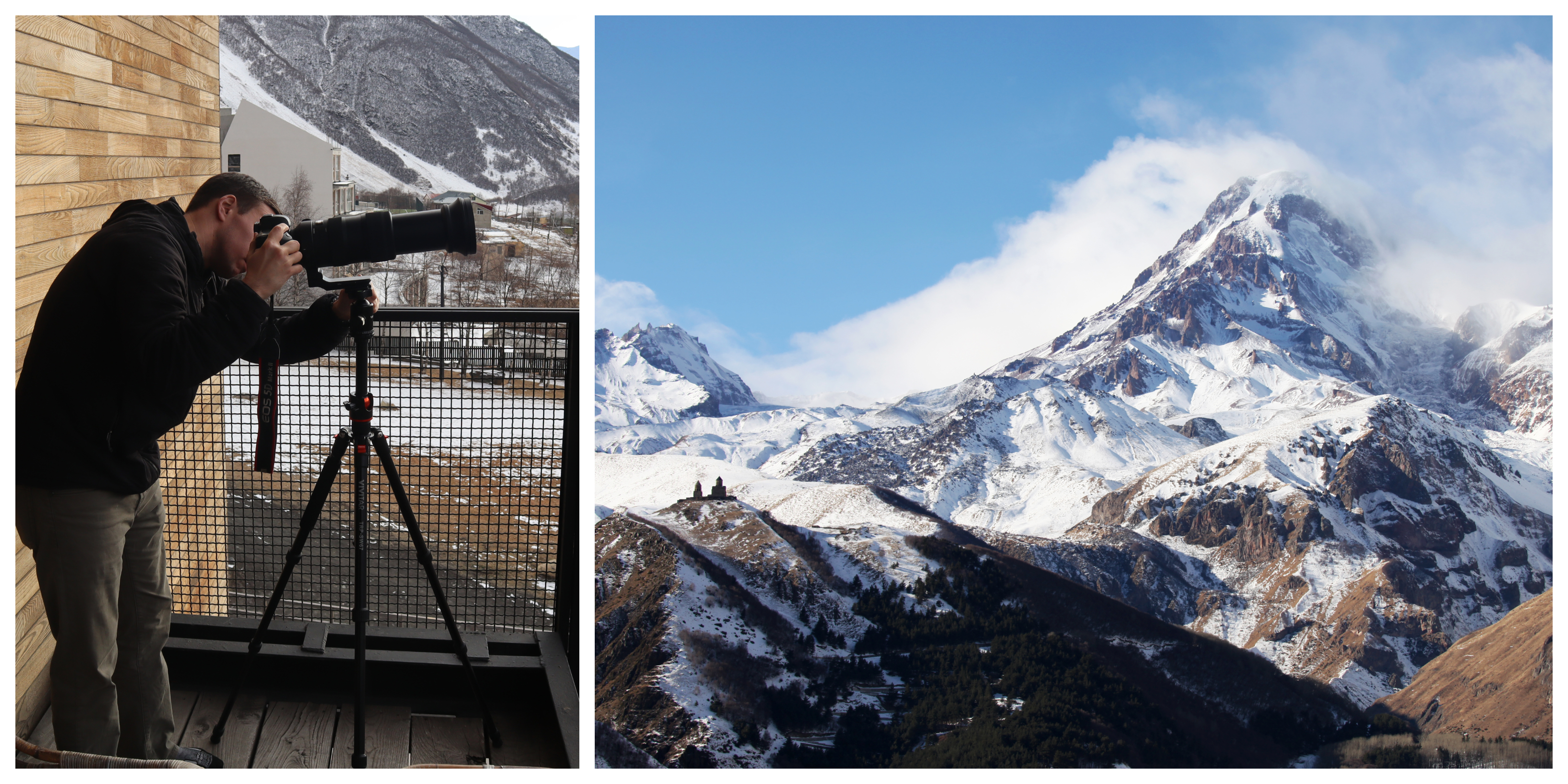 I spoke about Mount Kazbegi a bit in my last post about Stepantsminda, but I wanted to talk about it again today since we finally got to see her in all her glory. I didn’t realize last time that she’s actually a dormant stratovolcano and the second-highest volcanic summit in the Caucasus Mountains. Kazbegi’s name in Georgian, Mqinvartsveri, translates to “Glacier Peak” or “Freezing Cold Peak”. The Vainakh name Bashlam translates as “Molten Mount” which makes a bit less sense to me, personally. It’s also common to hear Mount Kazbei referred to as the “White Bride” or “Bride of the Caucasus” by locals – which is why I keep referring to this mountain as a “her”.

What I didn’t realize the last time we visited Stepantsminda was you can pretty much see the entirety of the mountain top-to-bottom on a clear day. It was also humbling to see Gergeti Trinity Church with Mount Kazbegi as the backdrop. We were feeling pretty accomplished after last summer’s rainy trudge up to the church, but now seeing it in comparison (and knowing several people who have actually summited Mount Kazbegi) I feel much less so. It’s still a challenging and fun hike up to the church, but I know I could never keep up with any sort of trek to the summit of this 16,581-foot tall beauty. 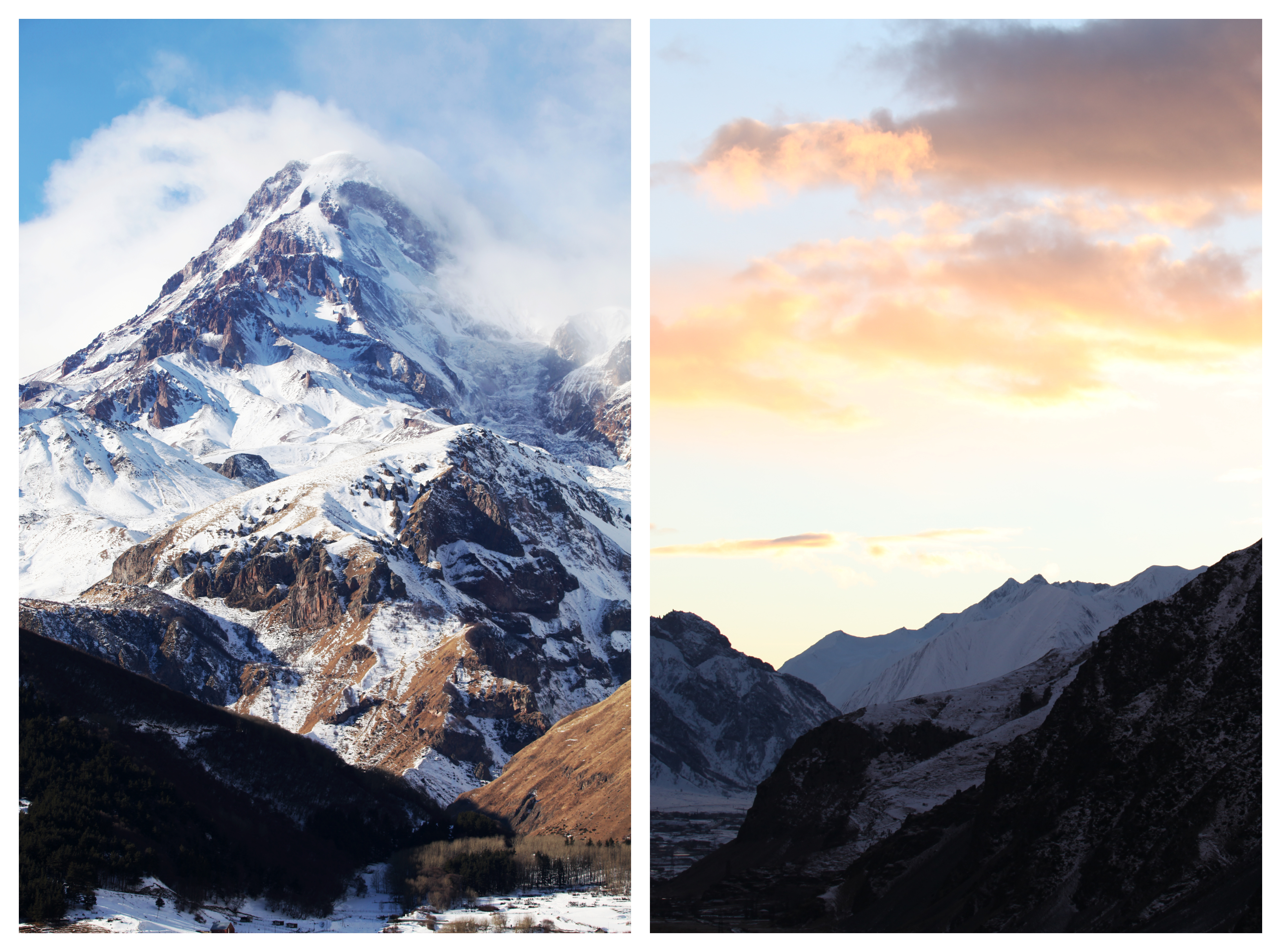 I brought along my Sigma 60-600mm lens hoping to capture this stunning mountain, and we also took a few time-lapse movies on the little camera (though they didn’t turn out as nice as I would have hoped; there’s still a learning curve with my Canon M50). Once the sun went down we enjoyed a leisurely time with friends, playing games and relaxing after the some-what hectic holiday season.

If you are in need of a serene and beautiful getaway during your time in Tbilisi, look no further than Stepantsminda. I hope to make it back here again before we leave Georgia, and I’m sure these memories of such a beautiful place will stay with me for a lifetime. 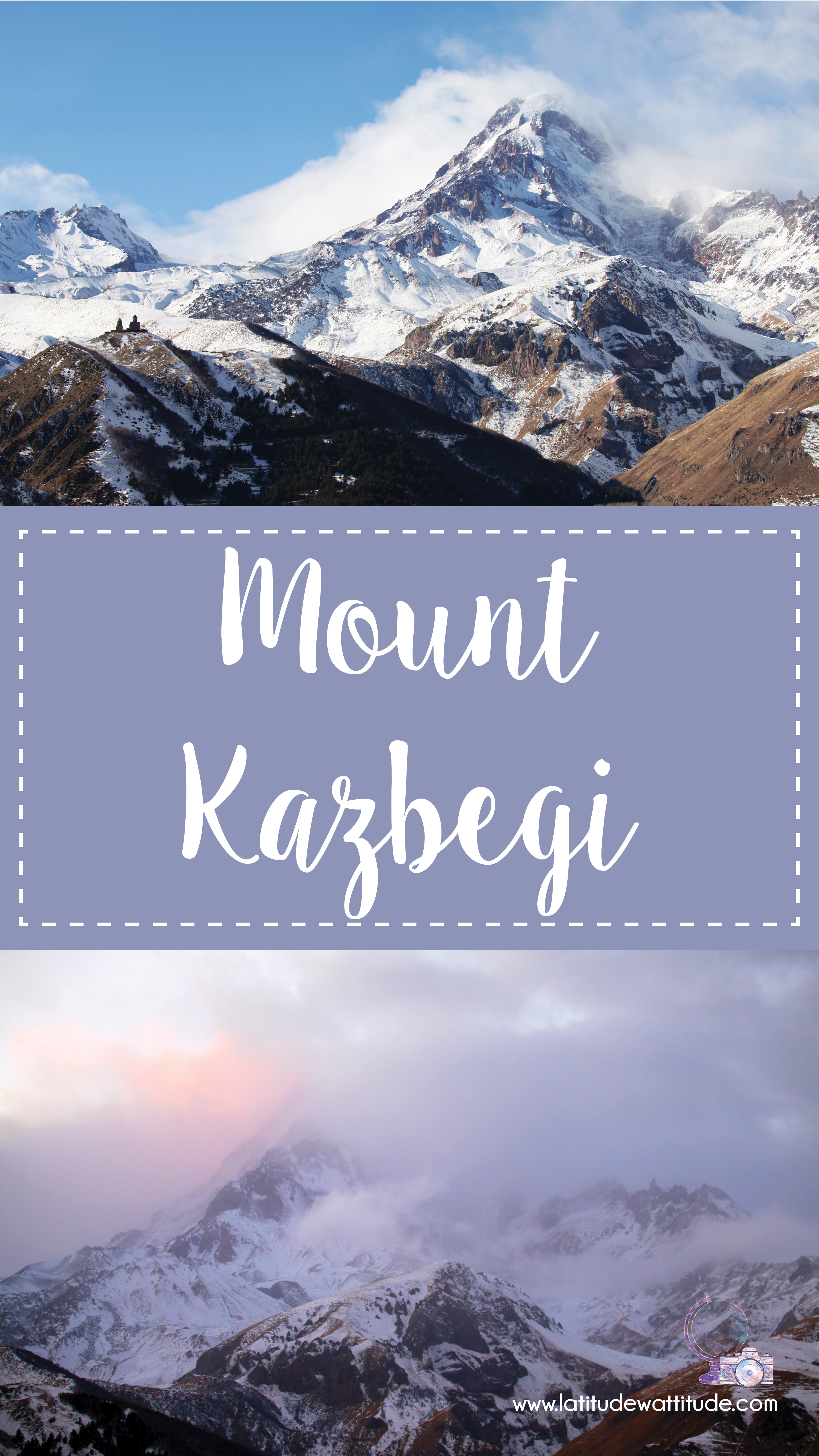