This past weekend we were supposed to go skiing, but Mother Nature had other plans. It hasn’t snowed much in Georgia this winter – there’s barely enough snow in Gudauri for a decent base layer let alone proper skiing. Since our time here may be running thin (long story) we oped out of so-so ski conditions and decided to make the four-hour drive to Vardzia Cave City. 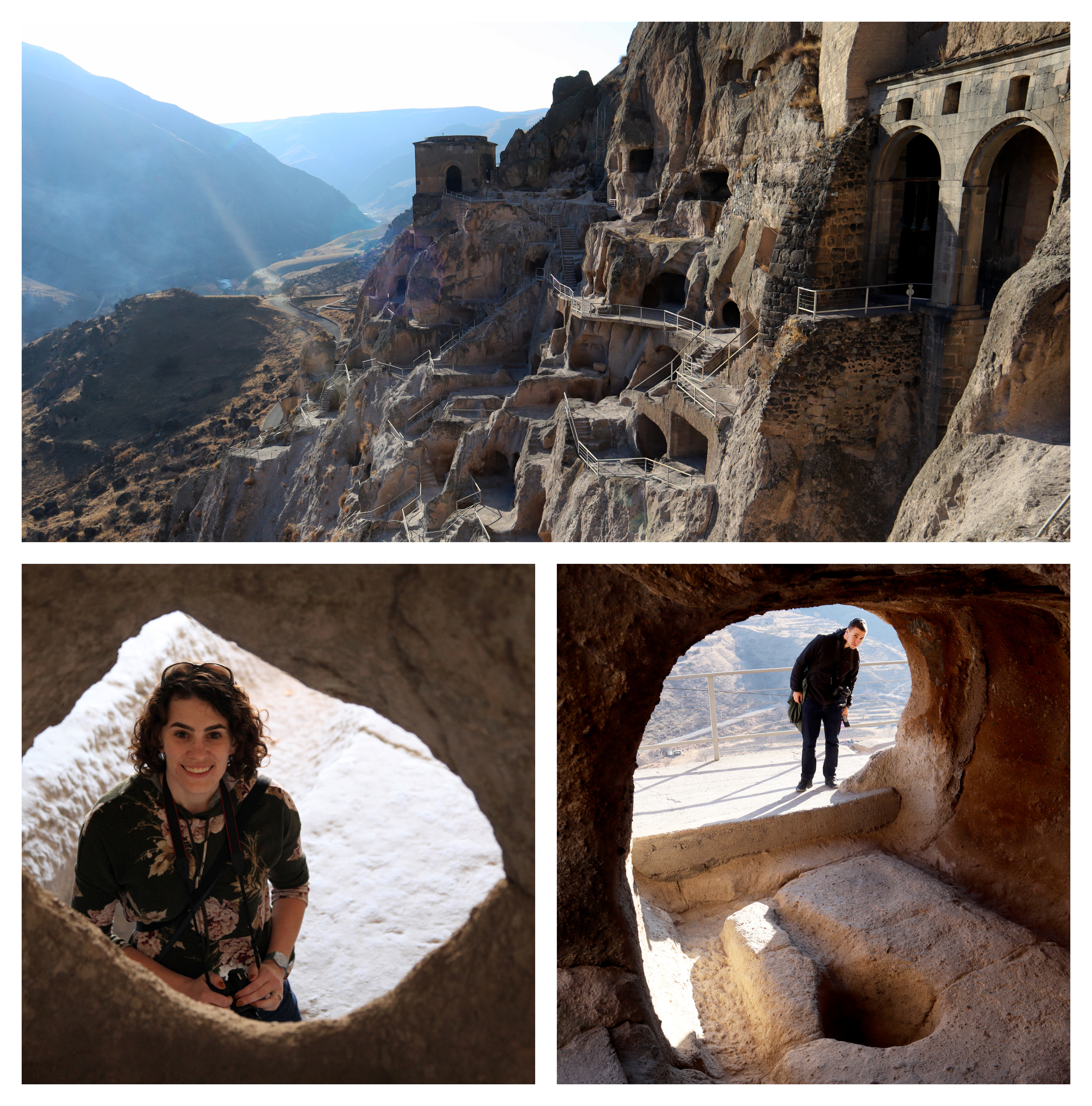 From Tbilisi, there are two routes to get to Vardzia. Gori Highway is probably the more popular, but the southern route through Ninotsminda is much more interesting. We decided to go south since it was new to us, and we enjoyed watching Georgia’s unique scenery go by. Georiga is one of those countries where as you’re driving you’ll find yourself in mountains, forests, deserts, and river valleys all in the span of a few hours. It’s approximately a four-hour drive either route you choose, and you need about 2-3 hours to explore the city at a decent pace. This trip is definitely doable in a day, but we decided to spend the night in Borjomi to break up the return drive. The cave city is open every day except Mondays and hours vary with the seasons. 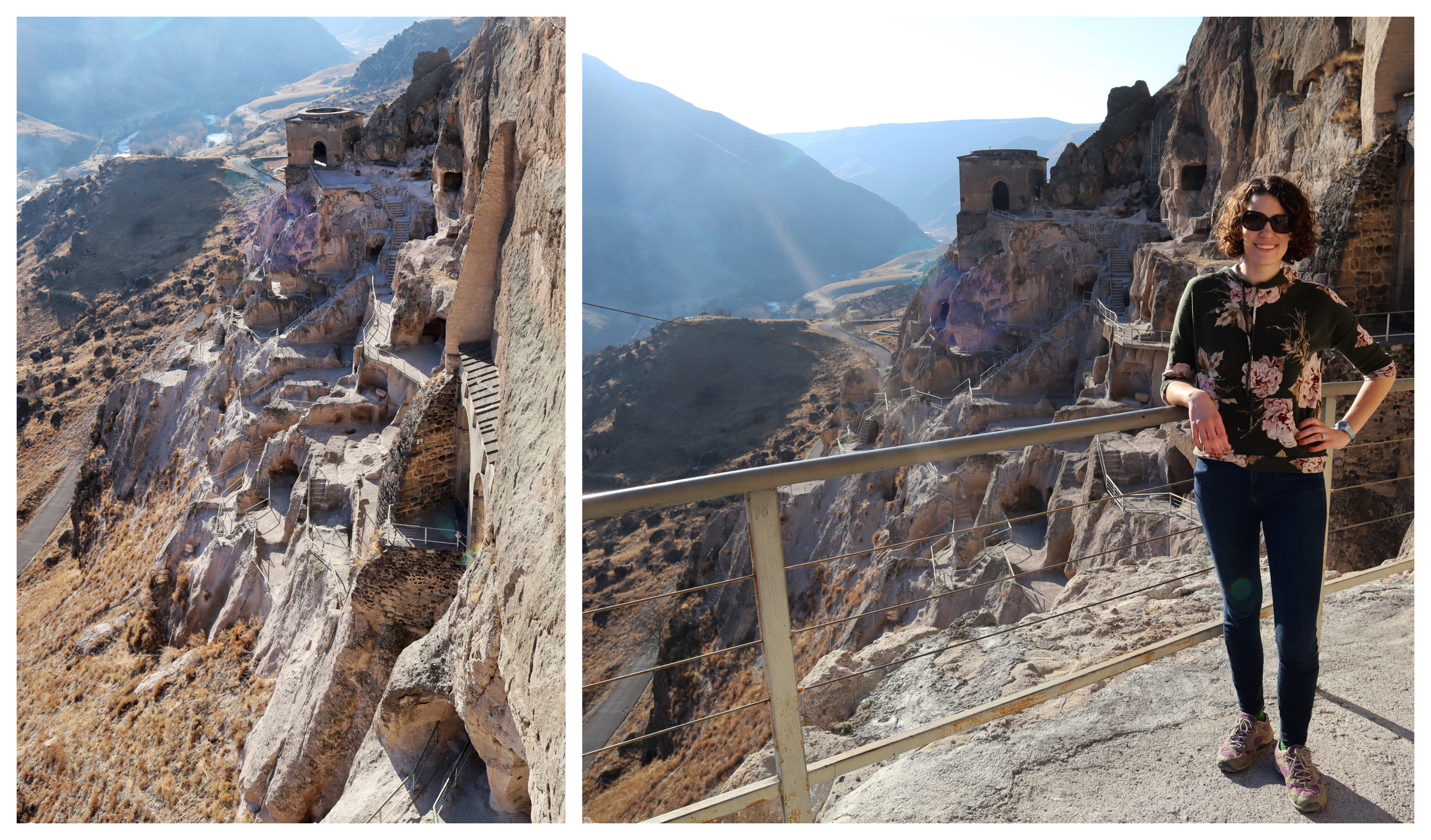 Vardzia was excavated from the slopes of the Erusheti Mountain on the left bank of the Kura River during the second half of the 12th century. At the time, Georgia was constantly under siege from Mongol hoards rampaging around Europe, so Queen Tamar ordered the construction of the underground city. Upon completion, the fortress stood 13 levels tall and contained 6,000 apartments, a throne room and a large church with an external bell tower. It was almost entirely underground and hidden from view.

The fortress was all but impenetrable, but unfortunately, luck was not on their side. In 1283, a massive earthquake ripped Varzia apart. The quake shattered the mountain slope destroying more than two-thirds of the city and exposing the hidden remainder. However, in spite of this tragedy, the monastery community persisted until 1551 when it was raided, destroyed, and more or less left in its current state. 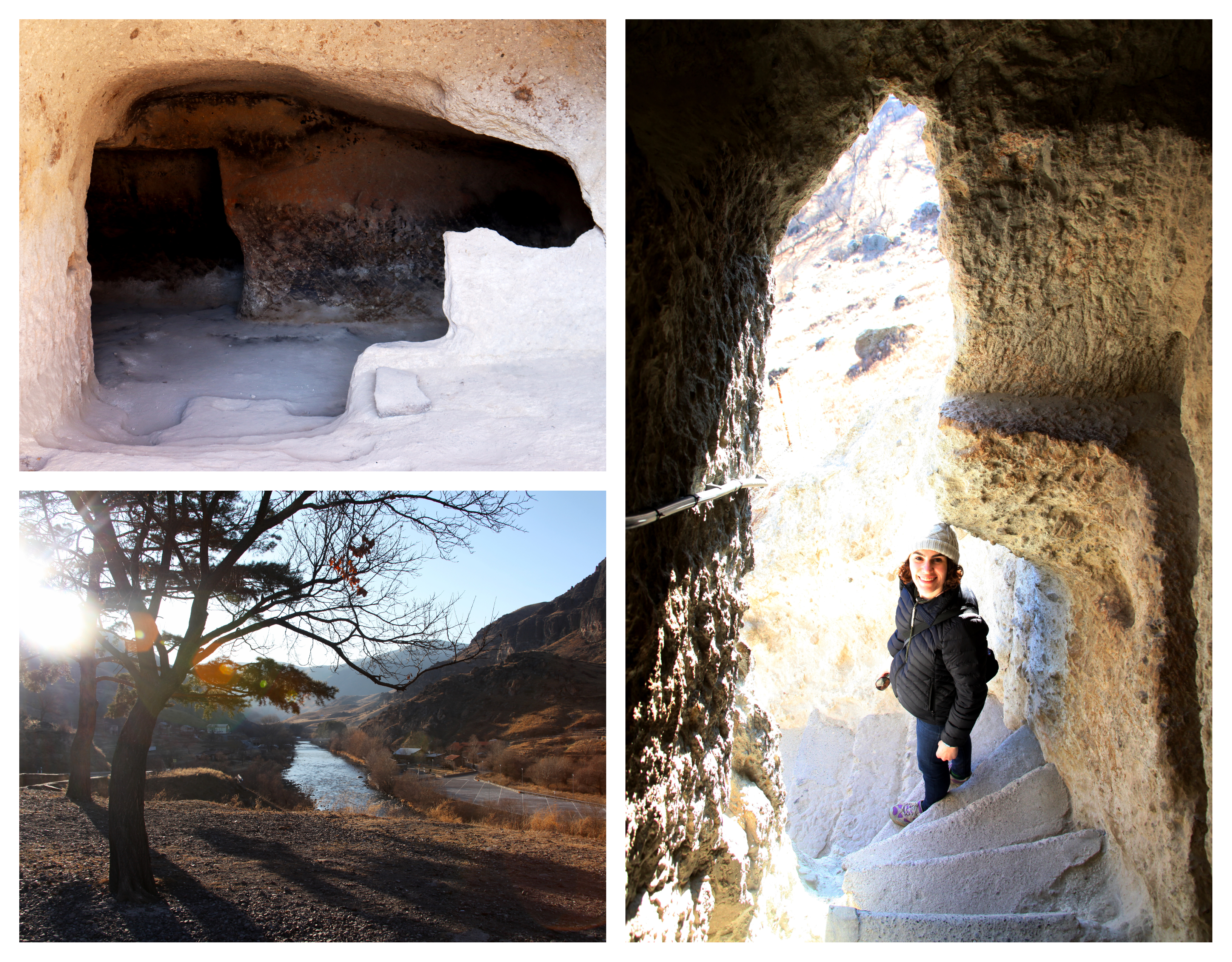 Today Vardzia is maintained by a few remaining monks and accessible as a tourist attraction. Entrance to the city is extremely inexpensive (7 GEL or $2.50) and they even offer an audio guide in several languages including English (15 GEL or $5.25). I highly recommend the guide – we learned so much from it as we explored the city. English speaking guides are also available for hire if you wish.

The climb up to the start of the path is steep, but you can pay a driver to take you up the switchback road. The path within the ancient city is well marked and mostly flat – though there are a few places where we had to crouch and squeeze through tight tunnels and a few very steep descents on very old stairs. I definitely recommending solid shoes and caution if you visit on a wet or winter day.

Though it may not have been our first choice for this weekend. I’m very glad we finally visited this unique place. Vardzia is an iconic piece of Georgian history, and a very fascinating and worthwhile day or overnight trip out of Tbilisi. No trip to Western Georiga is complete without it. 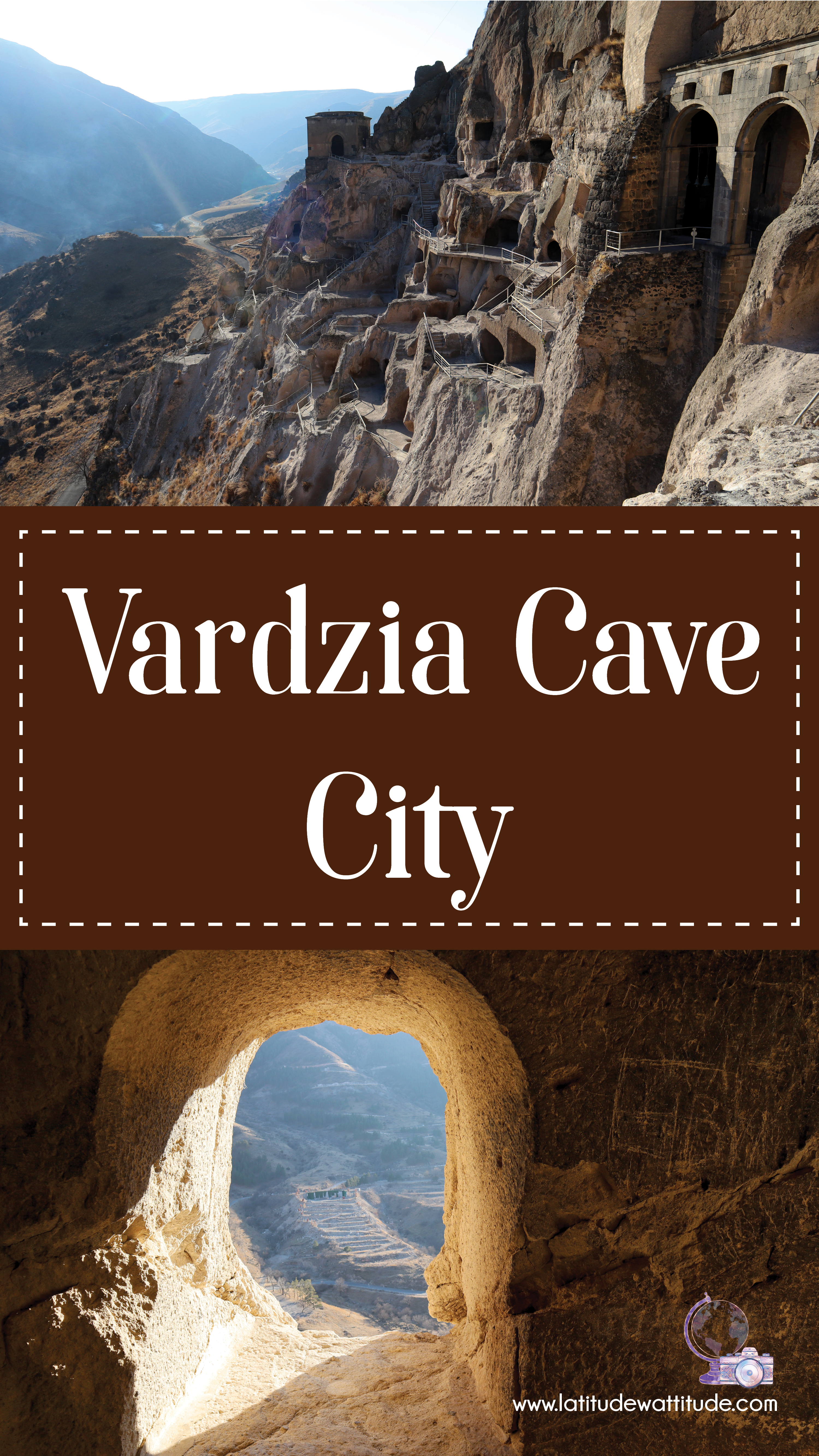