If you’re new around here, hello. I’m Kristen, and I have five animals. Three of them are rather large dogs. Yes, we move them around the world with us. Yes, they are all mutts. Yes, there are too many but there’s nothing I can do about that at this point. They are my babies and we love them.

Now, this may be a symptom of my genetics background. Or perhaps it’s my sheer curiosity to get to the bottom of these three unique animals. I’m not entirely sure, but I’ve always been extremely curious about their genetic makeup. They are all black, yes, but they all look do different and distinct I’ve been dying to know exactly what is happening here. For Christmas, the only thing I could think of to ask for was DNA testing kits, and last month we got our results for this motley crew.

So what is an SNP analysis? All DNA is made from four nucleotides (A, T, C, and G). As DNA replicates it’s very common to have errors occur in the process. These errors can be benign, but sometimes changes in characteristics can occur from just a single base out of sequence. These single-nucleotide errors are called SNPs (pronounced snips). Variations in the DNA sequences of humans and animals can affect how they develop diseases, respond to pathogens, chemicals, drugs, etc. In commercial use like 23&Me or Wisdom Panel, these SNPs are analyzed to tell us about our ancestry. It can also make predictions such as eye color, hair color, the presence of a widow’s peak, and all sorts of little traits.

The results from our Wisdom Panels on our three pups were quite interesting. I’ll break each one down by each individual dog, starting with my beautiful Izzie-girl.

I will say, of my three, her ancestry report was the most surprising. She was billed to us as a husky-lab mix, but there was no conclusive evidence that she has lab in her at all. I’ve had several people tell me she looks like a German shepherd so that didn’t surprise me, but I’m thrilled she tested positive for Aussie shepherd as well. I love shepherd dogs and it makes sense with how ridiculously intelligent this girl is.

I’m also happy we can confirm that Sean’s husky is in fact part husky. I was a bit worried since aside from her face shape she looks nothing like a husky. We’d love her all the same, of course, but now we know for sure Sean got his husky girl like he’s always wanted.

This chart is interesting, but to get an idea of what exactly happened to make up the Saucy Girl, you have to look at her family tree. 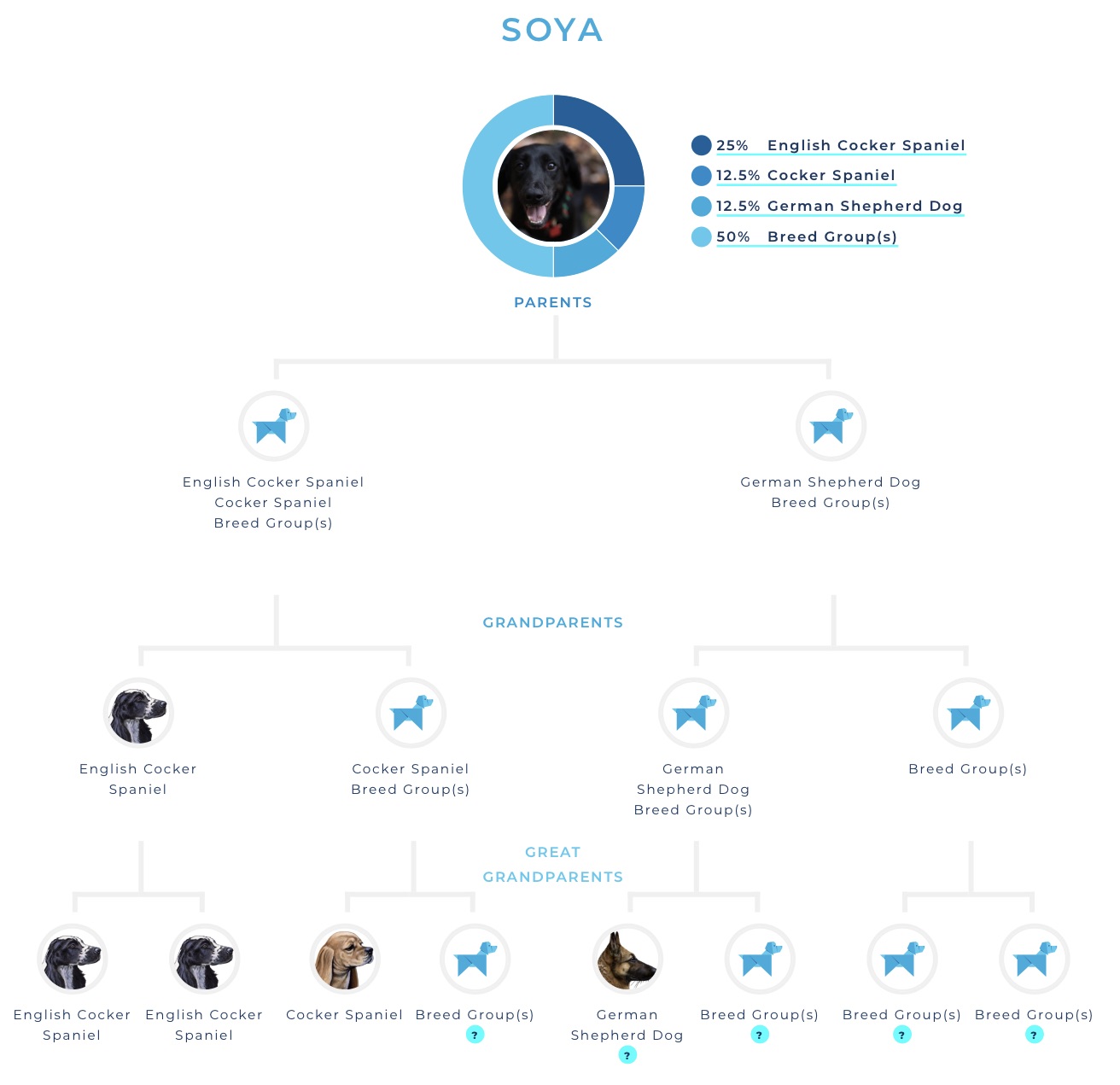 Basically, her parents were Lady and the Tramp. Basically, she’s a Disney Princess.

Boy, does that explain a lot.

Oh, my sweet baby boy. Of all the charts, I was most worried about Renny’s. He’s a Tajik street dog as pure as they come, so I was pretty sure the results were going to come back with “congratulations! it’s a dog” and that’s just about what happened here. His DNA is so muddled he fell into the small percentage of dogs tested by Wisdom Panel that they couldn’t clearly identify. Hence his “Mega Mutt” declaration on his chart.

Personally, based on my own research, I think Ren’s breed has not been fully described. Tajik herding dogs come in many colors, but their physical features are all relatively similar. They are all about 70 pounds, barrel-chested, long-legged, with small ears and long, curly tails. That said, I’ve seen so many photos of nearly all-black Tajik street dogs with white legs with spots just like Renny’s. There’s no way this is happening by coincidence.

We found a few sites actually selling these Tajik village dogs in Europe, but they still don’t have a fully American Kennel Club recognized breed. There’s also evidence to suggest Ren’s breed was created in the Soviet Union by mixing three breeds – much like how the American pit bull terrier was bred from Staffordshire terrier, old English bulldog, and old English terrier “stock.” Whatever his origins may be, I love my Mega Mutt and all his goofiness.

Overall, this doggy DNA testing was a ton of fun. It may not be the most groundbreaking information, but it provided their science-minded mother a few hours of entertainment. Now to convince Iz that I am still in charge in spite of her intelligence, Soya that though she may be the product of a Disney movie she’s not allowed to sleep on the people bed, and Ren that Mega Mutt is a badge of honor. 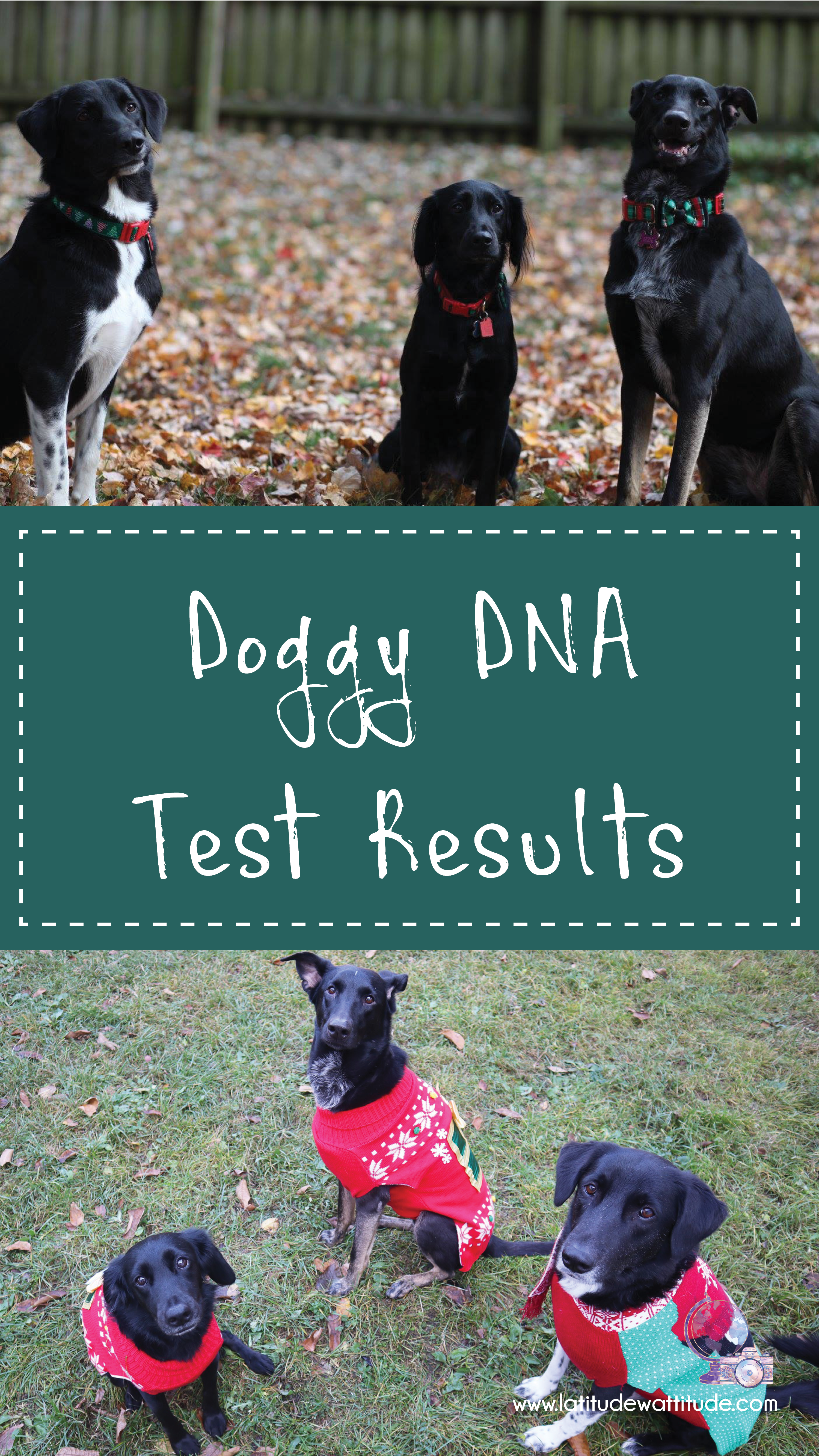