One of my absolute favorite Georgian foods is khinkali. While the name is unique to Georgia, of course, the concept is fairly universal: delicious dumplings. I grew up eating the Polish version – pierogi – and have fond memories of going to the Polish deli with my parents and then frying them up on the stove. Over the years I’ve tried many different types of dumplings from all around the world, and though they may vary in filling and wrapper, I do think it’s one of the ties that bind humans together. No matter what we may call them, we all like dumplings.

Khinkali originally came from the mountain regions of Tusheti, Pshavi, Mtiuleti, and Khevsuret in the northeast part of the country. The filling varies by region, but I’ve found the most common in Tbilisi is a mixture of well-spiced ground pork and beef. The meat is uncooked with the dumplings are assembled to trap the juices inside. It’s also common to add water or broth to the meat to preserve juiciness while it cooks. The meat is spiced with chili pepper, salt, cumin, and in some modern methods parsley and cilantro are added. You can also use mushrooms (which is my favorite), potatoes, or cheese in place of the meat. 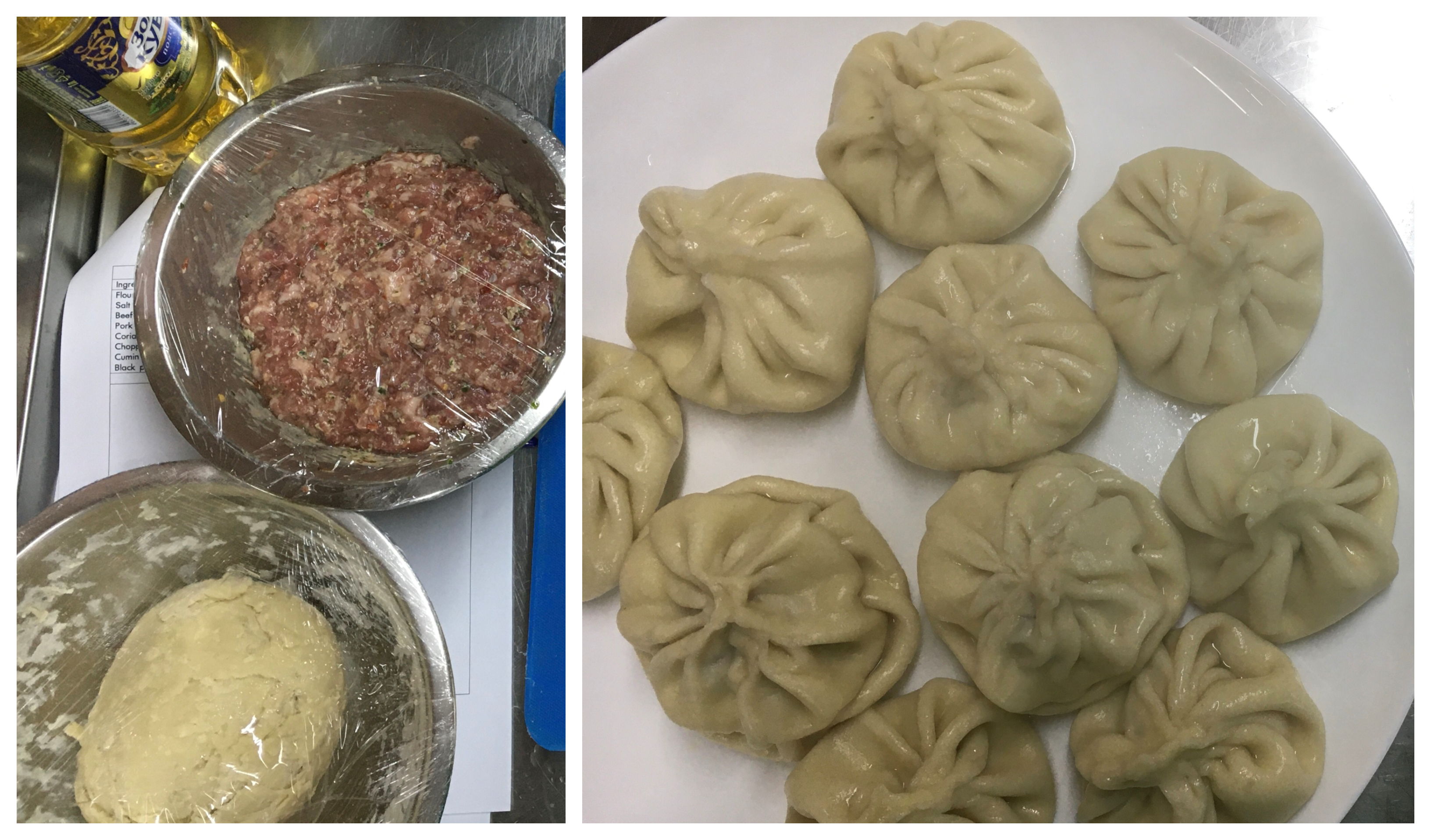 At our cooking class which was held at the Agricultural University of Georgia’s culinary institute, we got a 100% immersive crash course in khinkali. We made the dough ourselves, spiced the meat, rolled out the dough into circles, and assembled the khinkali. As you can see from the photos, khinkali has a distinct shape with pleats around the outside with the knot or “tail” at the top. To assemble, you must carefully fold the dough around the meat mixture and pinch it off completely to form the tail. Any rips, tears, or holes will cause them to fall apart upon boiling.

For me, the hardest part of the class was achieving the ideal number of folds in the dumplings – 19. Apparently, according to legend, if you are able to achieve 19 folds you are considered prime marriage material.

Sorry, Sean, you’ll have to take me as is. Our vows did say “for better or for worse” let me remind you…

Once your khinkali are assembled, you dump them into boiling water for about seven minutes. This will cook the meat and set the dough. Once you’ve fished them out and they’ve cooled some they are ready to eat. Khinkali are eaten plain or with a sprinkling of black pepper. They are also eaten with your hands – another reason why I find them so fun. It’s actually considered incorrect and childish to eat a khinkali with utensils because the tastiest part is the trapped juice. You literally take your first bite and then – quite loudly if you’re me – suck out all the juices. If you use a fork you will rupture the khinkali and the juice will be wasted. You also don’t eat the knot since it’s all dough anyway. This is used to count how many you’ve eaten throughout the meal. 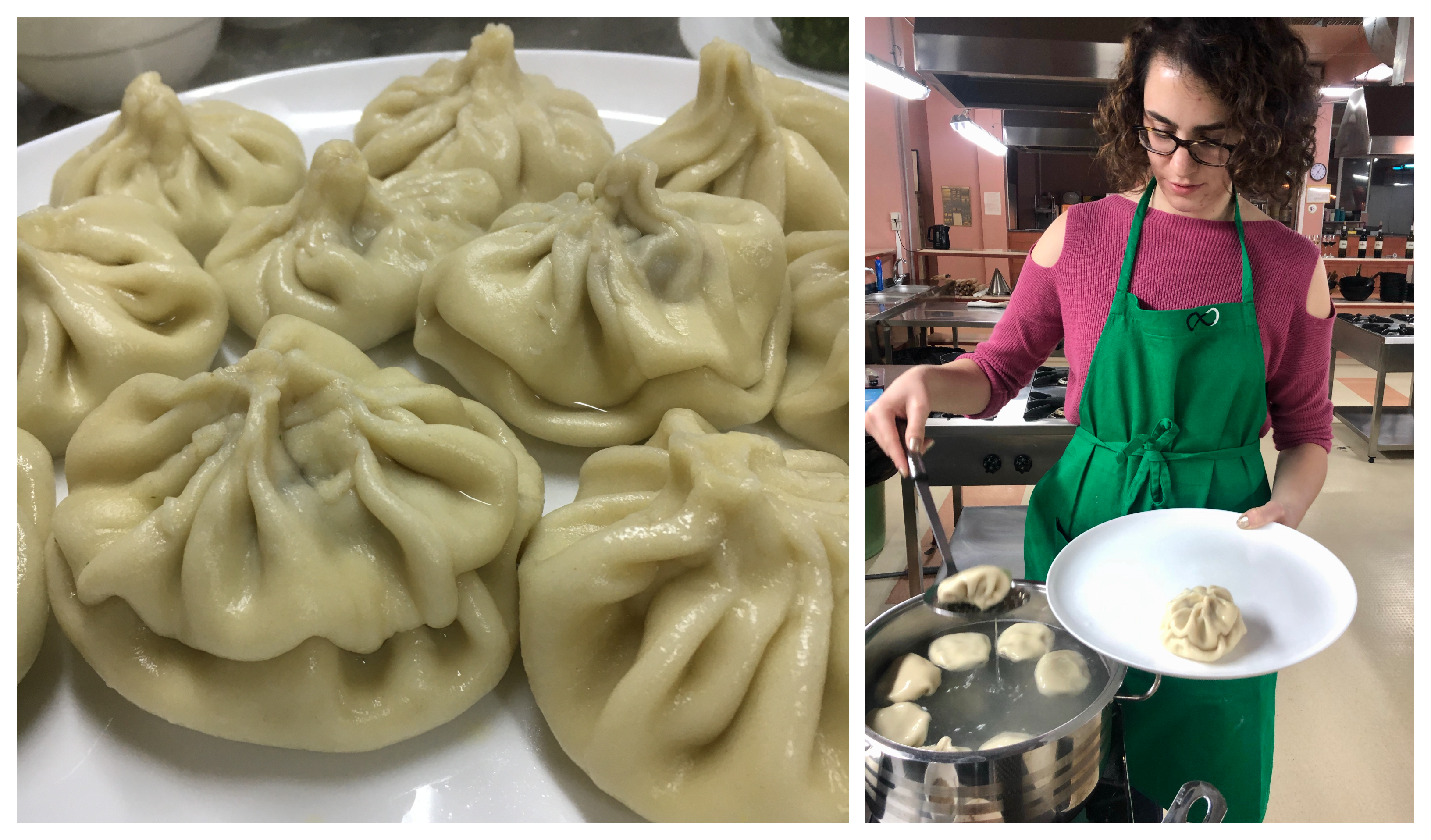 My dumplings were perhaps not the most beautiful khinkali that ever existed, but I had a ton of fun learning how to make these tasty treats. Not only do I have a newfound appreciation for them, but I also definitely want to try again to perfect the technique. I don’t think Sean will mind an abundance of dumplings in his future.

So long as he’s ok with them never having 19 folds. 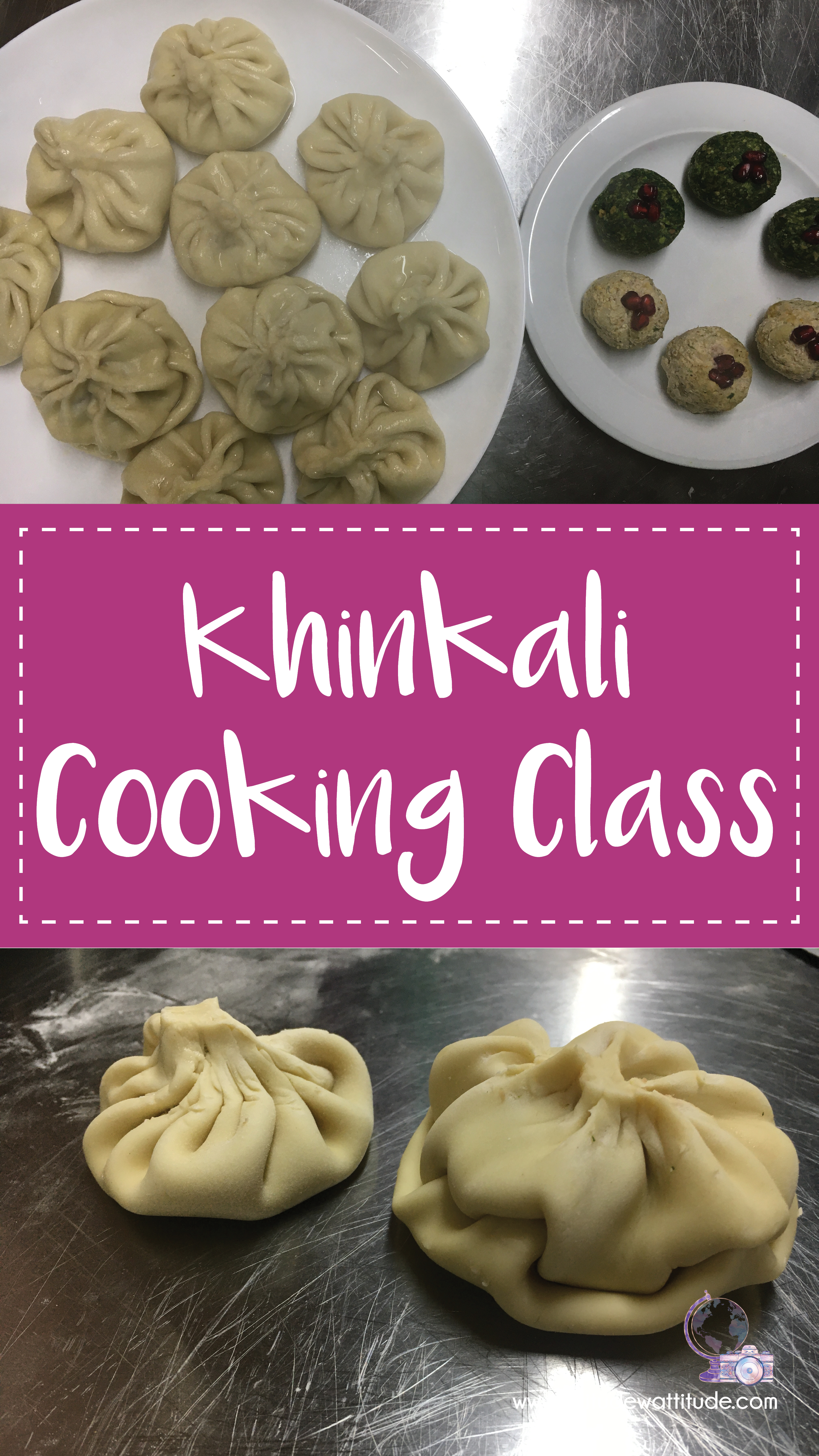