Our time in Georgia is running so thin! I know I keep saying that but considering I need to be on a plane headed home no later than September 16 we only have about 6-8 weeks left to explore this country. It’s time to take one more trip, go on one more hike, and tick as many things off our bucket list as we can.

One thing Sean’s been pestering me about doing was camping in Lagodekhi. Or well, “glamping” I suppose you’d call it. He found Duende Hotel several months ago and it took us until last weekend to finally take some time to disconnect in this beautiful forest. Part of the problem was they have become so popular they are essentially booked solid for the entire summer. By some miracle, we found a free weekend and made the nearly three-hour drive to Tbilisi to Lagodekhi for a relaxing weekend communing with nature. 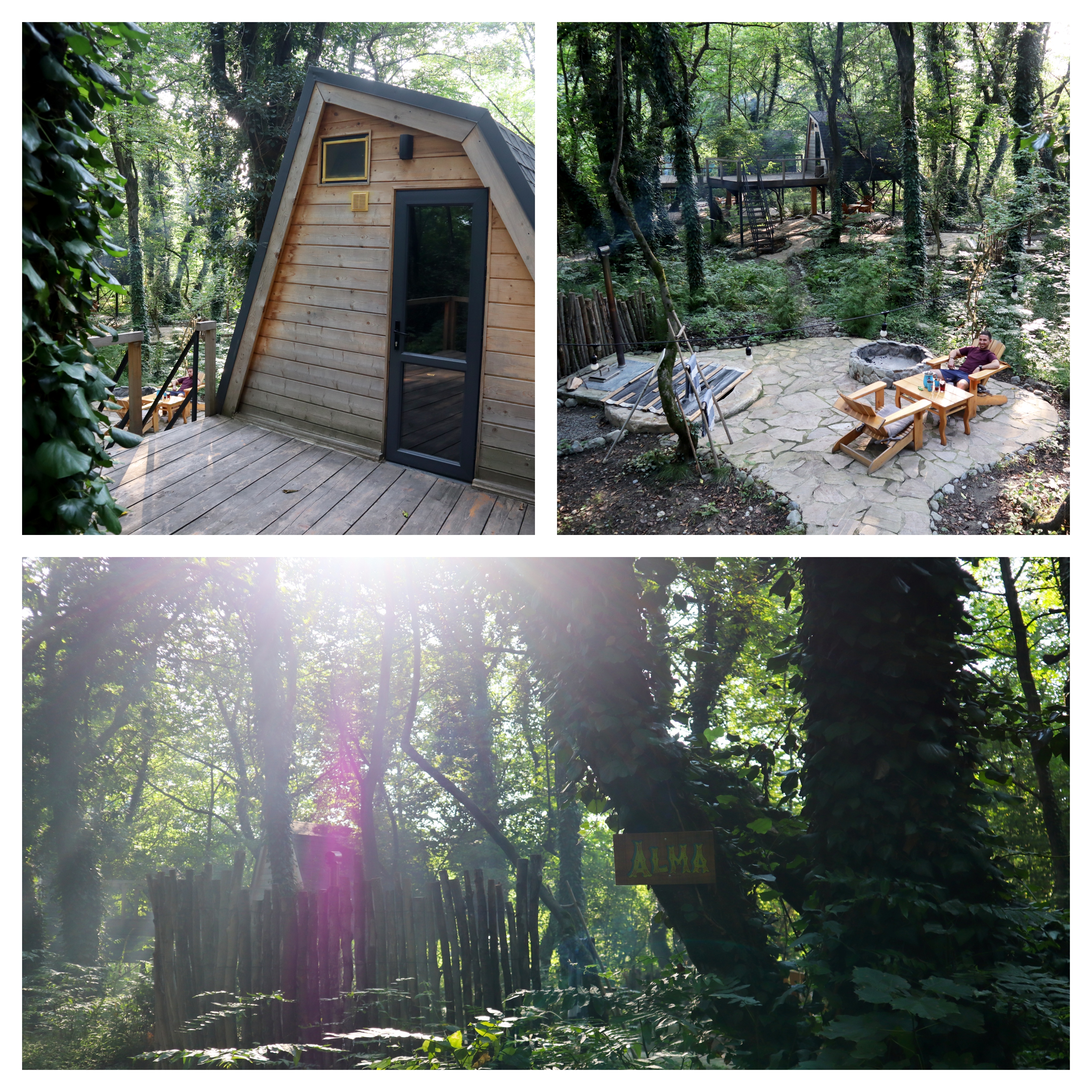 The hotel is located about 2.5 kilometers north of the town center in a secluded forested area. It’s far enough away from major roads that cell service is spotty and there is absolutely no internet. Each little bungalow is raised above the ground and features a tiny bathroom and shower, sink, bed, and that’s about it. Each room has it’s own semi-private outdoor area with a fire pit, seating area, and fire-heated hot tub. The hotel serves breakfast and dinner, as well as tapas around 5:00 pm each day. We loved simply sitting outside as the sunlight filtered through the trees listening to the sounds of nature. It really is the perfect place to disconnect from the outside world.

Of course, Sean and I are very bad at idling, so on our second and only full day, we decided to venture into the Lagodekhi National Park to try our hand at the Gurgeniani Waterfall (also known as Ninoskhevi Waterfall) hike. After my mixed showing in Mestia a few weeks ago, and my realization that I simply can’t do everything I used to, I was apprehensive but hopeful that I’d be able to make it all the way to the stunning waterfall.

The hike length is only about 9 kilometers (5.5 miles) round trip, and relatively flat. The most challenging part of this particular trek is a few minor rock scrambles toward the end as well as several river crossings. If you go earlier in the year, the river may be very high, possibly up to waist-level, or entirely impassable. By mid-summer, however, the water level was much lower and people had built temporary – though quite stable despite their looks – bridges out of fallen trees. Honestly, the most challenging factor of this hike for both of us was the heat. If I wasn’t pregnant, we likely could have conquered this trek in about 4 hours but with me needing to stop and rest several times it took us closer to 5.5. There are several forested areas but some of it was unshielded and that’s a long time to be under the blistering sun. We did manage to make it all the way to the end and were rewarded with these beautiful views. 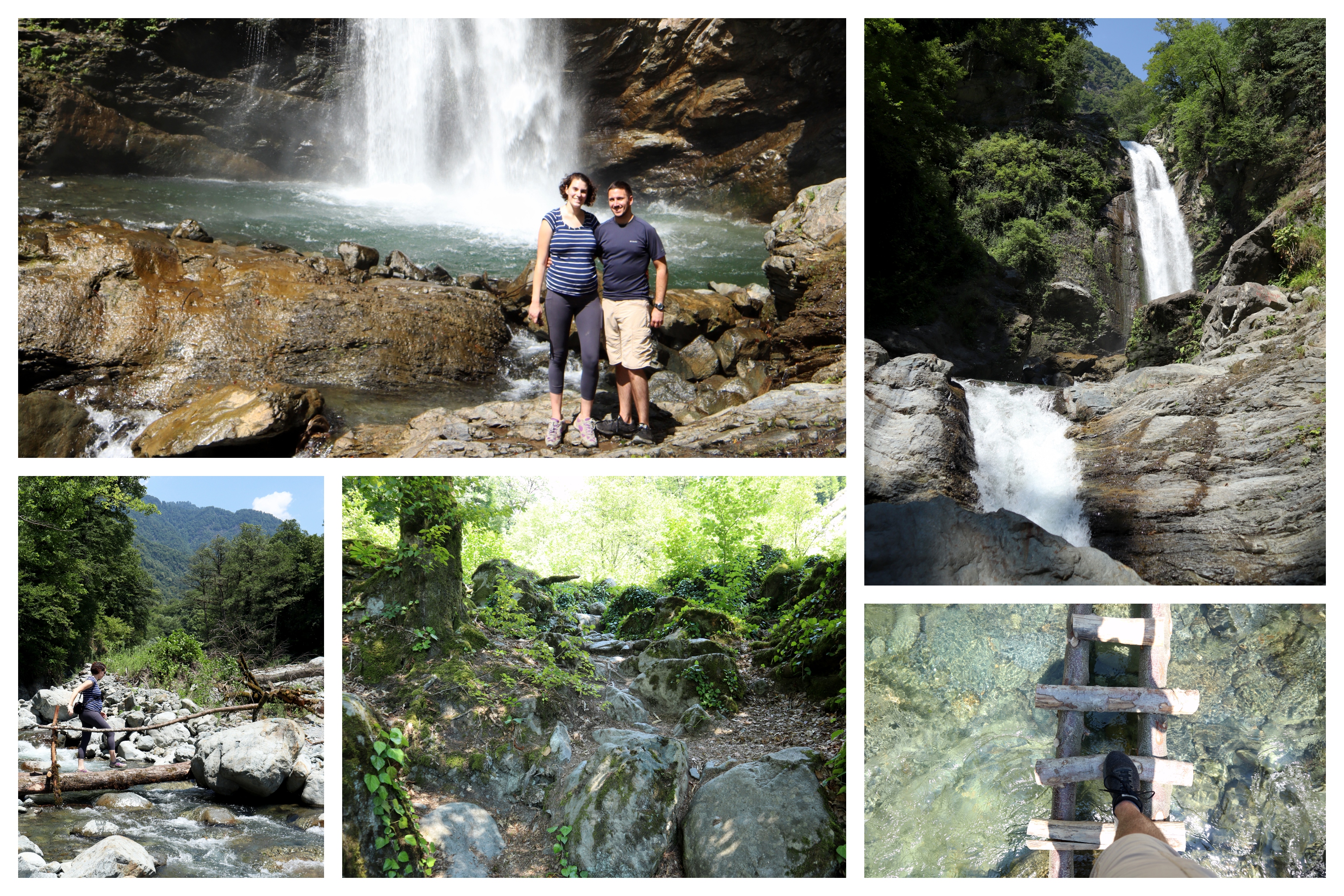 After the hike, we enjoyed a delicious dinner prepared by the hotel staff and relaxed by the fire until we were both falling asleep in our chairs. The next morning we awoke well-rested and savored our last few hours before checkout and driving back to Tbilisi. Overall I hight recommend Lagodekhi in general, but Duende in particular for a relaxing and peaceful disconnect from the everyday stress of life. 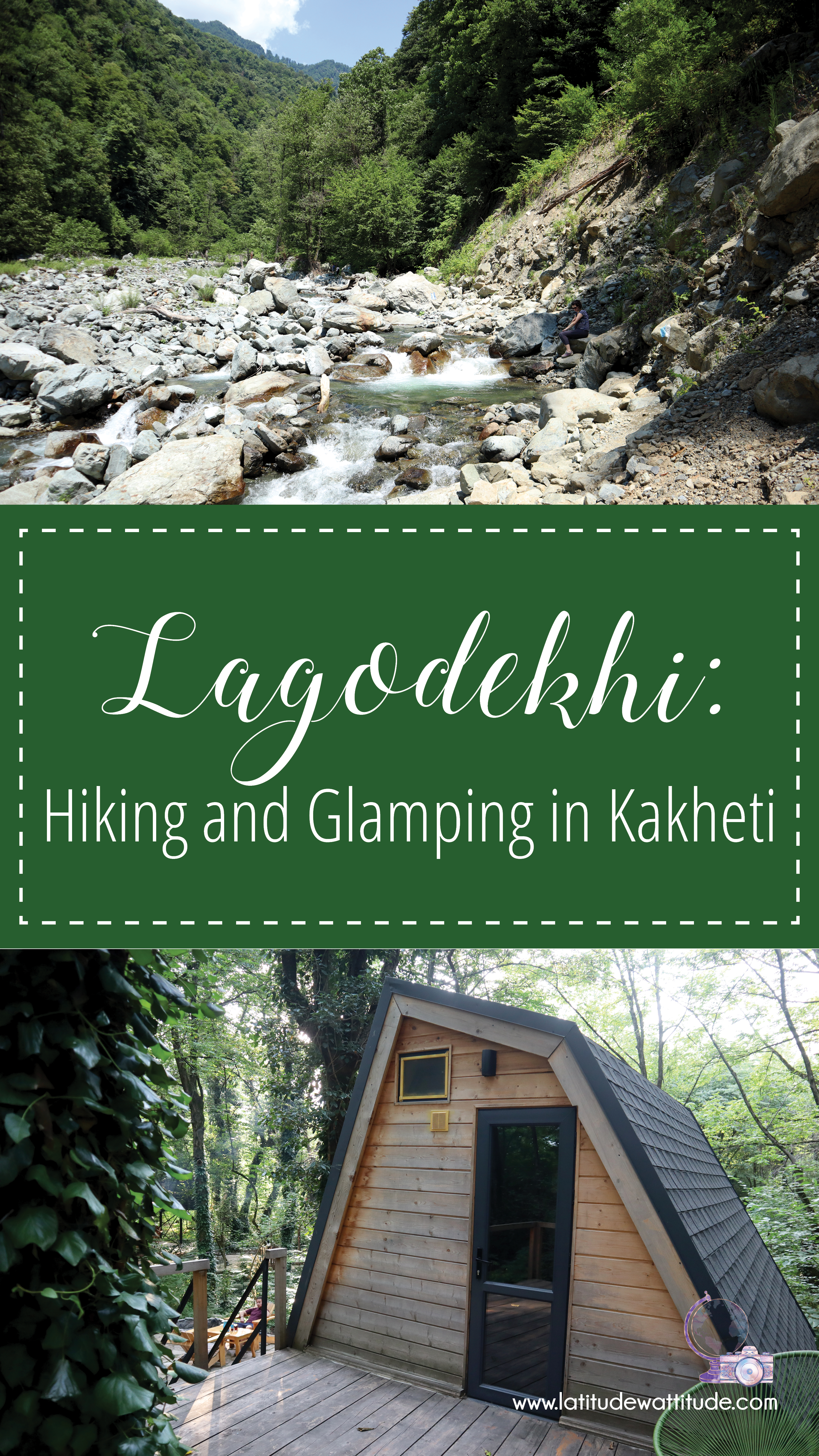 7 thoughts on “Lagodekhi: Hiking and Glamping in Kakheti”