In the two years we’ve been in Tbilisi we’ve probably walked past Caucasian and Oriental Carpets Gallery down by Sioni Cathedral in Old Tbilisi no less than a hundred times. The inviting storefront always caught my attention. A rotating cast of carpets draped over the fence and laid out on the street to tempt any passerby. I always slowed as I passed or stopped to admire the display, but I was never brave enough to actually enter the shop.

Until two weeks ago. 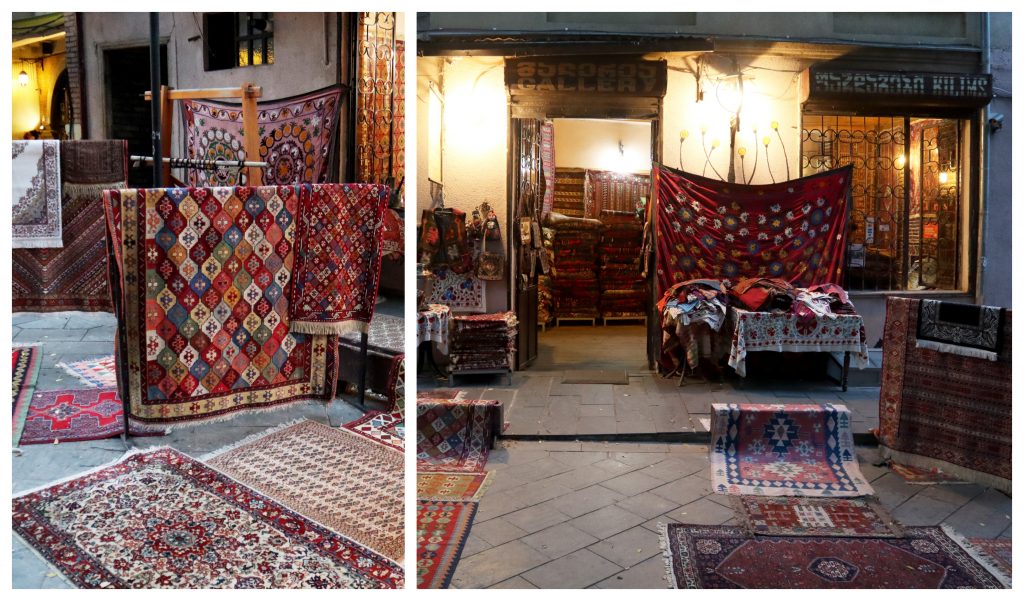 I’ll admit, I’m not a good carpet shopper. I have a very hard time articulating what I’m looking for since I really don’t even know myself. I’m one of those “I’ll know what I want when I see it” types of people. I also feel bad about asking the staff to take down so much stock before I even attempt to hone in what I’m looking for. To make matters worse, I’ve also started to go against my own set “rules” for carpet shopping. I always thought I wouldn’t like a rug if it wasn’t blue, but last year when we visited reWoven last year, I walked away with a beautiful Bordjalou that broke all my rules. I loved it at first sight which surprised both Sean and myself.

My own insecurities aside, I also worry about pushy salespeople at carpet shops. I’ve honestly never experienced this myself with carpets, but I’ve heard stories of sellers talking shoppers into purchases that they later regret. I’m a pushover (I blame my history of working as a sales associate for this), and I currently have an embarrassingly large bright yellow suzani from Tajikistan that has never seen the light of day because a saleslady talked me into it. I didn’t want to make the same mistake again.

So back to Caucasian Carpets. I had mentally set myself up for failure because 1) their stock was massive and intimidating, 2) I’m an annoying shopper, and 3) I was worried about pushy salespeople.

Well. As per usual, my fears were entirely unfounded. 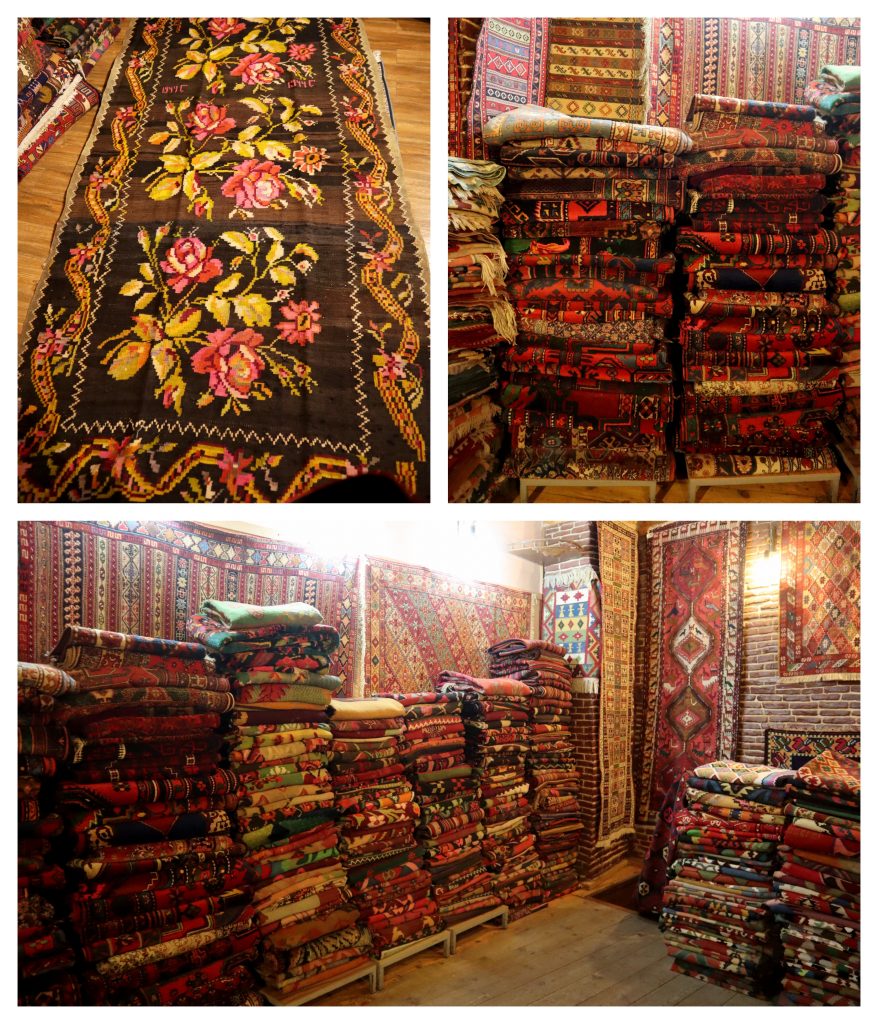 Caucasian Carpets Gallery opened in 1990 and is tucked in one of the most historic parts of Tbilisi. The business is largely family-run which adds to its homey feel. As I’ve mentioned, their stock is enormous and contains both old and new Georgian, Dagestani, Armenian, Azeri, Iranian, Turkish, and Central Asian carpets. They are constantly – CONSTANTLY – getting new stock so you never know what gems you’ll find.

Our friends from Sean’s office were our way in. This is actually their second tour in Georgia and I know they have bought countless rugs and carpets from this shop. I kept saying “we’ve all got to go rug shopping sometime!” over and over until it was literally the day before our packout started that we finally went. We actually almost didn’t go because I was stressed out about getting the house in order but luckily they convinced me to spare a few hours.

When we arrived the staff was immediately friendly and welcome. They probably could tell we were here on a mission and they were very excited to help us find the perfect carpets (or…ahem…carpets…). They were patient and kind when I went through nearly a full stack of pile rugs and still didn’t find anything. Then they mentioned their stock of silk rugs downstairs, so we headed to the basement to even more stock and they started pulling out some of the most gorgeous rugs I’ve ever seen. The staff were ready and willing to lug anything we were interested in outside so we could see them in the sunlight – which I highly recommend since it changed my opinion about several options. 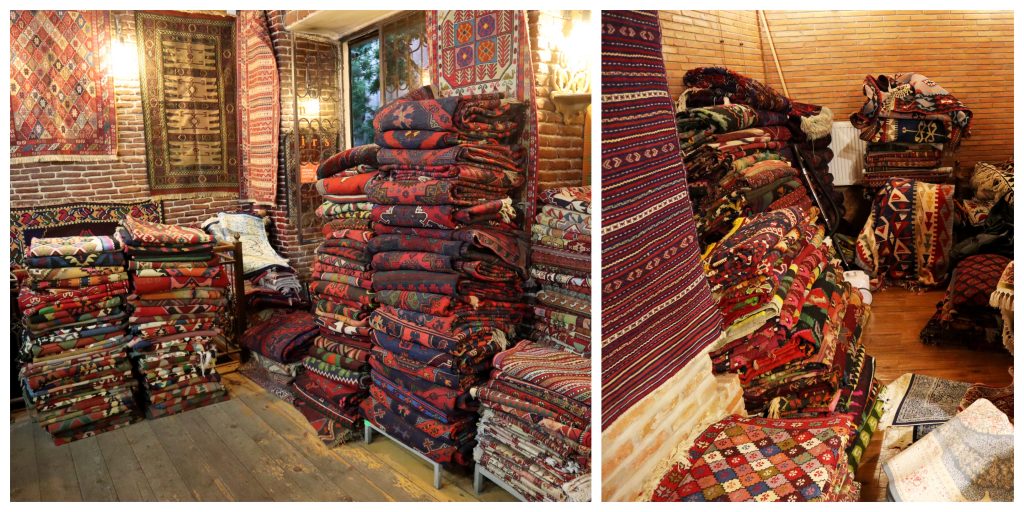 Throughout the process I never felt rushed, pushed, or that the staff was annoyed with me for being indecisive. I can’t speak for any other carpet sellers in Tbilisi (aside from the aforementioned reWoven) but if you want a casual experience with tons of options, this is the place for you.

After about two hours, Sean and I walked away with five carpets total – three for us and two for his parents. Nothing quite like last-minute shopping! Quite honestly it’s probably a good thing packout is over and we can’t collect any more carpets. It’s honestly quite addicting.

One quick note: Caucasian Carpets will take credit cards, but if you are able to pay in cash they do give you a discount. The markup with credit cards comes from the processing fee. It can be pretty substantial, so I’d highly recommend bringing cash with you if possible. 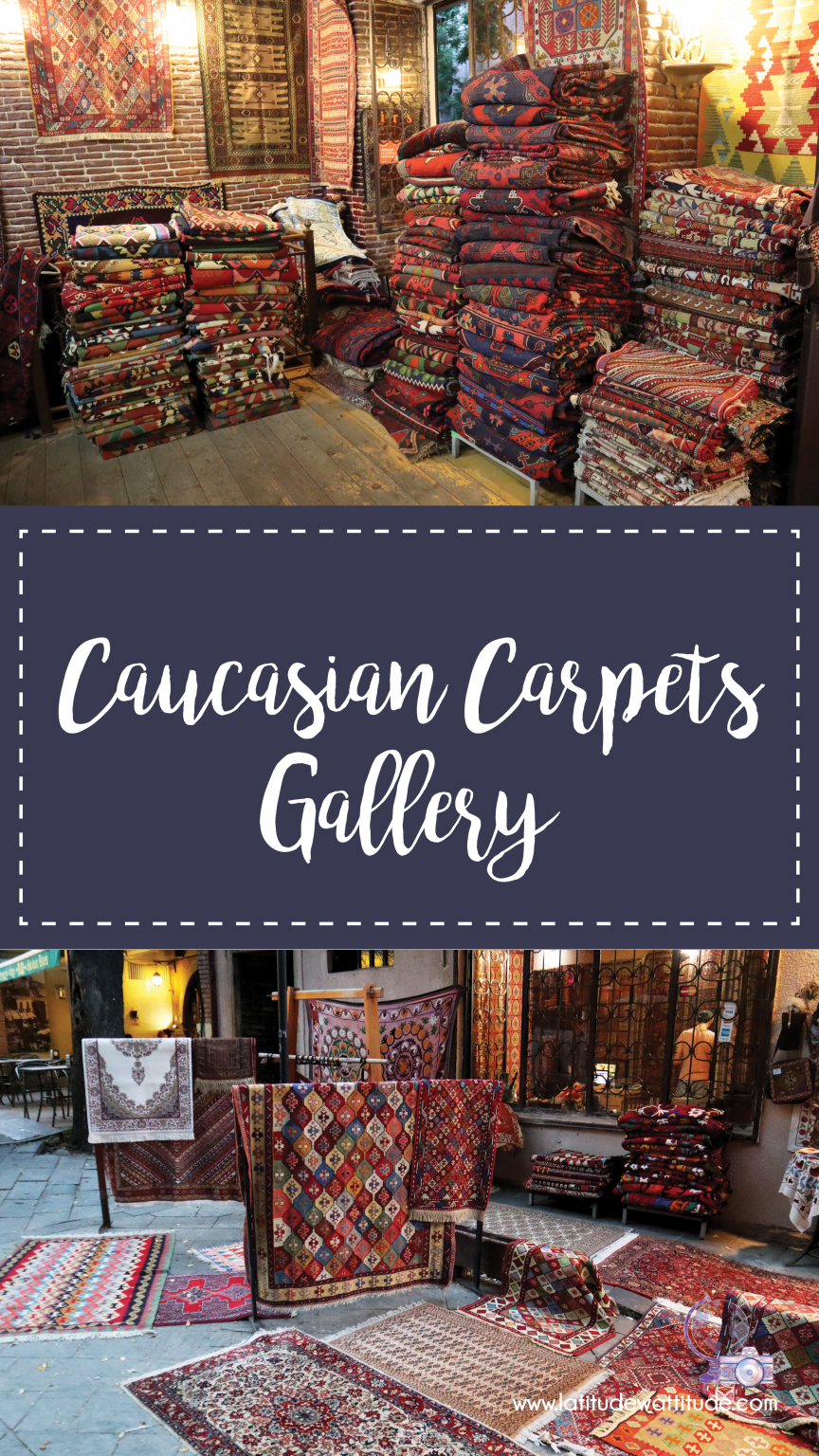