For anyone who doesn’t know, last month Sean and I moved home to Maryland after just over two years in Tbilisi, Georgia. In ordinary times, an international move with five animals in tow is a harrowing experience. This time around, the move was complicated by pregnancy and a global pandemic.

Now, you would think these two added factors would make things even more complicated, but somehow we managed to check all the right boxes, fly at the exact right time, and game the system just enough to make this the smoothest transition ever. We are by no means done, we are still waiting on our ground shipment from Tbilisi and attempting to adjust to life in the United States, but considering two humans, two cats, and three dogs all arrived in Maryland safe and healthy is a win in my book.

This PCS was strange for the reasons previously mentioned, but another way it’s messing with my brain is the time of year. For our previous three moves we’ve left sometime in the summer. It’s spanned anywhere from June to August, but we’ve always moved in the summer. This means we were always set and essentially moved in by September/October. We’ve received all our shipments at the latest by the last week in September. By Halloween, we are unpacked, arranged, and fairly settled into our new environment. I even make a point to decorate.

This time we left mid-September and even just that little shift in time has thrown me for a loop. It doesn’t help that it’s been relatively warm in Maryland for October, so I definitely still think it’s summer. Pumpkin spice lattes and fall candles are everywhere, which you would think would help clue me in, but I’m still massively confused. It took five weeks to receive our air shipment – which was partially COVID, partially airlines being dumb – but that huge delay only compounded my feelings. I have no idea when our ground shipment will arrive, but at this point, it will most certainly get beat out by the arrival of our daughter.

We’ve also run out of our allotted time to live in a hotel upon returning to the States, and last night was the first night we slept in our house. Normally, I’d be thrilled to finally put an end to in-between life where we hang out at our house all day and then at 11:30 pm drive over to a hotel just to have a mattress to sleep on, but of course this time it’s been more complicated. Unfortunately, due to COVID, the mattress we ordered to serve as the guest bed hasn’t arrived so we had to opt for one of those “bed in a box” solutions for the short term. It arrived this morning, which means last night Sean and I were split between the couch (him) and the air mattress (me). Not an ideal situation at nine months pregnant, but what can you do?

There are also plenty of items I wouldn’t normally consider for our air shipment that I’m currently missing which isn’t helping me realize it is indeed fall, not summer. I didn’t even think to pack any Halloween decorations or costumes. I packed none of my baking equipment to make an apple pie or crisp. I totally forgot to grab any mugs for warm cozy drinks as the weather does finally cool off in Maryland. I feel very discombobulated.

It also doesn’t help that I’ve been pregnant for approximately 700 days. Between the PCS, pandemic, and pregnancy, time has sped up and slowed down all at once. I’m currently at the duality point of “get this kid outta me!” and “stay in there girlie, we have so much to do!”

That being said, with our daughter arriving so soon, and just the lack of available time and travel options at the moment, I’m not entirely sure when I’ll be back to blogging. I don’t anticipate taking a long hiatus, but I also don’t want to hold myself to any sort of date or schedule.

I will (hopefully) talk to you soon. Perhaps by Christmas I’ll be a bit more organized and a lot more settled. Probably wishful thinking with a newborn on the way, but we’ll see! 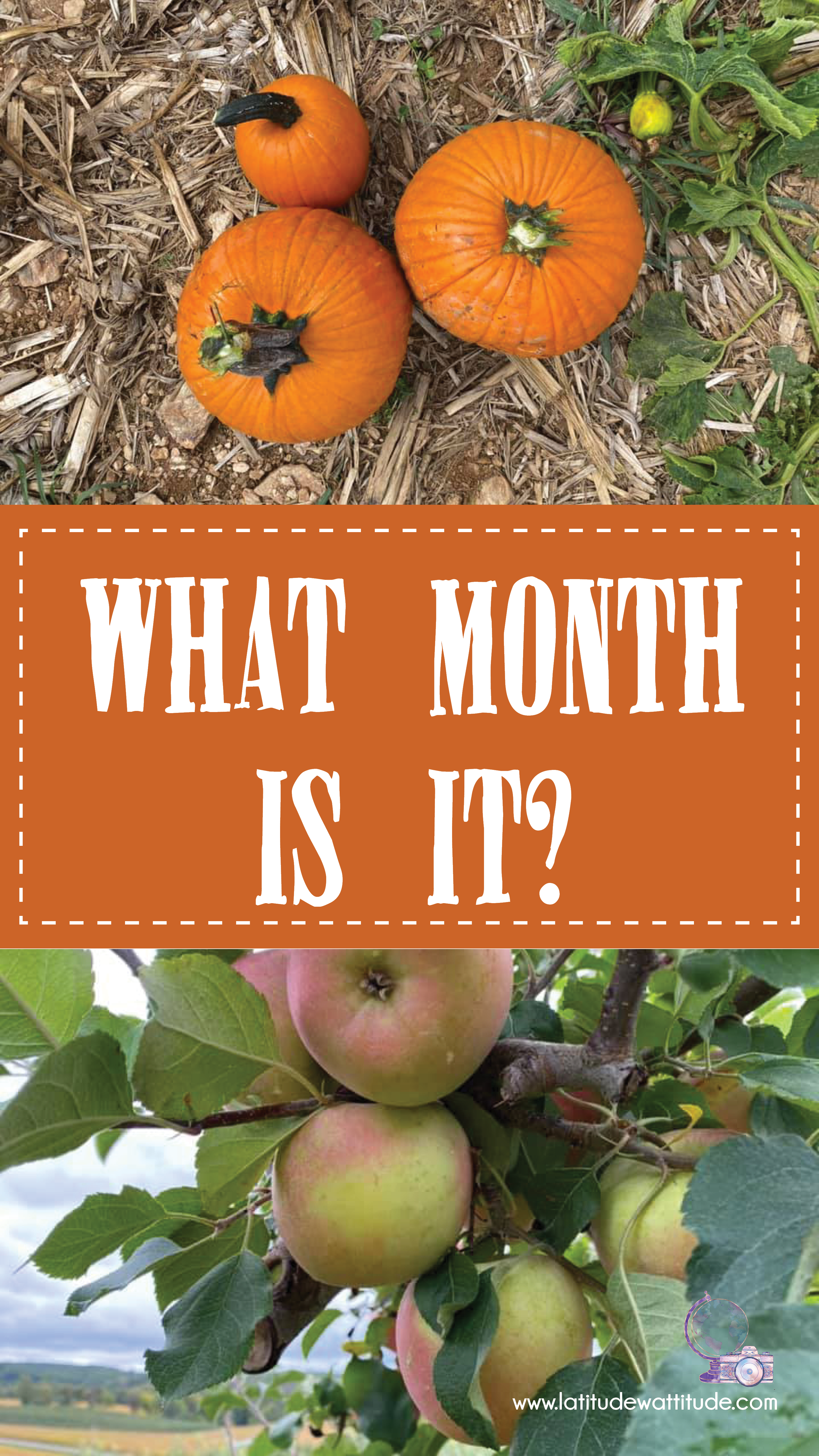 One thought on “What Month Is It?”