Back in March of 2018, I wrote about my nemesis for the first time. The sweet gum trees. I spoke romantically about these “gentle giants” with their “comforting shade in the summer” in a way that only a new homeowner could. Ah to be young and dumb again.

Because let me tell you. Those trees are pure evil.

After returning from Georgia in 2020, older, wiser, and extremely pregnant, suddenly those watchful guardians seemed like towering menaces. Additionally, it didn’t help that our entire yard was overgrown and wild after two years of neglect from renters. We dug out as best we could, but with a baby arriving in early November – not to mention the repercussions of an international move – our efforts were feeble at best. Then to make matters worse, we decided our little house was far too little for our growing family, and we’ve been in the process of building a house for over a year now. (More on that later…maybe.) With a potential light at the end of the tiny house tunnel, it made me even less enthusiastic about trying to keep up with the never-ending maintenance of this house.

That is, however, until last week. 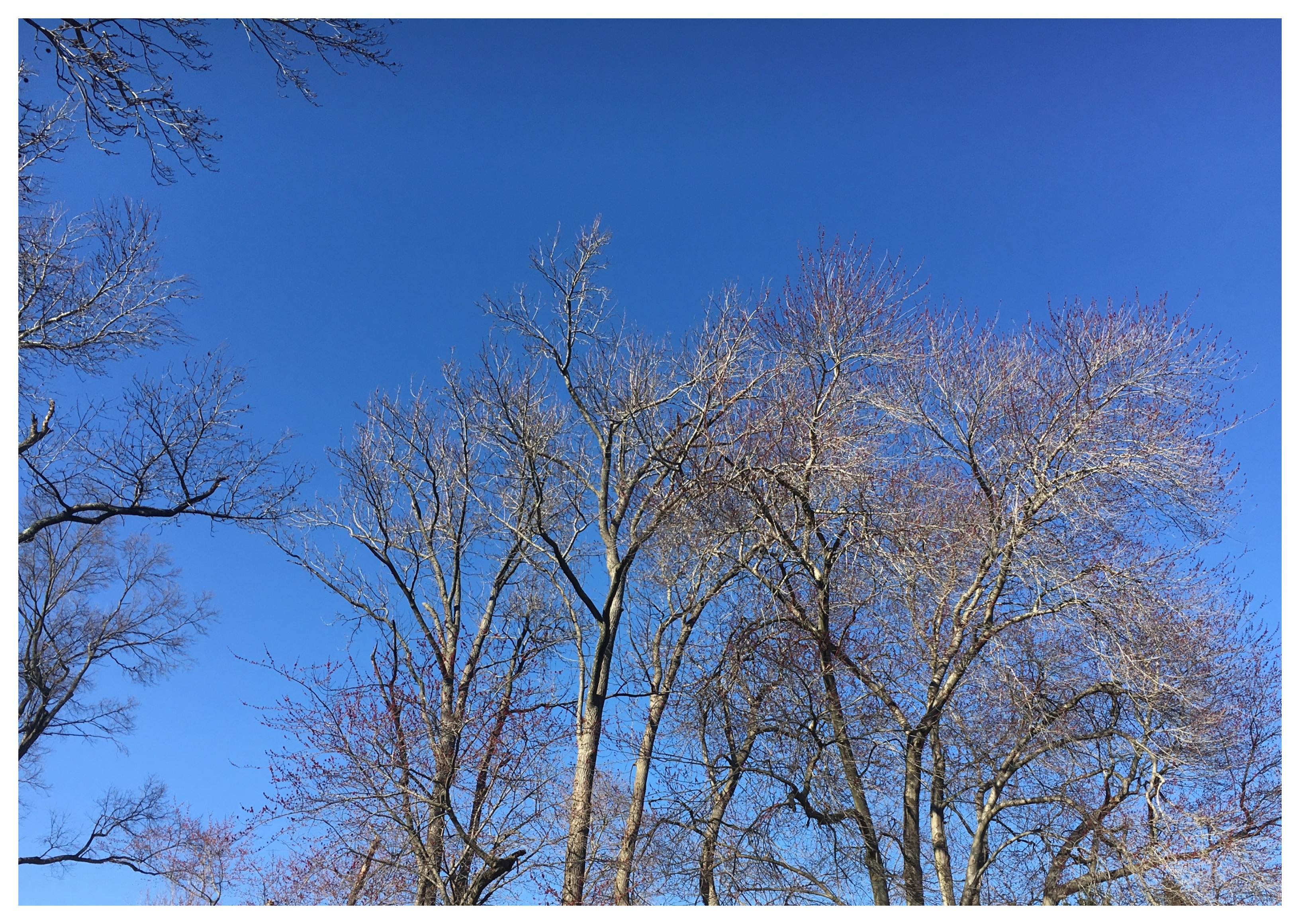 The problem with the sweet gum trees is their size. They are simply far too large and unstable for a residential setting. It seems every week one of these half-dead monstrosities falls on a house or car. We’ve also been experiencing quite a windy spring, which, of course, increases the risk of falling branches. Two weeks ago Sean and I were out doing some yard work with our daughter in tow, and out of nowhere, a massive branch fell from the sky and landed about a foot away from her. She was completely unfazed, but I nearly fainted. I scooped her up, ran into the house, and began plotting their demise.

Let me tell you, nothing motivates you quite like your child. One week after the falling branch incident, a team of professionals was on the scene to eliminate the threat. This particular tree throwing branches happened to be the largest one looming over the house. It took them about two hours to tear it down (literal limb from limb) and it was fascinating to watch. We also had them remove two smaller trees on the side of the house that were overgrown and encroaching. 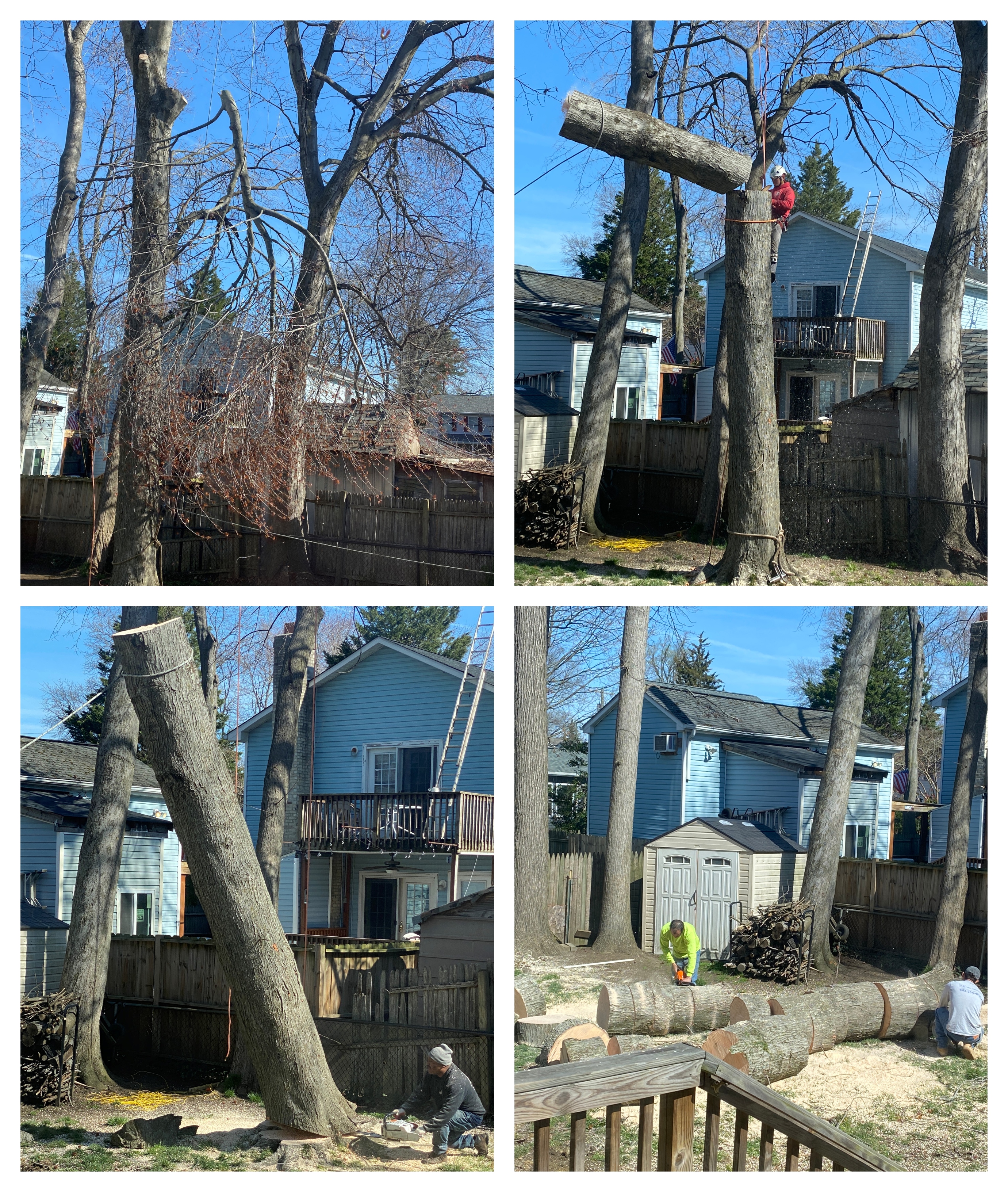 That evening after we put the baby to bed, my mom and I went out to the newly-open backyard to enjoy a crisp spring evening and a fire. For the first time since owning this house, I felt like I could truly take a deep breath in my own backyard. I didn’t realize how closed in I’d felt. It was like a lid has been lifted.

And after five years of owning this house, I could see the stars. 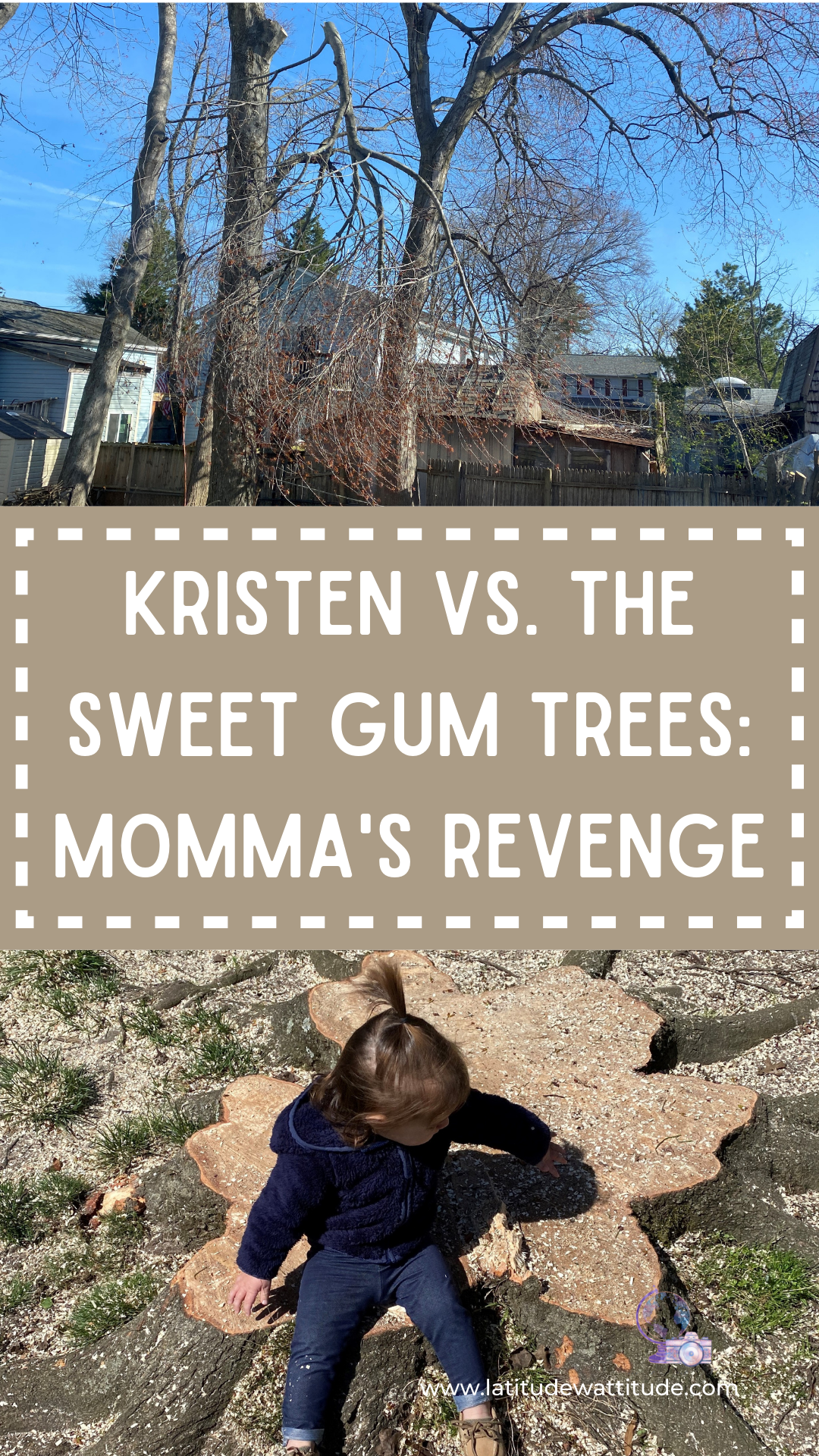